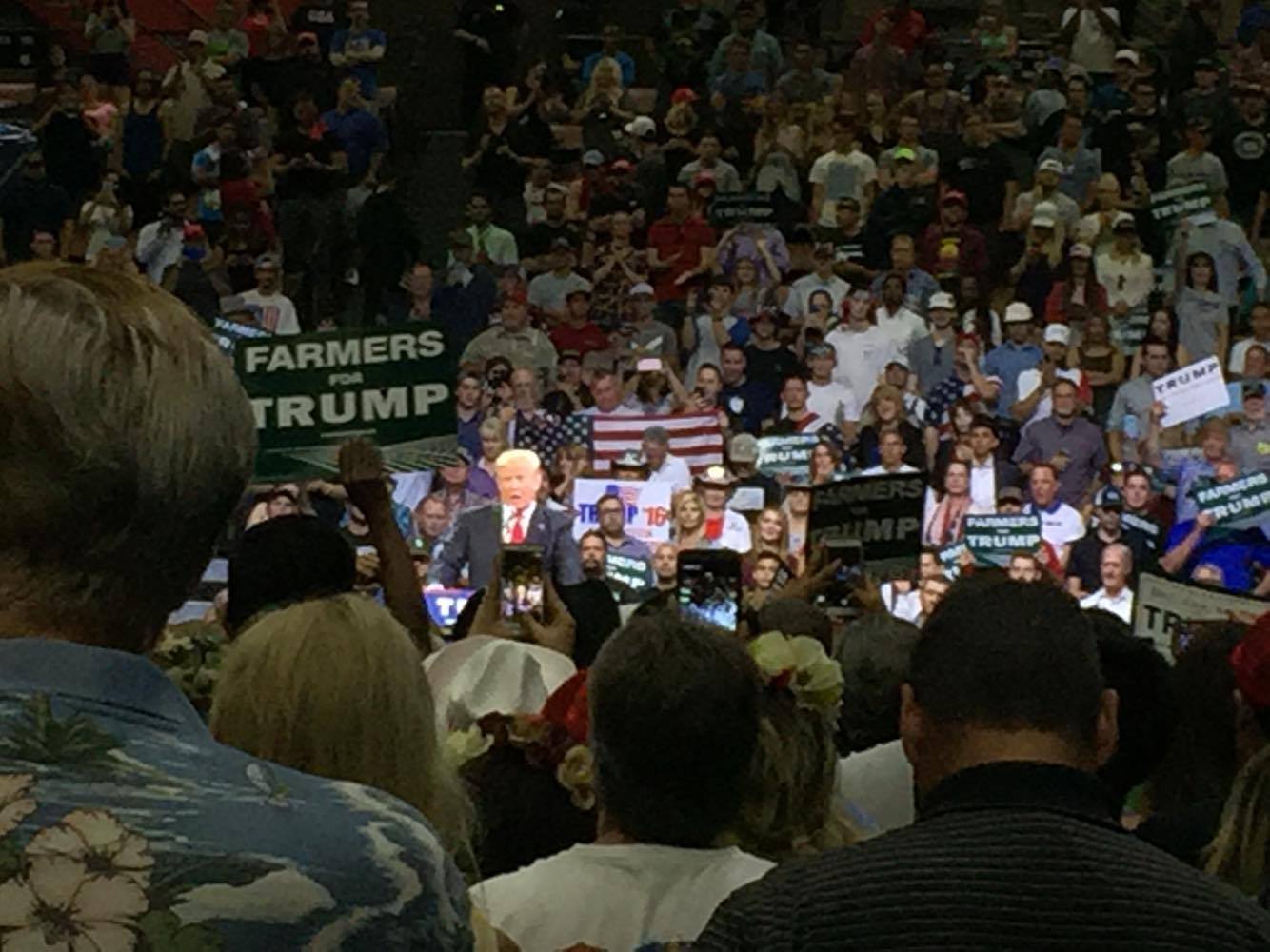 ‘I want to get into action, I’m getting a little bored’

Presumptive Republican presidential candidate Donald J. Trump stopped in Fresno, California, for a rally Friday morning before heading to San Diego in the afternoon . The Selland Arena was filled with over 11,000 attendees, both Trump supporters and protesters, although anti-Trump remonstration was decidedly less abrasive than it has been in previous days.

The rally was introduced by local talk show host Ray Appleton, followed by a prayer and the Pledge of Allegiance, and speech by senior advisor Stephen J. Miller that attacked Democratic hopeful Hillary Clinton, “(she’s) got some issues. She’s a criminal for one, and that’s tough,” and zeroed in on allegations of corruption within the Clinton family, “Give money to Bill, get favors from Hill.” 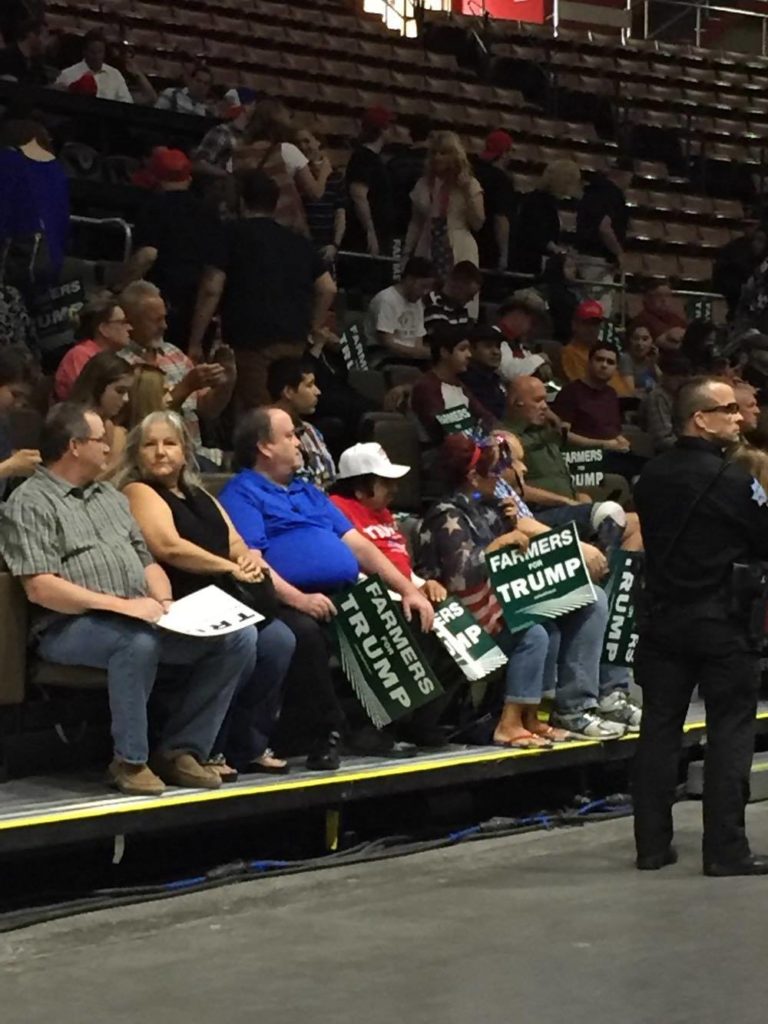 Fresno and the San Joaquin Valley is one of the US’ top regions in agricultural production, and many attendees were local businessmen and farmers. This area in particular has been massively affected by the drought, with individual households being forced to cut water usage by nearly 30%.

After taking the podium, Mr. Trump focused heavily on water and agricultural problems, “We’re going to solve your water problem. It is so ridiculous, they’re taking water and shoving it out to sea.” He continued “I want clean air and I want clean water… so that farmers can survive, so that the job market can get better.” He attacked the responsibilities of California senators, representing the people but also supporting environmentalists at public cost, “They play both sides, but they’re not for you.”

Mr. Trump also touched on his recent endorsement by the National Rifle Association, “It’s not a radical agenda, it’s called the Second Amendment, folks,” before addressing Hillary Clinton as “really hard for me to watch, because she’s so boring… She’s always skirted the edge, she’s not competent.”

The crowd responded thunderously to Trump’s reiteration of building a wall and making Mexico pay for it, as well as his statements, “With men I’m setting polling records. The men like Trump. I’d rather have the women like Trump… I love women, believe me, I love women.”

Protester outbursts occurred several times throughout the rally, including a man screaming “You are an idiot!” and later yells of “F*** Trump!” by a group of young adults sporting a banner that read “Love Your Neighbor.” Although the protestors were quickly removed within the arena, they continue demonstrating outside following the rally. 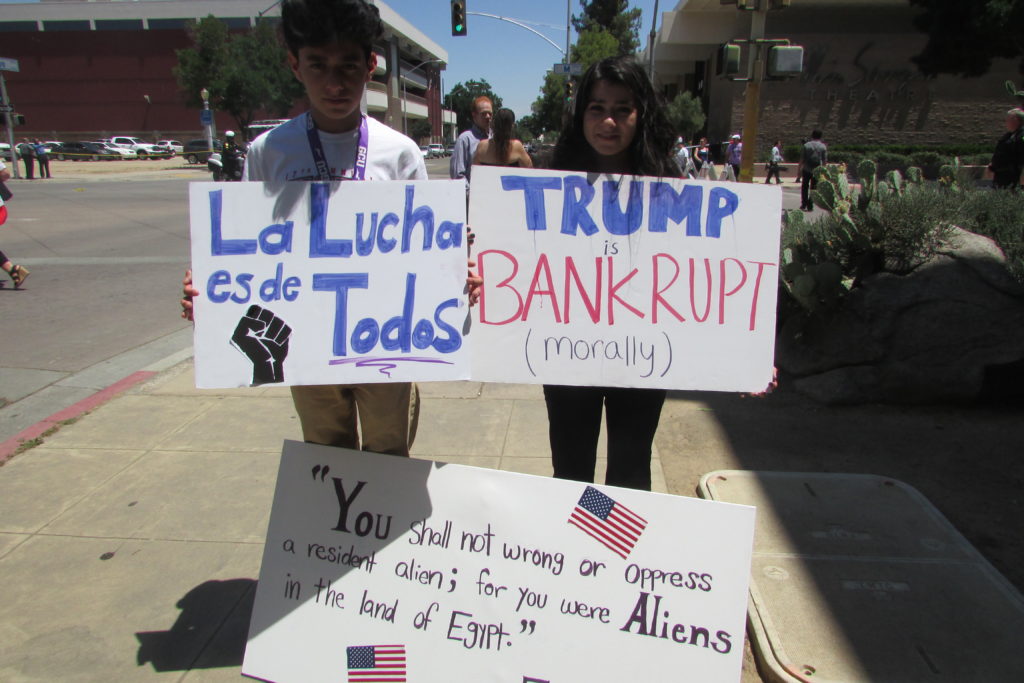 Although Trump has by all accounts clinched the Republican nomination, he explained his intention to continue rallying and giving speeches through California in the days approaching June 7th’s primary election, “I want to get into action, I’m getting a little bored,” encouraging Californians to “go out and vote, just do it.” 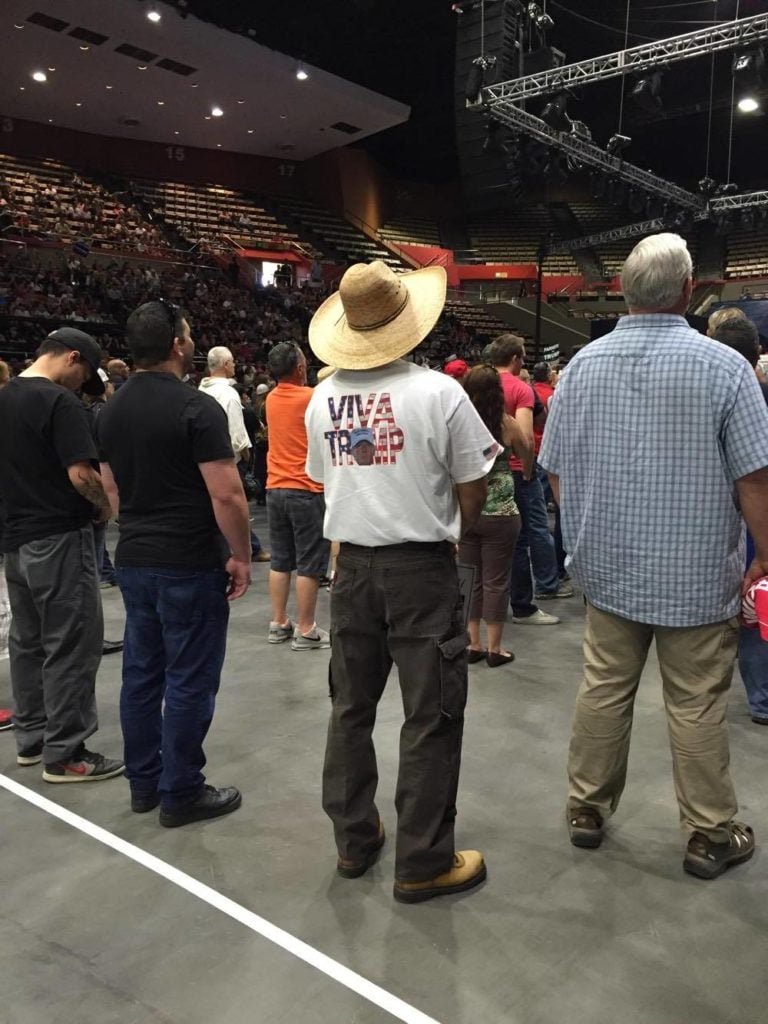