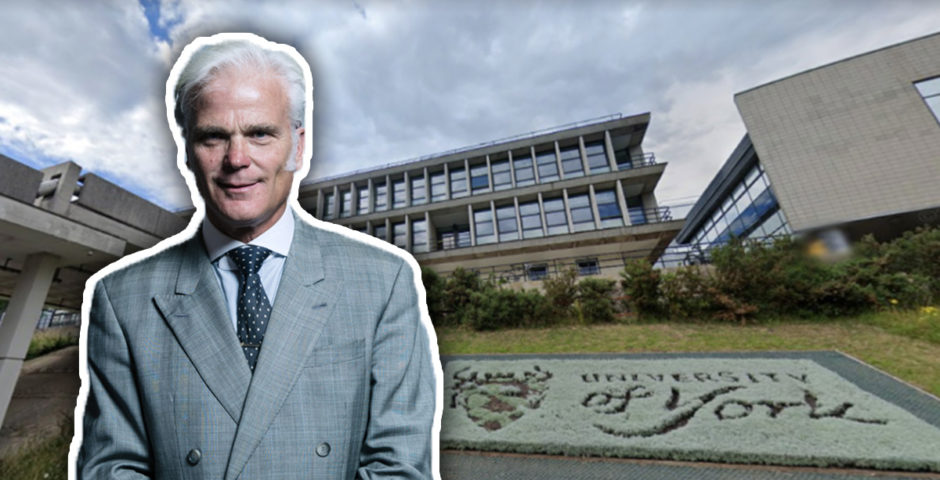 The University of York Tory Party Society has faced backlash after inviting MP Desmond Swayne to speak at a university event.

Desmond Swayne, Tory MP for New Forest West has previously defended blackface as “an entirely acceptable bit of fun”, suggested voters should have the right to elect misogynists and racists and called the protestors of George Floyd’s murder “looters, arsonists and rioters” who “have it coming”.

He is scheduled to speak at “An Evening with Sir Desmond Swayne” held by the York Tories at the Mighty Oak Hotel on the 21st October. Tickets for the event range from £35 to £37.

There has since been widespread backlash from the student community, including a public statement from the YUSU BAME Network. They told The York Tab: “Someone who has demonstrated such uninformed, belittling and invalidating views on extremely nuanced and pressing issues like race and protest, poses a serious threat to the mental health and wellbeing of minority-ethnicity students, and should not under any circumstances be welcomed into our University.”

After contacting the York Tories expressing their concerns privately on the 10th September and receiving no reply, the York BAME Network released a public statement condemning the event as they felt they “owed it to the minority-ethnicity student body at York to speak on this matter publicly.”

The York Tories told The York Tab they will not be cancelling the event as “it is [Desmond Swayne’s] long parliamentary career and numerous positions he has held over that career which has led to his invitation.” They also said: “We take racism and discrimination to be serious issues and any instances of it within the society are treated with utmost urgency.”

The University of York said: “We recognise this particular event is causing upset, and having been alerted to these plans, we will work with YUSU and its societies to address the impact of any such event going ahead.”

Desmond Swayne has previously been pictured in blackface at a party dressed as soul singer James Brown. Swayne admitted to “blacking up” for the party and said he had “no intention of apologising” for this. He also dismissed Canadian Prime minister Justin Trudeau’s use of blackface as “an entirely acceptable bit of fun”.

Swayne also suggested that the protestors protesting the murder of George Floyd were “arsonists and looters” who “have it coming” and suggested that voters “have the right” to elect a racist or misogynist if that is who they feel represents them.

I emailed my local MP asking him to condemn Trump’s actions, support BLM / black people in our community and urge the UK government to take action. This was his response to my email … #BlackLivesMatter pic.twitter.com/1hsEH4BoqB

The YUSU BAME Network told The York Tab: “We’re extremely disappointed to see a student society arrange an event like this. Inviting and platforming individuals such as Desmond Swayne, who have track records of offensive and upsetting behaviour, is unacceptable. It welcomes and legitimises harmful views within the University space. Someone who has demonstrated such uninformed, belittling and invalidating views on extremely nuanced and pressing issues like race and protest, poses a serious threat to the mental health and wellbeing of minority-ethnicity students, and should not under any circumstances be welcomed into our University.”

They continued: “As the University has branded themselves as an anti-racist institution, we would like to see them back this claim up by not allowing this event to go ahead as planned. We understand that there are laws and regulations in place which may stop this from happening, so we would at least like to see the University publicly condemn the Tory society for inviting someone with such harmful views into the University space. The term ‘anti-racist’ is inherently active and progressive, and must remain so. It cannot be allowed to become a corporate buzz-word which slowly loses its meaning.  We as a network are concerned about what will happen if corporations like the University of York continue to co-opt this language, but do not then act accordingly when real issues such as this arise.”

In response, a spokesperson for The University of York said: “Our approach to tackling racism is first and foremost based on listening to experiences. We will absolutely be following up on this feedback. We are working to educate and raise awareness across the University about the harm caused by many forms of racism, be it overt or hidden. Our Race Equality Coordination Group is here to take action and students can find out the latest on our race equality action plan by searching online for York and ‘let’s talk about race and racism’.”

A spokesperson for the York Tories said: “The University of York Conservative and Unionist Association has taken careful consideration of these views by Desmond Swayne; however, it is his long parliamentary career and numerous positions he has held over that career which has led to his invitation. He can offer invaluable knowledge from his own experience, which can often be hard to gain. The University of York Conservative and Unionist Association wishes to hear his views on the abhorrent conflict in Ukraine, the cost of living crisis, reflections on the British constitution following the death of Queen Elizabeth II, as well as other challenges the government faces.

They continued: “It is important for us to convey that contrary to what the BAME society has said, the Mighty Oak Dinner is not actually being held within the University Campus or indeed within the city limits at all. In lieu of this information, many of the concerns that the BAME society have put forward are invalidated. We’ve worked closely with YUSU (University of York Student Union) to abide by all of their guidelines. In addition, we have received no direct complaints from individuals within the society about the event, but let it be noted that if any complaints do come forward we will respond appropriately, following YUSU’s guidance and working with their own officers to resolve such issues. Our society’s constitution safeguards its members and brings them all under the University’s complaint procedures as well as YUSU’s code of conduct.

“As a final note, as a society, we take racism and discrimination to be serious issues and any instances of it within the society are treated with utmost urgency and with suspension until a disciplinary procure has been undergone, if any instances of it are brought to our attention.”

A spokesperson for The University of York said: “When one of our Students’ Union societies organises events on University premises and requests external speakers to attend, there is a comprehensive process to follow – with YUSU, and if appropriate, the University – before anything goes ahead. In general, there are legal limits to what the University could do to stop events happening, especially one being held off campus at a hotel.

“We know many of our students disagree with society invitations, and in this sense, we appreciate the limits placed on us legally – including the duty to uphold lawful free speech – can create tensions with our ethos of being an inclusive and welcoming community. We recognise this particular event is causing upset, and having been alerted to these plans, we will work with YUSU and its societies to address the impact of any such event going ahead.” 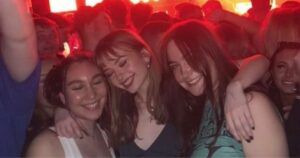 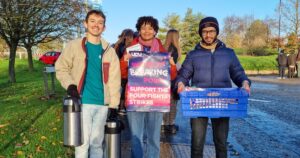 ‘Lecturers are exhausted and overworked’: What York students think about the strikes