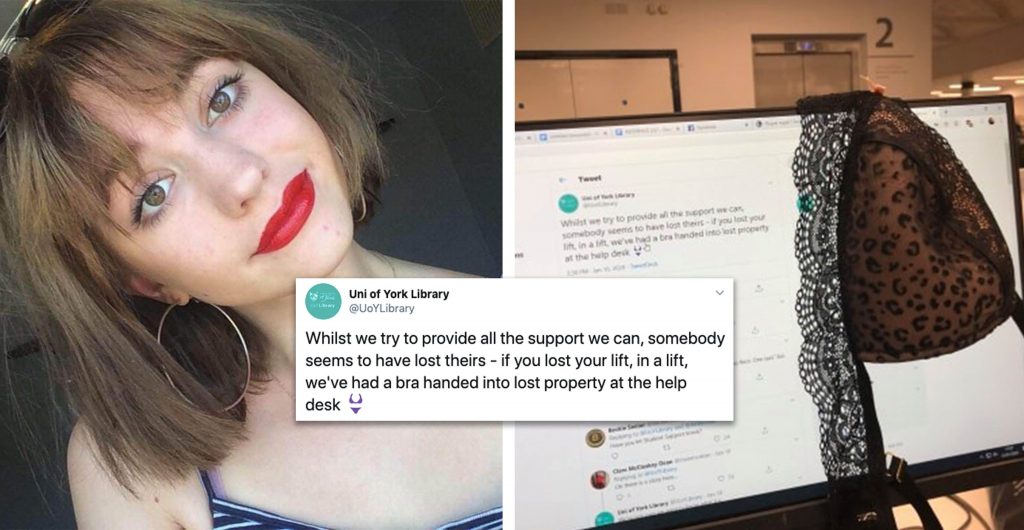 She went to get it back because ‘bras are expensive’

It is a well understood fact that York is a boring uni where classic things rarely happen. So you can imagine the meltdown when the library Twitter account let everyone know an abandoned bra had turned up at the lost property desk.

Yorfess imploded, commenters went hysterical. Who in York could possibly have the BDE to take off their bra in the library and then leave it in. a. lift?

Well it turns out that fresher was Ruth Kirby, a fresher. She told The York Tab the bra was "uncomfy" and she's actually done it "countless times" in public. 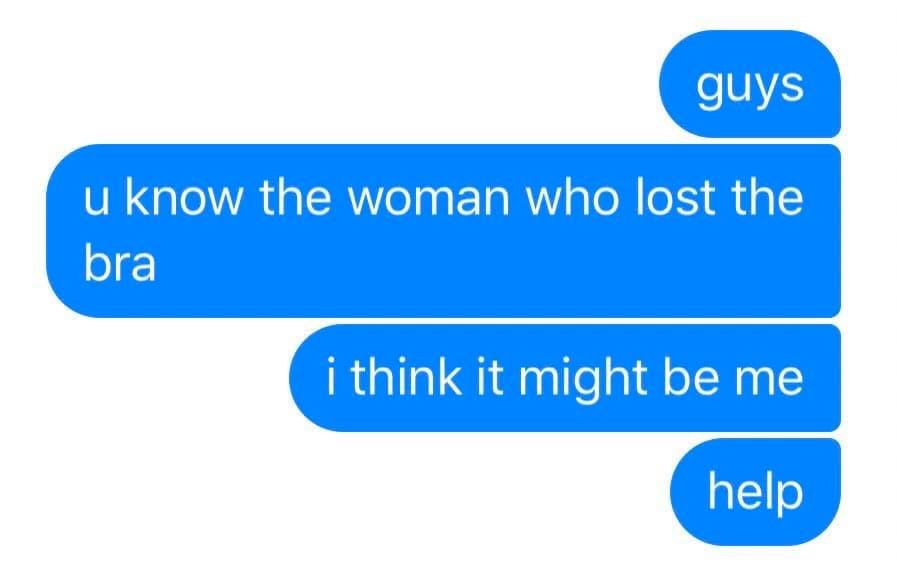 When asked how this came about, Ruth initially warned The York Tab: "If you're looking for a salacious elevator sex story I'm afraid it's not that.

"It's the most boring thing, I literally just did not fancy having my bra on anymore because it's uncomfy, it's a thing I've done countless times in public and just this once seems to have bought me an unwarranted fame.

"I must have just dropped it somewhere, no one is ever going to believe that obviously because of my whole image, but it's unfortunately very boring and innocuous!"

always knew i’d end up famous for something, was not expecting this. https://t.co/K8lmGSEuyT pic.twitter.com/oxNEUqLtMf

Ruth also told The York Tab she only realised it was her bra after her boyfriend showed her the post on Yorfess and suggested it sounded like her, which lead to her having "about three minutes of horrible realisation."

The library's tweet read: "Whilst we try to provide all the support we can, somebody seems to have lost theirs – if you lost your lift, in a lift, we've had a bra handed into lost property at the help desk."

Her boyfriend also took a video of the collection, so that Ruth's friends "wouldn't call her a liar." You can view the video on The York Tab's Instagram story.

Ruth was "absolutely mortified" but still went to collect the bra.

"Bras are expensive," she told The York Tab.

She told The York Tab she always knew she was destined for fame, though was horrified at the idea her "whole uni career will now be overshadowed by the fact that I'm now the girl who lost her bra in the library lift."