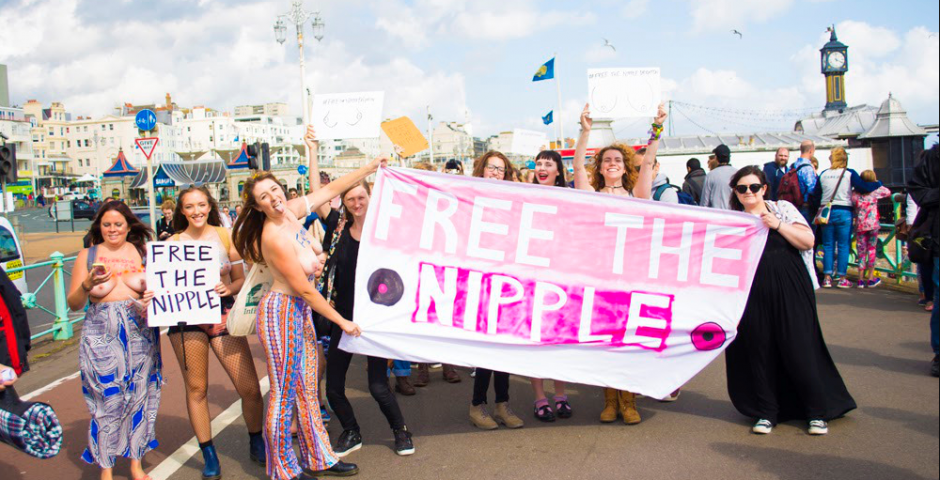 The event that focuses on gender equality through equalising body parts

In true Brightonian and liberalist fashion, hundreds of topless men and women marched round Brighton for the now annual “Free the Nipple” event. The event itself focuses on the desexualisation of women’s breasts in aid of destigmatising the female body, breastfeeding and keeping the ongoing battle for gender equality raging on in the 21st century. 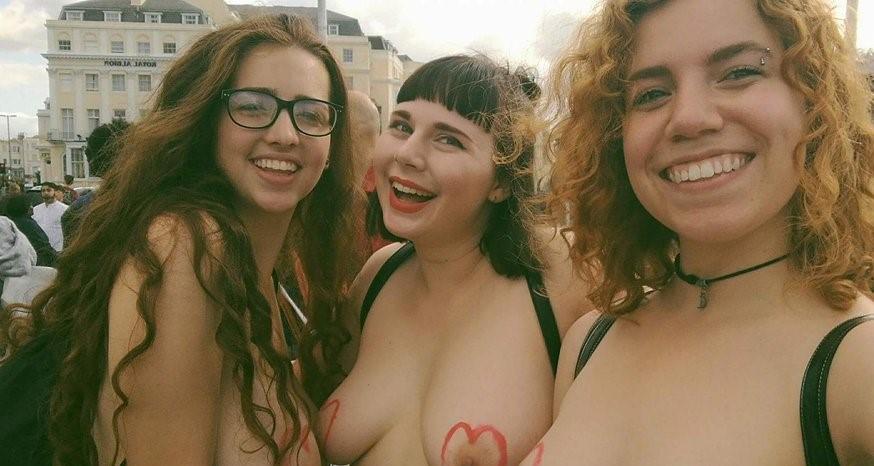 Organiser Bee Nichols said “Free the Nipple is about spreading a new kind of message. One that says we don’t have to subscribe to unrealistic beauty ideals or sexist double standards.

"Our bodies are policed, commoditised, and scrutinised in every conceivable way and it’s high time for that to end. Breasts are a normal body part with a function yet they are so heavily sexualised that often women can’t even publicly breast feed their infants without being shamed.”

We spoke to Charlotte Wood, one of the key organisers of the event to find out more about why "Free the Nipple" matters so much.

Was the event itself a success? Did you have a desire outcome that you achieved?

The event was a phenomenal success! Our main goal was for the event to raise awareness of the free the nipple movement and begin to normalise the sight of nipples roaming freely around Brighton.

The outpouring of love and support that we experienced on the day surpassed our wildest expectations- almost everyone we passed or interacted with responded with positivity and solidarity, which I think speaks volumes about the way the perception of the female body is changing within society.

How many participated in the event this year?

We're not entirely sure how many participated but we think it's at least a couple of hundred.

Why does the event matter so much towards advocating feminism and gender equality?

Breasts are so often sexualised in the media and advertising etc that society has built up a huge stigma around the female nipple despite the fact that they are not an inherently sexual body part. Breasts, along with the rest of the female body, are often subject to completely unattainable beauty standards which doesn't reflect the true individuality of each and every person.

The whole purpose of the event was to break down those barriers and normalise breast in all their diverse wonderfulness! It's time for us to reclaim our bodies- why should our bodies be exploited to sell products and no one bats an eyelid but we cant breast feed or enjoy the sunshine without judgement or harassment?

Do you believe that we will ever reach a point where men and women’s bodies are deemed equal?

I think we've got a long way yet to go before we reach a genuine equality between bodies of all sexes- but I don't see why not! I think the success of the event stands as a testament to the change that's already taking place in terms of people's perceptions of women's bodies and if we can continue to come together to rally and march and make our voices heard then we will slowly but surely make our way towards the goal of total equality.

Did the event itself go smoothly? Did you suffer any abuse or any kind of verbal attacks?

Generally the event went smoothly, we had a few bad eggs who missed the point, but they were pretty insignificant in the grand scheme of the event. There was an unpleasant incident where some people were followed and filmed by some men trying to disrupt the afterparty and the police did have to be informed but everyone came together to support each other and the love really did drown out the hate.

At the beginning of the event we all congregated near the pier, as expected, we received a few raised eyebrows but a lot of people at the event engaged in very respectful and healthy debate with the public who generally tended to agree and support us once they fully understood our cause. Education and information really can break down barriers. 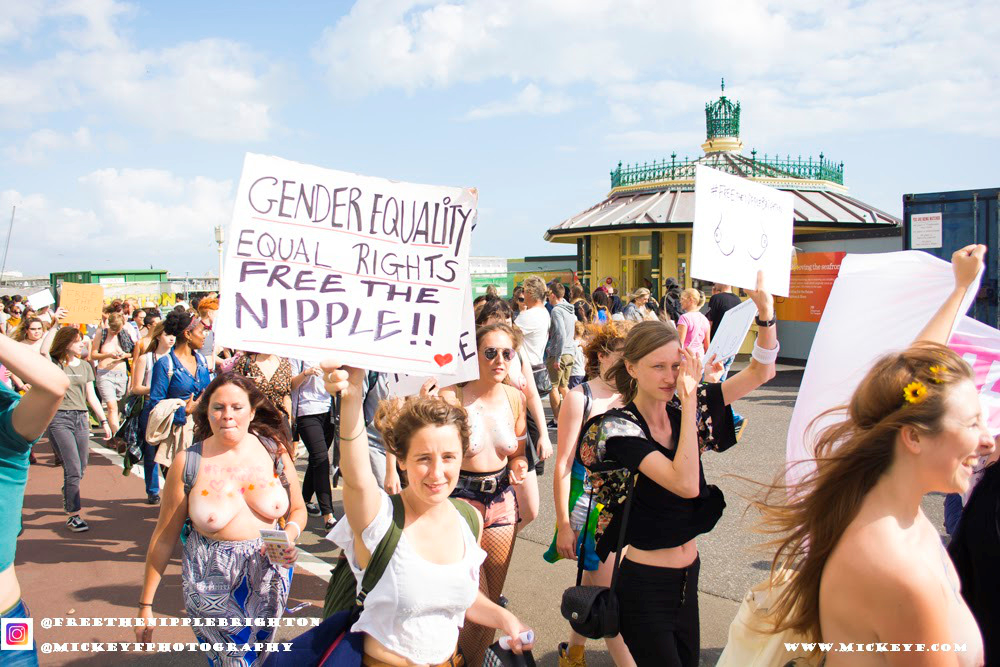 How can the public get involved and make next year’s event bigger and better?

Plans for next years event are already underway and we would love to make it as inclusive and enjoyable as possible. We have an incredible network of creative and inspiring people behind the scenes at FTN HQ who have plenty of plans in the works for more events throughout the year to keep this wonderful ball rolling.

I personally will be hosting a feminist scratch night in Brighton very soon, with FTN inspired theatre, spoken word, music and art- so keep an eye out on social media for updates on that and drop me a message via the FTN Facebook page if you are interested in getting involved.

If you're feeling particularly passionate about the cause or have any questions or suggestions, drop us a message on any of our social media and get involved! We're super welcoming of new voices and we'd love to get as many people involved as possible to spread the message even further, ensure our movement is as inclusive and intersectional as possible and also have some fun in the process!