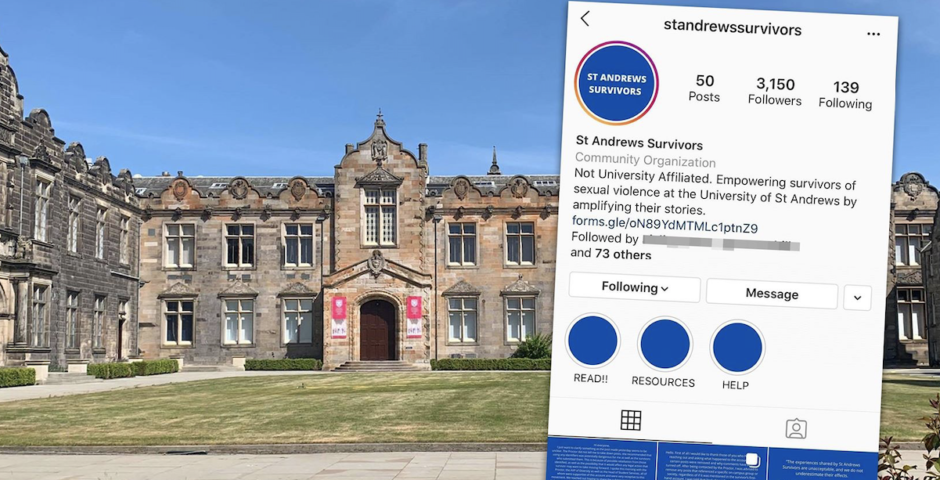 The allegations were published by Instagram account St Andrews Survivors, which last week began sharing anonymous accounts of sexual misconduct at the university.

Alpha Epsilon Pi (AEPi) has since responded to the allegations, vowing to suspend the members accused and include “mandatory consent education and anti-rape culture education” in new member and chapter programming.

According to its bio, the St Andrews Survivors account aims “to expose the reality of sexual abuse at our university” and “empower survivors”.

All stories are shared anonymously and the page offers resources regarding sexual abuse and rape.

Not all accounts shared by the page occurred at the university, some predate students’ time at St Andrews.

One anonymous post said: “I was out drinking and had met a frat boy through friends. I had a meltdown outside The Union and he comforted me, I explained that I had been sexually assaulted on another night out.

“He offered to take me to his for some water since he lived nearby and I didn’t. I was very drunk and so he put me to bed and he was going to sleep on the floor.

“I woke up sometime later and he was in the bed with me feeling me up. I can’t believe anyone could do this.”

Other posts directly accuse members of AEPi of sexual misconduct, and the fraternity has since released a statement addressing “allegations of sexual assault, harassment and rape against multiple members of our fraternity”.

A spokesperson said the fraternity takes the allegations “extremely seriously”, adding: “The fraternity unconditionally opposes, and its conditions of membership absolutely prohibit, any conduct considered sexual harassment or sexual assault.”

A spokesperson from the University said: “We welcome the ‘St Andrews Survivors’ account’s efforts to provide people of all genders a space to voice their experiences of sexual misconduct.

“The Proctor met with the account creator this week to establish how we can work together to signpost support and reporting mechanisms to students who require them.

“The University’s primary concern is to ensure survivors know that we are ready and willing to support their decisions and take action, facilitate Police reporting, and provide ongoing support accordingly.

“We appreciate these are difficult issues to speak about, but our Student Services team has a 90 per cent satisfaction rating amongst students, and survivors who wish to see perpetrators investigated must be willing to make reports through the appropriate channels.

“The University will always act when incidents are formally reported, and is committed to working collaboratively with students to promote a culture of responsibility and respect, in which everyone can trust in our procedures and that our community is intolerant of all forms of sexual misconduct.” 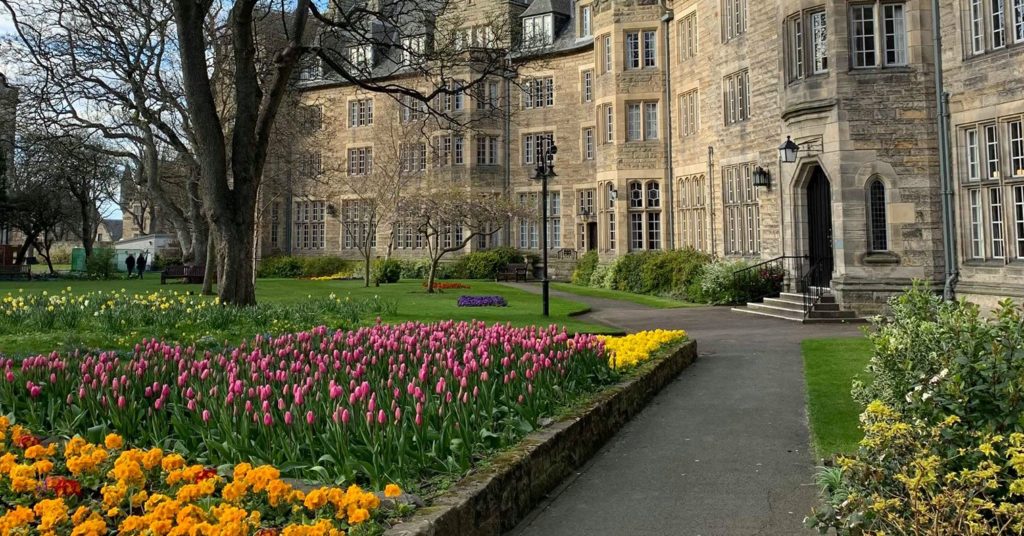 The spokesperson also said: “Over the past year, we have worked with national agencies, including Rape Crisis Scotland, to provide gender-based violence training to University staff (including Student Services and Human Resources).

“Prior to this, several Student Services staff have received Sexual Violence Liaison Officer training delivered by Lime Culture and in collaboration with other Scottish HEIs.”

An annual survey conducted by the University revealed “90 per cent of users agreed or strongly agreed that they were satisfied with the service” related to support for sexual assault survivors.

Information and support for students experiencing any form of sexual misconduct are available via the University.

• Gyms can reopen from 25th July and beauty salons from Monday, the government confirm 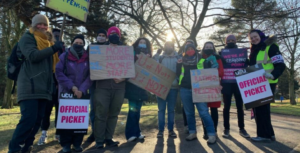 Put it in your diary: Here are the dates for the 18 days of strikes at University of St Andrews 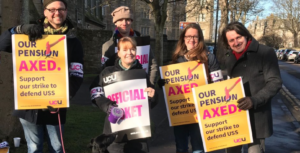