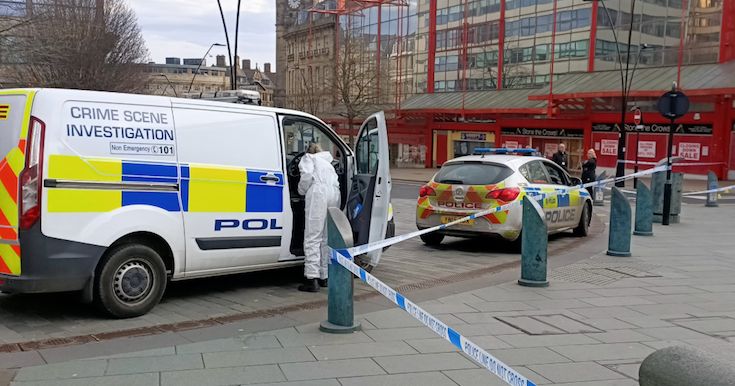 A man is in a serious condition after reportedly being stabbed in Sheffield city centre this morning.

Police descended on the square outside Yates bar just before 4.30am to reports of a knife attack.

The 23-year-old was seriously injured and remains in hospital in a “serious but stable condition,” police said.

Barker’s Pool and Burgess Street are cordoned off with police tape and crime scene investigators are combing the area for evidence.

South Yorkshire Police launched an investigation into the Sheffield stabbing, but no arrests have yet been made.

Tab reporter Nicole Donaldson photographed a pool of blood under a bench outside Sheffield city hall, and said there was “blood everywhere”. 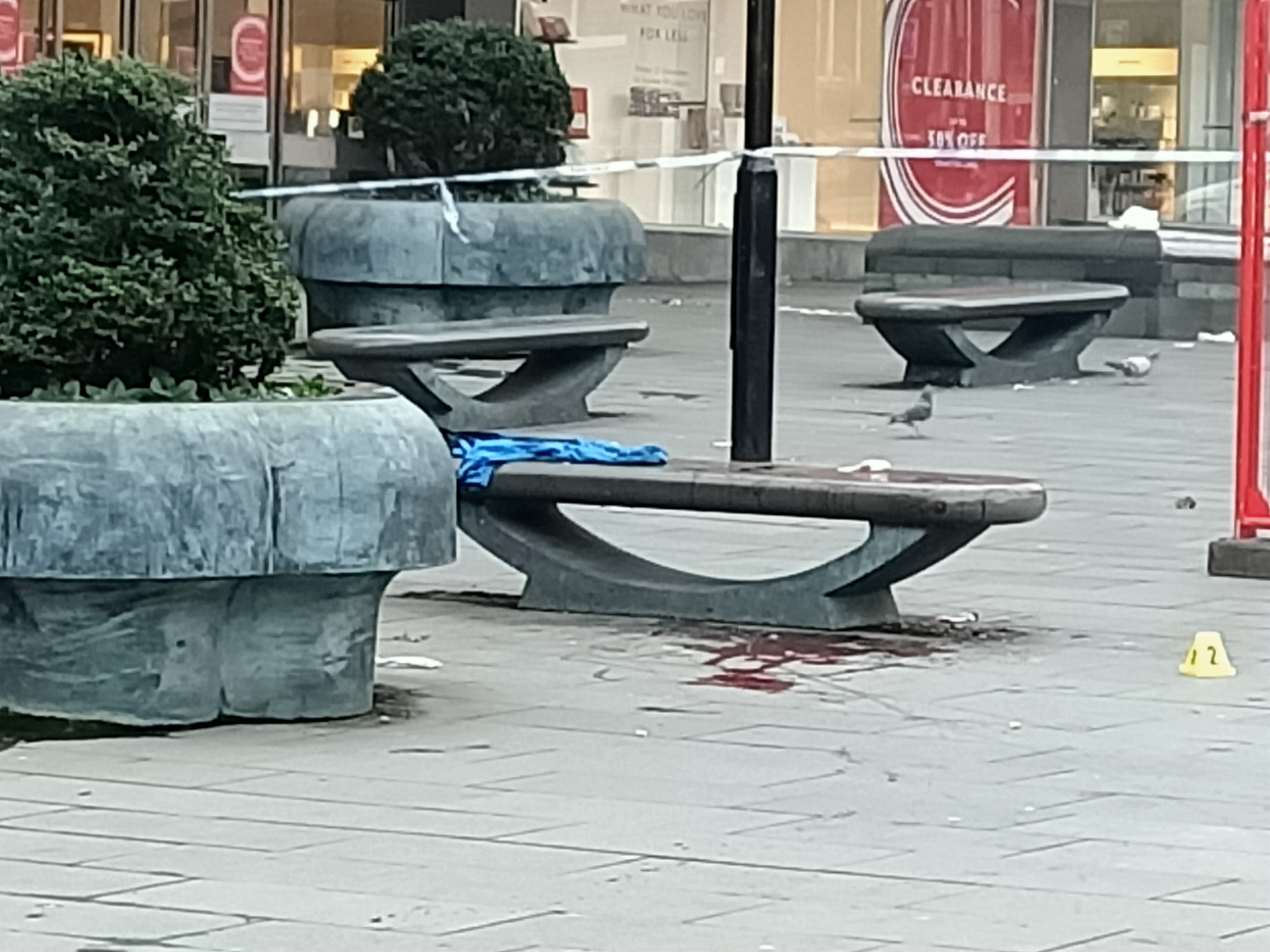 A police spokesperson told The Sheffield Tab: “A cordon is in place in Sheffield City Centre today following reports that a man was stabbed in the early hours of this morning (29 December 2019).

“It is reported that at around 4:23am a 23-year-old man was stabbed near to Barkers Pool, sustaining serious injuries. He was taken to hospital to receive treatment, where he remains in a serious but stable condition.

“An investigation has been launched to find who is responsible and cordons remain in place at Barkers Pool and Burgess Street. No one has currently been arrested.” 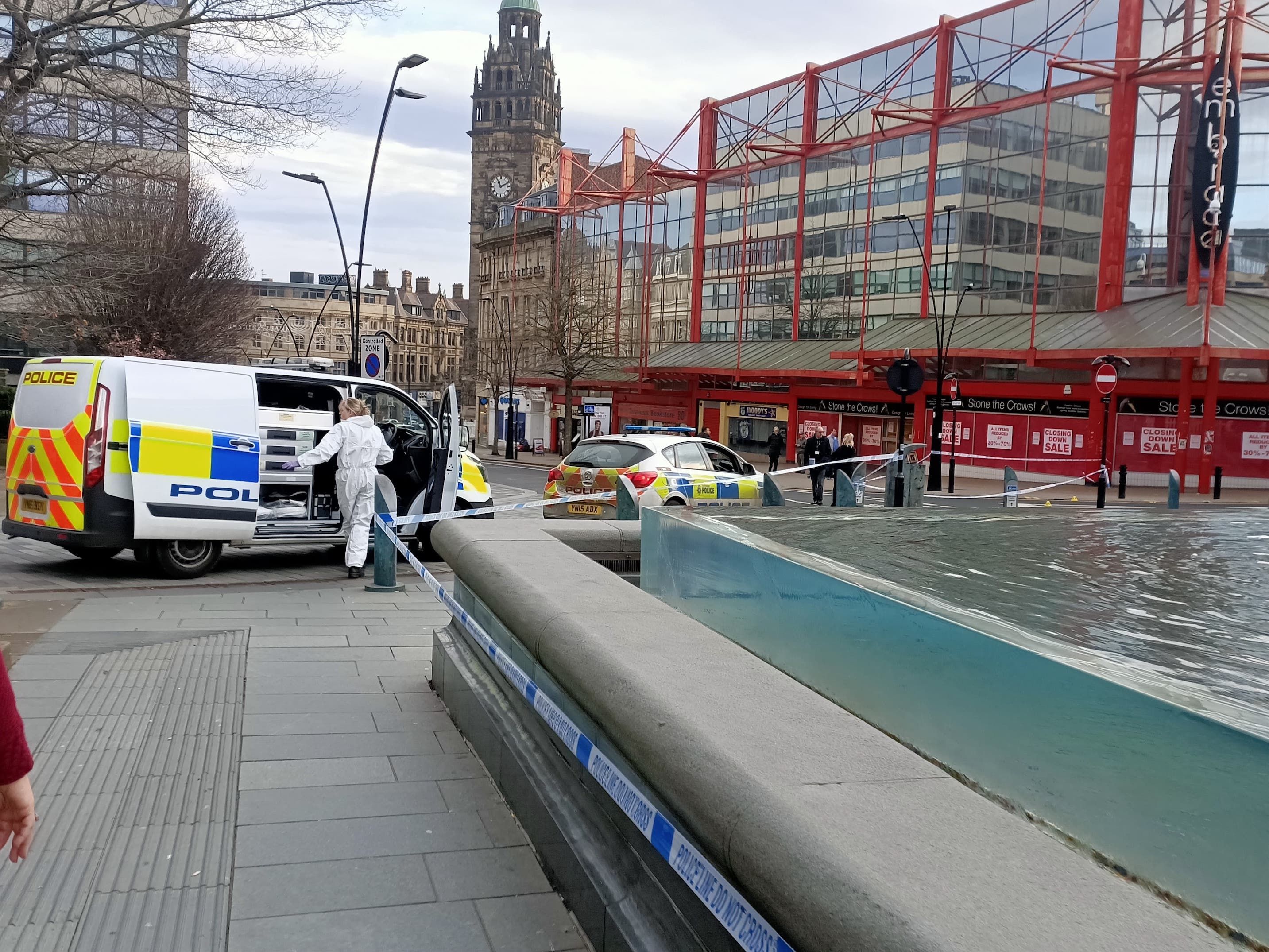 “While this is believed to be an isolated incident, additional patrols are being carried out, and an increased police presence will remain in the area while our officers carry out their enquiries.”

Rose, who didn’t want to give her full name, told The Sheffield Tab at the scene: “It’s not what you expect to see first thing on a Sunday morning.”

Were you in the area when the Sheffield stabbing happened? If it is safe to do so, please email us here or message us on Facebook or Twitter with any details.