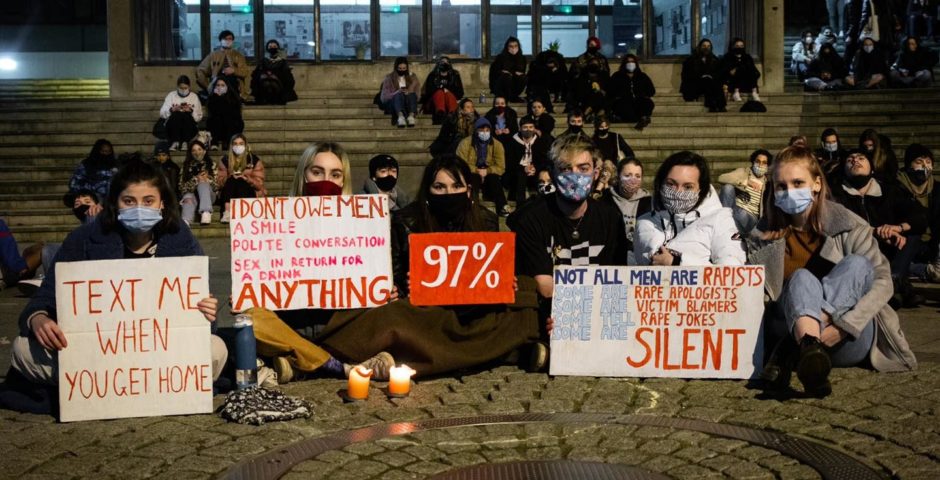 The organisers were ‘astounded by the turnout’

On Wednesday evening last week, hundreds of UEA students gathered in the campus square for a moving demonstration of solidarity with Sarah Everard and the many victims of sexual violence. The demonstration was organised by two women who wish to remain anonymous.

They told the Norwich Tab: “The event came out of continued conversation and slowly bubbled up over a lifetime as women. We felt that there needed to be a space for women to express this anger, frustration, and grief at not only the recent tragedies but the state of the world and women’s place in it. Female rage is often confined to the internal and we wanted to shout our thoughts. Our pain felt silenced, and we could not let that happen.” 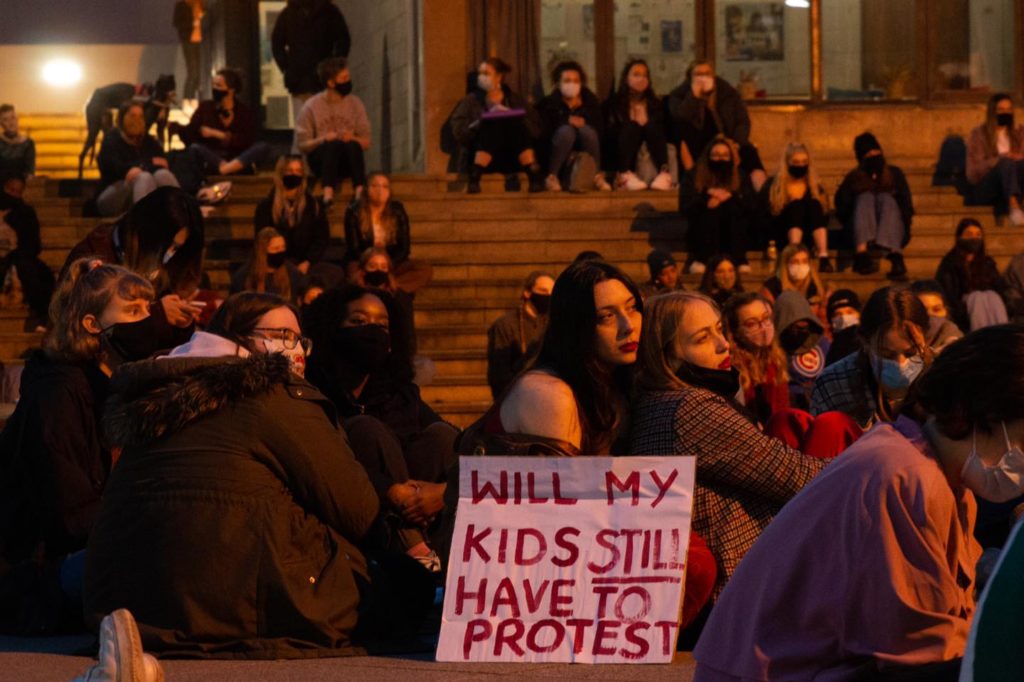 The event began with a two minute silence, during which attendees were asked to honour the memory of Sarah Everard, a young woman who was kidnapped and murdered as she walked home from Clapham Common to Brixton. Afterwards, pieces of pink paper and pens were handed out, alongside hand sanitiser, as students were encouraged to write down their stories, their thoughts and their fears.

Some of these were read aloud, while the organisers invited students to speak through a megaphone about their feelings and their experiences. Several women shared their experiences of sexual harassment and assault on and off campus, as well as advice on where to seek help and counsel as a victim. Some men also voiced their support. The zeitgeist was one of anger but also of hope.

The organisers said: “We were astounded by the turnout. Initially thinking it would be just us shouting in the square to some friends. However, a safe space that included hundreds of people was created that day; we were surprised and honoured at the vulnerability of everybody present. We know it had an impact on those who attended based on the positive responses we have received. We hope it will continue to have impact on the university, encouraging dialogue between students and those in charge and a possible ripple effect for the wider Norwich community.

“We feel overwhelmed with joy that so many people want to support each other. The fact that we could facilitate a moment of absolute solidarity filled us with assurance that we had done something positive. It was a relief to be reminded that these stories and emotions can be expressed without judgement.” 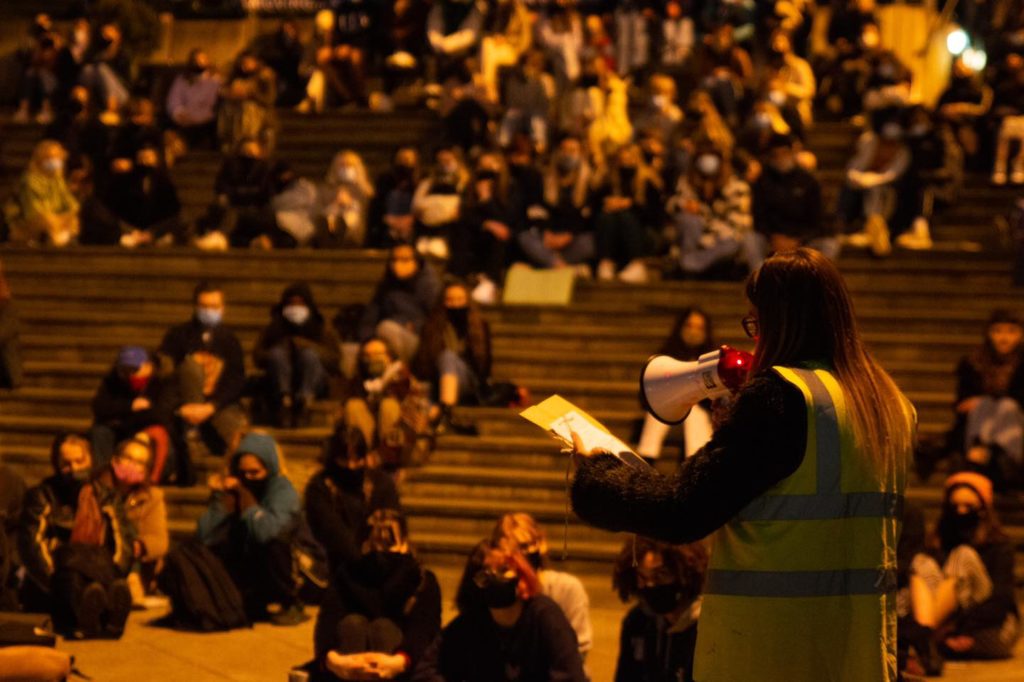 Social distancing was prioritised throughout the event. Chalk circles had been drawn in the Square to denote where households could sit while maintaining a three-metre distance. Facemasks were compulsory. The organisers explained “Covid safety was so important; we needed to provide the space physically but also securely”. Security guards were present throughout the event.

A recurrent theme throughout the evening was criticism of how UEA handles sexual harassment and assault accusations by students. One speaker detailed the flaws in the report system, while another told us it took her parents threatening to go to the press for the university to take action against the offender. In a recent post on Concrete Confessions Between UEA Seshions, an anonymous poster pitched a second demonstration “against the way UEA handles allegations”. The post received 367 likes.

#ConcreteUEAconfessions24785 Thinking of doing another sit in event against the way UEA handles allegations against sexual assault. Like this if you’d be interested in going?

Posted by Concrete Confessions Between UEA Seshions on Thursday, March 25, 2021

The organisers said: “We think the university and the wider world needs to fix up. There is obvious need for change otherwise so many people would not be this dissatisfied. Substantive action is needed; support cannot be this nebulous plaster doled out every time people express themselves. There needs to be long term, lasting change. We need zero tolerance, training, support for survivors and lessons for perpetrators so that they do not reoffend.”

A UEA spokesperson told the Norwich Tab: “The University takes any allegation of abuse or harassment extremely seriously and investigates each individual case accordingly, fully supporting those involved. We remain absolutely committed to supporting anyone who reports an incident and have introduced a dedicated system to ensure people receive any guidance and help they may need. We would welcome an opportunity to meet with the organisers of the event and others concerned to fully understand their concerns.”

Finally, intersectionality was a deeply important aspect of the event. Some speakers addressed their privilege, while one speaker urged students to remember “Black women are at the bottom of the privilege pyramid”. Another speaker spoke about the death of Blessing Olusegun.

The organisers also stressed the relevance of intersectionality, explaining “the weight we carry is not just for ourselves, but for all the women who have gone before and who are yet to appear. Your whole history is often associated with oppression and struggle. This is exacerbated when you are from a minority: disabled, LGBTQA+, an ethnic or religious minority, working class etc. It is very important to us that the movement is intersectional because everyone’s voice should be heard, especially those whose voices are more often marginalised. Theirs should be amplified.” 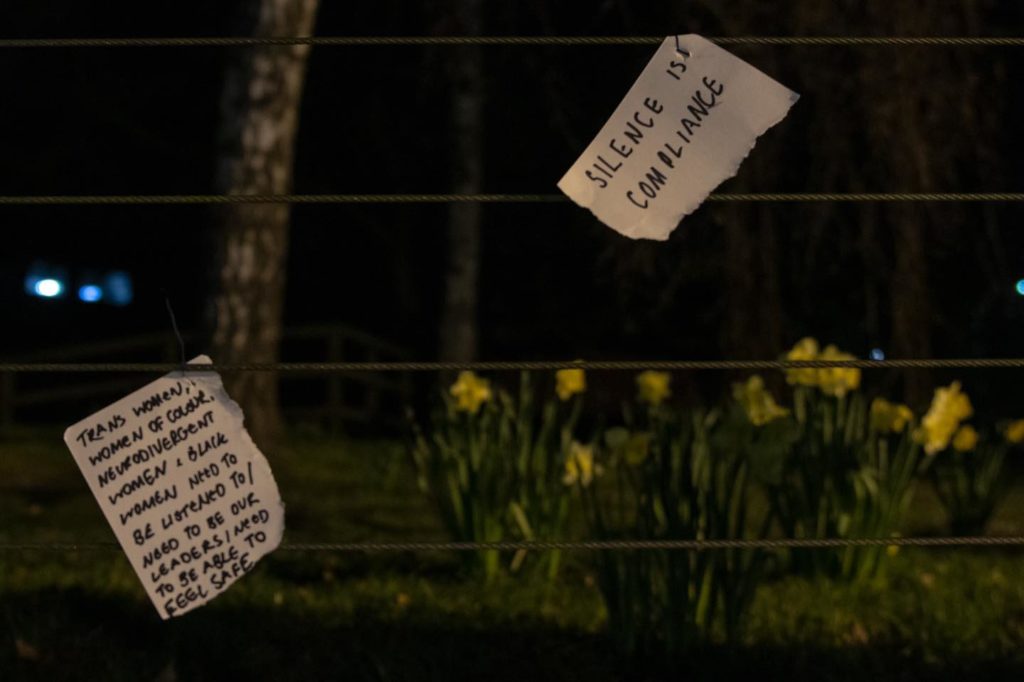 With thanks to the anonymous organisers for their statement. 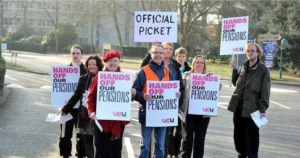 UEA staff set to strike for 18 days before Easter 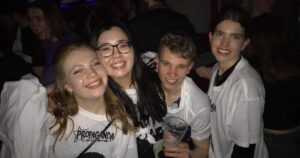