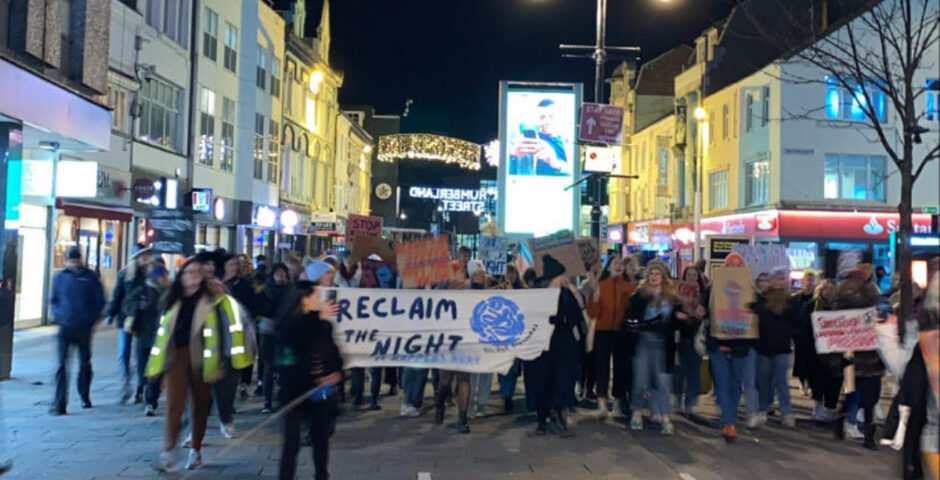 On Saturday the 26th of November, hundreds took to the streets to ‘Reclaim the Night’ in a march against gendered violence. The event was held by the TUC Northern Women’s Group, in conjunction with West End Women and Girl’s Centre, Rape Crisis Tyneside and Northumberland, and Newcastle University’s Student Union, as well as the It Happens Here society of Newcastle University.

The protest was held for three fundamental reasons which are stated on the Newcastle University Students’ Union website: to raise awareness of violence towards women, to demand those in power to take action towards making streets safer, and in honour of all those lost to gendered violence.

The protest began at Bigg Market and travelled across the Millenium Bridge to Baltic Square, where marchers halted to hear speeches given by various members of the hosting groups. 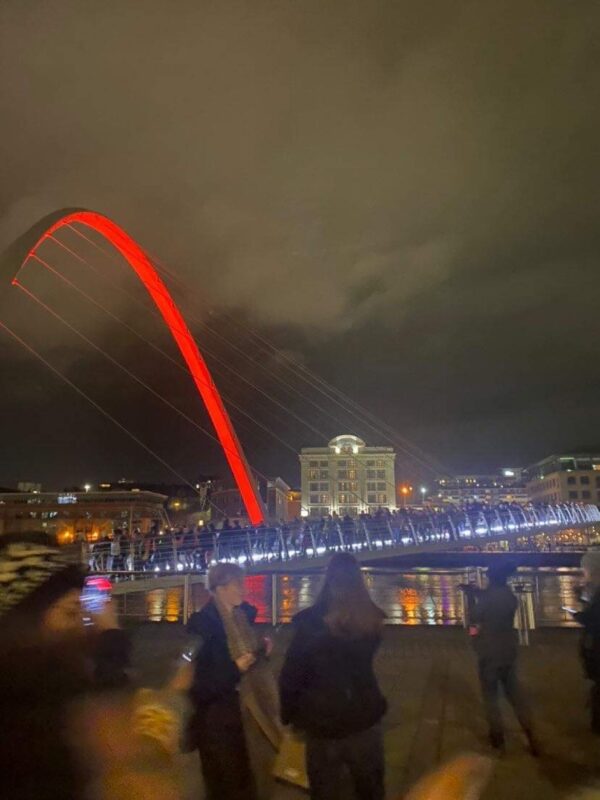 On the evening, I joined a group of Newcastle students in the walk from Bigg Market to Gateshead and we chanted through traffic with banners and signs reading “Get your misogyny off my body” and “Whatever we wear, wherever we go, yes means yes and no means no” on display for the public to see. The atmosphere was powerful, as cries of “Whose streets? Our streets!” were met with honks of approval and cheers from the sidewalks.

Though public response wasn’t all positive, with an incident occurring during the protest on Grey’s Street where a group of middle-aged men began to boo in an obnoxious manner.

While it was alarming they reacted in this way, it further demonstrated to us all the importance of the cause and why we march, serving as proof that there are people still so wilfully ignorant of the dangers that women and members of other marginalised groups face. We continued to march, unphased and emboldened even, by the incident.

At Baltic Square, a minute of silence was taken to commemorate the 85 women lost to gendered violence this year. Then speeches ensued, with survivors recalling their stories and demanding for change in society – after all, as the lead speaker pointed out “it’s not our homes, streets and workplaces that are unsafe, it’s the people in them”.

There was a beautiful sense of solidarity amongst the crowd that unified us beyond our fears and which brought us to the rally in the first place. After all, we are people and not just statistics – and while angst drove us to the rally, we were seen and kept in a supportive and comforting atmosphere.

It’s safe to say that on the 26th November, we did successfully ‘Reclaim the Night’, though our work is not done. For more information, see here. 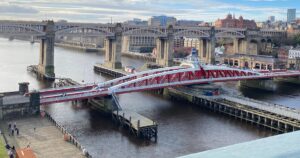 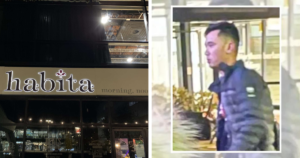 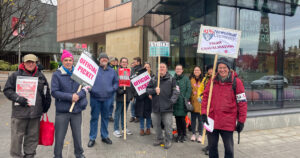 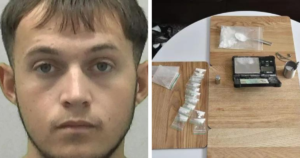