There has been a surge in the use of synthetic cannabinoid which causes its victims to be in a zombie-like state. It causes hallucinations, psychosis, muscle weakness and paranoia.

Originally, it was mainly used by the homeless to help them sleep at night, but there has been an increase in daytime usage. Whilst it remains cheap, around £5 for half a gram, regular dosages mean that people build up a tolerance to it and need bigger amounts.

The JWH-018 compound that Spice is manufactured from was banned in the UK in 2010, but the formula was tweaked so that it could get through legal loopholes. The Psychoactive Substances Act passed in 2016 then banned all forms of the compound. 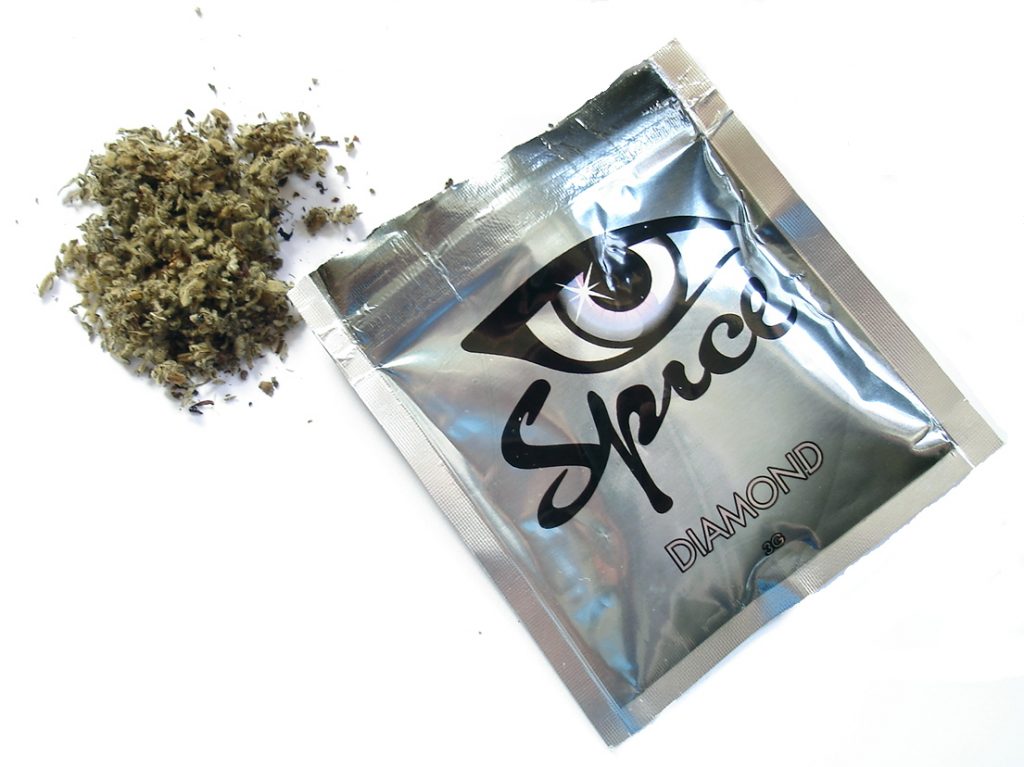 Dr Robert Ralphs, a criminology lecturer at MMU, says “When you first start using [spice] you only need a pin head and you can get 30 to 40 joints out of a gram, but people then build up tolerance and end up smoking six, seven, eight grams a day … they can find themselves spending £40 to £50 a day on it.”

According to GMP, there were a total of eight arrests over the weekend, 23 ambulance incidents and 17 dispersal orders issued. There were 14 incidents where people had collapsed.

Chief Superintendent Wasim Chaudhry from GMP’s released a statement concerning the weekend’s incidents: “We are doing all that we can to tackle the issue of people taking Spice in Greater Manchester. We have increased the number of specially trained officers to try and combat the issues and help those using Spice to access the support they need but to also ensure that danger of Spice is clearly communicated.”

Operation Mandera was launched in 2013 in a bid to tackle the crime and antisocial behaviour in Piccadilly Gardens.

Since then, 44 people have been jailed for a combined total of over 90 years for dealing cannabis. 37 dealers have also received Criminal Behaviour Orders, banning them from entering the Piccadilly area. In March this year, seven men have been arrested on suspicion of possession of drugs and/or psychoactive substances with intent to supply.