Liverpool Hope University has condemned a racist Twitter DM sent to Wigan Athletic footballer Nathan Byrne, allegedly by one of its students.

After his side's last-minute draw on Saturday, the Wigan Athletic player tweeted exposing a racist direct message sent to him by an opposition fan – someone who allegedly attends Liverpool Hope University. 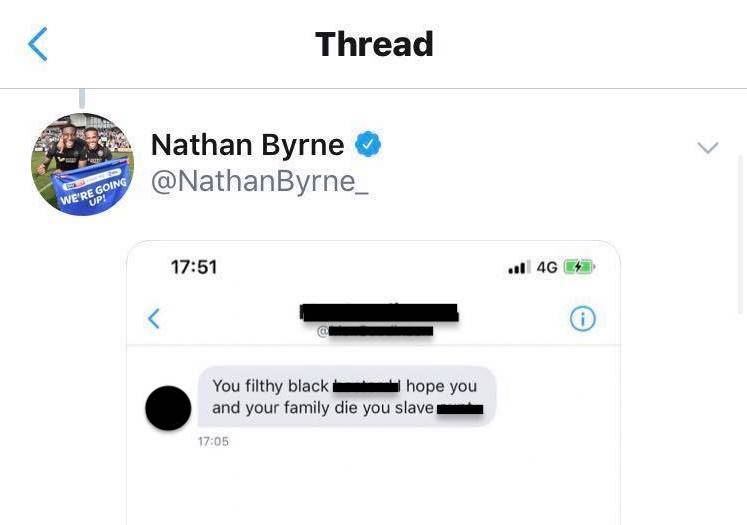 "We are investigating this urgently but wish to emphasise that we completely condemn all forms of racism and the matter will be dealt with appropriately.

"At Liverpool Hope we are proud to be a diverse institution which welcomes and respects everyone."

Lancashire Police did arrest the man in question, but he has since been released pending a charging decision.

A spokesperson for Lancashire Police said: "Following an incident where a racially offensive message was sent to a Wigan Athletic footballer on Twitter, a 20-year-old man from Sheffield contacted the police and then handed himself into Blackpool Police Station on Saturday evening (April 6th).

"He was subsequently arrested on suspicion of a racially aggravated public order offence and malicious communications.

"It is believed that the message was sent by someone whilst they were in Lancashire.

"The man has since been released under investigation pending a charging decision by the Crown Prosecution Service (CPS).

"We have kept the victim and the football club updated on this development. Once we are able to update you on the CPS’ decision, we will."

We are angered by the racist abuse of our player Nathan Byrne on social media tonight.

There is no place for discrimination in society and social media is not an exception to those rules. We find this behaviour abhorrent.https://t.co/tOqI18wULv#wafc ?⚪️?