The fifth Glasgow’s Love in Lockdown: How are students managing to date during the pandemic?

How have the Covid restrictions affected students dating experiences?

What was your love life like before the pandemic?

Georgie: “For most of my time at university, I was in a relationship that slowly became more decrepit as time went on. It lasted three years and ended the November before the pandemic started. Following this, I got massive cock fright and the most action I got was a kiss on Sauchiehall Street after a date. Eventually, thanks to lots of mixed sports socials, I found the courage to take a boy home and then lockdown happened! I didn’t use Tinder much; I was always too afraid to message people.” 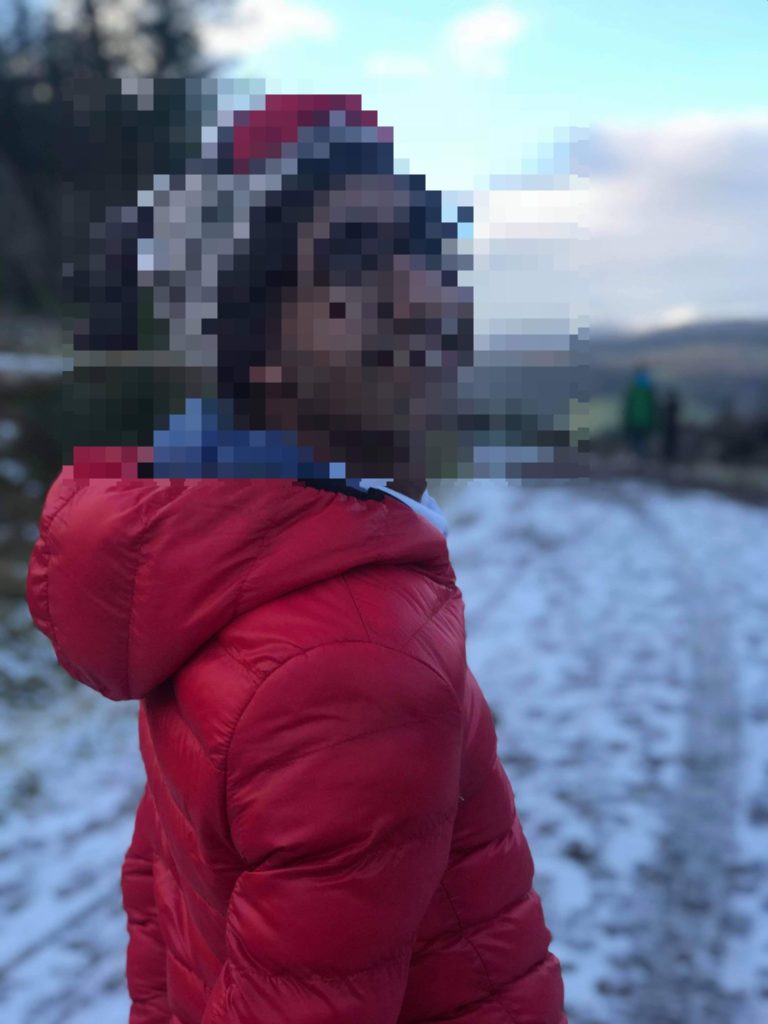 Po: “I was in the unfortunate position of going to an all boy’s school and then working while staying at home, so I never really got a chance to have any sort of dating life. I then came to uni and had fun experiencing new things and ended up in a relationship about halfway through first year, which lasted until the end of second year. I don’t regret it at all: I learned a lot about myself and about relationships, but I do feel that there were a lot of other things I could have been doing with the time that the relationship took up. It was also tricky because we were part of the same friend group and same sports team, so when we broke up it got really messy, especially for our friends. Lockdown ended up being really beneficial because I finally got the space away from it all that I never quite got the chance to have, so come September I’d dealt with it all and was more than happy to leave things in the past.”

Georgie: “So as my relationship fell apart, we had less and less sex, to the point where it was once every few months. I just wasn’t interested to be honest. So obviously, when I became single, I was a bit fearful, but that all went out the window with that first one night stand. I went wild. I tied him up, and I’m sure I slapped him on the bum as he was leaving the next day. I’d only ever been with my ex, so I was used to going up a certain amount in cowgirl. This guy was a bit smaller than my ex in the dick department, and he kept falling out, which pissed me off, so we ended up having an argument mid sex about it.”

Po: “I did once ‘Lemon Law’ someone. You know, from How I Met Your Mother? Basically, if you’re not interested within the first 10 minutes of meeting someone, you have every right to cut the date short and pretty much walk out. In reality, I gave it 20 minutes, then I just hit her with ‘Oh, I forgot I actually have to head.’ The conversation died pretty quickly and we parted ways.”

How have you found dating post-pandemic?

Georgie: “I think I’m a big organic meeter. Even when I use Tinder, I just message people I know. I slept with a guy I met at a friend’s birthday party, and then a guy at Freshers’ Week. My first ever date was set up by a mutual friend last semester, and we went on to see each other for a few months. With my ex, we were friends with benefits and then it developed into a relationship, so I had never had a first date where we were both romantically interested in each other from the get-go. I think I liked that there was always a mutual person we both knew, which helped me gauge if the guy I was interested in was sound or not.”

Po: “I gave Tinder a go in the past but found it wasn’t really for me. I would only have it for a few weeks before deleting it. This time around though, I think people are a lot more open to trying to make conversations work, and I’ve had a few Tinder dates that have all worked out nicely. There tends to be gatherings after Zoom socials, and that’s how I’ve met a lot of people.” 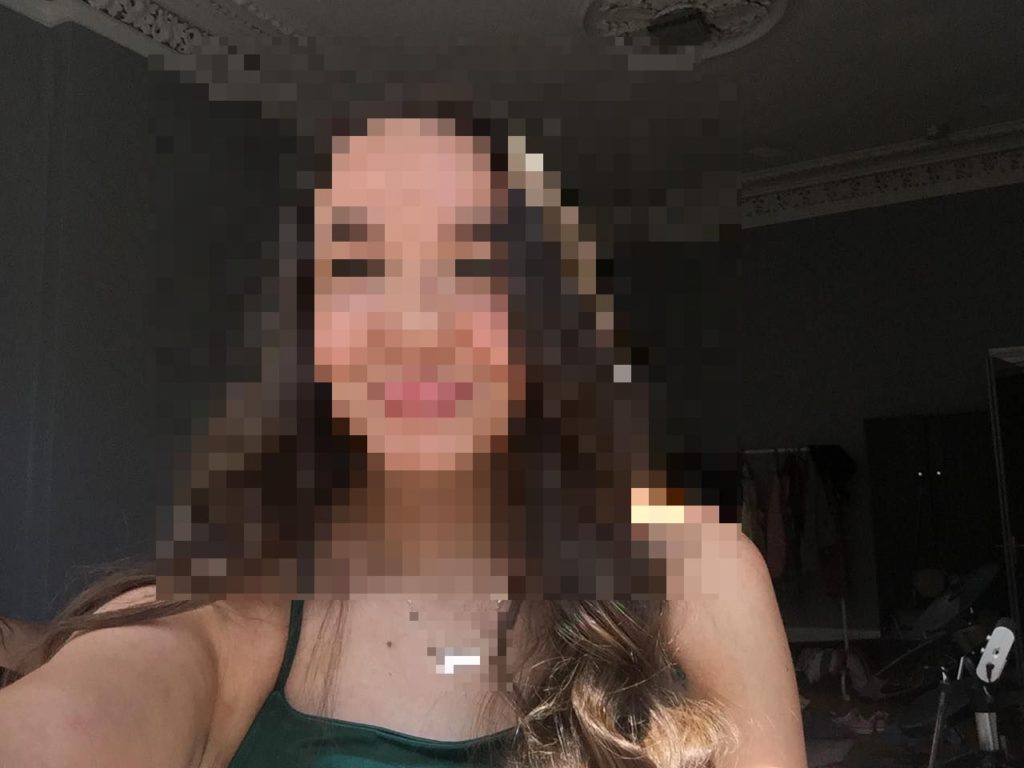 Georgie: “With the boy from the friend’s birthday party, there was a moment where I asked my friend if he would mind me taking the boy home. He asked me if I’d been speaking to him and I replied saying ‘no, I’ve not really spoken to him. I’m gonna take him home though’, which my friend found hilarious. Anyway, we went back to his, had sex, that was all nice and stuff, then things got weird. I had to isolate with Covid not long after. He would then alternate between trying to booty call me and offer some emotional support, which was odd. He offered to send me pics to help pass the time in isolation, to which I agreed. I got some really weird pictures, one looked like he was in a dungeon. He then proceeded to tell me ‘If you have a wank to these, let me know. You don’t have to involve me in the wank, just let me know you touched yourself to them.’ He also at one point asked me out for coffee at 1am, then expected me to be proud of him that he’d asked me out instead of booty calling me. Weird, weird boy.”

Po: “One time, at a ‘gathering’ I ended having sex with the best friend of the host, in two separate bedrooms. I felt really bad after, I apologised profusely for shagging in their beds, but they were pretty chill with it.”

How have you been looking after your mental health recently?

Georgie: “I’m someone who has had some struggles with mental health in the past, so I’ve set up a few systems to help me when I’m feeling low. Sometimes I’ll take a late night walk, which stresses my flatmates out. Mostly though, I think to myself ‘What does the peak Georgie look like?’ She reads every day, she practices German every day, exercises, writes in her diary, eats healthy etc. I then make an effort to make that a reality in my life. I also make the most of my flatmates: living in a flat of five means there is always someone I can have a chat with, which is a real blessing.”

Po: “It’s tricky because there is no motivation to do anything, especially right now with such limited daylight hours. Usually, it’s around this time you start to see the West End come alive: students in silly costumes running about, pubs getting livelier etc, but that’s not happening this year. I’m prioritising exercise, but also using it as an opportunity to do things I’ve always wanted to do. I’ve been reading for leisure again, which is something I’d truly missed. I also feel that meeting my friends is great for my mental health; I feel that the friends you’ve made in lockdown are in many senses much closer than friends you’d have made under normal circumstances. Whereas before you always had a reason for being with people, be it training or a social, but now when I hang out with people, it’s because you actively choose to, which means more I think.”

Do you find dry spells have an adverse effect on you?

Georgie: “Dry spells didn’t affect me in the past, but that’s because I didn’t have a healthy view of sex; it wasn’t something I particularly enjoyed. I had the one night stands to get them out the way, and it was only recently with people I’ve spent more than one night with that I’ve started to really enjoy sex. Now that I enjoy it, I feel its absence more, so I do feel the effects of dry spells a bit I’d say.”

Po: “I think they did once upon a time, but as time has gone by, I’ve realised that it really doesn’t matter. You think that people care whether you’re having sex, but honestly nobody cares. You just put unnecessary stress on yourself, and when you let that stress go, that desperation almost, you inadvertently end up having more sex and meeting more people. There are more important things in life than sex and relationships.”

What advice would you give to people out there looking for love in lockdown?

Georgie: “Put yourself out there. Agree to dates, because even if they don’t work out, there will be funny stories to tell. Meeting new people is always a good thing, and when you least expect is when something good will come along. Know what it is that you want, because if you put out the wrong energy to the universe you will attract the wrong energy back. Be more active on your Instagram stories, make your Tinder profile the best it can be, maximise the chances that someone might notice you, and also that you might notice someone too.”

Po: “I think I would say know what it is you actually want. I slept with someone just before lockdown 1.0, and I didn’t have sex again until the end of September. I started to think I really wanted a girlfriend and the consistency that brings, but once I got that shag in September I realised that actually that’s not what I wanted at all. Again, I was putting unnecessary stress on myself, and when you do that, you run the risk of settling. So I’d say have a good think about what it is you’re looking for, and don’t go out your way to force that into existence. Just relax, and things will happen.”

Love in Lockdown is The Glasgow Tab’s series on dating during Covid, with articles dropping every two weeks. Wanna get involved? DM @thetabglasgow on Insta

•Love in Lockdown 3: Students share their dating experiences during Lockdown