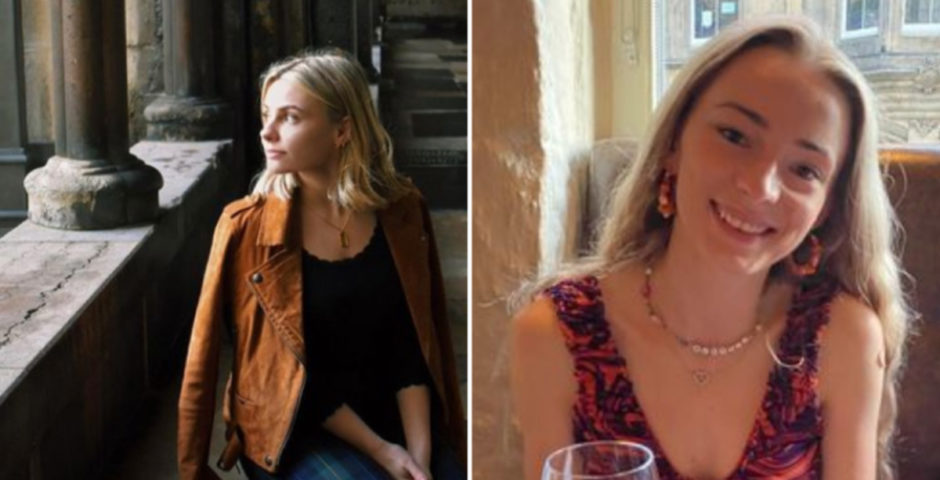 ‘It will affect me for the rest of my life’: Edi students on dealing with endometriosis

The NHS defines endometriosis as a “condition where tissue similar to the lining of the womb starts to grow in other places, such as the ovaries and fallopian tubes”. However, speak to anyone who has suffered from it, myself included, and they will tell you it’s so much more.

From symptoms that leave you unable to get out of bed, life long implications, and an impact on your life as a whole, the condition is so much more than just “bad period cramps”. The Edinburgh Tab spoke to Edinburgh students who suffer from endometriosis to tell us how it has impacted their life at university.

Heather Stevenson was just 11 when her period started and only 14 when the pain started to become “unbearable”. She would wake up at 4am with back pain so intense that she’d feel “physically sick”.

When Heather started university the pill had made her pain better, however, in December of last year she decided to come off the pill due to struggles with mental health that she thought could be a result of the pill. Ultimately, Heather didn’t come off the pill until March and described the first month as “bearable”, believing that “it had genuinely solved the endometriosis” – a belief which sadly didn’t last.

From February and March of this year, Heather described the serious back pain as like “being 14 again”. She described how it wasn’t “even the cramps that would kill me” but the “weight in the middle of your back that makes it feel like you can’t move or walk” alongside “headaches, nausea, serious bleeding and more”.

She describes March as “the worst” because she’d been off the pill for over a year. She tells us how she remembers going to the library when her period started and her pain getting worse to the point where she was “lying on the floor waiting for the pain medicine to kick in”.

Heather is now back on the pill, but said that she didn’t know what she would do if she hadn’t been able to go on it. The most important aspect for Heather is that people understand how serious endometriosis can be.

She tells us how she was diagnosed with anaemia due to blood loss during her period, and would have to miss school and social events due to the fact that “she couldn’t move”.  She lost weight because eating made her so sick and describes having endometriosis as being “awful, I wouldn’t wish it on anyone”. 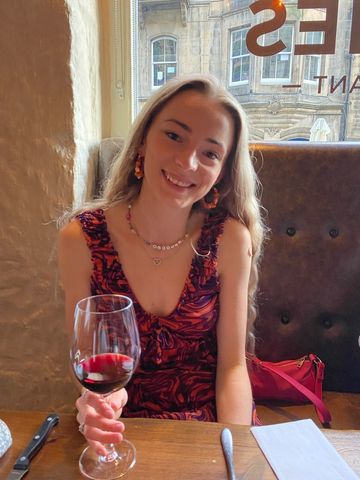 Allison’s first symptoms started when her period started aged 12. She felt constantly unwell with a sore stomach and tried cutting out soya, milk, and gluten, but nothing seemed to help. When she was 16 she tried to have sex but bled a lot afterwards, leading her to visit her GP.

In the summer of 2021, she visited a gynaecologist who told her that everything was absolutely fine and she just had “bad periods”. Luckily after going private another gynaecologist discovered she had a “really bad cyst” and “lots of endometriosis tissue”. After having a laparoscopy in November of last year her life has been “so much easier” and whilst she still gets flare-ups they’re not every day anymore.

Heather told us how endometriosis affected the first semester at Edinburgh as it “impacted my social life a lot because I was in so much pain”, however being a fresher she still tried to do everything others did which resulted in “constant flare ups”. Luckily she has had “great support from the university”, being given extra time and special circumstances for exams and coursework.

‘I can’t move from pain most days’

Clara Tenant’s* symptoms started when she was 11 years old. Her current main symptoms are severe bloating and “overwhelmingly intense abdominal pain”. After contracting coronavirus at Christmas, her symptoms and pain have been ten times worse. She tells us how in the past six weeks she’s only had around “five or six pain free days”.

Clara is currently an MSc student working on her dissertation which has made everything even harder to keep up with since she “can’t move from pain most days”.

In terms of how accommodating Edinburgh has been, she says how in the first semester they were really good about everything and allowed her to have extensions. However, in the second semester, it became “impossible” for Clara to receive an extension and her requests for one kept getting denied. Whilst her personal tutor and dissertation supervisor are supportive she knows that their “hands are tied if the university refuses to accept anything”.

Frankie Balfour* first started her period when she was only nine, with her symptoms starting around 13. She started having such bad cramps to the point where she “couldn’t move”, and suffered from a very heavy ten day period. Her period was so heavy to the point where she became anaemic, but when she sought advice from her doctor they told her it was “completely normal” and sent her away.

After multiple doctor visits, it was advised she undergo laparoscopic surgery where she was formally diagnosed with endometriosis. Whilst she is now on birth control there are still days when Frankie “can’t get out of bed to go to lectures” as her pain is so overwhelming, and still stops her “from doing most things”.

Even after her surgery endometriosis is still disrupting her life. She tells us how she never knows when she could wake up and “not be able to move”, resulting in her missing family and special occasions. She still feels constantly nauseous but tries to do things despite the pain as no painkillers have ever helped to numb her pain.

She finishes by telling us that the scariest part of it is knowing that despite her pain being lessened by the pill the endometriosis “is still there” and “will affect me for the rest of my life”. 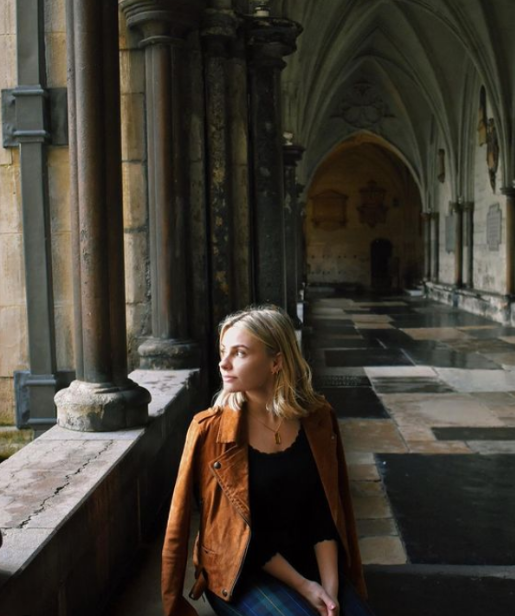 Mary Alice Lange is a master’s student from the US. She was diagnosed with endometriosis in the second year of her undergraduate back in America. She tells us how she thought that kind of pain “was normal” and that it was only when she started experiencing “debilitating pain” outside of her period that she got medical help. The pain completely affected her university experience, dating life, and her plans for the future.

She tells us how having to plan at only 19 years old for a financial future in which you might need “multiple rounds of IVF in order to have children” is “surreal”. Even picking a partner becomes more serious than for others, and she found it “hard” and “embarrassing” to explain flare ups to a partner.

She continues telling us about relationships, explaining that when you do find a partner who knows about endometriosis and is “respectful of flare ups” it can be a “lot harder” to leave the relationship because of the worry that you’ll have to go through the process of explaining the condition to another person, who then might not be supportive.

Whilst Mary still really struggles to cope with the physical pain endometriosis brings, she found changing her diet to limit dairy, gluten and other inflammatory foods to be the biggest help. She doesn’t take any birth control as she’s not keen on the “long term effects it can have on the body” but stresses that “it’s different for everyone”.

Her symptoms manifest as gastrointestinal and pain related, with Mary having been hospitalised with gastroparesis because of endometriosis. Her pain symptoms started as cramps and pelvic pain, but she now also gets radiating hip pain that “spreads down her leg”.

*Some names have been changed for anonymity reasons.

If you think you have symptoms of endometriosis contact the University’s health service at +44 131 650 2777.  Additionally, Endometriosis UK and NHS have further information on symptoms, diagnosis and support available on their websites.

Recommended related articles by this writer: 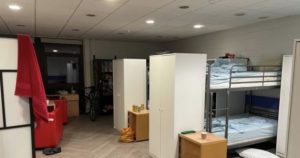 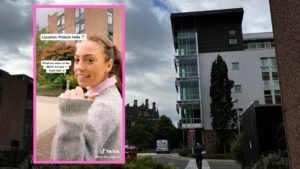 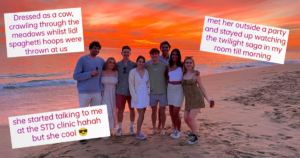 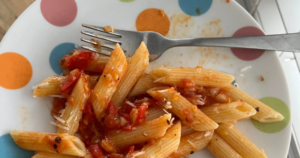 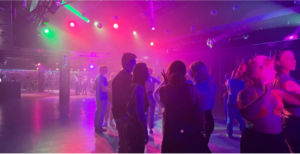