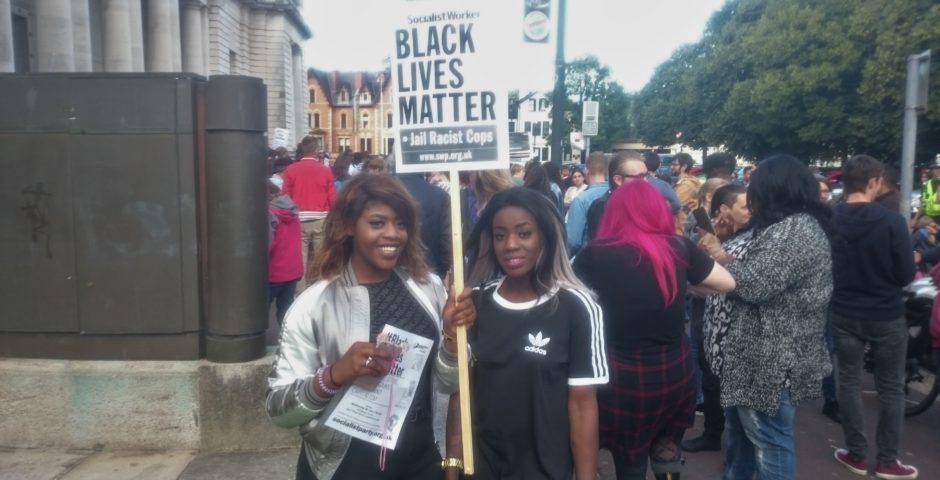 A vigil was held in Cardiff last Wednesday to commemorate recent victims of police brutality in the United States.

On July 6th Philando Castile was fatally shot by a Minnesota police officer. The 32-year-old man was shot whilst reaching for his identification.

Since this killing there has been a global increase in vigils which question police racism and brutality. Most of these gatherings have been under the banner of the civil rights group Black Lives Matter, with one taking place on the steps of Cardiff’s museum last week. 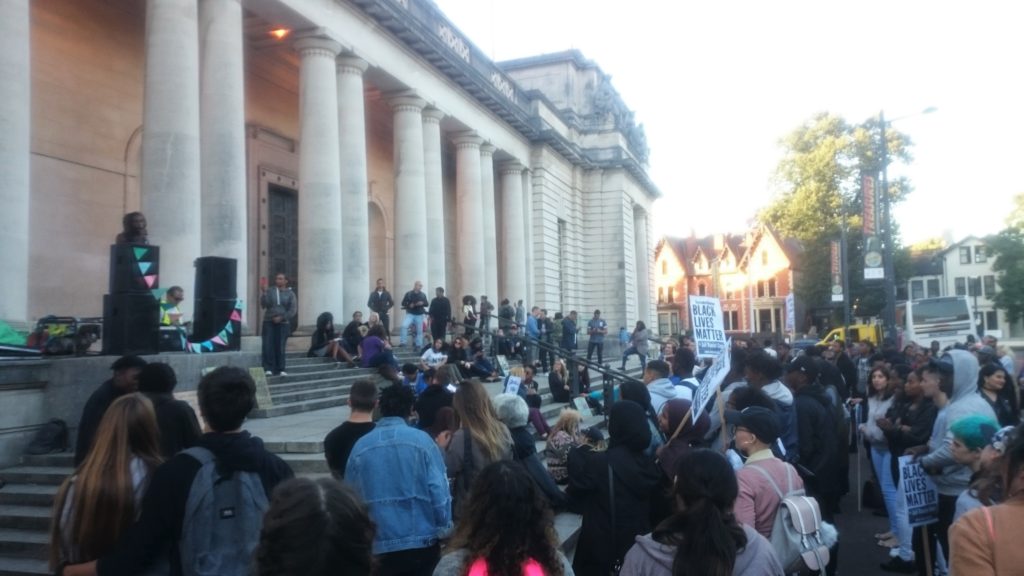 More than 150 people gathered for the event

A 2015 Guardian study shows one in every 65 deaths of a young African American male in the US is due to a police shooting.

MJ Reed, the organiser of the event, wanted to show solidarity to those affected by increasing awareness of police brutality in both the United Kingdom and the States. Reed said: “We know as well that police racism exists in the UK from the Macphearson report. Here [in Cardiff] I don’t feel it, but I know it’s there.”

Black Lives Matter has previously been criticised as being responsible for the rise in gang shootings in ‘cities such as Chicago’ due to the 90% yearly drop in stop and searches by police.

Speaking of the recent violence that has overshadowed certain Black Lives Matter protests, Reed commented: “People should be coming here in peace and to be vocal, not violent. If we’re violent we will only show these people how stupid we can be, we need to show them that we can be educated and peaceful.” 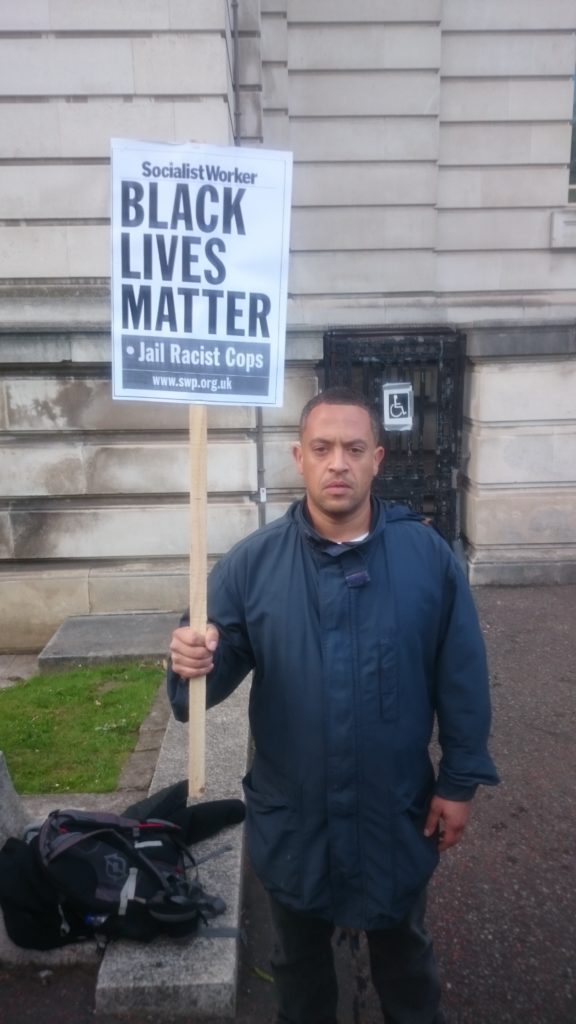 The vigil included guest speakers from the Socialist Worker’s Party and a minute silence for the recent victims. Attendees were also welcome to take to the stage to share their thoughts.

Students from Cardiff, Reiko and Tobi, also attended the vigil.

Reiko has been personally affected by police racism and said: “When my uncle in Barry was younger, he butted a cigarette on the floor which led to police ‘roughing’ him up to the point where his recent stitches became damaged. He tried complaining at the case at the station but had no result.”

She added: “I feel we need the Black Panther’s Party to return. I would love to see them come back in 2016 to give black people a voice.” 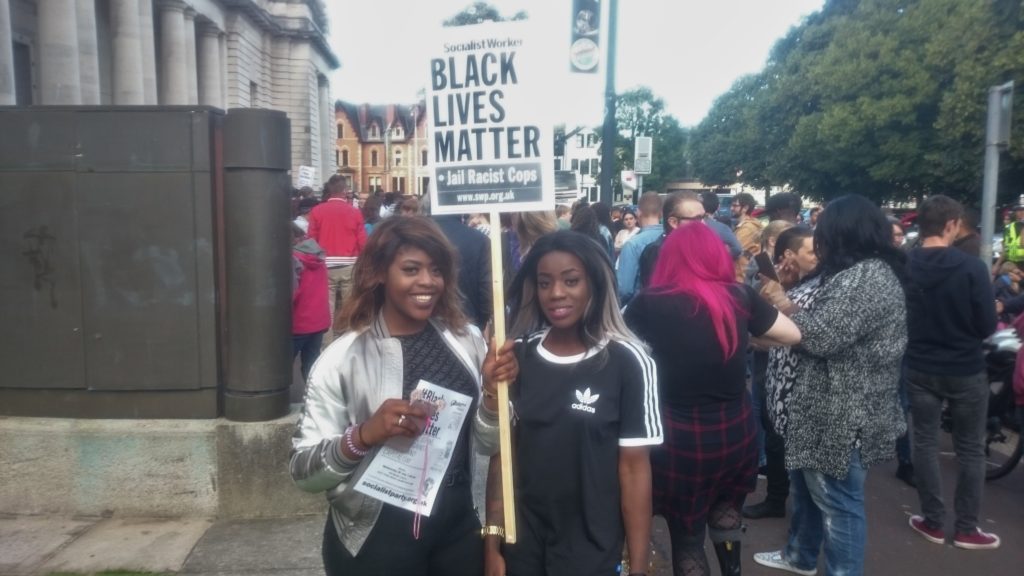 Addressing the speculation that Black Lives Matter is a ‘racist movement’ due to its title not including ‘All Lives Matter’, Tobi said: “All lives do matter, but not everyone is being killed by the police for wearing a hoodie and walking down the street.”

“Studying law has given me an insight to the level of institutional racism that people of colour face in the UK alone. I see too the extent of racial profiling by police in the UK.”

Both Tobi and Reiko believe that racism isn’t only existing in the police but within society too. Whilst commenting on how she was the only black girl in her accommodation hall’s floor at university, Tobi added: “One girl told me that when she first met me she thought I looked scary, because I had my natural afro hair at the time”. 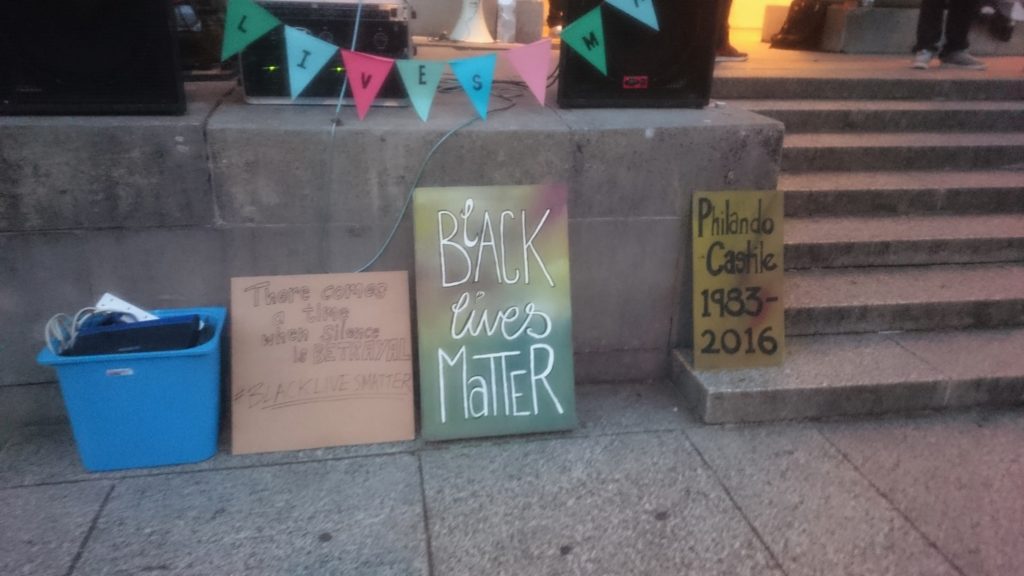 Another vigil will take place Saturday 6th August in Cardiff where attendees will march from outside St David’s Hall through the town centre to Queen Street.