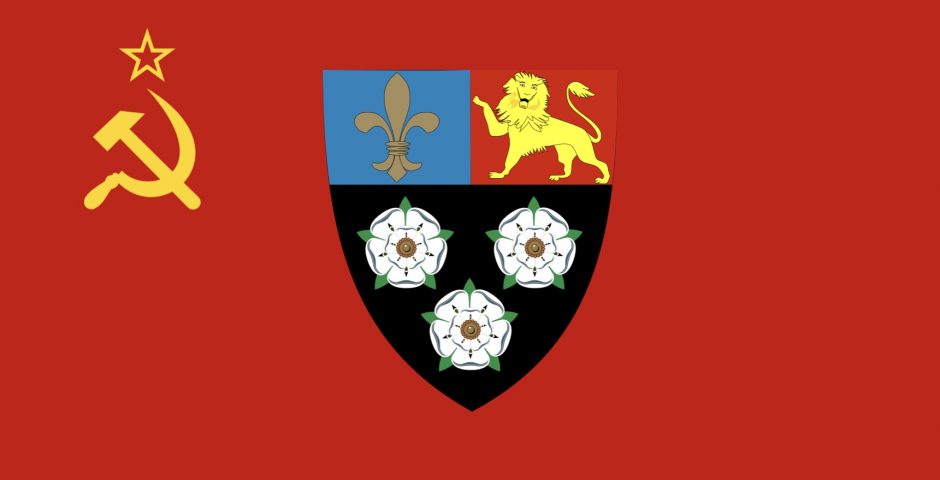 King’s Soviet flag: If you want it, be honest about it

Useful Idiots ain’t what they used to be.

Ironically, as the college which shares a coat of arms with Eton, King’s has become the Cambridge home of the far left.

To support the college’s “radical tradition”, and because people were painting it up on the wall, students hung a Soviet flag in the JCR, even framing it. Now, the USSR was a violent, genocidal regime, and Communism committed many of the same crimes as Nazism and Fascism, so why is it acceptable to hang a Soviet flag in your JCR, but not a Swastika?

An extreme example I know, but the logic still stands: why is it ok for us to use the flag of an extreme communist regime but not a fascist one? Communism and fascism are both guilty of committing atrocities: so would it be acceptable for a JCR to hang a Rhodesian flag? Perhaps the flag of Francoist Spain? All are associated with vile regimes, and their symbols should be reviled… but not all of them are. 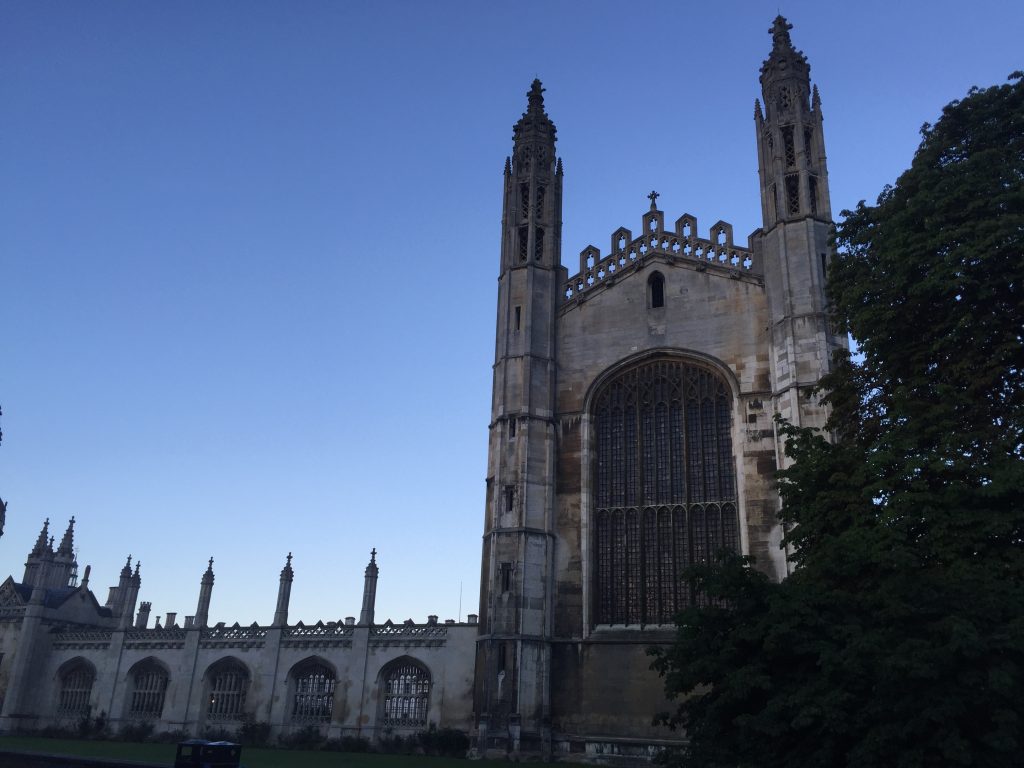 If we’re going to raise the flag, we need to know exactly what it represents

Some students have argued that the flag represented “the wider values of communism,” and regimes other than the USSR, thus legitimising the flag to an extent. But, after speaking to some students, when they were pressed about which regimes they thought were represented by the flag, one suggested (drum roll please)…

Give me strength. Communism is not the decent ideology of equality and peace some make it out to be. It advocates violent revolution and the removal of individual freedom. People have defended it by saying that while it had its flaws, Communism isn’t associated with genocide, while Fascism is. That’s not an excuse, that’s a problem with awareness. Khrushchev, talking about Stalinist Russia, said that it worked through “punitive organs, at the same time violating all existing forms of morality”. That’s not from an opponent of Communism, it’s from a leader of the Soviet Union. Fascism gave us (amongst other things) the Concentration Camps and Apartheid, and Communism gave us the atrocities in Cambodia. 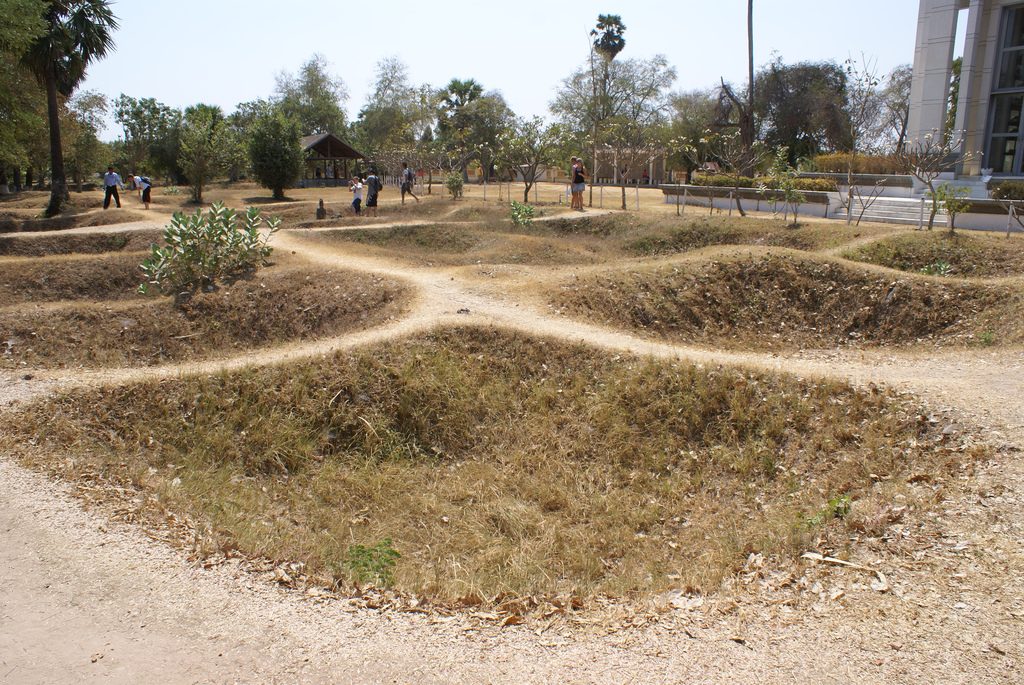 We know where the bodies are buried.

There was a time when the Cambridge far-left had a degree of romanticism, a sense of deluded idealism in the face of a collapsing world. Now, they made the wrong choice by supporting the Soviets, but the full extent of that regime had yet to emerge; the GULAG was just a rumour, and the real nature of the Show Trials were veiled in secrecy. In Cambridge, EH Carr wrote a history of the USSR which replaced objective analysis with unsubstantiated praise and wilful ignorance. If we want to be charitable, the Cambridge students with crushes on Stalin, Lenin and Marx in the 1930s laboured under a false impression, denied information about the true extent of Soviet crimes.

But we can’t explain away Communism by claiming ignorance anymore. The Killing Fields of Cambodia have flashed across our screens, the tanks of Tiananmen Square have trundled into our minds, and we now know that, instead of the Workers’ Paradises they claimed to be, Communist regimes were (and are) the sort of places which think nothing of torturing innocents. To borrow from Fatherland, we are no longer living in the House of the Blind. Kingsley Amis proposed that, after the true extent of Soviet crimes came to light, Robert Conquest’s book “The Great Terror” should be renamed “I told you so, you fucking fools.” If you persist in defending Communism while denying or explaining away its crimes, then, regrettably, you’re who Amis is talking about. 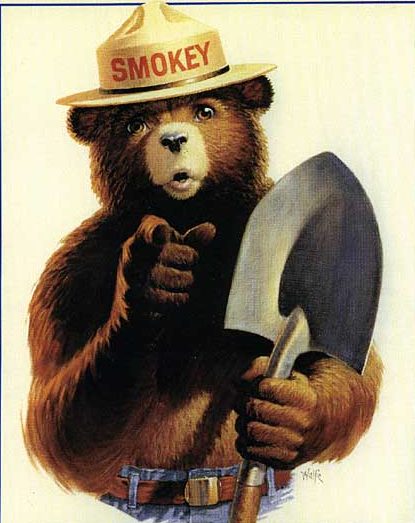 Smokey the Bear, singling out any Communist apologists who might be reading

It remains to be seen what’ll happen to the King’s Flag. People have suggested it be turned upside down, or painted in the college colours. But that misses the point. To trivialise, or even celebrate Communism in this way is to buy into a kind of absurd moral relativism. We would rightly condemn someone for wearing a T-Shirt with Hitler’s face on it, because he was responsible for the deaths of millions, so why is it more acceptable for people to wear Mao t-shirts? By all means, articulate extreme views. And, by all means, defend regimes others find abhorrent. But don’t persist in the useful idiocy that one totalitarian regime is somehow better than the other because it talks in terms of class rather than race.

There’s no distinction between crimes committed in the name of fascism and crimes committed in the name of communism. We should despise both the regimes which committed (and commit) them, and their symbols. To admire Communism and far-left regimes is akin to admiring fascism and far-right regimes. The motivations may be different, but the actions condoned and the authoritarian principles supported are the same.

So, here’s a message to the KCSU: if you oppose oppression, tear down this flag.

If you keep it up, you should at least have the spine to be honest as to what you’re condoning.