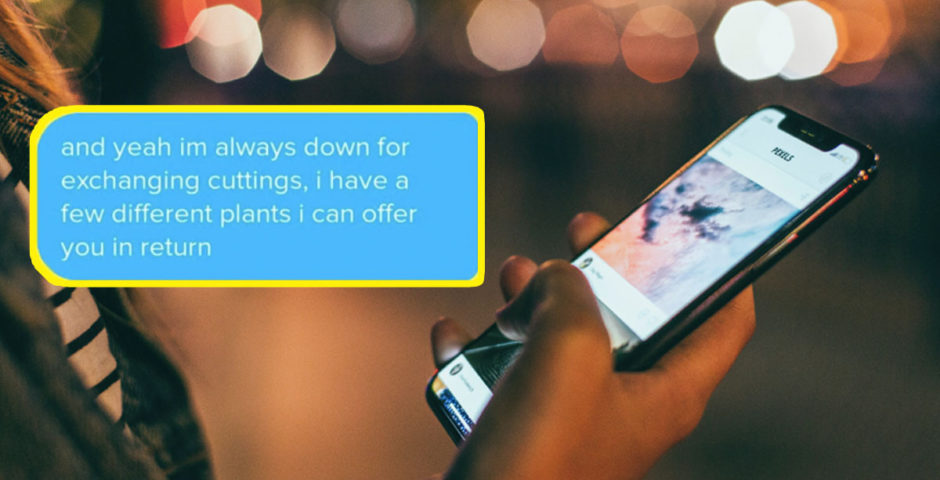 It doesn’t take much googling to find dating app horror stories. The internet is filled with tales of its rampant fuck boys, bios filled with toxic masculinity and the softbois dedicated to telling you they’re not like the other guys. Lest we forget Grindr; a lawless place where pictures of dick are more commonplace than ones of face. “What about Hinge!?”, I hear you cry. Behind Hinge’s gorgeous interface and promise of a better dating apps world veneer lies the same old tricks. Dating apps can be dismal.

But what about those who’ve find promise in their dark depths? There was that guy who asked 992 Grindr users how they were going to vote in the 2021 Holyrood elections, but what else? We asked people to get in touch with their dating app stories if they’ve ever used them for non shag related purposes and the tales we got might restore that faith in humanity you thought Tinder eradicated years ago.

“When I was in high school, I was staying at my friends in the middle of nowhere and we didn’t have UberEats or anything and we really wanted McDonald’s. We downloaded Grindr, put my pictures on and got this guy to bring us so much food on the promise that I’d go for a drive with him. I was so scared because I didn’t know him, so we hatched this dramatic plan where she ran over to the car and apologised and said I couldn’t come because it was 3am and too late. Very random but we got our McDonald’s.” Chris

Got to respect the hustle

“I was at the Isle of Wight festival with a band I work for and I used Grindr to come and get people to come and watch the band play.” Lewis 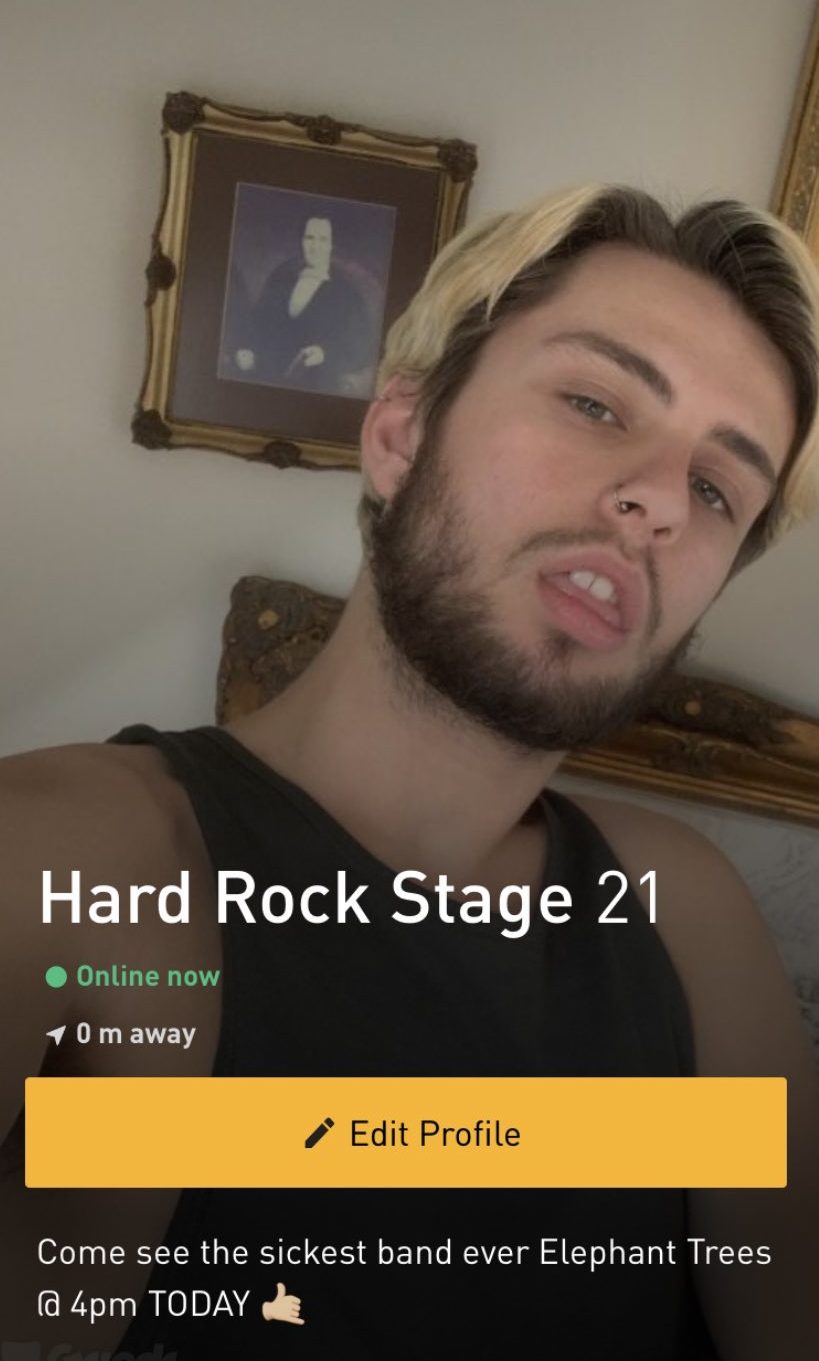 Using Grindr as your very own B&Q

“I’ve used it to borrow a corkscrew, an iron and some ladders. Never ended up using the ladders but appreciated that the offer was there.” Michael

“I got someone on Grindr to come and fix my shower and I didn’t have to do or pay a thing. Great times.” Sam

“I got too drunk on a night out and someone stole my phone. The next day, I downloaded Grindr on my iPad and found the last face I remember seeing before I blacked out and accused him of the theft. Got blocked.” Dean

“A guy helped me write my personal statement once.” Chris

“I downloaded Bumble to find a new BFF and now we literally live together.” Parisa

“I’ve made good friends with other trans girls via Grindr!” Nat 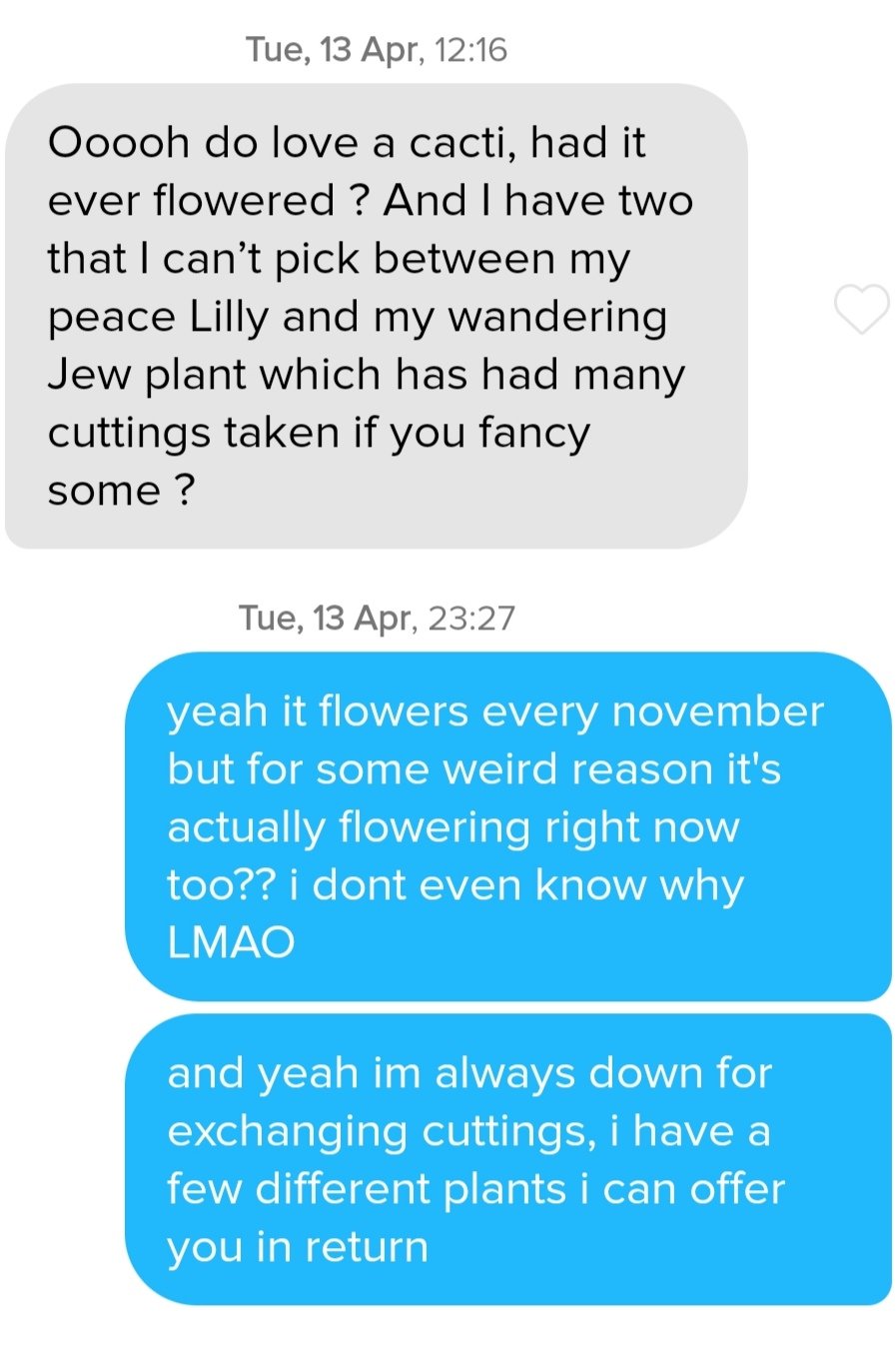 Making the most of cleaning kinks

“Someone off Grindr cleaned my flat for me after a party at nine in the morning. He got pleasure from cleaning guys flats so I let him do it whilst we were all in and watching.” Liam

“In third year of uni our dishes had piled up. I agreed with my flatmates to get a submissive guy from Grindr to come over and serve me by doing our dishes and other miscellaneous tasks.” Jake

Braver than our troops

“I was once asked to get rid of a spider from someone’s kitchen over Grindr and I did it.” Pete 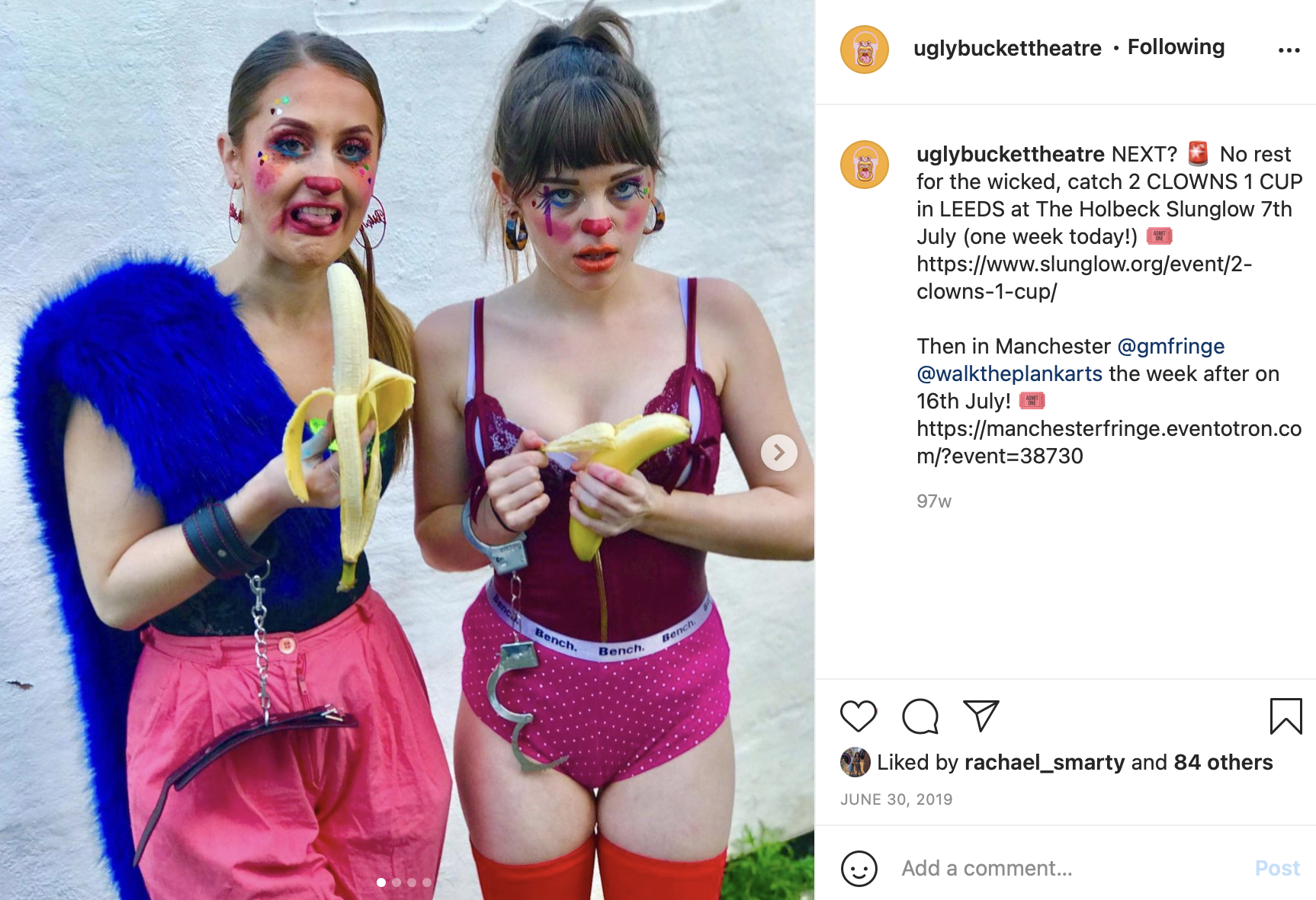 “We set up a Tinder profile to sell tickets for the new show we were working on. People laughed but it sold out so we laughed our way to the bank.” Grace from Ugly Bucket Theatre

“I use Grindr to get a cig on nights out. I only want the one after a vodka so I’m not going buying a 20 pack for the sake of it.” Conor

“Someone messaged me on Grindr to see how many reps I had left on the bench in the gym.” Alex

“A guy in my building always messages me to buzz him in when he forgets his fob!” Dan

“Every time me and my mate go to a new country we get Tinder to find a tour guide to get us to the best clubs.” Holly

“I used Grindr to travel round Vancouver Island for free, all in a completely non-sexual capacity.” Ben

“I had my passport stolen in South Korea the day I was due to fly home. I used Grindr to find someone to stay with for the night whilst waiting for my emergency passport, instead of paying for a hotel. I met a handsome Lufthansa pilot and stayed with him in the Seoul Hilton Hotel and spent an interesting evening with him where he told me stories from his exotic pilot life. The next day when I was en route to the airport with my freshly delivered emergency passport, I came across him on Tinder and found the link to his Instagram. Turns out he was actually cabin crew.” Will

Illegal purposes that we know nothing about and do not endorse

“Every new place I go to I use Grindr to get weed.” Jamie

“Used it to secure gear in Newcastle because we couldn’t find a dealer.” Rick

“A few years ago, I was at Pitchfork festival in Paris with some mates and we wanted to pick up some MDMA. Couldn’t find any anywhere, so we got one of our mates to download Tinder to try and use it to get some. It was wildly unsuccessful – one man just kept thinking we were trying to get Madonna tickets.” Emma

Some names have been changed upon request.