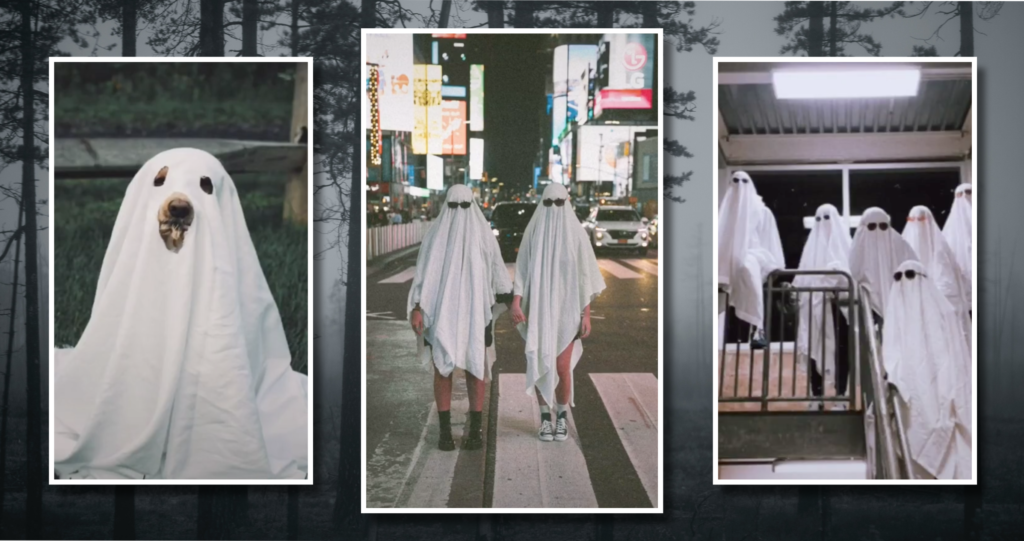 Of all the stupid stuff that’s come and gone on TikTok, why is it still a surprise when the latest ridiculous trend rears its ugly head? August was owned by “It’s M to the B“, so it was only right that September would throw up an equally nonsensical trend for everyone to scratch their heads at. You’ve seen it all over your feed recently – it’s not even October yet, but people on TikTok are properly getting into the Halloween spirit by dressing up in white sheets, putting sunglasses on and being photographed in a load of random places.

“Why?”, you ask. Good question. I’ve had a dig around and feel in a comfortable position to give you a (sort of) reasonable explanation as to why people are dressing up as ghosts on TikTok.

Why are people dressing up as ghosts on TikTok?

The whole trend started on September 10th 2020, when user @jackjanson88 uploaded a TikTok video in which he posed as a ghost in various pathways. Why? Your guess is as good as mine, but it’s bound to be something to do with the fact that summer is over and we are now looking towards autumn. Or maybe Halloween really has come early.

Whatever the reason, the trend then snowballed, with thousands more people stealing their parents’ spare bedsheets and donning sunglasses for a whole range of ghost photoshoot videos. Some are parodies that mock the original, whilst others show ghosts doing mundane human activities like brushing teeth and getting ready in the morning.

The accompanying song is Jack Stauber’s Oh Klahoma, a song which is neither about ghosts, Halloween or bedsheets, but ya know what? TikTok trends clearly don’t need to explain themselves to anybody.

The trend is posted under the hashtag #ghostphotoshoot and has amassed over two billion views since it originated just two weeks ago which is INSANE. I kinda get it though, some of these videos and photos have a really cool vintage instagrammy aesthetic to them, you know?

You’ll see what I mean – now we just need a tutorial on how to edit photos like this, please and thank you:

• Supercars and swimming pools: The TikTokers with the most expensive mansions