That’s less than half the legal minimum wage

Workers in British textile factories used by chains like Missguided, New Look and Boohoo are allegedly being paid as little as £3 and £3.50 an hour, according to Channel 4’s Dispatches.

The national living wage, the legal minimum, is £7.20 an hour for workers aged 25 and over. This was revealed by an undercover reporter from Channel 4’s Dispatches, whose full film will air tonight.

The documentary will emphasise the harsh truth behind the rise of cheap clothing and the abuse of minimum wage laws that takes place even in the UK. This comes after the Guardian investigation into Sports Direct in December 2015, which exposed workers at their Derbyshire warehouse were receiving less than the legal minimum wage. The workers were eventually awarded around £1m in back pay. 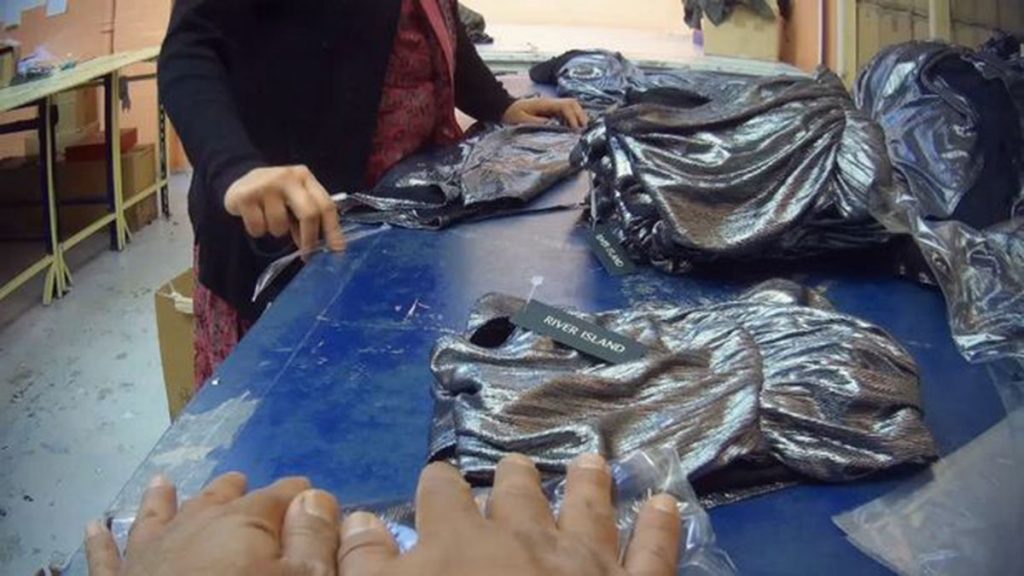 In the Channel 4 film, an undercover reporter gets a job at a factory that labels clothes for River Island, Fashion Square Ltd. He claims to have been paid £3 per hour, and when telling his boss he’d normally receive at least £7.20 an hour for work, he replied: “You won’t get that here. That’s what I’m telling you. We don’t get paid much for our clothes, and we need to compete with China and Bangladesh. They can get it cheap there. How will they get it made cheaper here? If we pay everyone £10 or £6 then we will make a loss.”

As well as this, the Dispatches reporter allegedly received £3.50 working in a factory making garments for New Look, £3.25 in one for Boohoo and Missguided.

River Island told Dispatches that Fashion Square had been removed from its approved factory list in February 2016. They said: “Suppliers were informed not to use this factory for any further orders. Subcontracting without River Island’s approval is a serious breach of our terms and conditions.”

Fashion Square and United Creations denied to Dispatches that anyone at their factories was paid below the legal minimum wage. New Look said the factory had been subcontracted by one of its suppliers without the retailer’s knowledge.

Boohoo said it was unaware that United Creations was carrying out work for one of its approved suppliers. The retailer said it would “not tolerate suppliers paying less than the minimum wage” and that a member of its compliance team had visited United Creations last week.

Missguided said: “We take the allegations very seriously and demand the highest standards of safety, working conditions and pay from all of our suppliers and subcontractors. We are committed to achieving the standards set by the Ethical Trading Initiative and conduct regular audits and spot-checks of our supply chain. We have begun an internal investigation. We will also ensure these matters are addressed urgently by the supplier in the best interests of the workers.”

New Look said the company was “extremely concerned” by the Dispatches revelations. The retailer said it had reduced the number of UK suppliers from 104 to 19 since 2011, and that it audits them regularly.