We need to talk about sexual assault at festivals

Four rapes were reported last year, and this could only be the tip of the iceberg

The first came from an image taken at Secret Garden Party, where a poster documented a “Serious sexual assault” and asked festival-goers to report information if they’d heard “screaming in the early hours” of the morning in the campsite. The second was of a 21-year-old man raping a woman in her forties at V Festival in Essex. The latter was caught. The first wasn’t.

This is just the tip of the iceberg. There were three cases of sexual assault reported at Glastonbury last year, a reported rape at Reading the year before, and in 2010 two women were raped at Latitude festival; one of them by multiple men. As with all sexual assault charges, only the minority are ever reported as victims struggle to address the issue and so the real figures could be anywhere upwards from these, already terrifying, examples.

Festivals seem the least likely backdrop for such disturbing statistics. Yet people are obviously more at risk to sexual predators when they’ve been drinking or taking drugs — two things which are exceedingly common on a festival campsite. Does this make festivals an especially dangerous breeding ground for these kinds of attacks? With their encouraging attitude to make new friends, wander freely and let loose, festivals are the epitome of care-free summer living for many people. However the bright and colourful scenery can quickly turn dark when people take advantage. 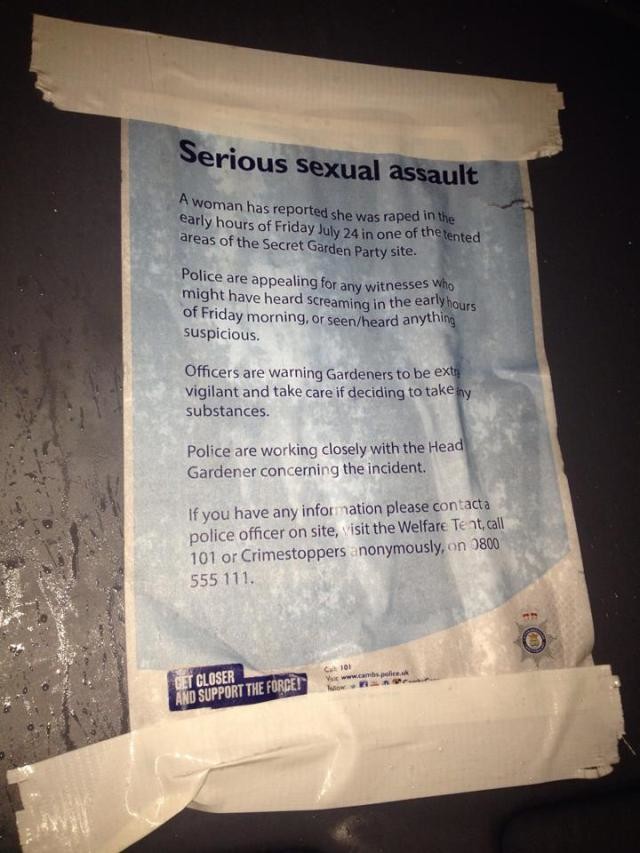 Sexual consent campaigns focused on clubbing have become appraisingly common – many student unions have created their own which target their respective campuses and club nights, and last year Thames Valley Police launched their animated video which compared sexual consent to asking someone if they’d like a cup of tea.

Yet despite the similarities between the dangers of sexual assault at both a nightclub and in the fields of Glasto, awareness always seems to be focused on the former, leaving the dangers of the second in the dark. Even with the statistics of attacks last summer, very few festivals, if any, appear to have a structured framework in place to prevent sexual attacks on their sites, or to even create awareness.

For some girls, the lack of attention festival organisers pay to the issue leaves them too worried to fully let go and enjoy their experience. Matty Epstein, 20, a second year English Literature student, believes that there is minimal awareness regarding sexual assault which leaves her anxious to ever stray away from the group she came with.

While attending Outlook festival in Croatia, Matty witnessed “dodgy ‘taxi drivers'” which stood outside the festival gates, catcalling and offering young girls lifts to their accommodation: “It’s absolutely insane that this is a subject matter that isn’t spoken about, considering the amount of drugs and alcohol at festivals.” 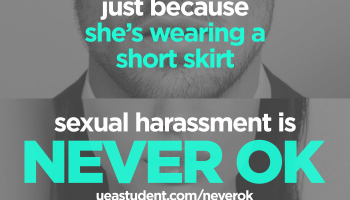 People are obviously in danger, and yet this is a fact we continue to skirt over. Following filed cases of sexual assault, various reporters have asked different festival planners what their intentions are to prevent similar circumstances from happening again, and yet, each time, the planners’ responses are vague, indefinite, and minimal.

Lauren Milwain, 20, a second year Drama student, has been visiting festivals each summer since she turned 16, and yet has never seen any campaigns put in place by festival organisers to raise awareness: “Sexual assault is something that festivals need to be more aware of, it’s obvious that there should be some sort of prevention or awareness scheme. It’s very careless of the people who run the festivals to think that this doesn’t happen.”

In November, the NUS launched their #StandByMe campaign to target and raise  awareness for the issue of sexual assault and rape on university campuses. NUS women’s officer, Susuana Amoah, believes that sexual assault at festivals is generally ignored by festival planners, and this is something that needs to change: “Often sexual assault is left out of wider work on safety at festivals in the same way it is sometimes ignored in universities. The leadership of these organisations sometimes don’t see it as a problem, or they acknowledge it but don’t know how to handle it and therefore do nothing or very little.

“I think festival organisers are aware of the added responsibility but are scared of the amount of work that needs to be done. This is a hugely important issue that should be prioritised, not pushed aside. Organisers need to develop strategies, training and support services to address sexual assault at their events.”

Amoah also stressed the importance of not using the inebriation of victims as an excuse for victim blaming: “The misuse of alcohol and recreational drugs can impact mental capacity, and capacity is a factor in how sexual consent is defined by law. They can be used as an excuse for sexual assault and often play a part in victim blaming. It’s clear drugs and alcohol are normalised in a festival atmosphere, so organisers need to address the consequences and make sure festival-goers are aware of what counts as sexual assault.”

The question remains whether individuals are aware of what is actually happening, and the scale on which the issue, hushed by festival planners who are scared of tarnishing the fairytale-like worlds they create with the morbid image of sexual assault, has been swept under the carpet?

Lauren said: “People need to be aware of sexual harassment, and they also need to know that it’s okay to report it too. In fact it’s the most important thing that they do. Many young people who have been sexually assaulted don’t say anything about it at all, which is so upsetting.”