Their thousands of vulnerable members are in need of real help

Facebook is made up of over 620 million groups, which provide forums for people who want to share pictures of their dogs or women eating on London’s tubes. On the flip-side, there are also groups of those offering support to people with depression. Groups of people who are suffering, and seeking help online from strangers. And these groups are populated by some of the most vulnerable people on Facebook.

Amy* joined a suicide support group on Facebook, when her depression became too much to handle. She had started having suicidal thoughts. But she didn’t find the support she’d hoped for.

“I was in a few groups for depression and suicide [as] I’m going through a really bad time,” she explains. “An admin for one of the groups told me to ‘go ahead and kill myself’ so I stopped following the groups and don’t want anything else to do with any of them.

“He also said he would contact everyone on my Facebook and tell them I was suicidal and then he deleted me from the group. I really didn’t expect an admin to talk to me in that way.” 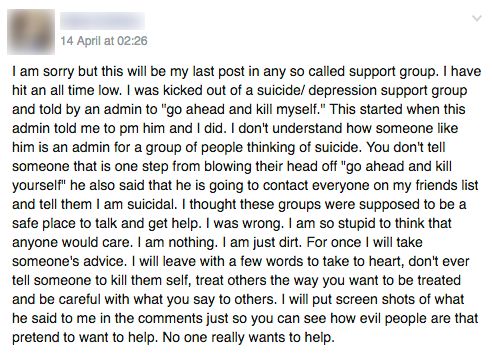 “The problem is that these groups are not transparent,” comments Professor Stephen Palmer PhD, the Director of the Coaching Psychology Unit at City University and editor of Suicide: strategies and interventions for reduction and prevention. “They are usually run by members of the public, not medical professionals.

“Sharing experiences can be positive. For example, talking to a friend, a counsellor, a psychologist, or a priest. If you look at the age-old therapy research going back 30 or 40 years, you can get this type of help from your bartender, or going down to the hairdressers. We used to call it ‘informal psychotherapy’. That can be very supportive – a complete stranger can be talking and listening to you and it can be incredibly useful provided that person is responding in a human way. [But] it’s not human – the way that events occurred in this case”. 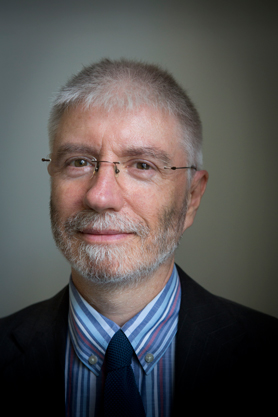 Not just anyone is qualified to comment on the states of minds of incredibly vulnerable people. “Most of the online groups do not have therapists running them,” he continues. “[So while a group could] be a form of ‘informal psychotherapy’, it depends how it’s run. Sometimes it just needs to be monitored. It’s not helpful at all. I can understand this person being incredibly distressed.”

In the states of stress and depression, individuals are wired to think in extremes – “all or nothing thinking” as Stephen refers to it – and the interactions in these groups can have severe and lasting consequences.

“I’m not adamantly against these groups,” he says. “But they are potentially dangerous. These admins have not had any training. This person – someone about whom [you don’t know anything] – could have a history of mental illness themselves.

“If a health professional had said some of the things that these admins had, there would be legal or professional registration implications – especially if something tragic were to have happened.

Telling someone to harm themselves could be an extreme example of ‘paradoxical intention’. “Paradoxical intention is a therapeutic technique used to try to make people realise their actions are irrational,” explains Professor Palmer. “[It’s] sometimes used in the treatment of OCD, but there is a caveat. And that caveat is that you would never use this technique for someone who is suicidal. Telling them to enact this is the last thing they need to hear in this state.”

He advises that those affected by depression contact the Samaritans. 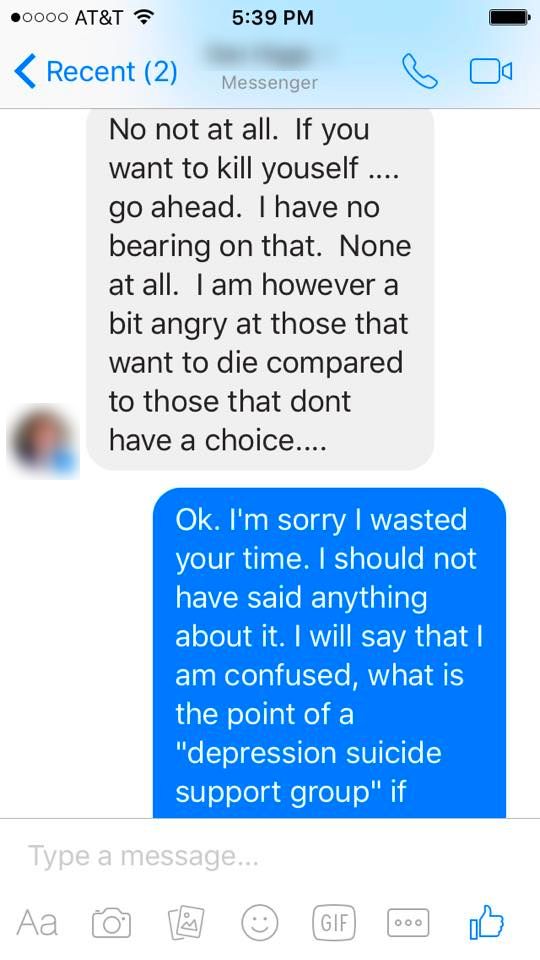 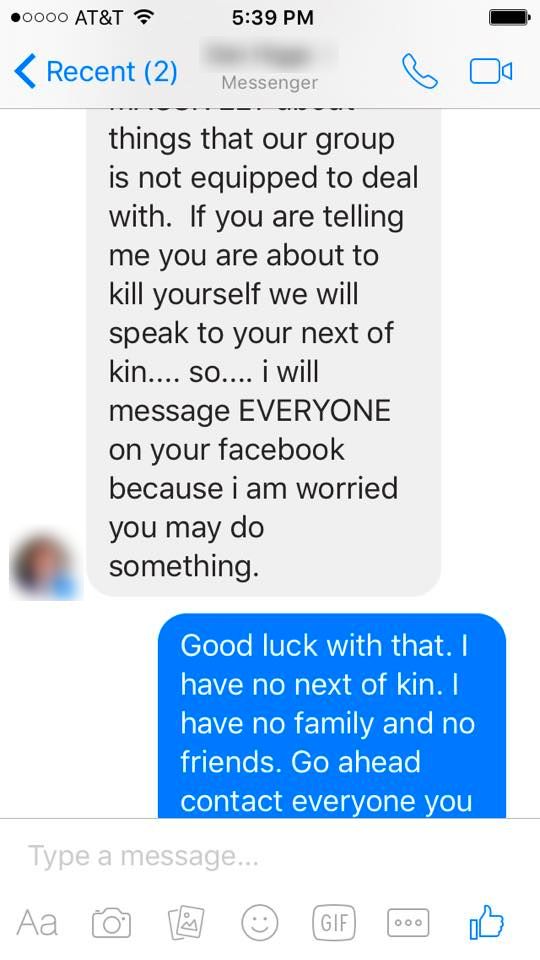 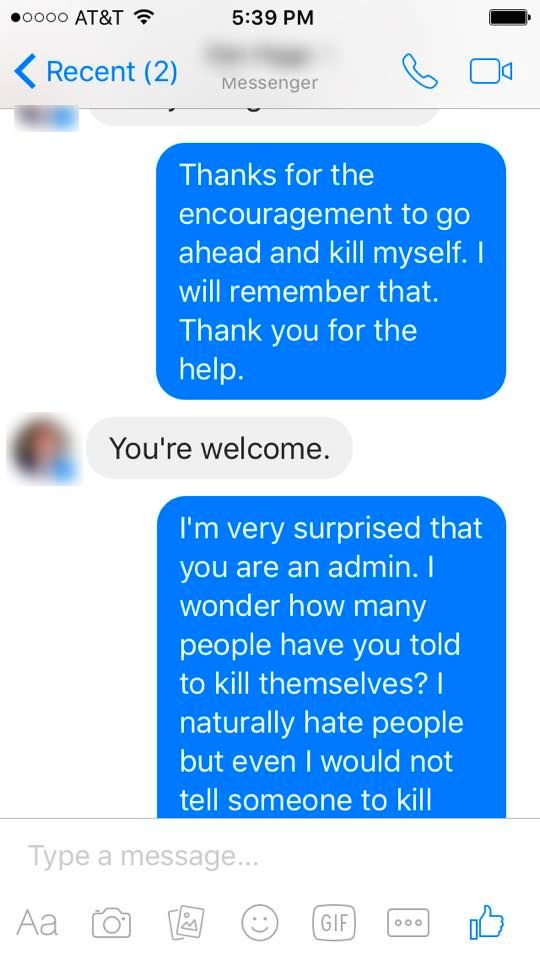 Amy feels defeated by her experience. “I thought about starting a support group for people that have been kicked out of support groups but I don’t have the energy to do it,” she says. “People need to know to be careful and not trust someone just because they are an admin to a suicide depression group. They do more harm than good.” 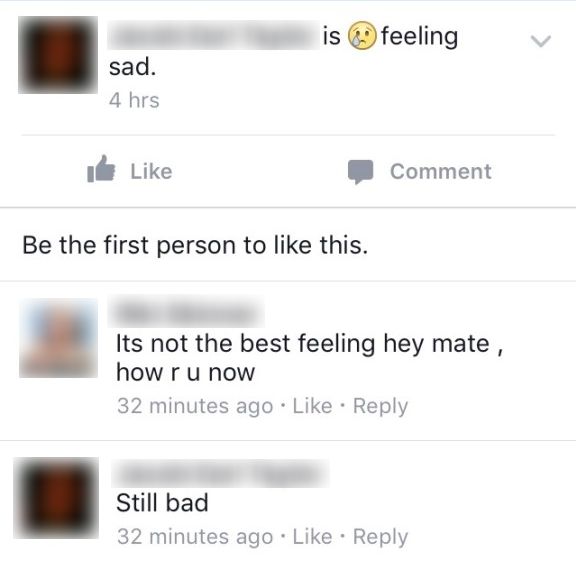 Importantly, the spaces are seen by those in the communities as places to talk freely. “I’ve been a part of that group for a while and was made admin the other day,” explains Lucy* a former admin of a depression support group. “I then noticed that all the admins just ‘advise’ people by jumping straight into telling them about seeking medical advice. Which is all well and good, but sometimes people just want to talk.

“I also noticed they had an admin group chat, and how bitchy [it was] so I decided to leave. It’s not something I wish to be a part of.

“In those two days [as an admin], I witnessed three other people leaving due to the way admins spoke to them. There was a female in her mid-20s who had reached out for help and was in a very dark place. [She wouldn’t take] much advice: she was so low she just bounced it away. Clearly all she wanted was to talk to somebody and to know somebody cared, but unfortunately, as I witnessed, the admin pushed her away told her she should see a doctor. They didn’t offer any comfort or support whatsoever.

“One admin posted a screen shot into the [admin] group chat, saying: ‘she’s fucking annoying me now, all she wants is attention. I’ve looked at her profile there isn’t even any pictures of her in hospital or anything. She’s lying.’ Obviously, with mental health issues, people don’t tend to post when they’ve been admitted to hospital. That admin chose to react in a vile manor which caused that lady a lot of distress and upset.

“What I thought was a positive and helpful group turned out to be completely the opposite. They put on a great front of acting caring and almost professional [but] in reality it’s nothing like that – especially for really vulnerable people who come to the group looking for help. I wouldn’t be surprised if the admin alone was a trigger. There were others that admins had ‘bitched’ about whilst I was in the group as an admin – which was only two days before I left the group altogether.

“I personally think that group needs to be shut down”.

*Name changed to protect the identity of the person involved.

If you are worried about yourself or anyone else, you can contact the Samaritans for free, 24 hours a day, on 116 123 or via email on [email protected].