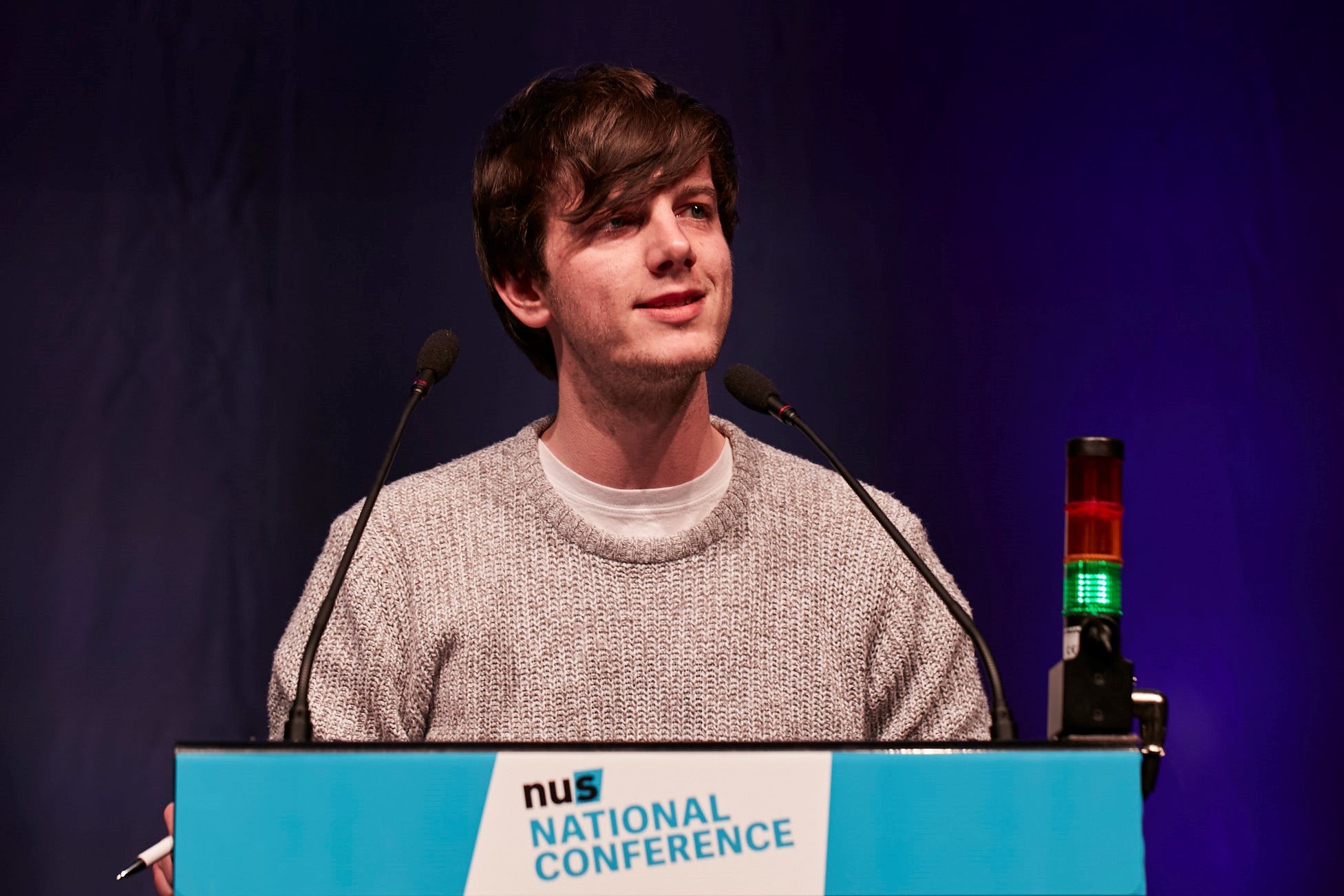 The NUS has had better weeks, but I promise we’re changing

Richard Brooks is the Vice President of the NUS, in charge of Union Development. He formally backed Megan Dunn, who lost to Malia Bouattia in the NUS Presidential elections last week. He wrote this for The Tab on why students shouldn’t vote to disaffiliate, after a Tab poll revealed nearly 75 per cent of students want to leave.

The NUS has had better weeks. Yes, I would have preferred a different result from our elections. Yes, there are legitimate concerns still to be answered. But I know that a national organisation for students’ unions is worth saving.

I have reason to think this. Let me take you back to 2012. That’s when I started at uni. I got involved with the students’ union as much as anyone else. But the truth is I really needed what was on offer. I was the first in my family to even go to university. I felt out of my depth. I didn’t know what I was doing. I craved to go home and drink my feelings at the Eight Bells with the guys.

I had no friends but the students’ union gave me the opportunity to make some. I would’ve have dropped out of my course but the union kept me in. I would have gone hungry but the union gave me food – literally. So I fell in love with the place, and the people, and the whole approach to education: students looking after each other, students trying to make it all a bit better.

I saw excitement and opportunity in a bit of student politics. I helped bus 150 of my friends to London from Hull (UK City of Culture 2017). We wanted to get to Parliament and tell politicians that we thought students were being mugged off: on fees, and graduate employment and on our futures.

I mean, the event was crap. It felt poorly organised, with low attendance and no impact. Different parts of NUS spent their day arguing about whose fault it was. And it rained. But there was a bright side –I started to see my problems were shared by others across the UK. I saw when the sun was shining and we were united students could be powerful.

Fast forward a couple of years and I’m stood on stage at NUS National Conference 2015. Not far off a thousand elected student reps are listening to me say that students up and down the country don’t know what NUS can do for them, that it’s too far away. We’re too divisive and not representative. Bet that sounds familiar?

I was proposing a democratic review of NUS – fixing who makes decisions and where. I won. And that’s what we’ve been doing this year, collecting information from students’ unions, getting opinions, analysing ourselves. (High-level procrastinators are welcome to read a big report online). Trying to decide the most effective ways to make our democracy better.

This is, to use a cliché, like turning around a cargo ship. But imagine that ship is full of pirates. So far I’ve managed to pass new principles for our democracy at National Conference. Because when you decide to rebuild the democratic structure of an organisation with 600 members, representing seven million people, you need that early decision about how to go about doing it. You need the pirates to agree at a basic level not to cutlass each other and roughly how much rum they need to make good decisions.

Next National Conference will be the one to watch. Because the full, radical proposals will come back for approval. This was all going on long before the elections that happened last week, and will continue. My thinking is that One Student One Vote will not be the best answer. NUS is a membership organisation for students’ unions. We rely on them to tell us what the issues are for their students.

But the debate is open and I’m happy to be convinced otherwise: [email protected]

That’s what I’m about – defending and building students’ unions so students who need support and a voice and maybe a bit of empowerment, like me once upon a time, have the opportunities I was given. It’s a matter of hope and blind faith. If you really want to change NUS. If you think (like me) that it’s a thing worth saving – then get behind the movement for a new democratic structure that works for students and students’ unions. And get yourself elected as an NUS Delegate to make it happen in Brighton next year.

When it rains on NUS, it really pours. But the sun’s about to come out, I swear.