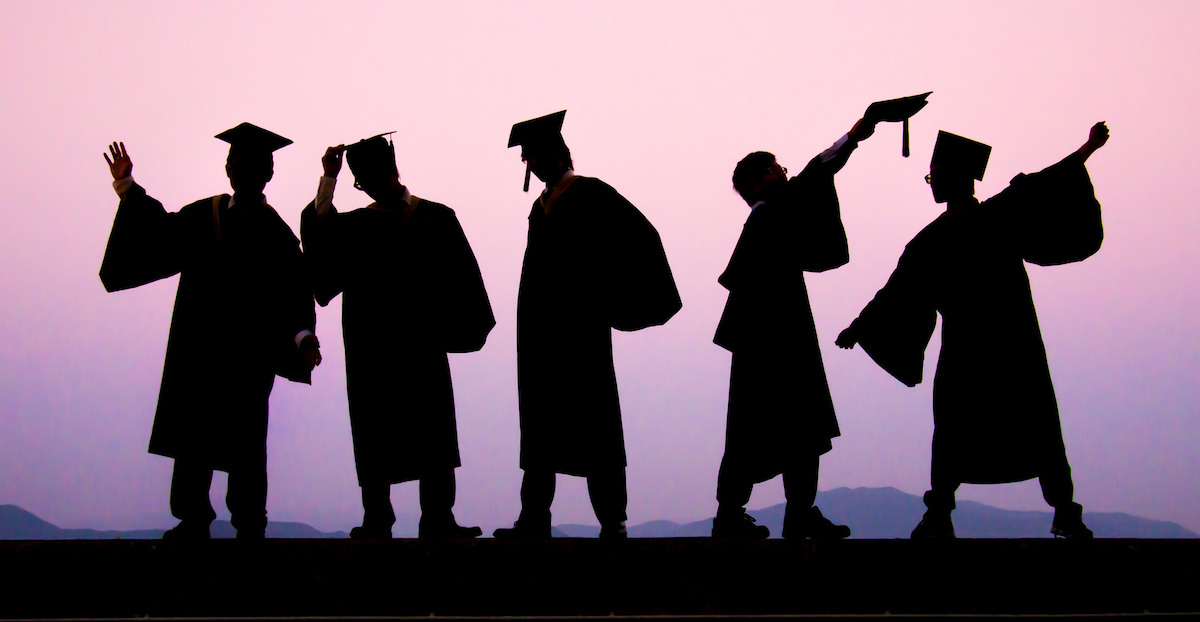 Question: do you know what the national living wage is?

It’s therefore likely of little solace to workers who are paid this wage that those in charge aren’t on top of this either. A jobs website affiliated with the government has been advertising for jobs that pay below the national living wage.

The Graduate Talent Pool bills itself as “an initiative” from gov.uk. It promises that all of its internships are paid, that they are government-backed and funded, that they are for graduates from the last few years, and with employers of all shapes and sizes. Seemingly, they are.

But Graduate Fog, a careers blog that champions fairer treatment of working graduates, discovered that several adverts for jobs and internships on Graduate Talent Pool’s website offered salaries that did not meet the minimum wage mandated by the new National Living Wage (NLW) legislation that came into force this month. Read Graduate Fog’s original piece here.

Notably, since 1 April, those over 25, who are not in the first year of an apprenticeship, must be paid £7.20/hour. This figure is the National Living Wage. 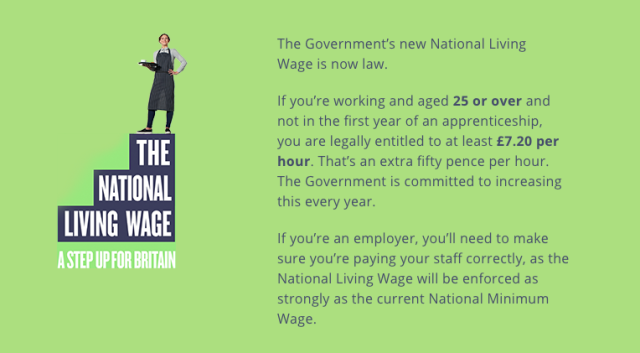 Based on this, Graduate Fog identified three problematic adverts. 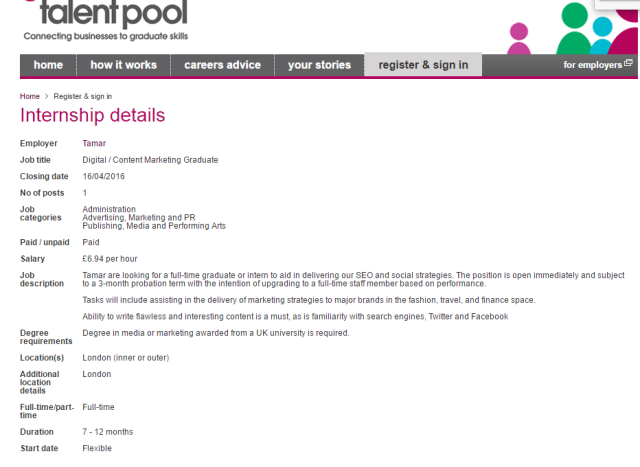 Two more roles, with recruitment agency Inspiring Interns, for a graduate analyst internship and a graduate marketing and research internship, were offering monthly pay of £1100.

This salary would only be ‘legal’ for someone aged 25 if they were working 35 hours or fewer a week. The adverts did not specify, but Graduate Fog argues that 37 hours per week is “considered to be standard in most industries”.

Therefore if both roles had required the employee to work more than 35 hours a week, then the hourly wage for anyone aged 25 and over would amount to £6.84/hour. This obviously also falls short of the mandated £7.20 per hour. 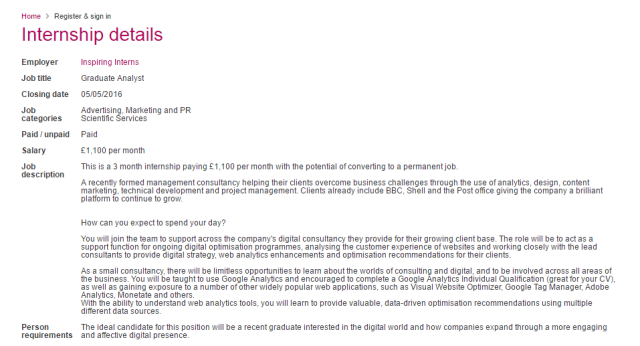 These roles were removed from the Graduate Talent Pool (GTP) website when Graduate Fog raised these issues.

Graduate Fog founder Tanya de Grunwald explains that she pursued the issue when she noticed a new selection of internships being promoted by GTP on Twitter.

In emails between de Grunwald and a member of staff at GTP, de Grunwald asks if the role at Tamar is “open to applicants of all ages”, observing that “it is quite possible that someone who wants this internship could be aged 25 or over, yet it would be illegal to pay them the stated salary as the new national living wage for people their age is £7.20 per hour”. She asks, “would their application go in the bin because they are deemed too expensive?”

GTP confirms in its response that the positions had been taken down “amongst others” and that it is “currently re-evaluating any vacancies which might be affected by the Living Wage by taking down the adverts temporarily.” It thanks her for bringing the issues to their attention and promises that they are talking to the companies about the issue.

In the last email in the chain, de Grunwald asks GTP to explain why the checks weren’t made before the new NLW was introduced. She has not received a response.

The legislation only came into force this month. However, as de Grunwald points out, the changes were announced in July 2015, so GTP, and the companies for whom it advertises roles, have had nine months to prepare for the changes.

“This muddle is proof that there are big practical problems with the introduction of yet another ‘band’ of pay for young workers created by the introduction of the National Living Wage,” de Grunwald told The Tab. “[It] raises questions about how salaries for jobs likely to be taken by young workers should be advertised. Are employers allowed to stipulate that only people under under 25 can apply for jobs, as their minimum is the top wage they’re prepared to offer? Isn’t that unfair on older workers?

“I worry that if the government’s own jobs website can’t work it out, what hope is there that employers will know what they should be doing to ensure all jobs are advertised fairly and legally?

The Tab has contacted the Graduate Talent Pool for comment.

Update, 8.05pm: A representative from the Department for Business, Innovation and Skills has responded to the piece with the following statement.

“The Graduate Talent Pool website is run externally on behalf of the department. As soon as we became aware of these adverts, they were taken down, and appropriate checks have now been put in place to ensure this does not happen again.”