This is the first ever study to do so

LSD is reportedly having a resurgence.

A lot has changed since the summer of love in 1967: a summer with which we are familiar largely through historical references we don’t really understand. Yet between 2013 and 2015,acid use tripled. Many called it the drug of last summer. And in culture too, acid is resurfacing back to the mainstream. A$AP Rocky, a man known for rapping almost exclusively about weed, money and women, has switched to singing about LSD instead. That means something.

Early last year, The Tab reported that a professor at Imperial was giving students LSD and observing what happened.

Now, some researchers have produced the first ever brain scan study on the effects of LSD.

Today, I am a world away from the fields of Glastonbury in its bell-bottom, hippie heyday: inside a quiet room at the Royal Society, a stone’s throw from genteel St James’ Park.

Scientists from Imperial believe the drug can help sufferers of depression, OCD and even addiction. The possibilities, they say, are endless. “It’s of the most important drugs ever known”, Professor David Nutt tells the assembled room.

This is what they discovered. All participants of the study experienced visual hallucinations, and noted “profound” changes in consciousness on LSD. Two weeks after taking the drug, the participants stated that they were more “open to experiences” and felt “optimistic”.

Scientists discovered that on LSD, more blood flows to the visual regions of the brain. Distinct brain networks became better connected to one another, which allows for increased communication.

Now the first study is done, we could see further experiments into the therapeutic use of psychoactive drugs. 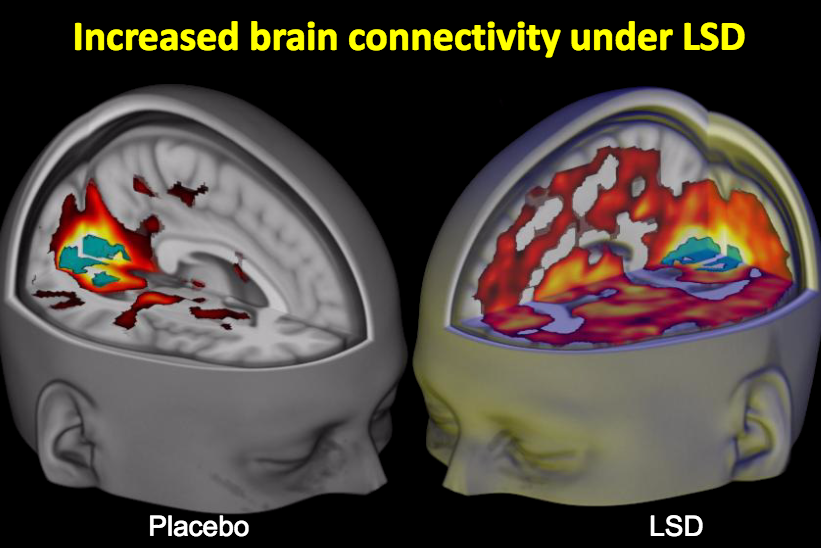 This is what the brain looks like on LSD

“This is easily the most significant thing I’ve ever done. Both in scale, and [in the sense] that it’s never been done before,” admits Professor Nutt, who formerly worked as an advisor to the Ministry of Defence, the Department of Health and the Home Office. He was also the chairman of the Advisory Council on the Misuse of Drugs (ACMD).

For a man who has famously campaigned against drug laws and said that psychedelics were safer than alcohol, his old job was like “being caught between a rock and a hard place”. He adds: “I got sacked, which gave me a little more freedom.”

LSD is illegal. How did they do it? 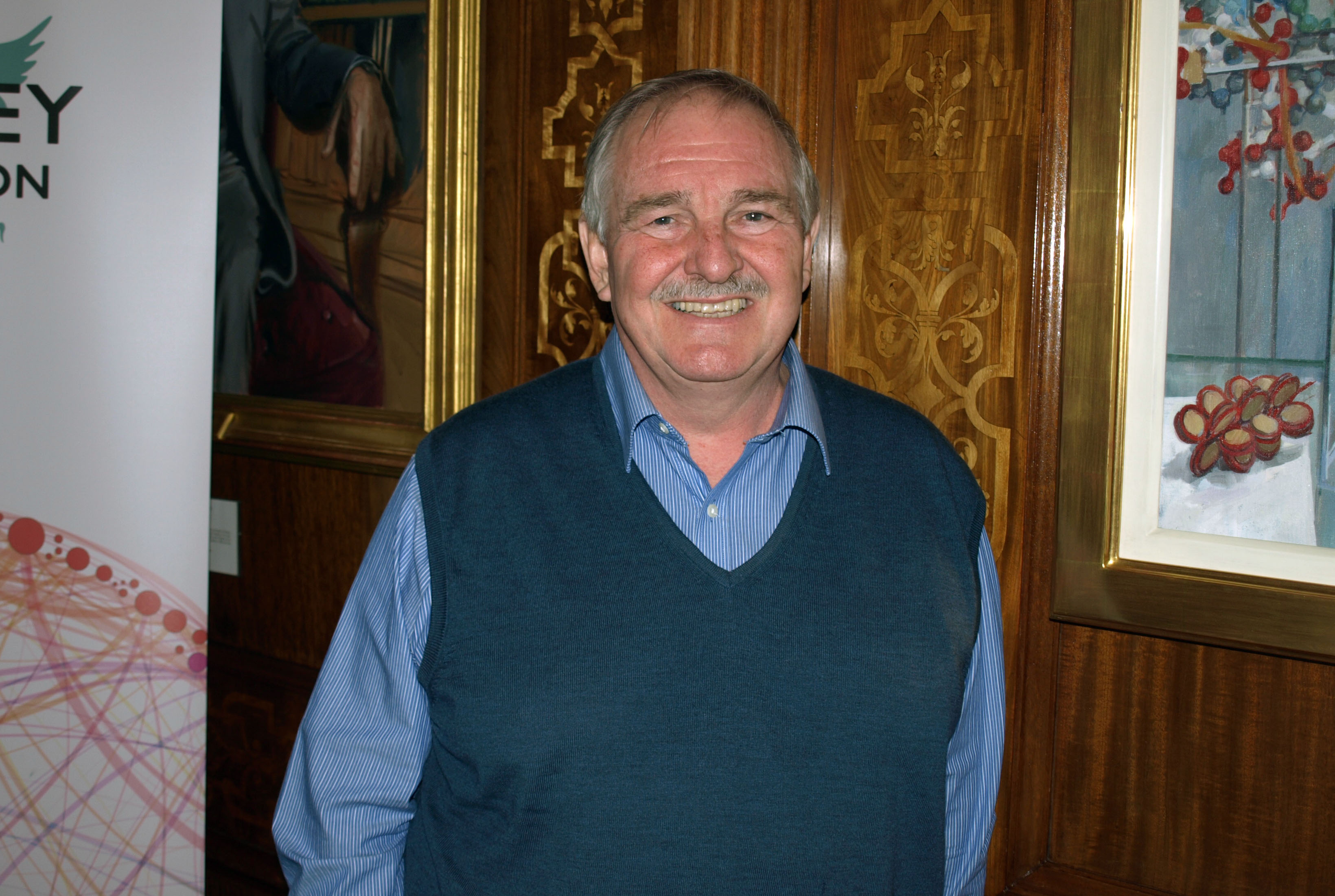 In Britain, LSD is a Class A drug. This means the government considers it one of the most harmless and addictive things we can put inside our bodies. The maximum penalty for possession of LSD is seven years, while supplying acid can get you a life sentence in prison. This is exactly why a study of this kind has never happened before. “Nobody did it because of the reputational risk,” explains Nutt.

Thankfully the scientists – Professor Nutt, Dr Carhart-Harris and Amanda Feilding – were able to circumvent this on the grounds of research. They obtained a special license from the Home Office and a favourable opinion from an ethics committee. They say they were not short of volunteers to participate.

There are a few things to note. All volunteers had previously consumed LSD, explains Dr Robin Carhart-Harris. He adds: “They had a background of solid mental health and there was a very thorough screening.” 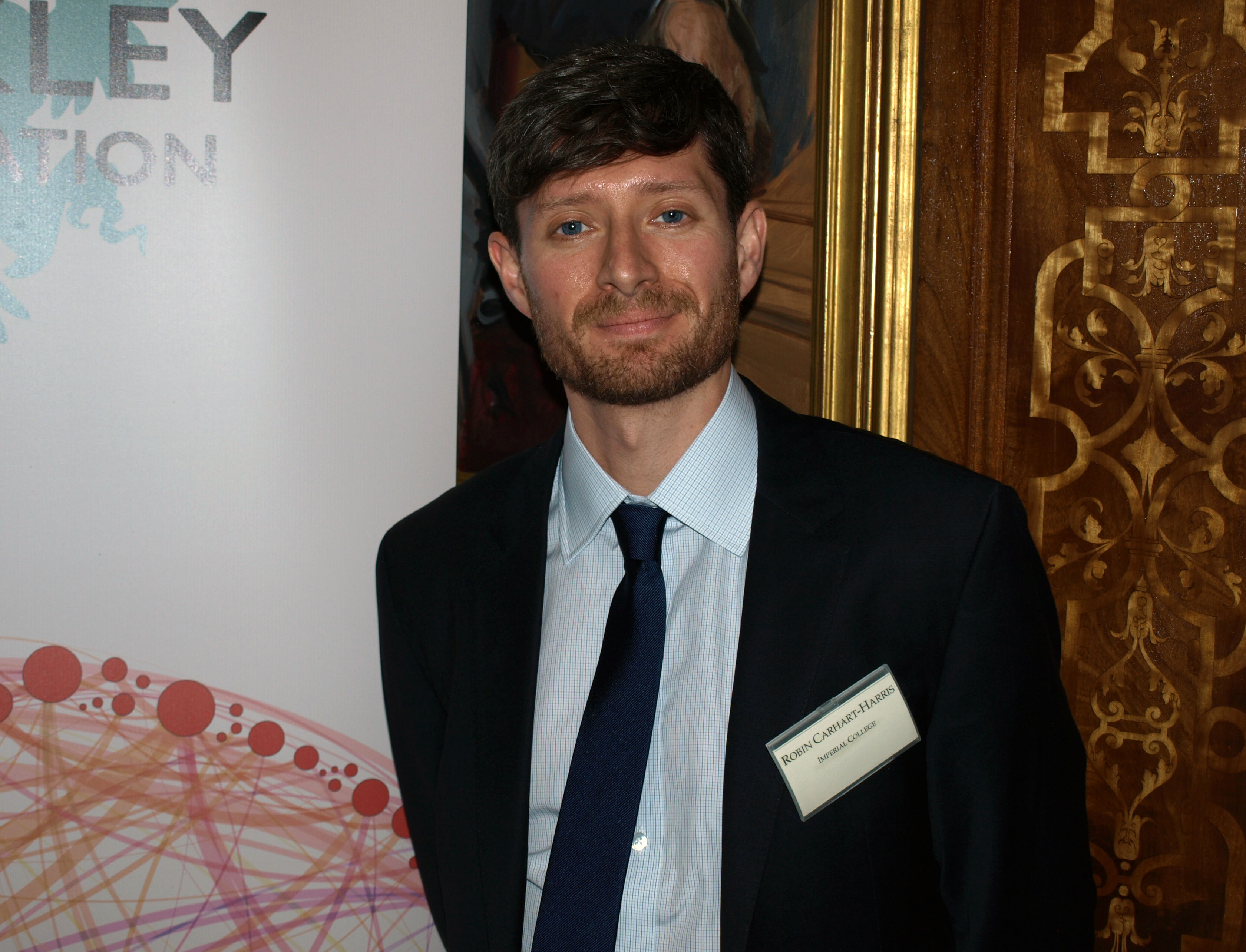 “It was intense. I had a sense of being inside and outside of myself at the same time”, says one of those studied. Taking LSD created a “feeling of no boundaries,” another adds. “I did not know where I ended and my surroundings began. Somehow I was able to comprehend what oneness is.”

20 people were either given 75ug of LSD or the placebo (saline) on two separate days. Dr Carhart-Harris explains how they were told to keep still, shut their eyes and not go to sleep. The rest was up to them.

“[When you take LSD] there is an explosion of communication,” he says. “Much more of the brain is focused on what is visual. They’re seeing very strange things. Entities, beings, faces, objects and perhaps landscapes.”

“We’re just getting to the surface of understanding how psychedelics work on the brain.” 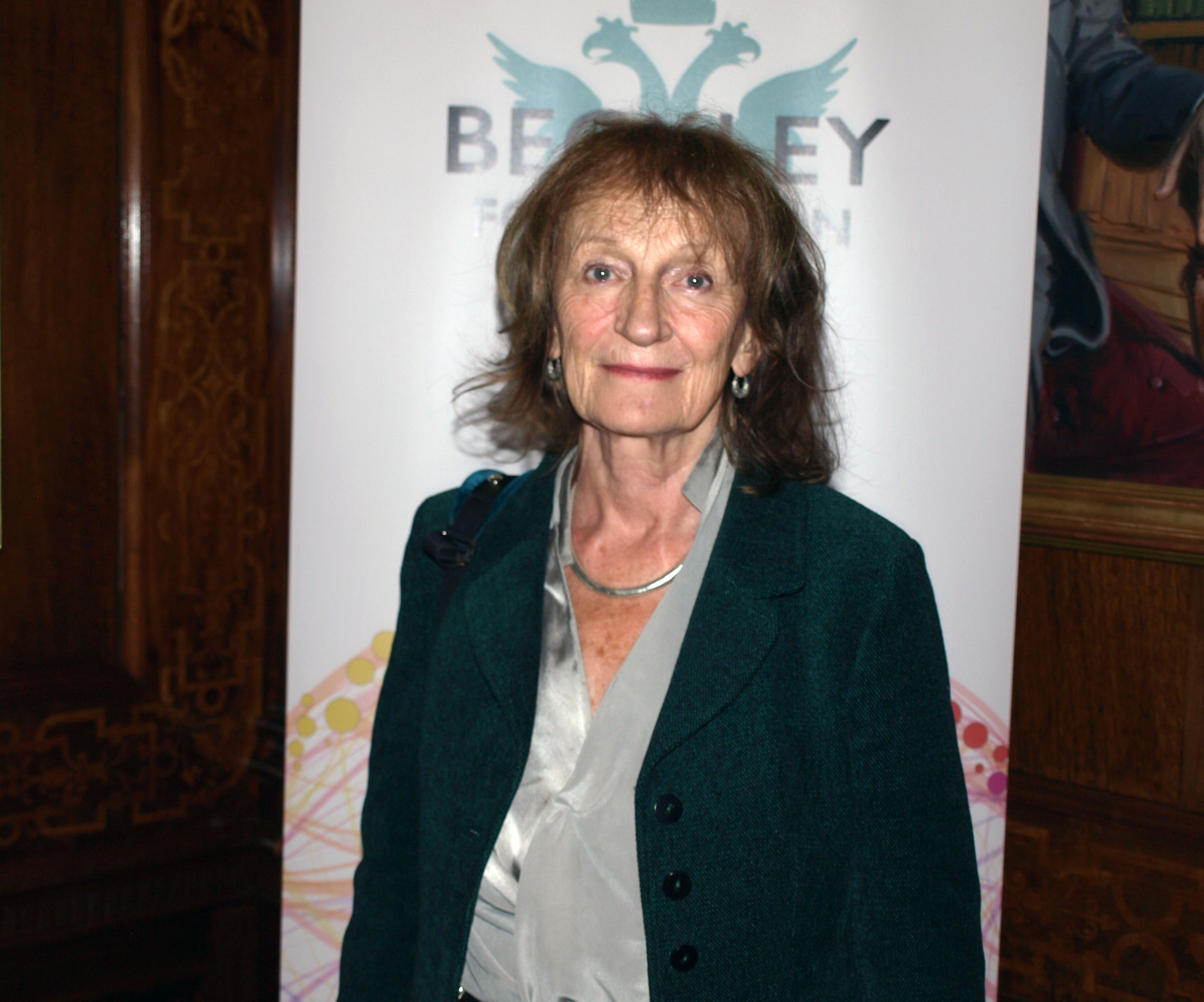 A study like this has been banned for 50 years

LSD was discovered in 1943, and brought with it a cultural evolution just two decades later. At the time, there was a “burst of medical excitement in the medical and therapeutic worlds,” explains Amanda Feilding, a drug policy reformer who runs the Beckley Foundation.

“Over 3000 experimental and clinical studies were undertaken,” she says. “Then in the early sixties, LSD escaped from the labs and began to spread like wildfire into the world at large. For many years I used LSD as a tool to enhance work, creativity, self-discovery and enjoyment.”

Not long after the drug became widely popular, it was made illegal in both the UK and the US. 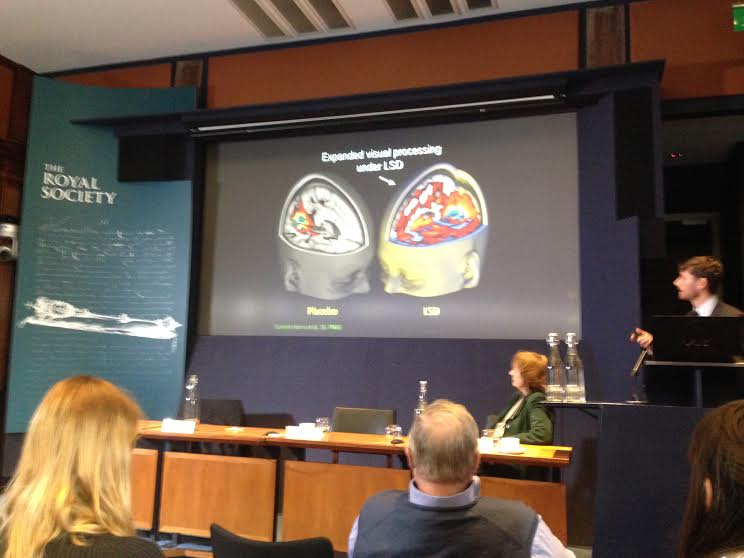 “We needed to feel confident they could tolerate it,”says Dr Carhart-Harris. “In the future, there could be plans to study people who are psycho-naive. To give a psychedelic to someone who hadn’t had it before.”

He adds: “We still don’t know if we’ll be able to give drugs to a normal person. People could say we are introducing them to drugs.”

One important thing to note is that none of those given LSD ‘freaked out’ or had any kind of bad trip. “We saw no boosts to anxiety, or to negative thinking,” says Dr Carhart-Harris. “Historically there is the sense of disintegration,” says Professor Nutt. “Some find it interesting, some find it frightening.”

What next? In the words of Professor David Nutt: “hopefully the flood gates will open.”