He was drinking Grey Goose

According to reports in The Sun and The Mirror, Arsenal footballer Jack Wilshere was kicked out of the Café de Paris club in Leicester Square over the weekend. An argument spilled out onto the street and the police were called.

The 24-year-old hasn’t played a game since breaking a leg in pre-season training, but he is expected to be named as part of the England Euro 2016 team.

We spoke to a guy who had a full view of Jack Wilshere’s table and witnessed him getting thrown out of the club.

We were on one side of the club on a table. Jack Wilshere was on the other side. He had a baseball cap on but it was definitely him. Some of the girls around our table were also on his – they were on a hen night. I was hesitant about going over for a photo, because I’m a big Arsenal fan.

He looked like he was being rowdy over there. They were obviously out to have a good time and there was quite a lot of booze on the table. There was at least one bottle of Grey Goose and some champagne. A bottle of Grey Goose was around £300 in there. I was surprised as the Euros are coming up.

It think he got aggy with some of the staff members and they didn’t appreciate that. Perhaps they didn’t even know who he was.

I saw Jack being throttled by two huge bouncers and lifted out the club. They literally picked him up off the floor. He and a friend were kicking and screaming, and it spilled out into the street. He was fuming. He looked like any angry guy who had been kicked out of a club. 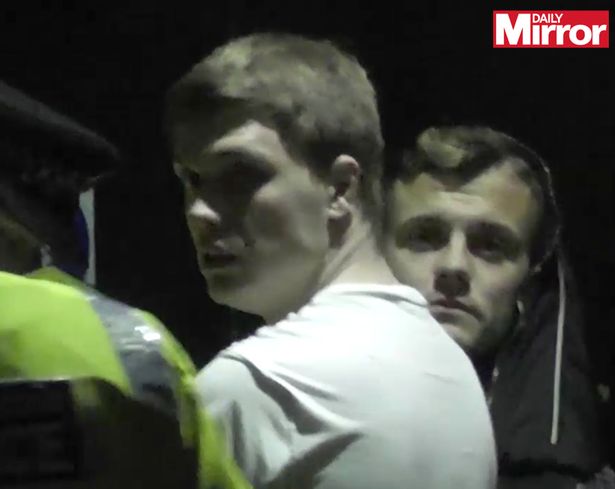 Jack outside the club. Photo: The Daily Mirror

I was laughing, it was funny. But all of the girls on my table started screaming and ran after him. I think one of them was his girlfriend and she wasn’t happy.

We decided to leave a little bit after and were planning to take some of the girls with us. Some of them were consoling the girl, telling it her it was alright. She was in tears, saying how wrong it was that people were filming and how it wasn’t Jack’s fault at all. There were police and lots of crowds around so we left.

It’s the second time I’ve been to Cafe de Paris. I wouldn’t have expected to see him there. Maybe because it’s not so high profile, it was less likely he’d get recognised. I thought he’d go somewhere more high end.

This hasn’t changed my opinion of him. I’ve seen a lot of footballers out and about in clubs and restaurants. You don’t have to be boring like James Milner. Have a drink but don’t take it too far.

On the matter, Cafe de Paris has said: “We can confirm Jack was asked to leave but he is welcome back anytime.”