In December of 2015, 22-year-old Lily Partridge collapsed after being hit on the head during a rugby training session. She was treated on the side of the pitch before being taken to intensive care at Royal Devon and Exeter Hospital. She died later that day. Her organs saved the lives of four people.

Becky Roberts was just 17 when she died after an epileptic seizure in late 2015. Her organs saved the lives of six people. 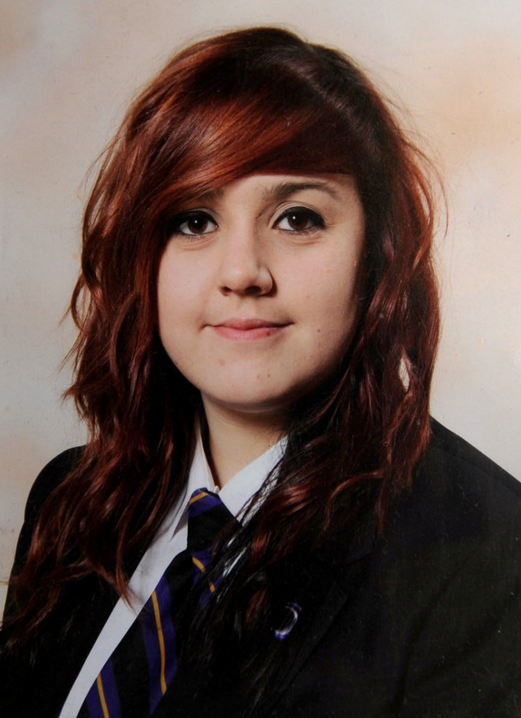 Becky Roberts shortly before her death

Harry James Kirkham, a 15-year-old from Birmingham, was hit by a police car in March 2015. His organs have kept three other people alive.

Kyle Asquith, a GCSE student from Yorkshire, collapsed and died after suffering a brain haemorrhage at his home in Leeds in 2013. His pancreas and kidneys saved the life of a man from Dundee and his other organs saved four others.

1300 people in the UK died last year waiting for organs. 1300 lives were ended because a box on an online form wasn’t ticked. 1300 families mourned a loss that shouldn’t have happened.

There is no sensible argument to keep your organs after you die. To keep them in your body because of warped religious beliefs, weird sentimentality or a general sense of discomfort with the whole thing is mind-numbingly stupid.

I don’t know if the majority of those in the UK who have not signed up to save someone’s life with no effort on their part are selfish. I don’t know whether the millions of people who ignored the little box when getting their provisional licence care about other people. But what I do know, is that if they were in trouble and they needed a new spleen or liver or heart or corneas, they would take them and never look back.

Did you know: There are currently over 6,400 people waiting for an organ transplant. pic.twitter.com/yPauJN4ulK

And really that’s where the problem is. For every 100 people that would take organs, use and abuse them as if they were their own and be buried with them nestling inside their body, a tiny fraction of those actually bother to give something back.

But you know all this. There’s nothing here that hasn’t been said in adverts and articles written by donors’ families, or by a celebrity fronting an awareness campaign.

Join the Organ Donor Register and you could save up to 9 lives! What an amazing thing to do https://t.co/Z0v6nMMVJP pic.twitter.com/WfobD2Mz4x

You know how easy it is. You know how little effort it takes. You know it takes a hundredth of the time that watching 7 Pounds and seeing the agony etched on Will Smith’s face takes.

I signed up as soon as I could. Not because I wanted to secure some smug, moral superiority, nor rub it in anyone’s face, but because life is short and shit and nasty and if I ever need a transplant to survive, I would like to look the family of the donor in the eyes and tell them I would do the same for them.

This piece is part of a series on health and mental health. If you have a story you want to tell, email [email protected] to get involved.