Wake me up when it’s all over

Avicii has announced he’s retiring from touring at the age of 26.

In a long statement on his Facebook page, the DJ who’s real name is Tim Bergling, explained that his £50million career has “never been influenced by material things”.

He added: “Two weeks ago, I took the time to drive across the U.S. with my friends and team, to just look and see and think about things in a new way”. It sounds a bit like he found himself.

Avicii will be back. But the most interesting part of the story was that at the bottom of the piece he gave out his number, for fans to contact him. It’s +46769436383, if you’re interested.

Avicii got distraught messages from fans, EDM haters and other DJs just wondering who is going to make the bangers from now on. 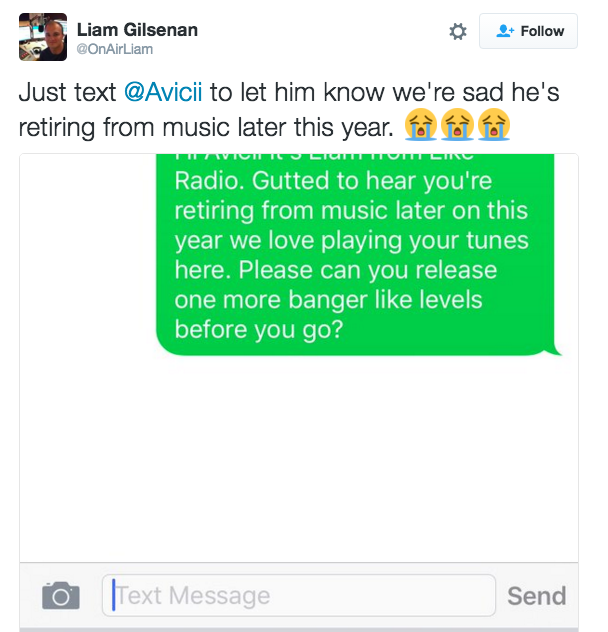 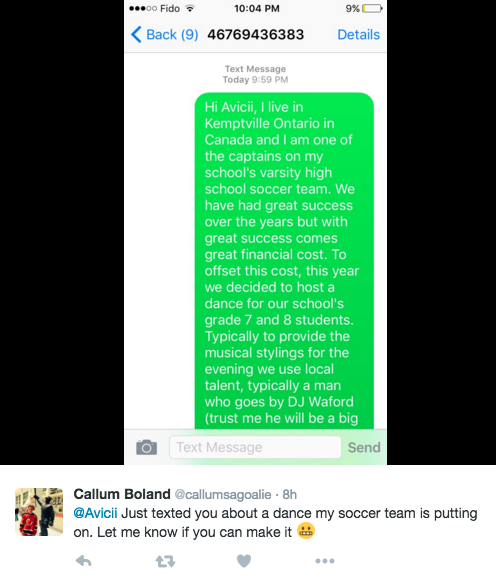 Others got weirdly friendly with him 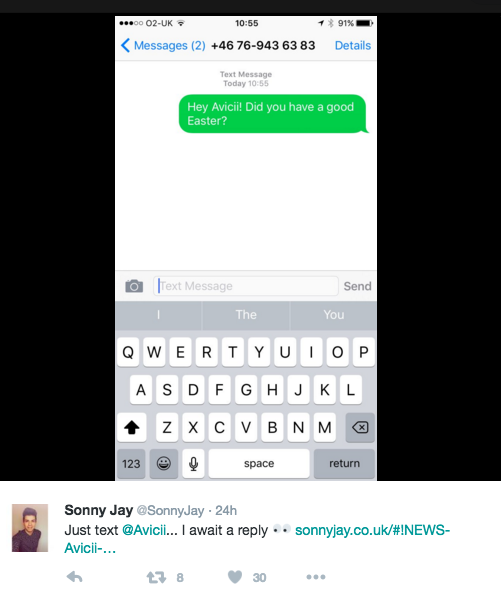 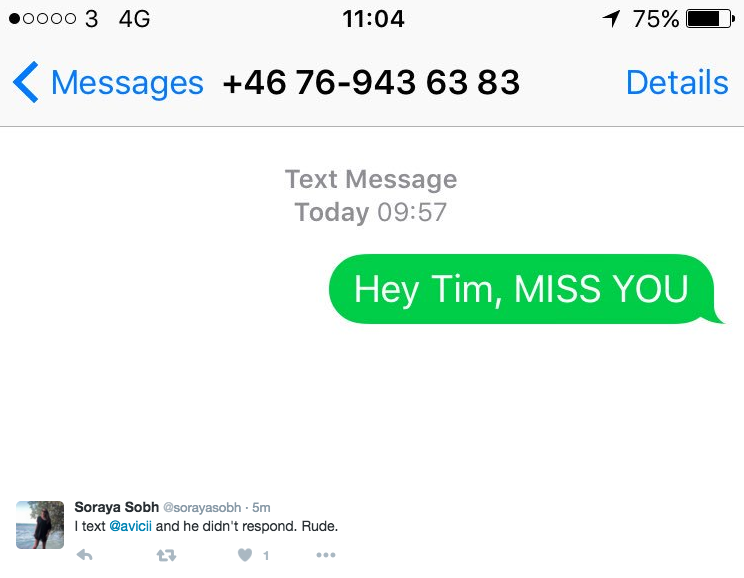 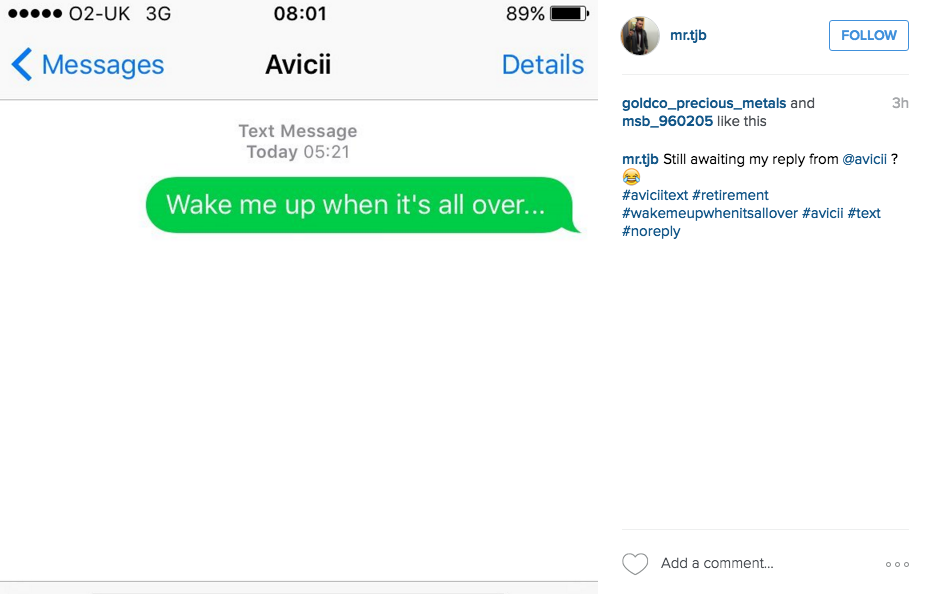 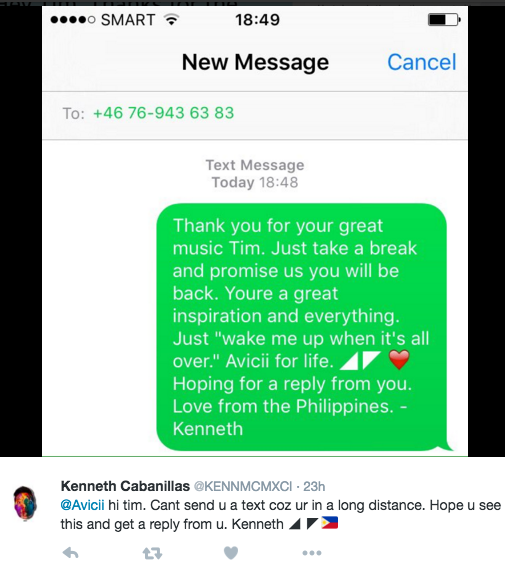 Some claimed they got replies 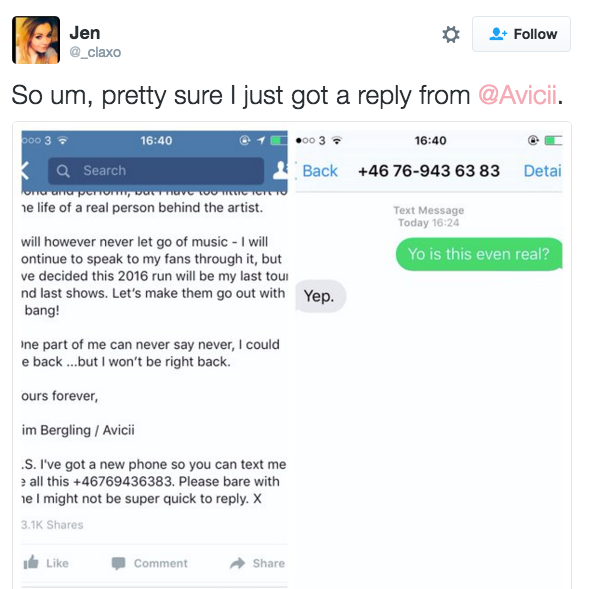 And others just wanted to send some abuse 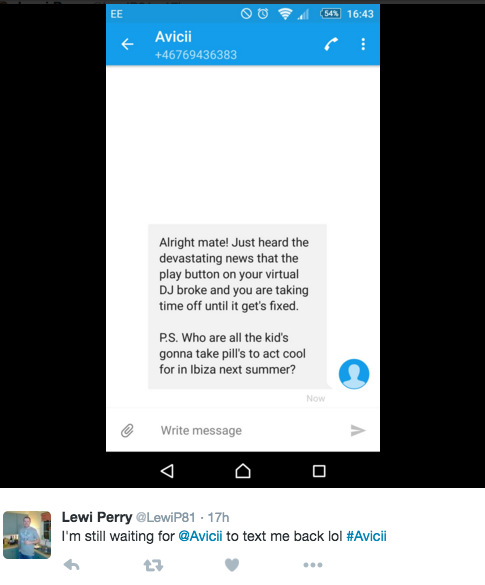 We also sent Avicii a supportive text, but he didn’t reply. 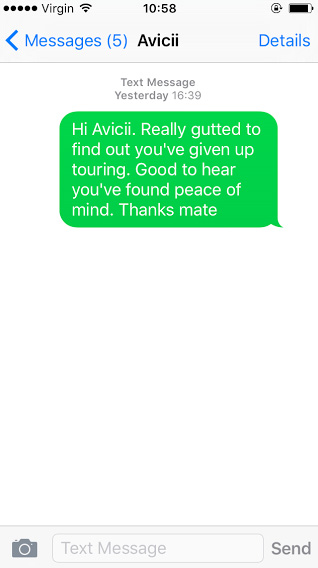 Thanks for the bangers.