There’s a G&T included in the price

This is played out in many ways across the city. For example, we know that many people in areas including Brixton, Peckham and Dalston are being priced out of their homes. It’s part of the gentrification narrative, and it is – rightly – a priority to understand why and exactly how this is happening. There are many brains on the issue.

Including those at The Idler, “a company devoted to helping people to lead more fulfilled lives. We publish a quarterly magazine and a series of guide books, produce quirky online courses, run live events and sell books and gifts.” It is planning an event named – dramatically – “Why London is Dying”.

“Crazy house and rental prices mean that the artists and young people can no longer afford to live here,” reads the billing for the official event.  “As a result, we’re seeing a talent drain to Berlin, Lisbon or to more affordable parts of the UK. What can be done? Has London lost its edge?”

So far, so worthy. Except tickets to this event cost £20, it will take place at a “co-working space” called Second Home, and The Idler has slightly missed the irony of including a complimentary Hendricks gin and tonic in the ticket price for a talk that is essentially about gentrification.

The event will include a talk from psycho-geographic novelist Iain Sinclair and a speech from Tom Hodgkinson, founder of The Idler.

Many were incredulous. One commenter, Simon McCarthy, worked out that the event would cost “22p a minute”.

“I was about to comment on the irony of setting a £20 entry barrier to a discussion about how over-priced things are killing the soul of London. Then I read everyone else’s comments,” said Basheera Khan. “It’s a shame that this event, which seems like it’s intended as an authentic and serious talk on social regeneration, hasn’t taken into consideration the context of the neighbourhood it’s set in.” 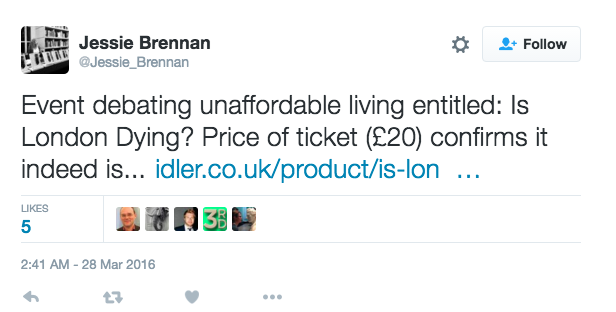 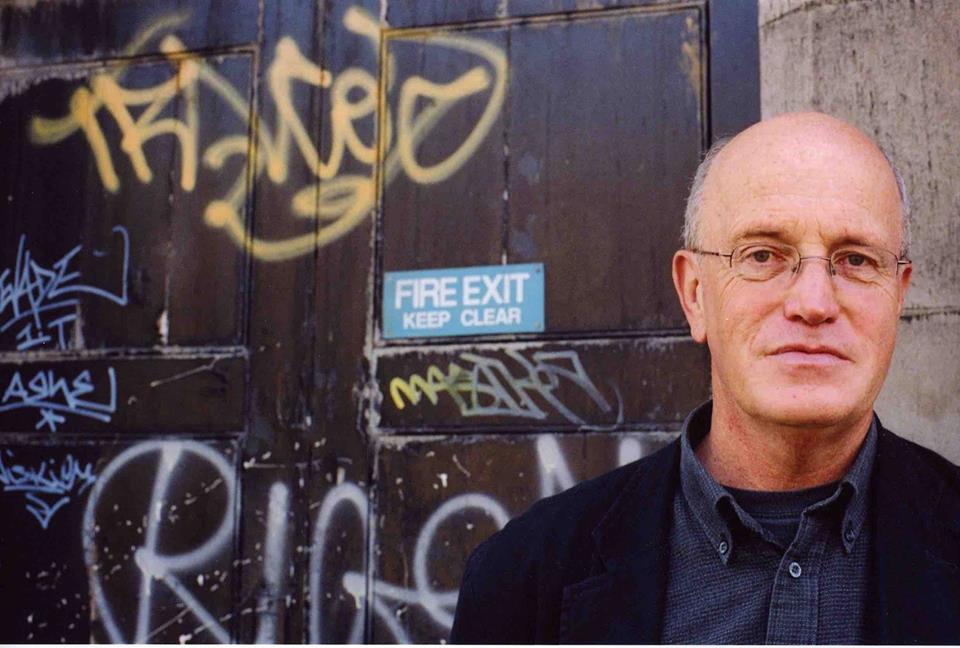 Iain Sinclair – one of the speakers at the event

We asked The Idler what they were thinking. Tom Hodgkinson told The Tab that  £10 concession tickets are available for students and artists. It has also announced that a podcast will be made available after the event.

“We’re a small company,” Hodgkinson explains. “We always try to put on a reasonable price so we can pay staff, artists, writers and speakers.

“When you get a cheap or a free event it’s been funded by another party. What were trying to do is a mode where we’re free of that.

“Because of the nature of the event people have found it funny that we’re charging. If they think it through, we’re sharing this back through that ticket price.”