Even when they have the same education and level of experience

Women are still earning 5.5 per cent less than men.

According to figures released today by Glassdoor, a research company covering the labour market, women of the same age, and with the same education, experience and job title, earn 94.5p for every pound a man earns.

How did Glassdoor arrive at the 5.5 per cent figure? Many pay gap comparisons do not account for differences that impact pay – differences like industry, experience and where employees live. This 5.5 per cent figure represents what Glassdoor calls the “adjusted pay gap”, which does account for variables in order to make a like-for-like comparison between men and women’s pay.

The research was based on the salaries of almost 22,500 salaries full-time UK employees.

The country’s overall pay gap – the “unadjusted” figure – is 23 per cent. Glassdoor suggests that this is down to a prevalence of men in higher-paying industries like finance. It also suggests that degrees are relevant: there are fewer women in engineering, which is more likely to lead to a well-paid job.

The study also highlighted how gender norms such as childcare forced women into flexible jobs with lower pay.

It does not explain why men and women with the same jobs are paid different amounts. 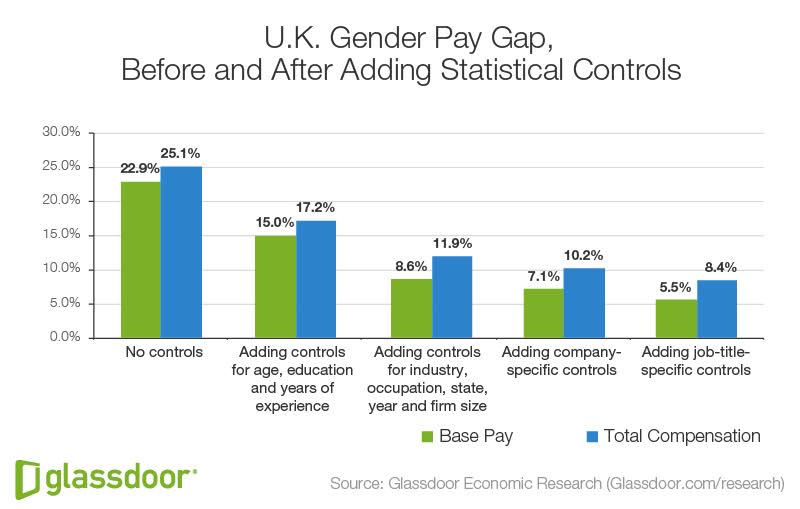 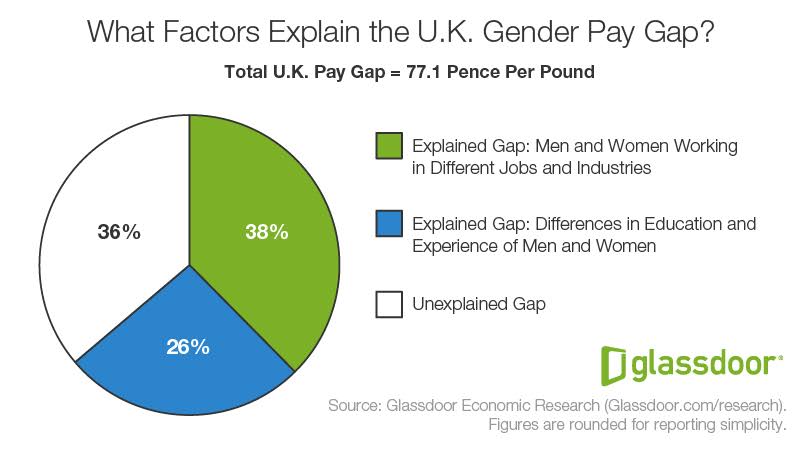 The UK’s gender pay gap is bigger than that in Germany, France and Australia. It is one per cent lower than the equivalent US figure.

“Women and men tend pursue different career paths early in life and then sort into different industries and occupations,”“says Dr Andrew Chamberlain, chief economist of Glassdoor. “This is the single largest factor we see contributing to today’s gender pay gap.”

The report adds: “Greater transparency around pay can also help eliminate pay gaps by making it easy to identify disparities and spark conversations with employers to ensure people are paid equally for equal work.”