Waitrose is a genteel retailer. The only store which has Vermicelli nests and Cappuccino mousse in their ‘Essential’ range. And Chelsea is the famous Sloane stomping ground. Put them together and it’s a recipe for absolutely nothing interesting.

Until a furious Frenchman started hurling Camembert. The man had been accused of shoplifting by the manager, and kicked off, using cheese as a weapon.

What can anger a man to the point at which he starts throwing cheese? Yes, he’s French. Yes, French people aren’t known for liking the English. It’s only natural to choose the very finest produce from your homeland as a makeshift projectile.

And why on earth did he pick Camembert of all cheeses? Waitrose prides itself on having an excellent range: a dedicated counter, its own Maître Fromager. And to be honest, a simple, firm cheddar would work as a better projectile. Even if it doesn’t taste as nice when baked and served with cranberry sauce.

Throwing Camembert is just one step up from using a soft Saint Agur as a foul-smelling smoke grenade. 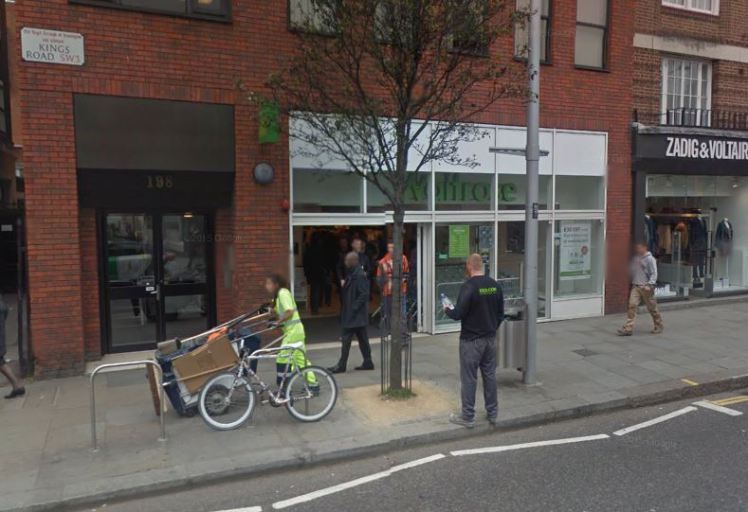 Bernard Conche, 67, reportedly picked up three packs of the £2 cheese and threw them at the store’s manager, and allegedly rammed a shopping trolley into her ankle. It’s the most dramatic thing to happen in Chelsea since Spencer Matthews got slapped for cheating, probably. Or that time he got a drink thrown over him  for getting too close to Sam Thompson’s girlfriend.

It gets worse. Hammersmith Magistrates’ Court also heard that Conche kicked a security guard in the stomach. Police were called and an officer was then kicked in the chest as he tried to put the Frenchman into the back of a van.