“I had to audition in a bikini and run across the room for 15 minutes so the production team could see how my body moved, which was quite a low point,” admits Miss L.

Miss L is a north London-based actor. She runs the Casting Call Woe Tumblr and Twitter accounts, in which she calls out the most sexist ads in her industry.

“There was one recently that literally wanted a woman to play a pair of floating boobs,” she says. “Some are just ridiculous, like ‘must be willing to have a condom filled with condensed milk thrown at her face’.”

Acting aims at being progressive and liberal, but in terms of gender equality it is sadly lacking. There are very few female directors; there are very few parts for older women. And – as you can see from Miss L’s blog – the casting calls are sometimes astonishing.

She prefers to remains anonymous to protect her identity and ensure she carries on getting work as an actress. But everything Miss L posts comes from genuine casting websites. Sometimes, they’re quite sinister: “You must be enough of a visual aesthetic to be believably the prey of a stalker.” The grammar’s pretty terrible, too. 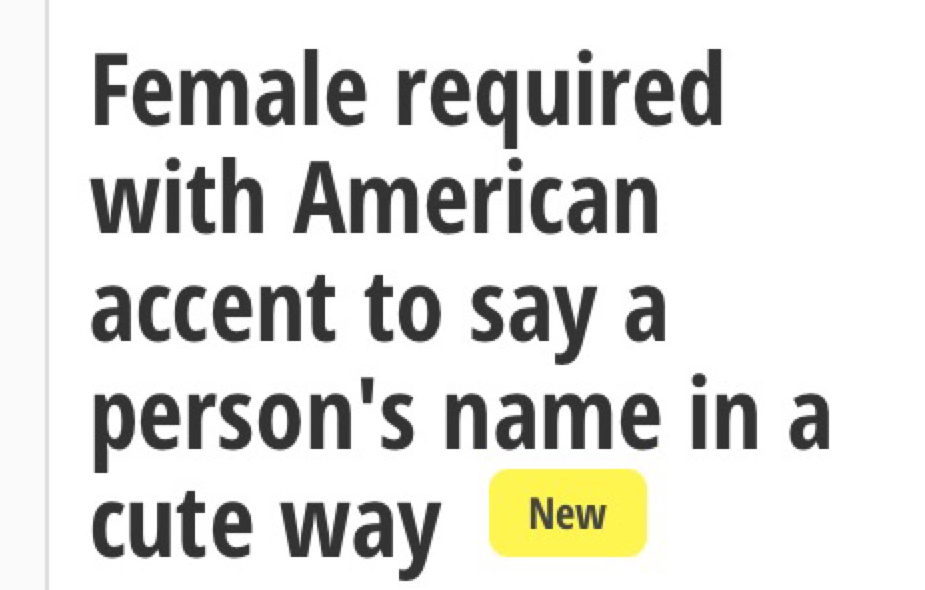 “I started collecting these ridiculous adverts as I was seeing so many,” she says. “I wanted the rest of the world to see what actors were putting up with.” 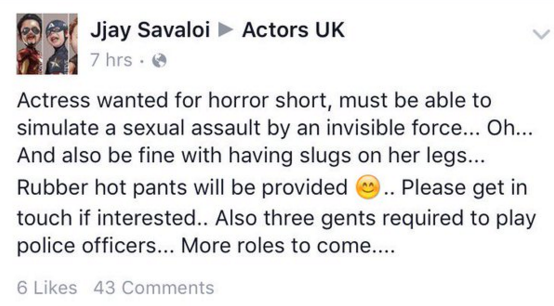 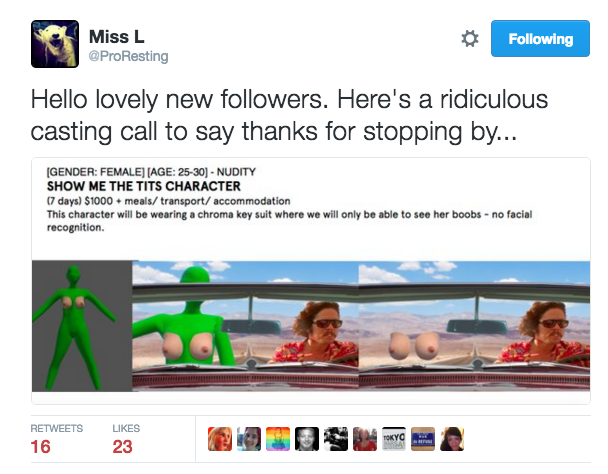 Sometimes they’re just bizarre. “The funniest one has to be when the director asked everyone to bring a spoon to the audition,” Miss L says. “If you couldn’t then it said to contact them beforehand so alternative arrangements could be made. I’d love to have known what the spoon was for.”

Miss L has been around a while, and acknowledges that when a young actor is starting out, they never want to be seen as “difficult” and will agree to anything. It’s the same with most creative industries. “If something doesn’t seem right or you feel uncomfortable about something, there’s probably a reason for that. There’s seriously nothing wrong in turning something down if you’re not sure about it.”