We should have left the crying/laughing emoji in 2015

It’s ruining the internet for everyone

Man buns. Donald Trump. Netflix & Chill. There are a lot of things the human race should have left in 2015 – but few are as mindless and irritating as the crying/laughing emoji.

“Face with Tears of Joy” was the most tweeted emoji of 2015; it was one of the 10 most popular in the “Emojipedia”. Over the last year it’s become the smug yellow visage of bad comedy, used to caption YouTube “prank” videos and photos of pissed blokes stuck in bins which five years ago would have been tagged “haha #banter”. It’s inescapable, and it’s really, really annoying. 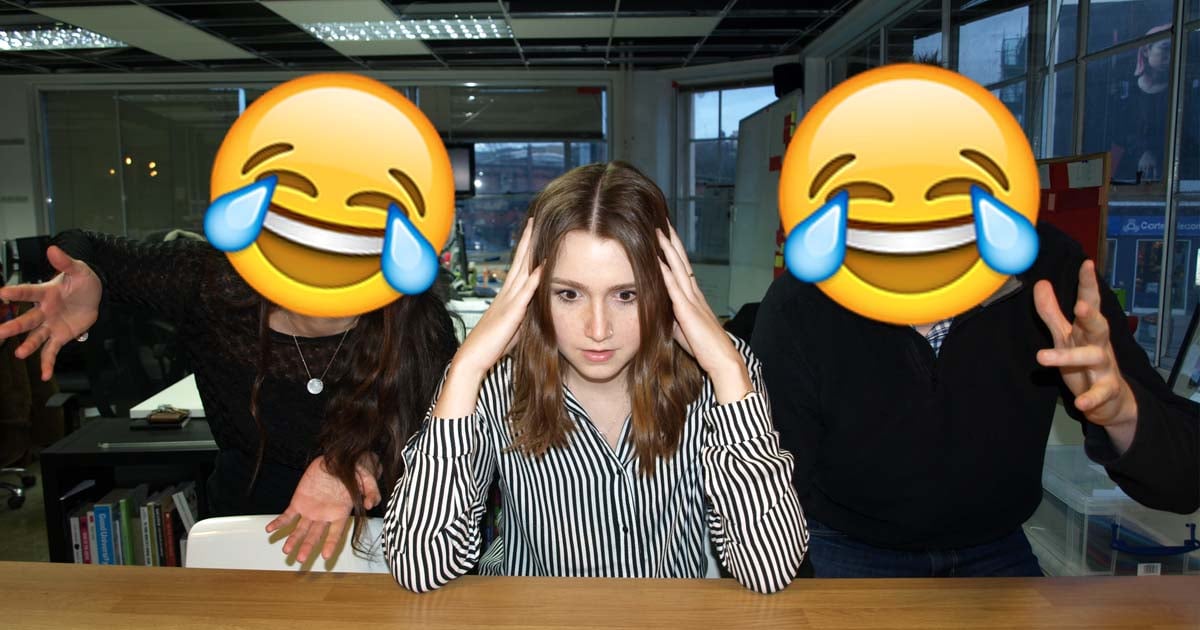 Even more annoying, however, is how Face-with-Tears-of-Joy’s rise seems unstoppable. Its pinnacle came when it was given the title of the “Oxford Dictionaries Word of the Year 2015”.  The justification presented was that it was “the ‘word’ that best reflected the ethos, mood, and preoccupations of 2015”. Self-respecting linguists everywhere shed a tear – joy not included. Since then it has continued its ascent.

It’s not like it doesn’t reflect some of the “ethos” of 2015 – it’s just that it’s not an ethos anyone likes. Think cheeky chappies in Huaraches, the LADbible, or Jonno putting extra hot sauce on Tom’s Nando’s when he’s not looking. The prevailing emotion of the tears-of-joy emoji isn’t joy, or even amusement – it’s the irritating superiority of someone who just gets the joke and needs to yell in the whole world’s face about how funny it is.

Emojis have always been a bit of a laugh, but this one has come to represent something increasingly sinister. That painful, tear-soaked grin leers at us every time we read a mildly funny joke now. It punctuates every somewhat amusing video, and it muscles its way awkwardly into every  comment thread. It’s become the easy option, and it’s killing our ability to choose what’s funny one obnoxious lemony sphere at a time.

The problem is, the crying/laughing emoji was once reserved for the funniest things – the moments where a simple chuckle wasn’t enough. Now we use it in when we feel like we should probably chime in in the squad chat, or when our old uni mate tags us in a picture which we can’t think of a response to. It’s as if by tapping out a string of tear-stained yellow balls, you’re literally screaming “I HAVE NOTHING INTERESTING TO SAY”.

When people use it now, they’re not laughing. They’re certainly not crying. They’re using it because it’s an automated response, like the half-hearted acronyms for laughter you’d use on MSN when in the dim light of your bedroom you were barely even smiling.

If you want to use an emoji, use the moon face. Use the nail-painting hand or the pigeon or the rocket ship. Use literally anything else. The crying/laughing emoji has become the “lol” of the smartphone generation – and for that reason, it must be stopped.