My week in stilettos

One evening I was grabbed in an alleyway

I’ve always admired girls who wear heels all day. They look powerful, and they must be the kind of people who can endure extreme pain. It bodes well for their shot at childbirth, if they fancy one.

On the other hand, I rarely wear them unless I’m going out and have dosed up against the pain by drinking, loads.

But I wanted to know how the other half of the braver sex lived, so I decided that – for one working week – I would wear heels all day: from when I got dressed in the morning until I put my pyjamas back on. I wanted to see if it would have a measurable effect on my sanity. Also the balls of my feet.

I set out of the door and embarked on my 15-minute walk to the station with my housemate. It started reasonably well, and I picked up more speed than I’d expect on any Monday morning, let alone one I was starting in heels. But around halfway I experienced my first wobble; my face set in a grimace as I tried to steady myself. I pushed through the hiccup. 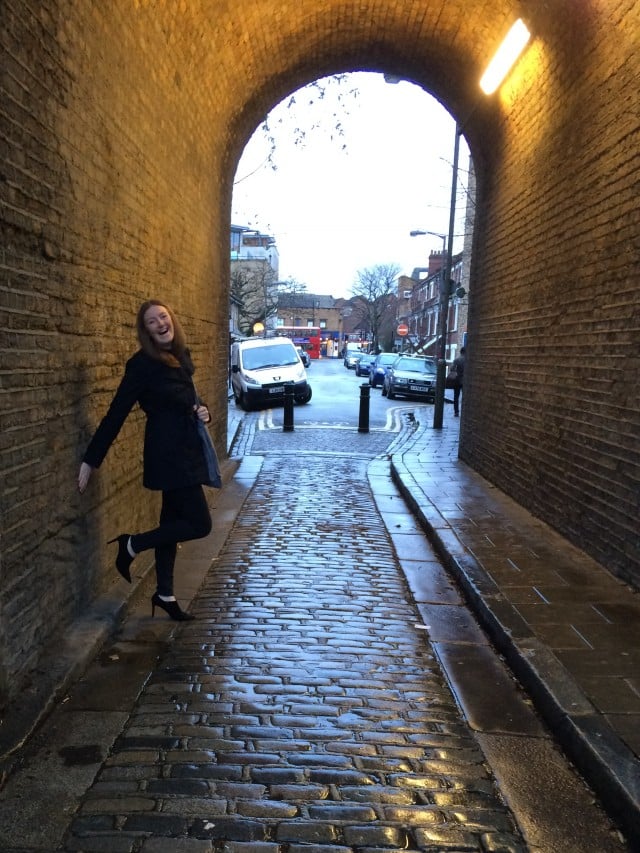 Initial observation: I had never thought about my pale, pale ankles. Suddenly, I was thinking about: they looked ghostly and ghastly and ridiculous.

I hoped that wearing heels would make me feel powerful and ambitious; instead I found I was making lazy choices. I got the bus instead of doing the 12-minute walk to the station after work. I was less inclined to get up and make a tea or coffee. During a brief meeting I discovered all the chairs were taken, so I sat on a pouf instead of standing.

As I clip-clopped through Bank station during rush hour, I was overtaken again and again. If you take the Waterloo and City line you’ll know the deceptively steep hill I’m talking about, and that it culminates in that awkward travelator. Tired and not concentrating, I missed my stop on the train and ended up in Putney. Fucking Putney. It took me over an hour and 45 minutes to get home. 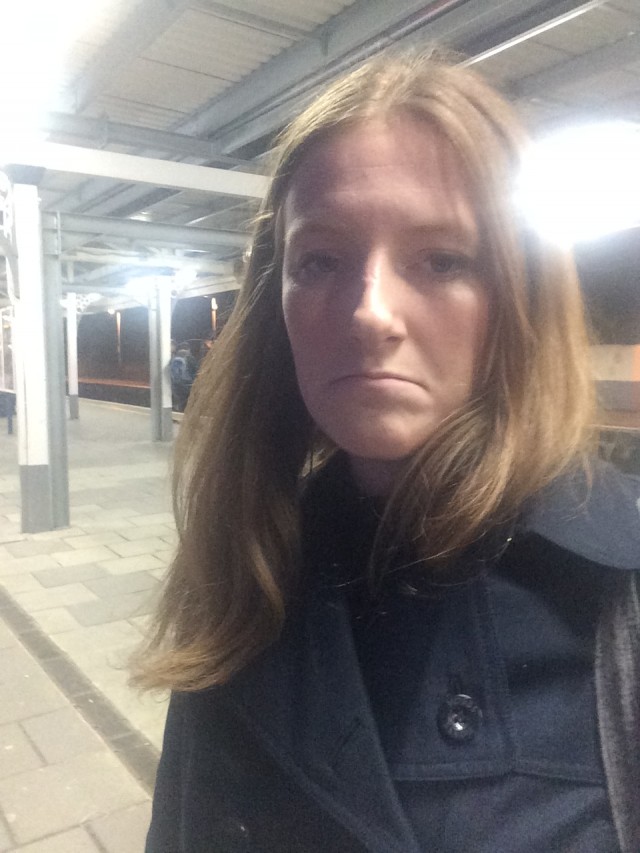 I upped the stakes and wore a sassy pair of pink suede six-inch stilettos. In fact, these were only marginally higher than those I’d worn the previous day – but twice as hard to walk in. I fake tanned my feet the previous evening because I cared that much. Shut up. 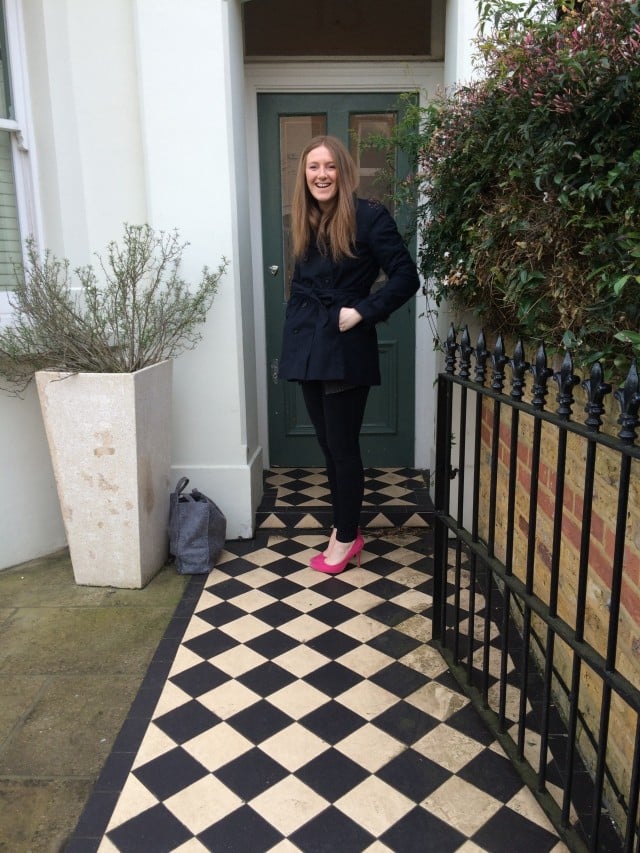 I had to stand on the Overground, which really upset me. I have seen people forsake seats for girls in heels before, but no one gave me a look in. Finally, one became free after 25 minutes of toe-burning misery. 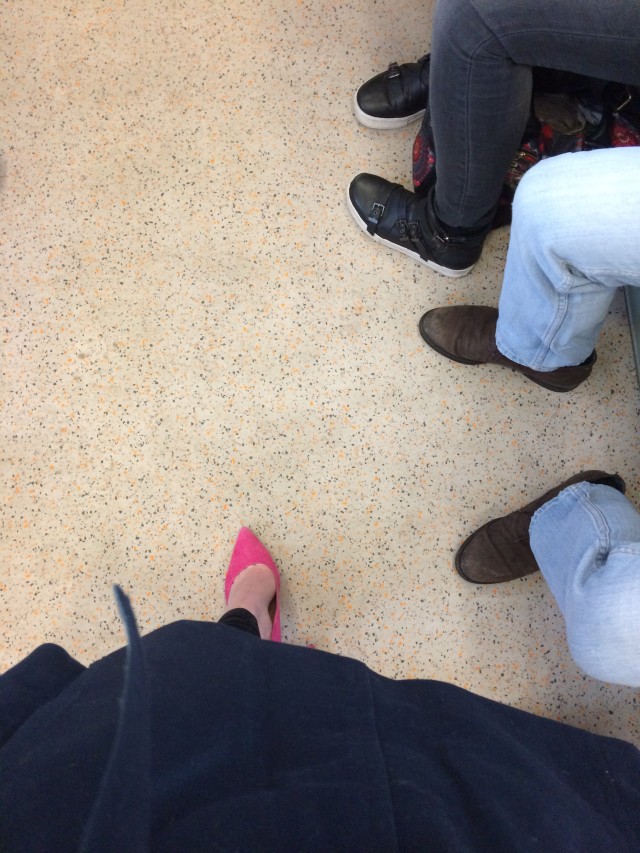 No one took pity on me

I felt like people were staring at me. At lunch time I went to Tesco and a builder shouted “g’wan girl” from his van, blowing me a kiss. I am rarely cat-called – I decided it was the pink shoes. 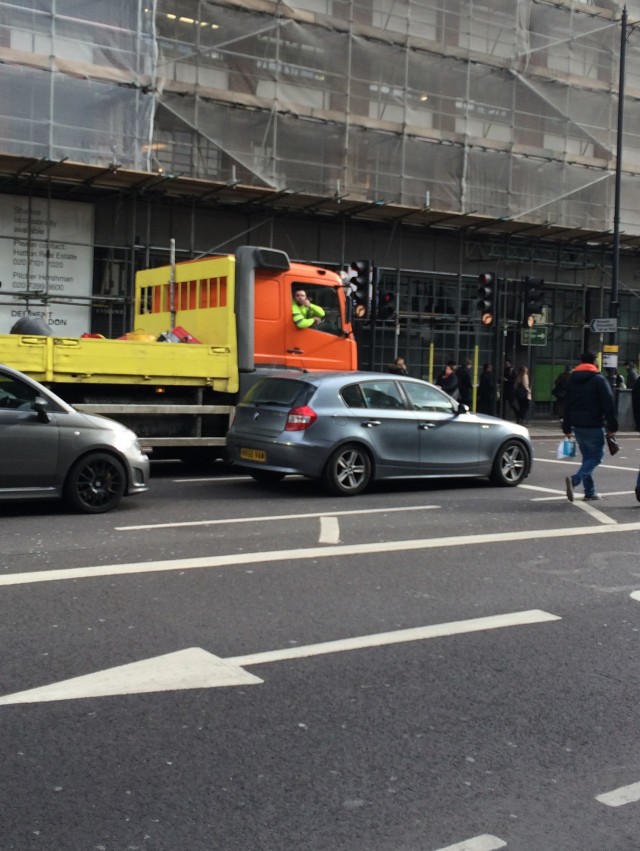 Blowing me a kiss

After lunch, I had a wobbly moment. Literally – so I took my shoes off. It was only day two, but my feet had been crooked out of shape for over eight hours and, quite frankly, I’d had enough. 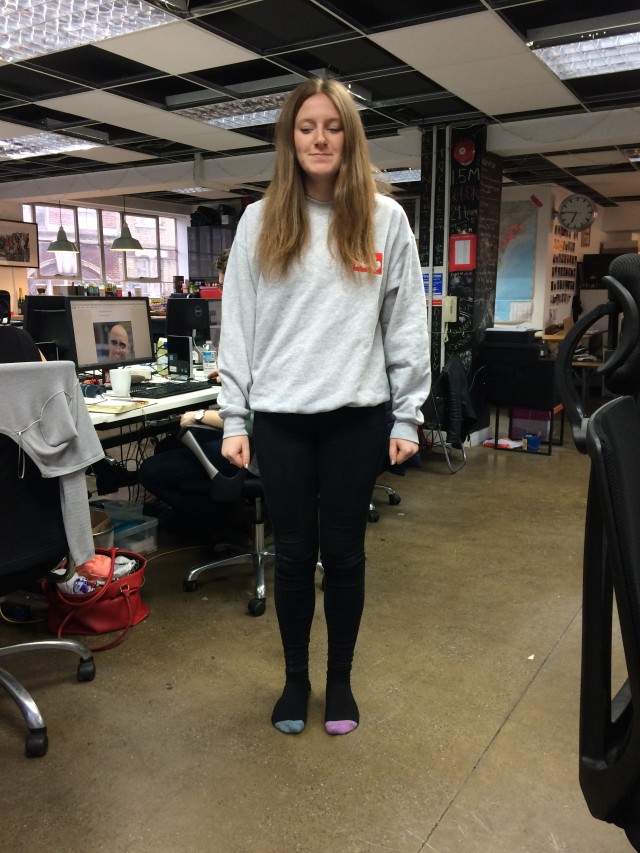 At the end of the day I put my stilettos back on and left the office to meet an old friend from uni. As I was walking to the restaurant on Brick Lane, a guy appeared from round the corner. It was just the two of us on the road and as I tottered past him he said, “ah baby, you look beautiful”. He approached me side-on and grabbed my arm.

Curiously, I didn’t respond in the way I’d expect. Instead of a glare and a firm “no”, I shook my head, lowered my gaze and said: “no, thank you, please don’t”. I shrugged him off and picked up my pace.

I probably felt more intimidated than I ought to have done, because I couldn’t have run away. It also annoyed me because I know for a fact I’ve looked better – he just spotted that I was wearing minxy heels and took them as a free pass to approach me. 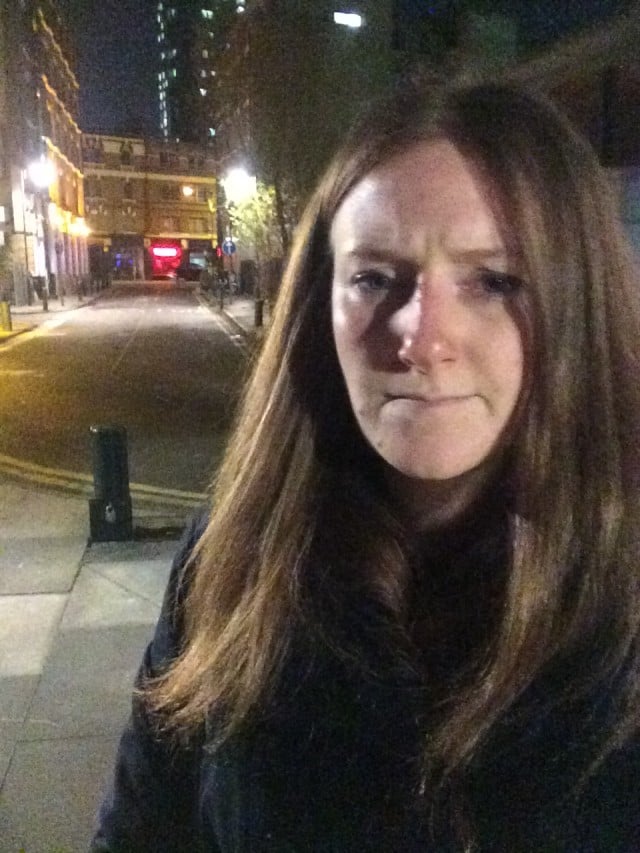 I got to the restaurant and my mate said he couldn’t work out what was different – but that I looked better than normal (thanks, Benny). I felt silly wobbling around – indeed, I couldn’t have felt less sexy – but he said that girls automatically look hotter in heels. He said he even noticed people looking me up and down on the way to the station. 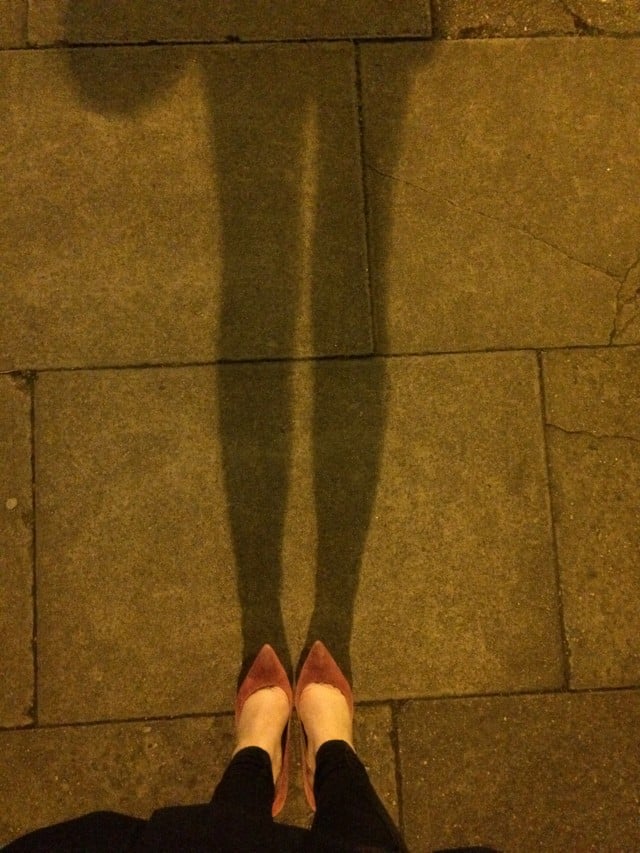 I slept through my alarm, which is not ideal when your walking speed is halved by your shoes. As I did that stupid heel-run for the train, a girl on crutches overtook me. 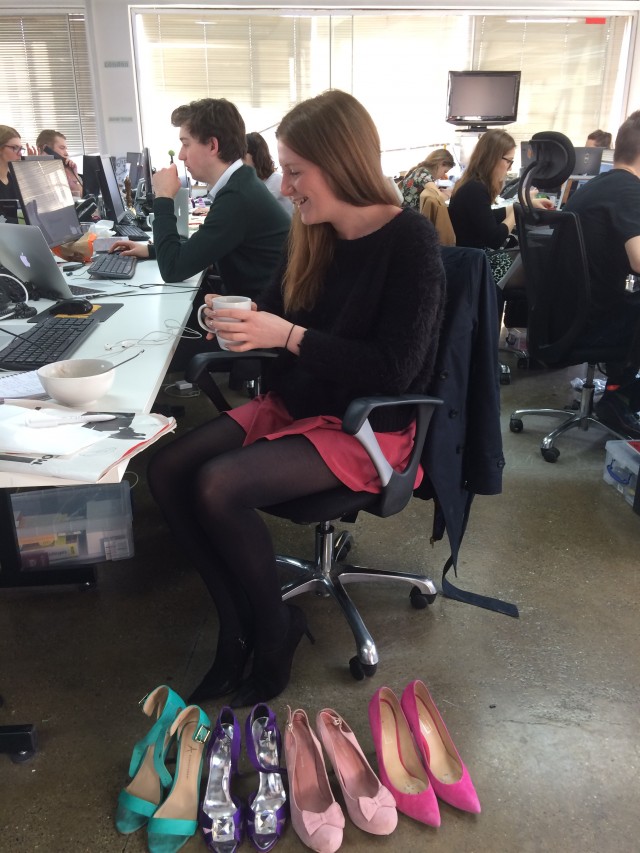 My friend brought in heels for me

One thing I did notice – despite the fact I was making lazier choices – was that I felt like I was getting a bit of a workout. My bum looked and felt perkier, and my calves would ache at the end of the day as if I’d gone for a run the previous day. It was some consolation.

By this point, I was almost getting into it. The night before I fake-tanned my feet (again) and painted my toenails, so I was prepped and ready for a day of heel wearing. I felt prim, proper, and rather girly. 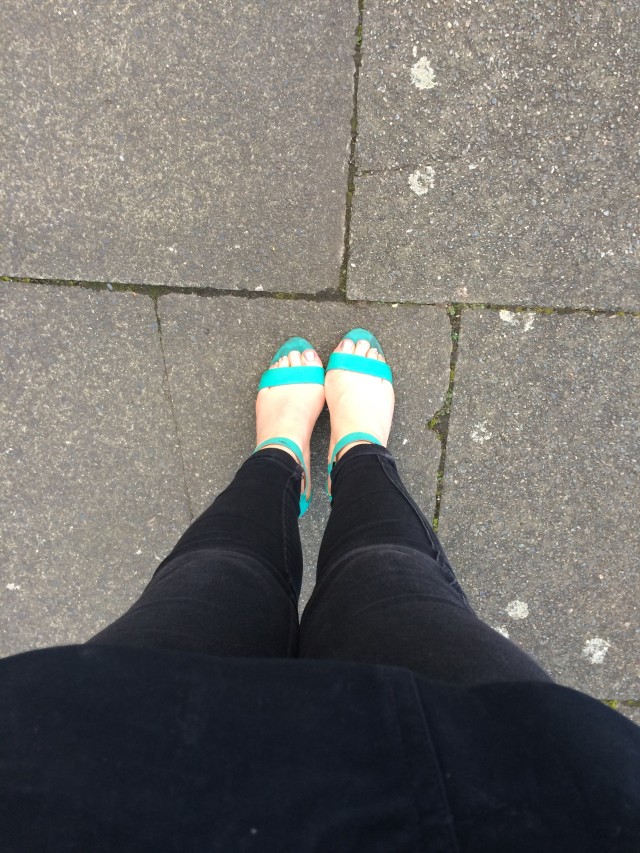 That night I had planned a night out – “Thirsty Thursday” – with some mates. One of the boys suggested we do the London Beer Week bar crawl; in the pre-heel era, I’d been well up for it. In the event, I kept having to do that stupid heel-run (again) to keep up with the group.

I got mixed reactions. My best friend was bemused (and laughed when she first spotted me); though another friend complimented me. Some people liked the shoes, others couldn’t pinpoint it but said I looked “great” (so, the shoes then). I still stressed I was doing it for an article – it didn’t feel natural. 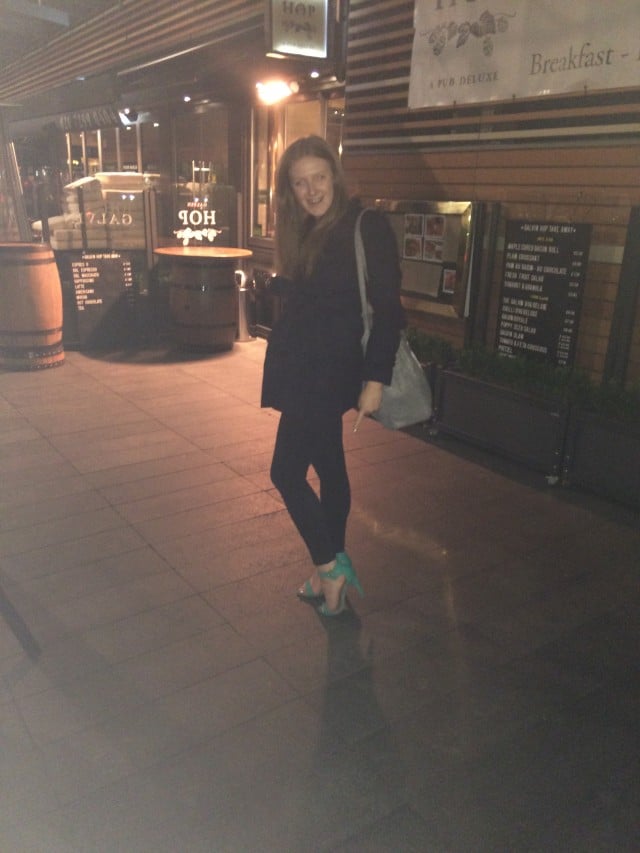 The night ended, and I was waiting for an Uber with my friend, Nina. I spotted a douchebag I knew from uni approaching. We spoke briefly: he was carrying a bin liner and I was trussed up in heels. I’d be lying if I said I didn’t feel a little smug. 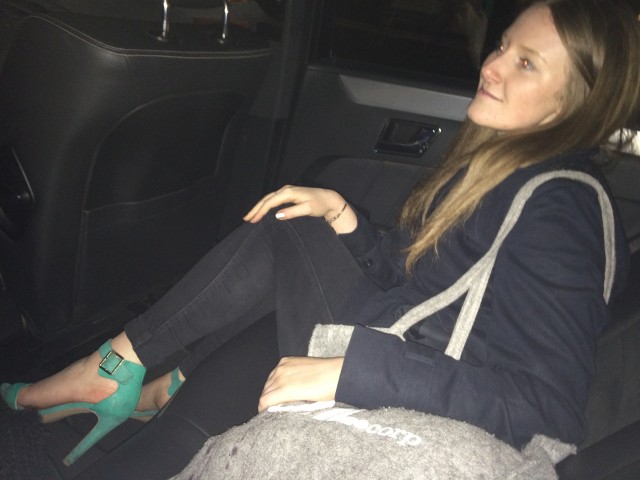 I was hungover. It was 7am. Obviously, I did not want to voluntarily stuff my trotters into exquisite torture contraptions. As it was Fri-yay, I went for a purple slingback pair with a big clear gem on the front. 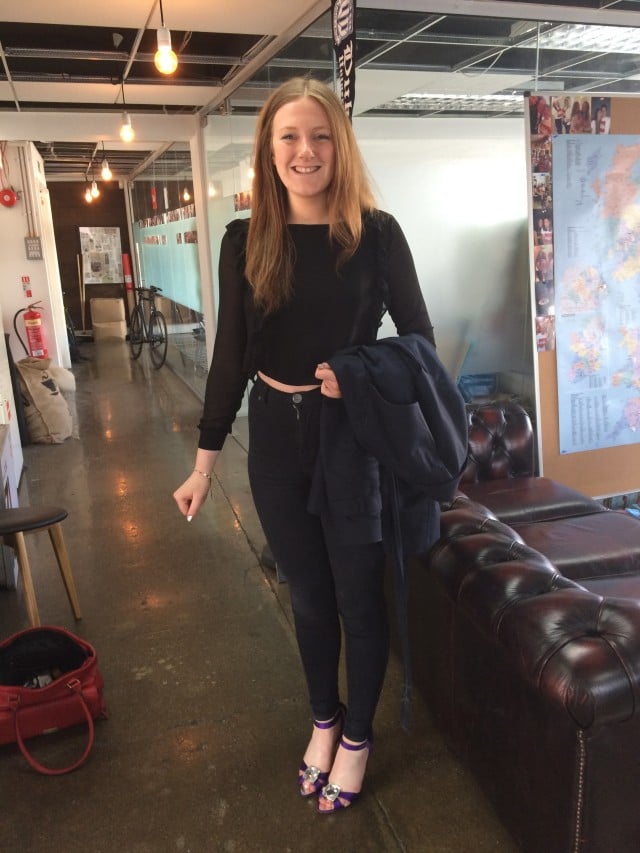 I worked a little into my lunch break and by the time I left to grab lunch, everyone had already gone. I had to walk to Tesco alone, and felt stupid for the hundredth time that week. 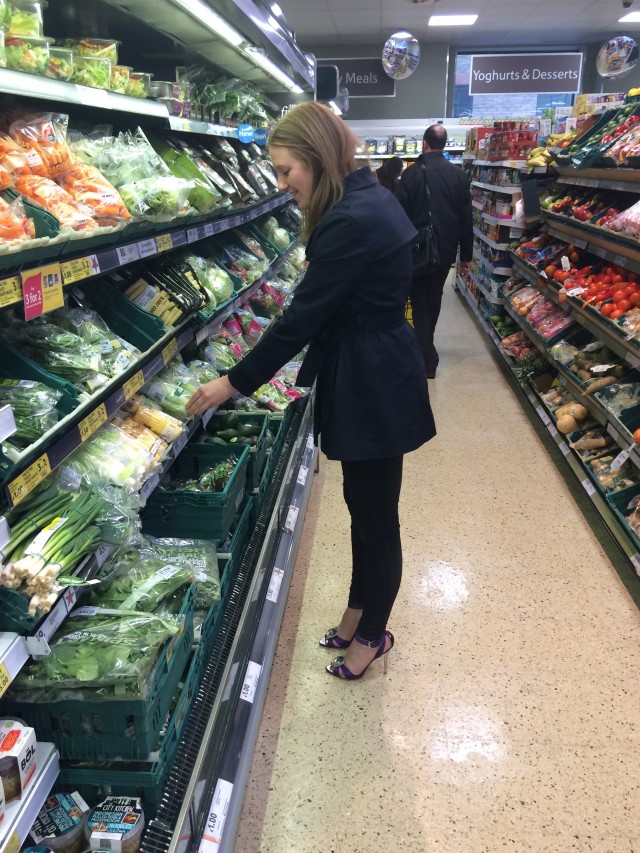 That night I was going to see my sister’s wedding band, and really wanted to enjoy my night. So sue me. I did away with the purple stilettos and donned my heel boots instead. 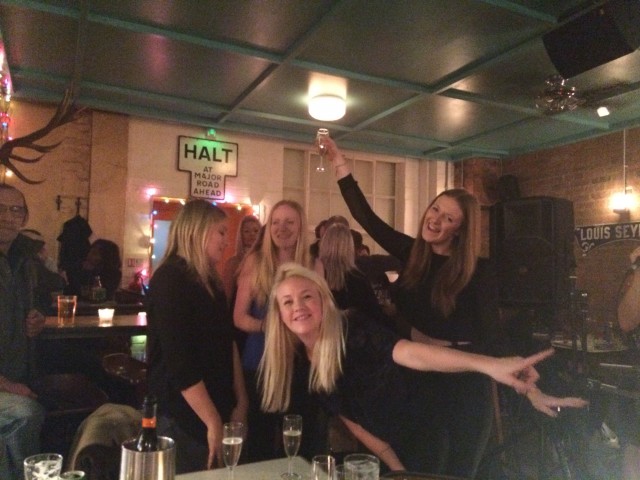 I almost made it. But there are more important things in life than (hardly-noticeably) skinnier legs and a perkier bum.

And yes, I do admire girls who wear them all the time – but it didn’t empower me in the way I’d hoped or expected. I noted an increase in the amount of unsolicited attention I got, and that didn’t make me feel more attractive: it just showed that men really are as frustratingly straightforward as cliche suggests. All it took was a pair of heels for more of them to find me “sexy” and feel that it’s okay to shout at, or touch me.

I’d possibly wear a pair of heels with jeans for drinks now – which I wouldn’t have done before – but daytime heels definitely aren’t for me. I prefer to move at speed, for a start.