How to hang out with your boyfriend’s friends

Meeting your boyfriend’s friends for the first time is probably one of the most perilous social situations left in polite society. Scarier than meeting the parents, worse than that bit where you go in for a handshake with new people but they’re doing a kiss cheek and you wish you were dead, you pretty much have to nail it off the bat or you’re always going to be someone they “came round” to, someone they kind of hated at first.

If they dislike you, it’s nothing short of fatal. You’re branded as mental and a nightmare and if there’s any indication you’re annoying or the reason he’s less fun than he was before, they will do as much work as possible behind the scenes to turf you out. If that sounds horrifying, it’s because it is. It’s not scaremongering, it’s a real and present danger.

As far as modern etiquette guides go, this is as close as you’re going to get to avoiding the horror and getting it right, but let’s be honest, we’re as clueless as you.

What jokes do you tell?

Obviously you are hilarious, and want to present this skill to the room, but how do you get it right? Firstly, probably save the weird references for later. You want to be seen as engaged with the conversation but not as funny as them, which is hard because they’re probably not as funny as you. A boy once told me “girls should be 60% as classic as me”. I mean yeah, he was obviously a bit of a twat, but he exists in every friendship group. It’s inevitable that at some point in your night they’ll splinter into inside jokes and talking about group activities you have no part in. Smile and nod, give a chuckle, do not laugh along. Don’t interrupt with your own stories on the same topics, it’s tempting but they won’t get it and there’s no one to back you up on how hilarious it was. You’re out on your own in the cold, laughing hollowly at your own anecdotes.

Are they trying to suss you out?

You need to bring your A game the first time you meet. You are most definitely, 100 per cent being judged. A deathly hush has fallen on the room as soon as you entered. Are you fun enough? Are you punching? Are you tolerable? It’s very important you ace all these questions, because otherwise welcome to a very lonely relationship. Men are weak and they will listen to their friends, so the key to a successful relationship is winning the heart of his mates. Pretend you can’t notice eyes burning into the back of your head as you hold sparkling conversation with his mate from uni. Don’t cling onto bae all evening, leave him standing on his own while you go and hold court.

What do you wear when you’re going out?

This is a tricky one, very dependent on the type of girl you are and, of course, the occasion. Heeled boots and tight black jeans are always a winner, and you’re never left over- or under-dressed. You also want to strike the balance between them thinking you’re cool, as well as good looking enough for their best friend. Think of yourself teetering on hopefully sensible but cool shoes on a very thin tightrope between fanciable and unattainable but chill af. Tricky, very tricky.

What do you wear when you’re going around to chill?

Did you spend 15 minutes choosing this outfit? No. Put on just enough makeup that it looks like you haven’t done it since you woke up but still look flawless? Nope. There’s a serious disjoint between the amount of makeup on your face and the bagginess of your clothes. But hey, you’re cool and you’re chilled and you have flawless skin and sleek hair. Cold sweat is seeping out from under your foundation. Forget about that.

What do you drink?

G and T. Always G and T. You’re cosmopolitan, you’re fresh, you’re on trend. You like to watch your figure, sure. Add elderflower on special occasions. Turning up with a bottle of Gin (Hendrick’s or above) and fresh lime sets you out as a crowd pleaser – you care about the atmosphere, you care about the night of others, you just want everyone to have fun. It’s not as try hard as Prosecco, yet it’s less obvious than wine. It’s also not quite vodka lime soda (too much).

Pints are out of the question: you’ve thought to yourself: “blokes like pints”, and put yourself through hours indigestion for a drink you never really liked without a lemonade top. If you’re going to do it, bottles are better: Corona? With the boys, anyone? That’ll do nicely. Stick a slice of fresh lime in it too.

What if they’re boring

Sometimes boys are friends with other boys because they have season tickets to Chelsea or because they’re generous at the bar, and it doesn’t matter that they ZERO charisma. It happens, and it’s one of life’s mysteries. Nod along to their dull stories and be polite, but don’t feel the need to put yourself through a 20 minute long tale of their trip to Tesco for the sake of your boyfriend.

The dilemma of the Fit Girl Mates

It’s difficult. You obviously want to align yourself with them, but at the same time they’re the intimidating ones. You’ve forgotten all your Beyonce sing-a-longs with the gals and that t-shirt you really love because it says feminist on it. You’re looking at them thinking “have they shagged before? If not they’ve definitely fancied each other, surely”. But you have to smile and be friendly because not getting on with the girls is a cardinal sin. You’re both playing a dangerous superiority game — have you got the edge because you’re the girlfriend, or is it them because they know him better? Let’s be honest it’s probably them. Accept you’re turning on your own people, drink your lager top, pretend that they’re lovely and you don’t hate them on sight.

What if they’re a dick

If they’re a 1-6/10 dick, then grit your teeth, smile sweetly and  ignore their cocky demeanour for your boyfriend’s sake. They’ve known them for longer than you have, and having a problem with them will only make things more difficult in your relationship. It’s worth mentioning here that every group has a piñata – someone they constantly par off. If they do this in front of you, you’re in a social minefield. You can’t laugh along, because the joke is not for you. You also can’t stick up for him, because it upsets the delicate dynamic of the friendship group. Stay out of it.

And if bae is the piñata – leave and never look back.

What if he’s mates with his ex

Obviously, you’ve got to act like you’re completely fine with it. Take a deep breath, you’re cool with this. You think it’s great that they ended so well that you can still be so fucking close to her Charlie you know what it doesn’t even matter.

Get your phone out. I’m really sorry but there is absolutely nothing you can do here.

Can you hang out with them without him there? 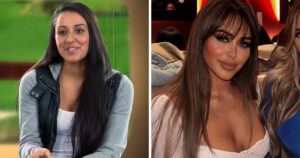 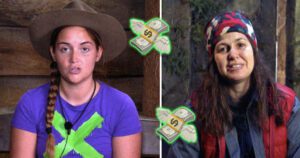 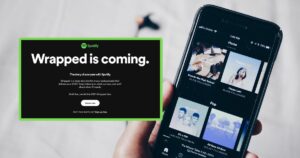 Right, when is Spotify Wrapped 2022 coming and when does it stop tracking your music? 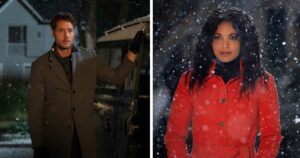 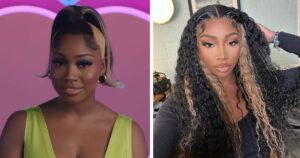 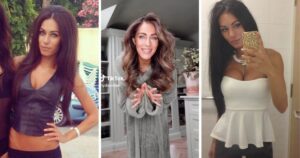 Inside the life of Lydia Millen before money, fame and staying at The Savoy 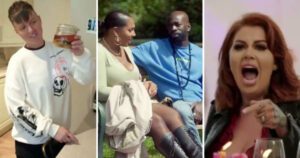 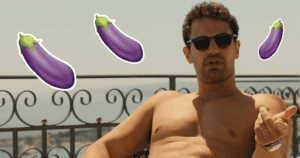 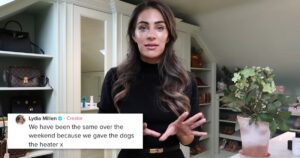 Lydia Millen is now responding to everyone in the comments, and I can’t even bear to look 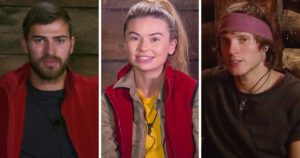 Campmates under 24: These are the youngest celebrities to ever go on I’m A Celeb