When I was up North once, someone called me a “soft southern bastard”. Then he punched me.

“I’m not soft” I told myself, refusing to believe I was less “hard” than this guy. If I was, I decided my testosterone levels must be the issue. 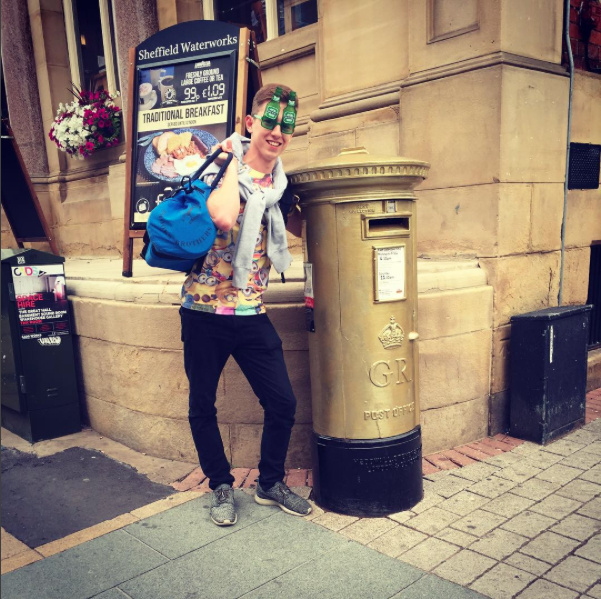 Me not being a soft southern bastard

So could I become more of a man by, as Dr Carruthers suggests, getting more testosterone in my diet? Unsure, I decided to investigate by trying out some foods which claim they’ll “fuel my masculinity”, supplemented by activities in the manly highlands of Scotland.

After a hearty Porridge and a nibble on some red grapes (to boost sperm production) we were keen to embark on a fun-filled day of manliness.

We got in to our 1.4 Vauxhall Corsa and gunned through the mountains until we arrived in the middle of the gentleman heartland – the Speyside Whiskey Trail. We booked onto a whiskey tour at the Glenfiddich distillery and worked our way through the different areas. 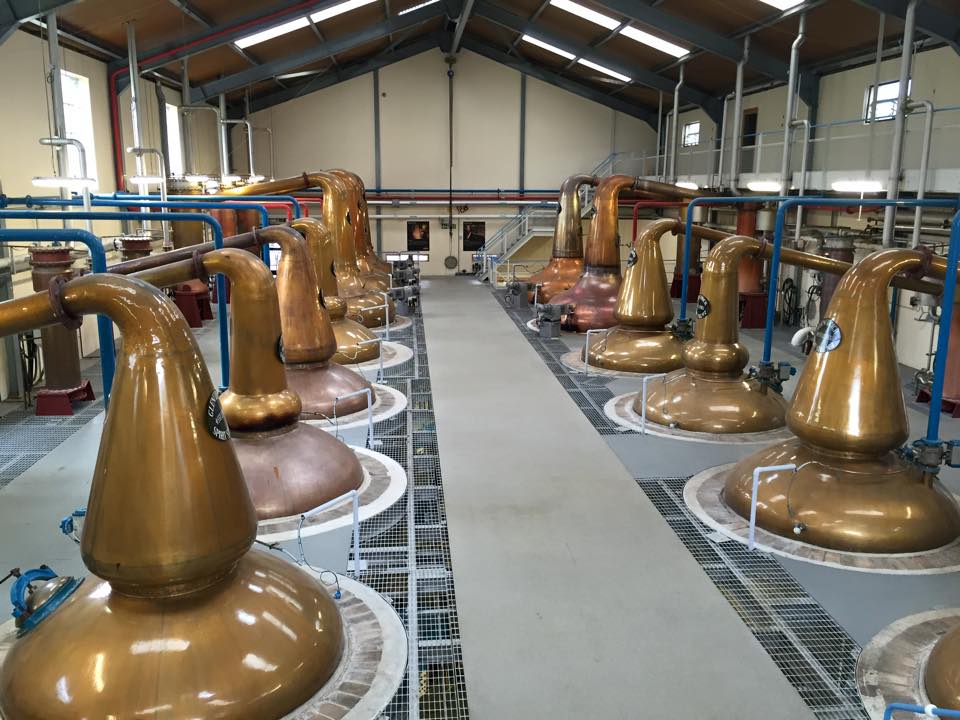 Can’t remember what these are for

We learnt plenty to help us sound like the truly cultured gentlemen we always pretend we are. Did you know a cask of whisky loses 2 per cent volume a year through evaporation?

Eventually we got to the tasting and were able to enjoy a shot of Glendiddich 12, Rich Oak, 15 and 18. The 18 was the nicest, naturally, and had and elegant nose, faintly sweet and scented with apple and wood. 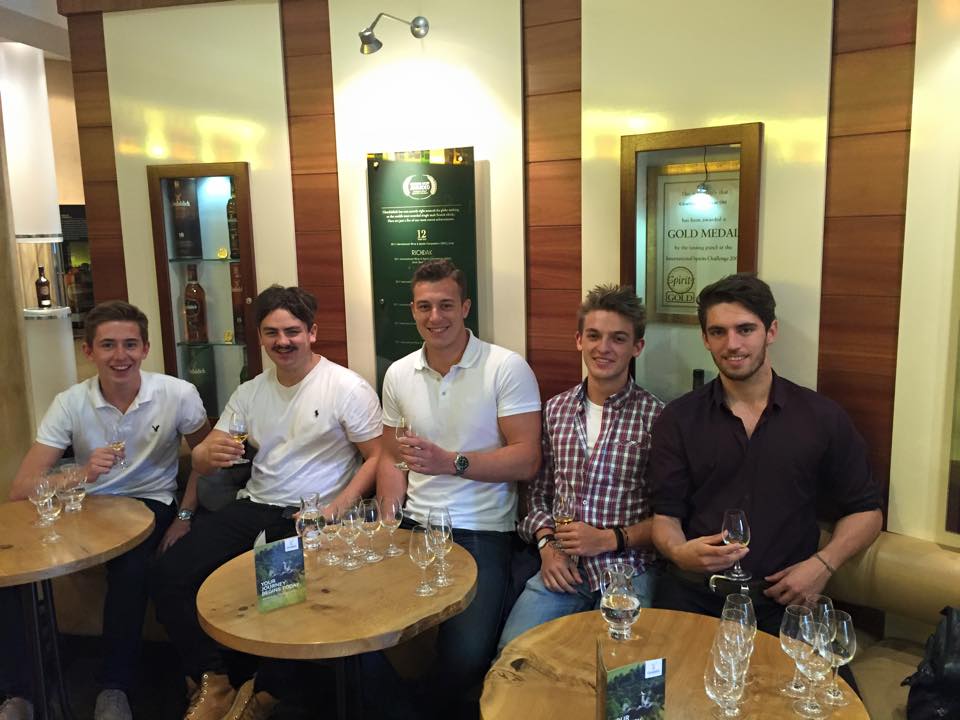 On the journey home we were contemplating ways to to make our day more manly. So when we found a dead deer on the side of the road, we obviously decided we’d eat it.

We took her home in the boot of the car suggesting different ways of getting to the meat. We eventually came across a YouTube tutorial where a scary bloke by the name of Josh told us how to butcher the beast. 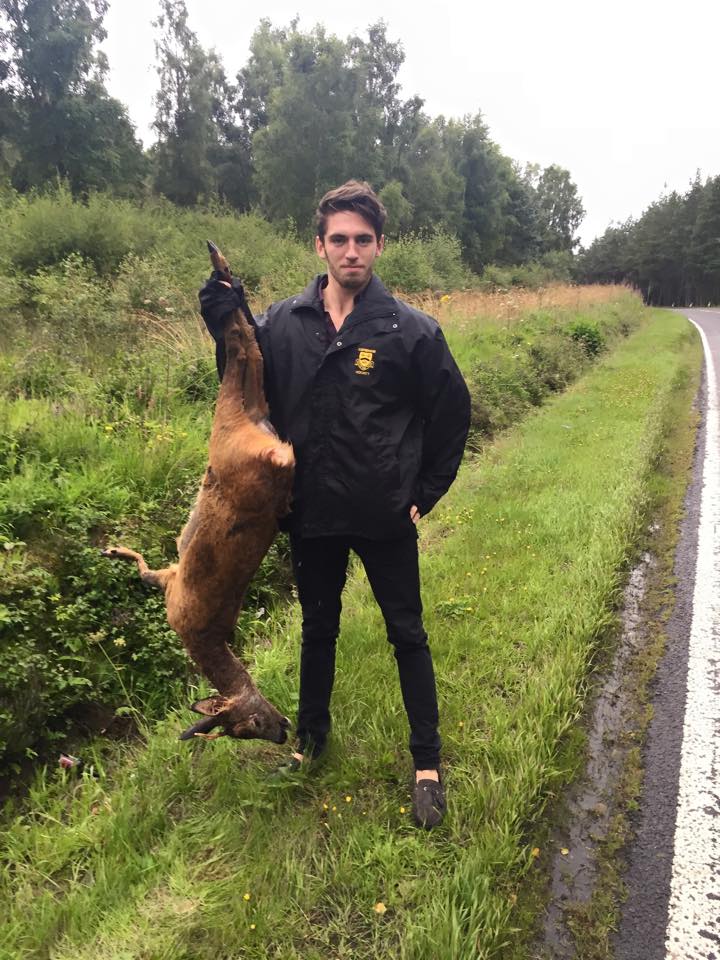 The loafers are quintessentially manly 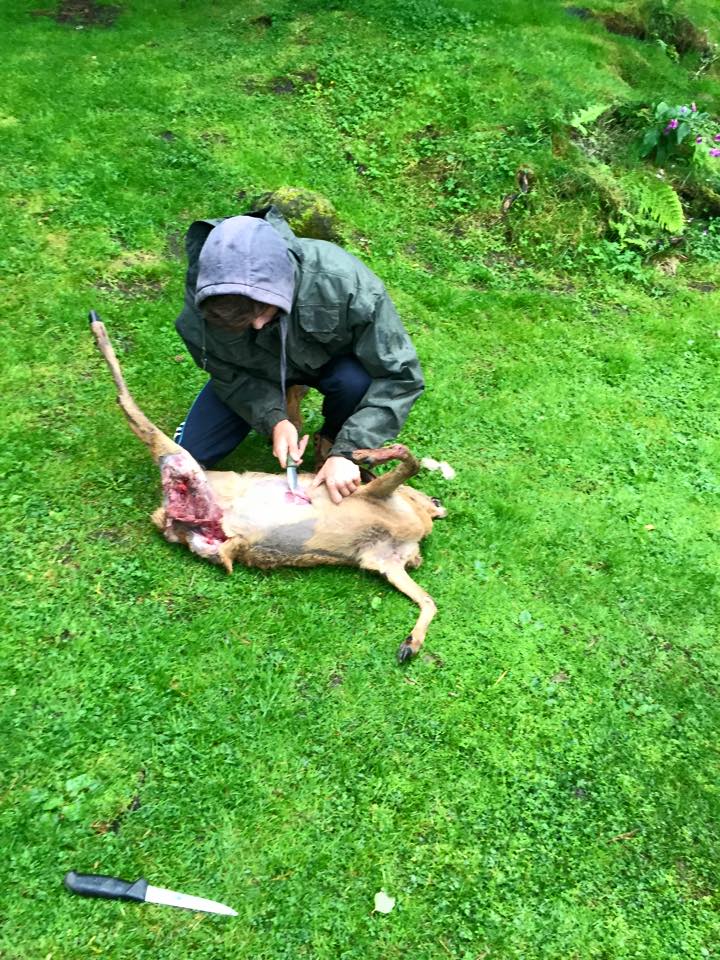 Following Josh’s incomparable tuition we managed to get some steaks from the back, and the next door neighbour took the rest to his dogs.

Men’s Health informed us venison meat was ideal for muscle growth and we glazed it with garlic and honey, which are apparently perfect for muscle maintenance and blood flow.

According to Carruthers, a lack of meat can reduce testosterone by up to 14 per cent, and a study by the University of Utah showed a diet too dependent on beef and lamb can make testosterone dip – venison is the middle ground.

The honey boosts Nitric oxide to open up your blood vessels, and the garlic fights off stress-hormone Cortisol which competes with testosterone for sites in muscle cells.

This in mind, we served our first man-dinner with one of those eggy avocados that fitness freaks put on Instagram. These were meant to “clean our pipes” and supply us a cheeky hormone boost.

We polished it off with some extra meat and sent it down with a glass of milk for a “lean physique”. It was really, really nice. 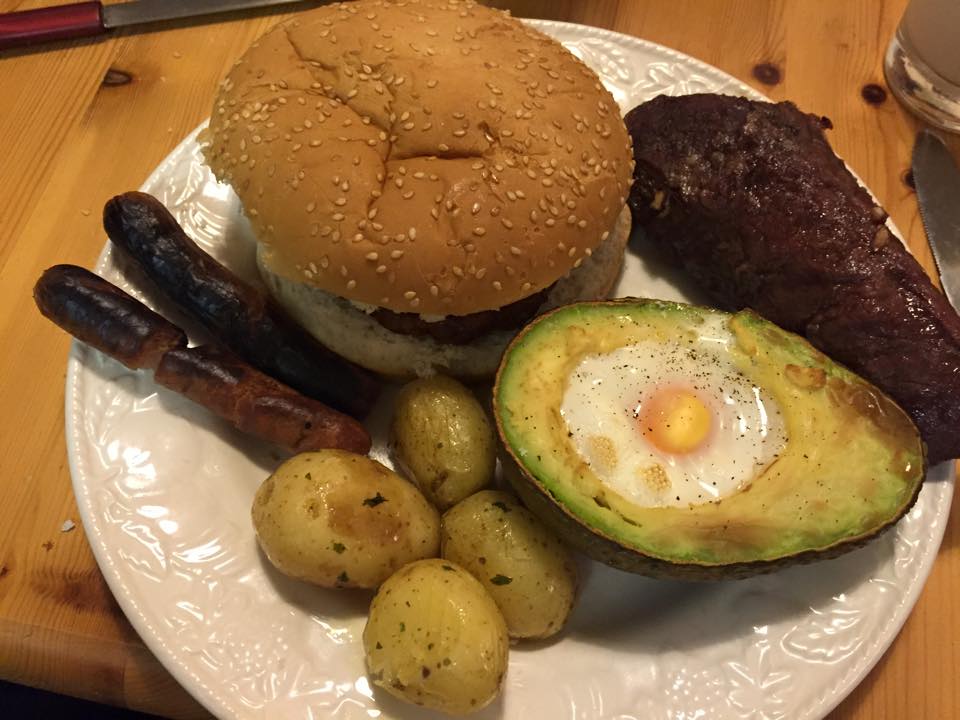 The venison is on the right

We woke up with clean pipes and huge biceps ready for another day of testosterone-topping. Not sure what to do with our newfound virility, we decided to find the biggest mountain we could and climb it.

We wolfed down some more honey-covered porridge to get our blood flowing, and jumped back in to the man-mobile down the A86 to the bottom of Ben Nevis.

As we trekked up the mountain we tried to make things as hard as possible. We saddled up heavy(ish) backpacks and tested out our huge quadriceps with some hill sprints. 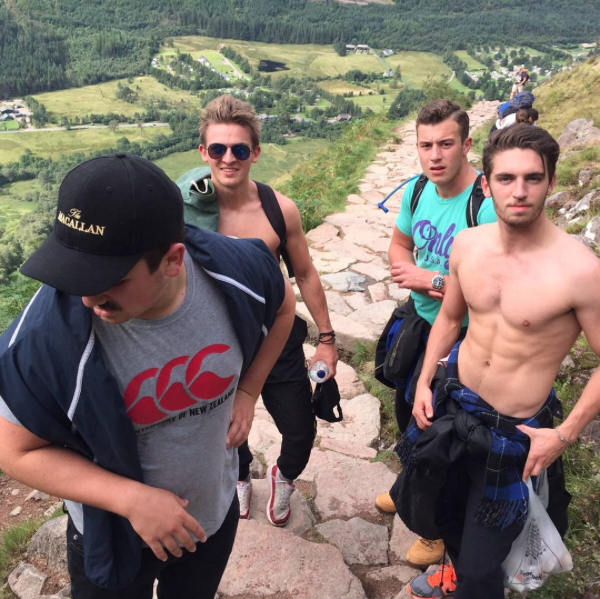 The final ascent saw us soaked by a cloudy haze and visibility was poor. But when we reached the summit and got above the clouds, the view upgraded to average.

Naturally, we had a beer. 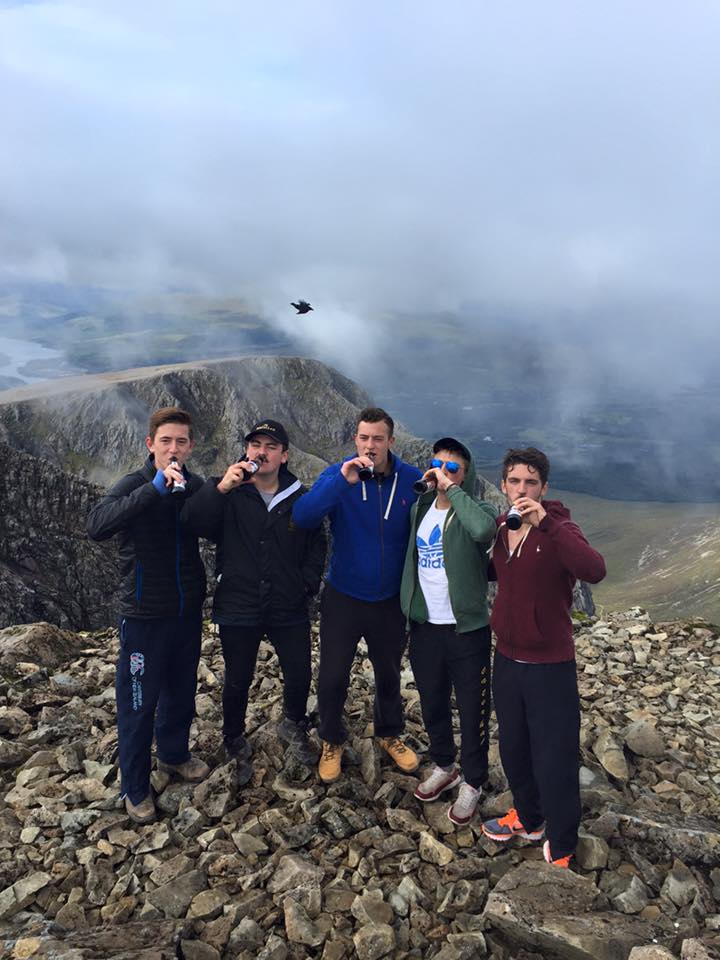 I refuelled on a pomegranate and honey flapjack. According to the MH boys pomegranate helps to fight impotence, and the International Journal of Impotence Research reported 47 per cent of impotent men found their condition improved after glass of the antioxidant rife juice every day.

My potential impotence had never concerned me, but the depressing walk back down the mountain was made all the more bearable by the prospect of an easy conception whenever I fancy a mini-me running around the house. 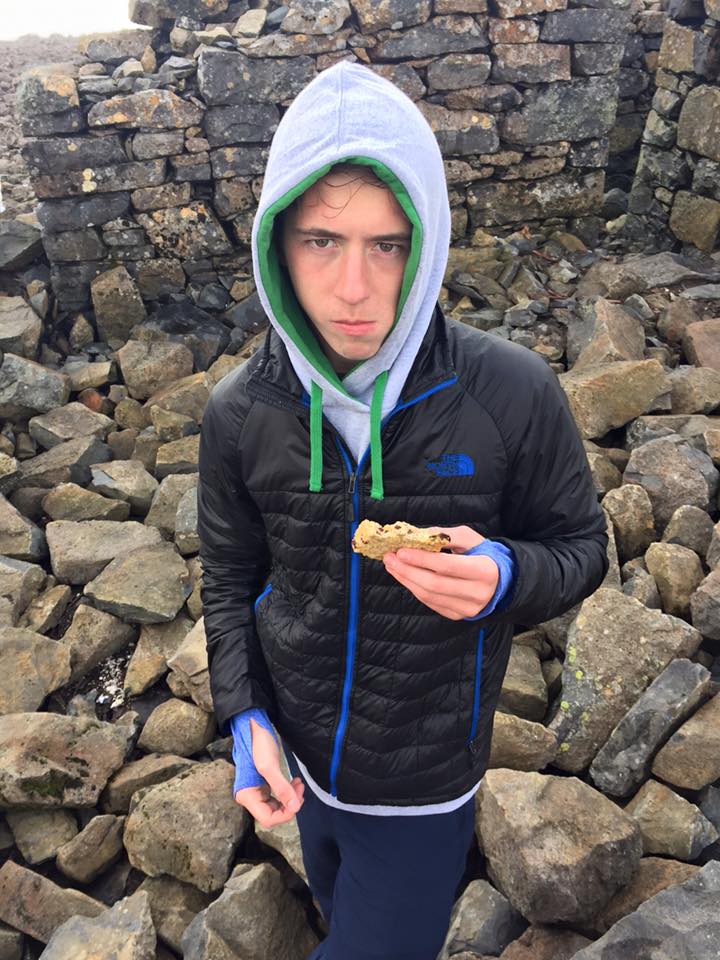 You won’t stop me making babies

Sadly we couldn’t be bothered to make any MH-recommended meals so instead had a huge greasy kebab. It probably wasn’t as biologically helpful but I sure felt like a man as the grease dripped down my chin, shoving unidentifiable meat down my throat while staring at a plate unpopulated by anything green.

We had more beer, more milk and then went to bed.

The next morning, we woke following our two days of manliness and in true Byron style sat on a boat to contemplate the experience.

We all agreed that consistently implementing these foods in to our diets would be a good way to stay healthy and ensure good physical, mental and sexual health.

I thought I was a new man, until I remembered the dressing gown I was wearing. 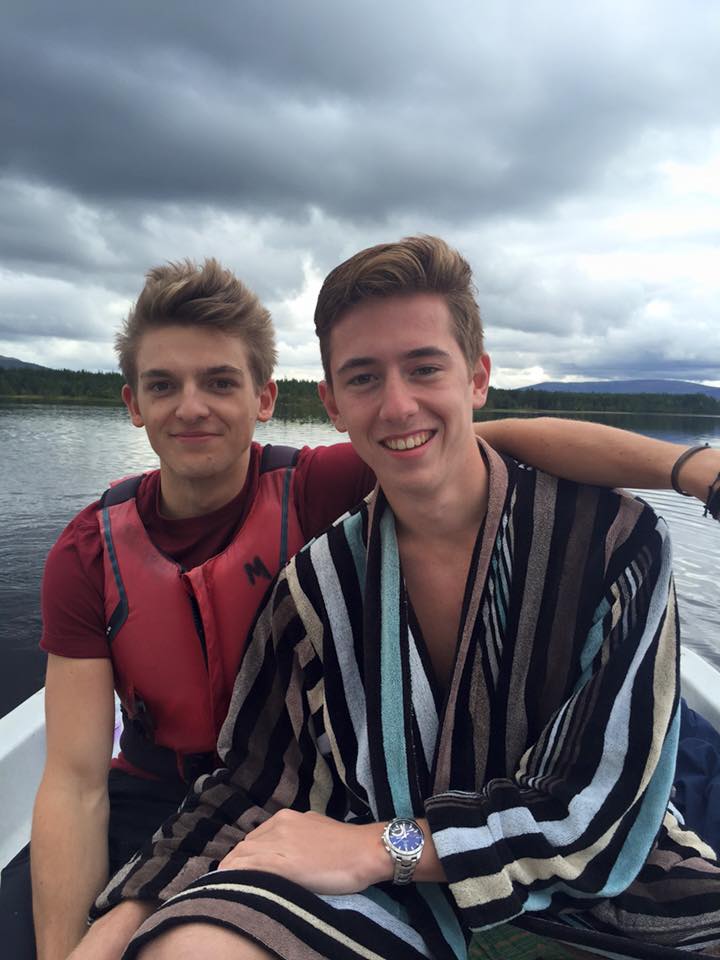 I had just jumped in to be fair

Maybe I am a soft southern bastard after all.