A fierce finalist has collected his graduation scroll in full drag.

Most of us only have to worry about sweaty palms when we’re shaking the VC’s hand and not tripping over, but creative Brighton finalist Daniel Turrell rocked up to graduation wearing skyscraper heels, suspenders and a bouncy green wig.

Dressed as his drag alter ego Crystal Lubrikunt, Daniel said the stunt was to prove wrong his tutors and anyone else doubted his drag aspirations at uni, in an ultimate fuck the haters moment.

You know just being iconic and stuff hbu #ClockTheStomp

The Performance and Visual Art third year strutted across the stage at the Brighton Dome this week in full drag, complete with tight black dress, clutch and matching fan. 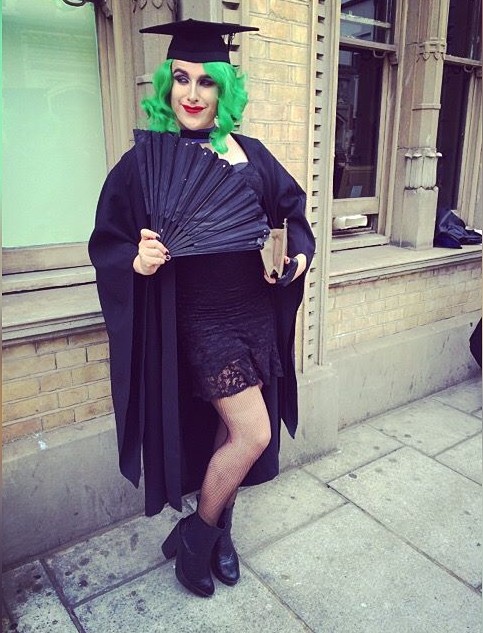 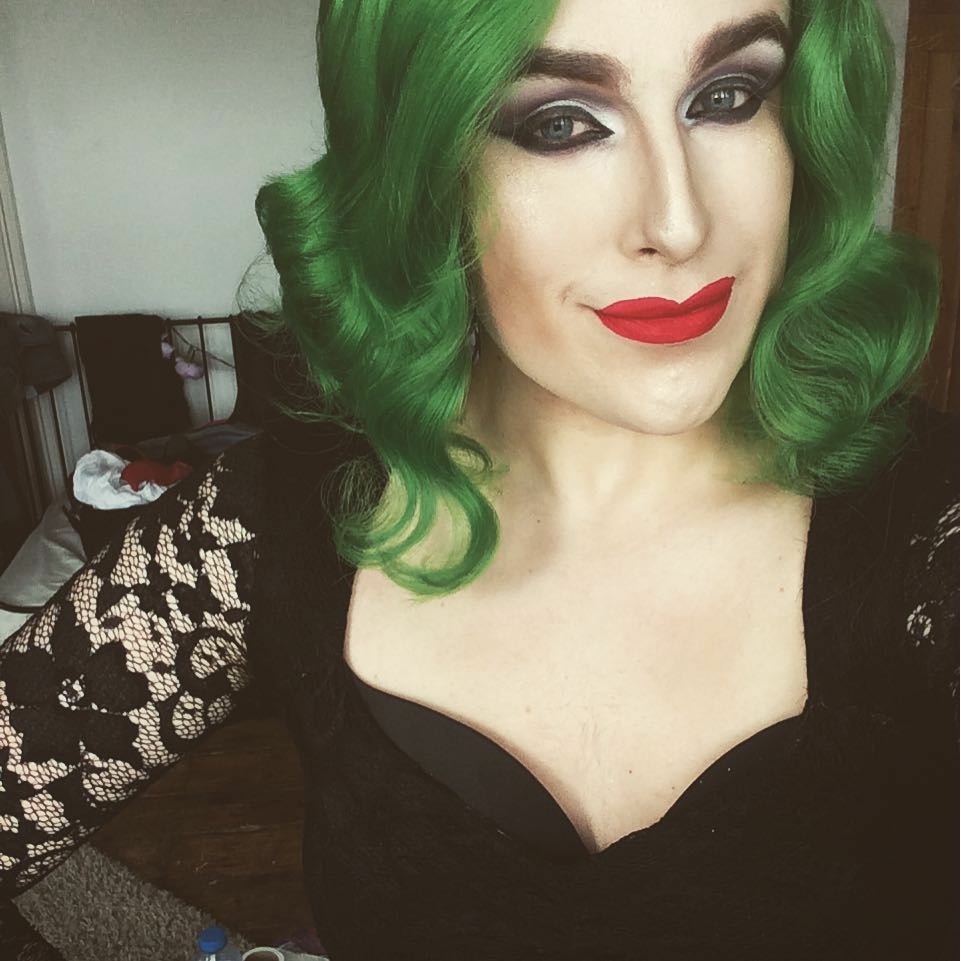 Daniel explained his draguation was the perfect way to end his university career. He said: “I wanted to graduate in drag to be faithful to my university experience. My course was Performance and Visual Art and through my research and studies of the lip-sync performance style I found drag and pursued a career out of it.

“I wanted to graduate in drag because university gave birth to Crystal Lubrikunt.” 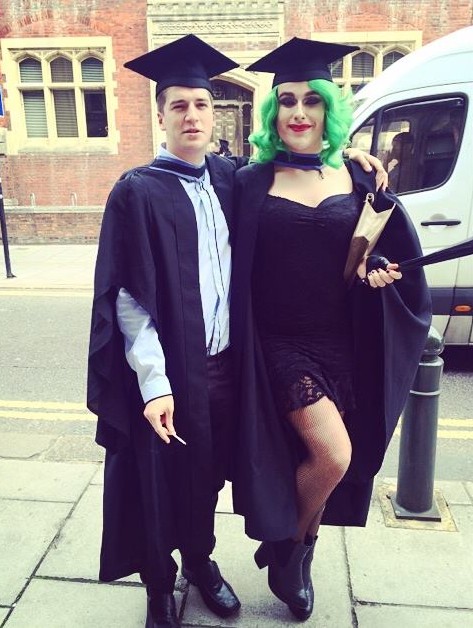 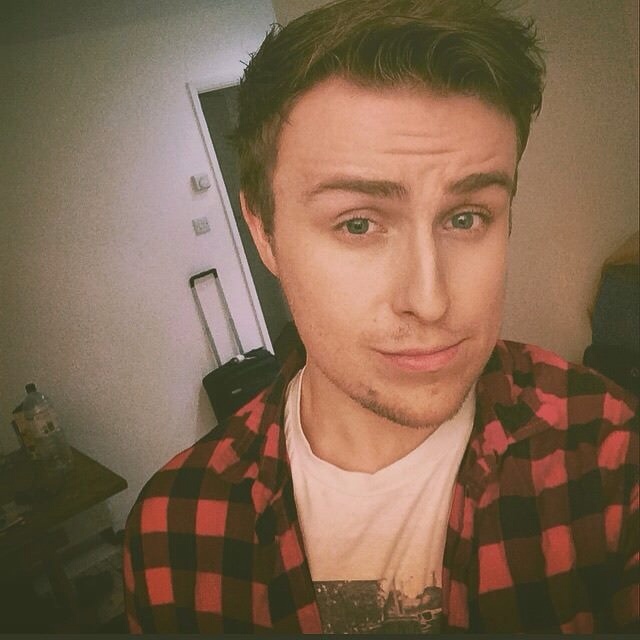 Daniel, who graduated with a first, called his graduation performance “the biggest middle finger to anyone who thought I couldn’t make it”.

Although the reaction was mostly positive, there were still some who disapproved of the draguation.

“The reception on the day was incredibly humbling, though it all was accompanied with some unnerving looks, dagger-like stares I was welcomed with warm receptions from those who helped me with my robes, to the professors onstage.”

The finalist was joined on the day by family, with his mum and sister cheering him on. 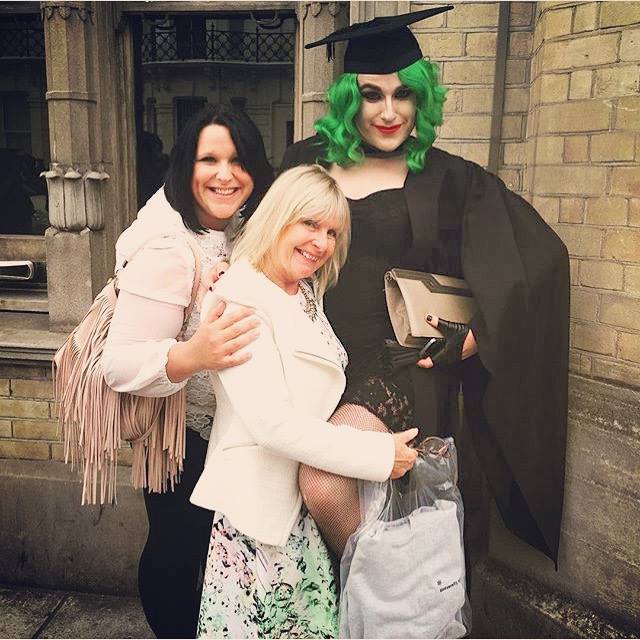 He said: “My mum and sister have both been incredibly supportive of my drag career and constantly tell me how proud they are of it. My brother wanted to be there but was in America working, and my dad was supposed to come but didn’t. He thought my graduating was a joke I was playing on him.

“He knows it’s my career and has seen me perform but he doesn’t ever talk to me about it – he’s from a different generation. I was let down when he decided not come – I felt it was because I was graduating in drag.

“But he’s always supported me as much as he can and I don’t judge him for his actions – life’s too short.” 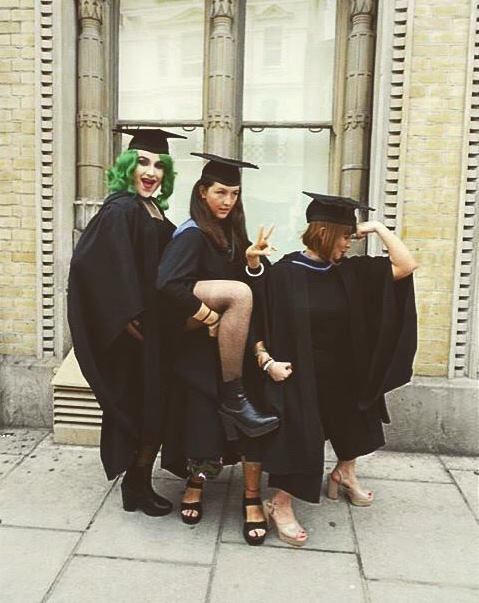 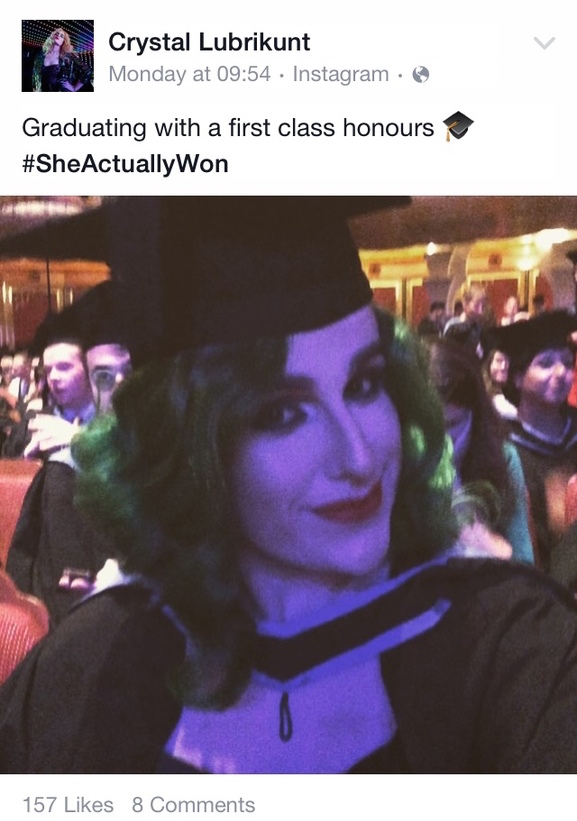 Now graduation is over Daniel hopes to pursue drag as a full time grad job and continue performing full time as Crystal Lubrikunt.

He said: “If it wasn’t for university I wouldn’t have discovered this path I’m currently on. Although uni is expensive and isn’t for everyone I can’t knock the experience I’ve had the past three years. No matter how many negatives there are they’re always met with an equal amount of positives, life is what you make it, in all aspects. It’s up to you to make the best out of every situation.

“My graduation was such a wonderful day for me and I hope that all those queens out there, that might not even have a full-time career in drag and perhaps just like looking fabulous, aren’t afraid to be who they want to be, dress how they like on their graduation day and stomp across that stage, make it their runway like I did – with fan in hand – and make this a day they won’t ever forget.”