Revealed: The grimy illnesses you’re Googling the most

If you’re from Essex, it’s Chlamydia

Panicked hypochondriacs are airing their worries about back pain and diarrhoea on Google, a study has revealed.

They topped the list of most-used searches, with Liverpool and Shropshire being the most prolific locations to search them respectively. 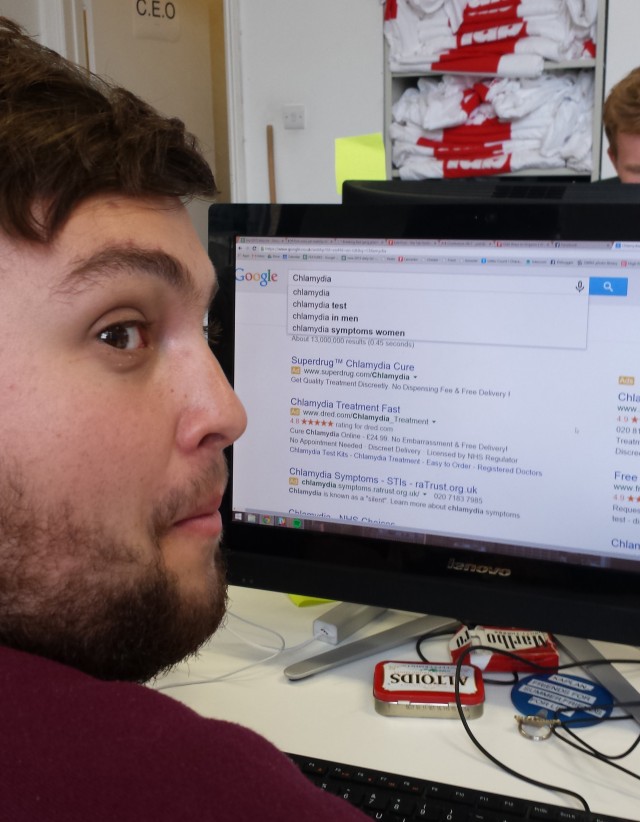 Rheumatism, multiple sclerosis and depression also headed up the top 10, with top searchers in Belfast, London and Liverpool.

The study also confirmed our suspicions about randy Essex residents, with the county taking the top spot for searches of both “Chlamydia” and “Ovulation”.

Surrey residents were having less fun, being more inclined to worry about meningitis or lupus.

Liverpool, Cardiff and Surrey were ranked as the self-diagnosis capitals of the UK, with London and Sheffield following closely behind.

The research, carried out by Push Doctor, also found that over half the population would not reschedule a gym session for a doctor’s appointment – with almost the same amount opting for lunch or a lie-in instead of a diagnosis. 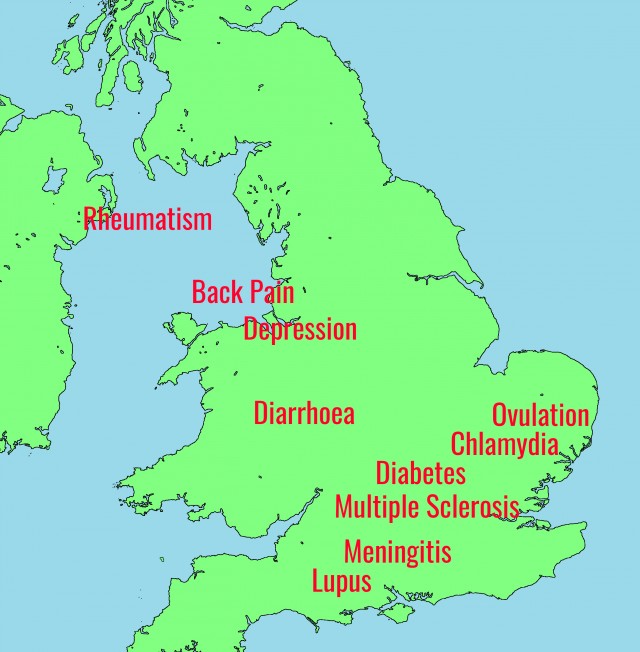 It was also revealed that the advent of health technology and fitness apps has set the nation on edge, with 16.3 per cent of respondents saying it has made them “too aware” of their wellbeing and a further 12.8 per cent saying they are now “worried” about their health.

Push Doctor’s Dr Adam Simon told The Sun: “The findings indicate the extent to which people are now using technology to manage their health.

“As well as health searches being on the rise, 58 per cent of people now actively use technology to manage their health and wellbeing on a daily basis.

“Healthcare providers need to find ways to stay relevant to patients who are getting used to “always-on” services in other aspects of their lives”.