Horrid new app shows you who’s defriended you on Facebook

Find out how alone you really are

A miserable new app has been released which shows you who has deleted you as a friend on Facebook.

Who Deleted Me is an app and a site which lists those who have purged you as one of their Facebook friends.

It’s the latest web development to remind you how alone in the world you really are. 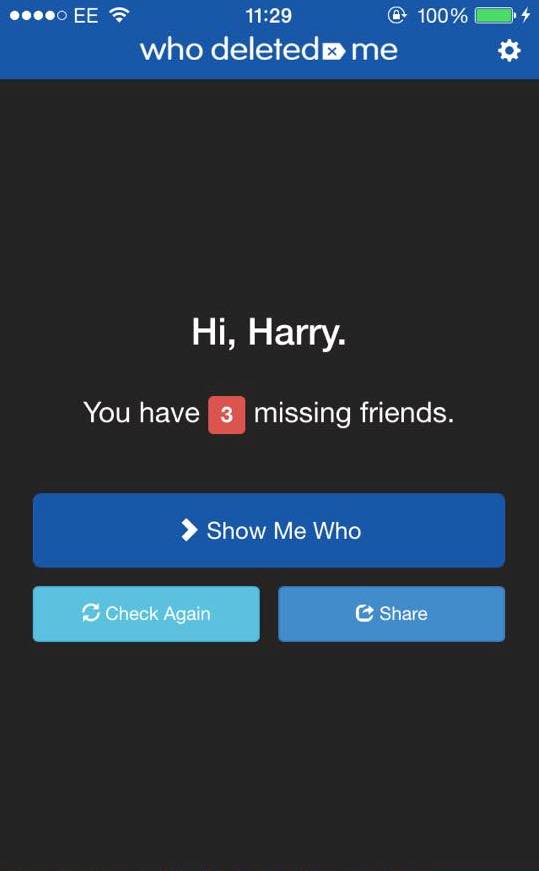 Are you an anxious piss-pot? This app will appeal to you 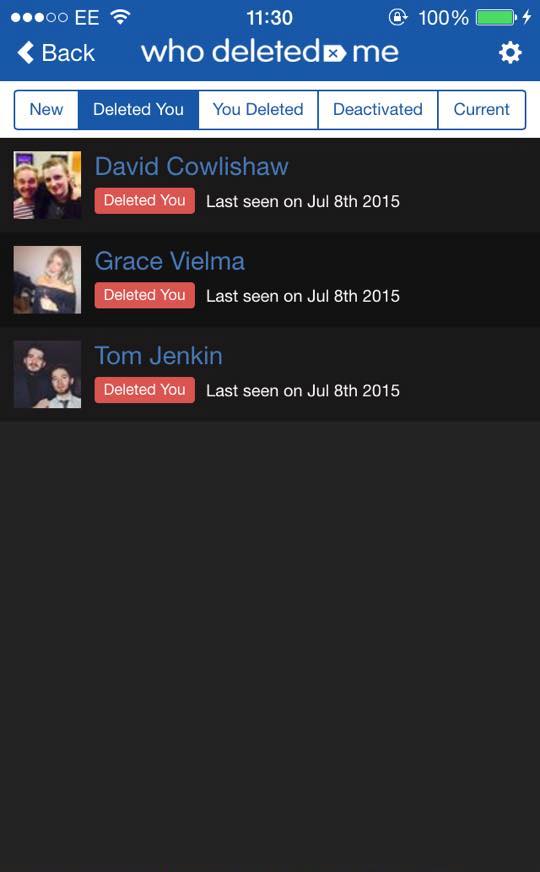 Find out who’s tried to vaporise you from their lives

If you want to check who’s expunged you from their lives, download the Who Deleted Me app or add it as a Chrome extension.

Unfortunately it only displays people who have purged you from their lives since downloading the service, so you’ll only be able to see those who delete you from now on.

The hateful service has proven so popular in the last few days, it’s started to crash as paranoid Facebook users clamour to see who’s defriended them. 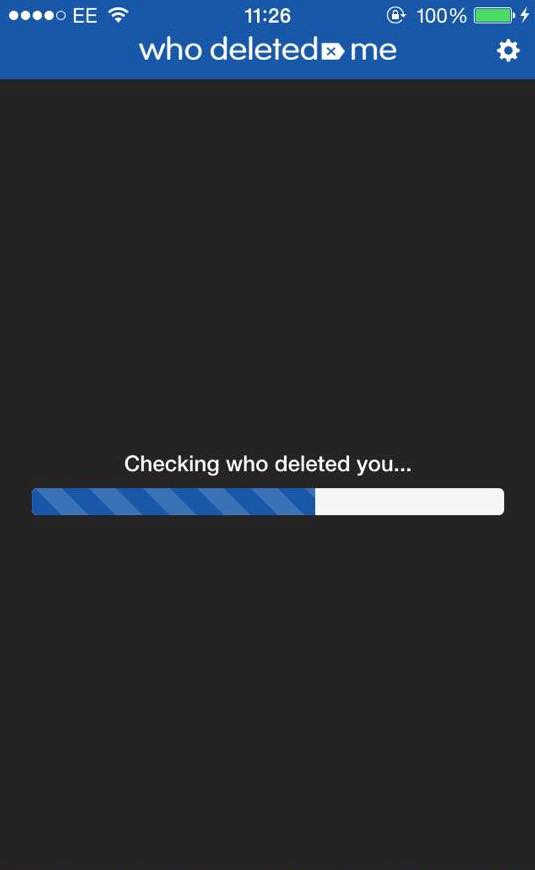 There will be haters

Using Who Deleted Me

• Download the app for iOS or Android, or install the Chrome extension
• Log into Facebook through the app
• Tap “show me who” to see who has deleted you since installing the app

This comes after new research claimed people who post Facebook updates about their boyfriends and girlfriends are more likely to have low self-esteem.

Social media psychologists at Brunel found those who brag about diets, exercise and accomplishments are usually vain narcissists –– and when you get more likes and comments, you’re just boosting the attention you crave from it.

“People who receive more likes and comments tend to experience the benefits of social inclusion, whereas those who receive none feel ostracised.”