Using a phone, tablet or computer before bed makes it harder to sleep and harder to work the next day

Feeling smug about the new tablet you got for Christmas? Don’t get too excited – it’s going to ruin your life.

A new study shows using backlit devices like phones, tablets and laptops before bed makes it harder to sleep and reduces alertness in the morning.

Researchers who ran the Harvard University experiments said looking at a white screen in bed sets your body clock back an hour and a half. 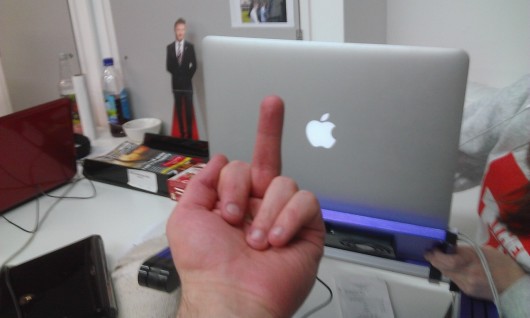 It’s trying to ruin your life

They asked 12 people to read an e-book on an iPad before bed some nights, and a printed book on other days.

By the following evening, they were an hour and a half behind in their daily rhythms.

“It was about midday before they caught up.”

And Dr Chang said the real life effects could be much more severe, because the guinea pigs in the study were forced to stop reading at 10pm – much earlier than most people do.

Although the study only measured the effects of iPads, it’s likely that the findings apply to all backlit devices. 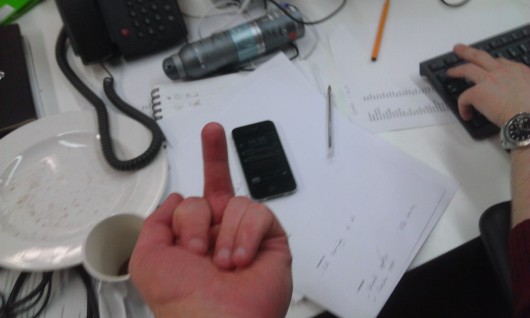 You can fuck off and all

She added: “When you hold these devices up close to your face you’re looking directly in the light source, whereas external light is pointing elsewhere and reflected, and that’s a lot less.

“I really think that this is an important area for further study. If you count up the amount of time people spend on light-emitting devices, checking email, social media, watching TV, that will quickly add up . . . The very best way would be to avoid light-emitting devices in the hours before bedtime.”

Professor Russell Foster, the head of the Sleep and Circadian Neuroscience Institute at the University of Oxford, told the Sunday Times: “This is the best study we have looking at e-books, iPads and their impact on sleep and alertness.

“It would have been interesting to compare reading for shorter periods of time [but] what it does is underline the importance of taking sleep seriously.

“The real issue with these devices is increasing your level of light, which will increase your level of alertness, and that will delay the onset of sleep.”

Experts now recommend you have an “electronic sundown” where you don’t look at your phone or tablet before bed.