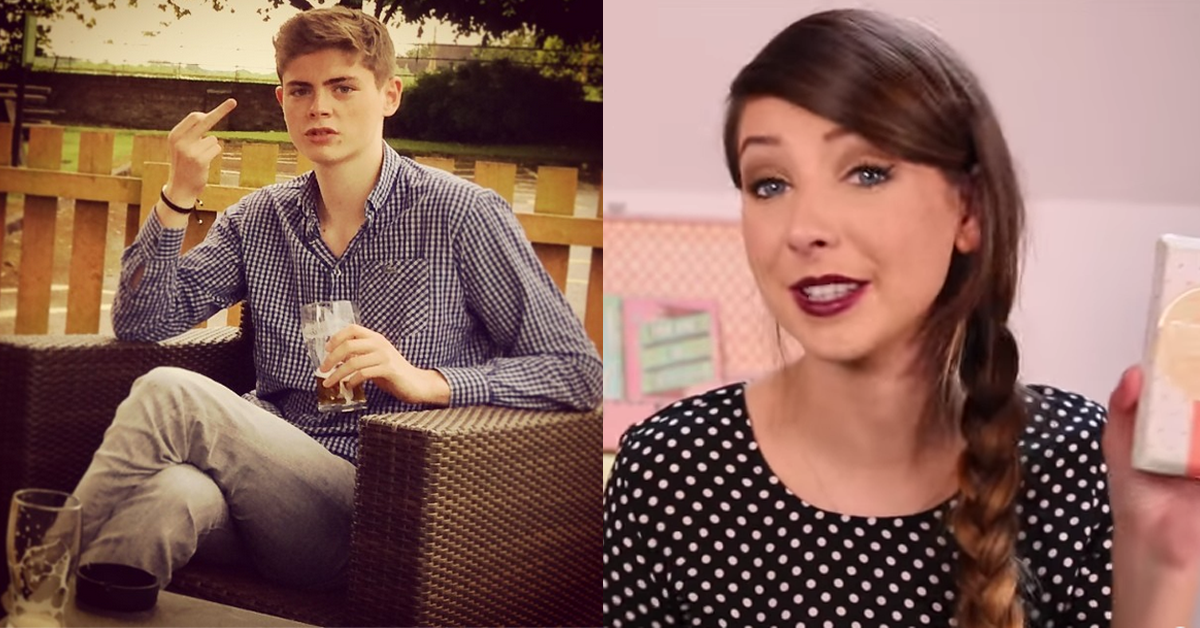 Vanilla vloggers and idiot Twitter lads aren’t the problem, you are, and you need to sort yourself out

Have you heard about The Prince of Notts?

He’s such a lad he needs a trigger warning.

Look at his Instagram and you’ll see a turbo-charged life of beers, babes, and excessive deodorant. The only thing that gets between him and his goals is a hangover.

What motivates the noble Prince? Let his pictures tell you. 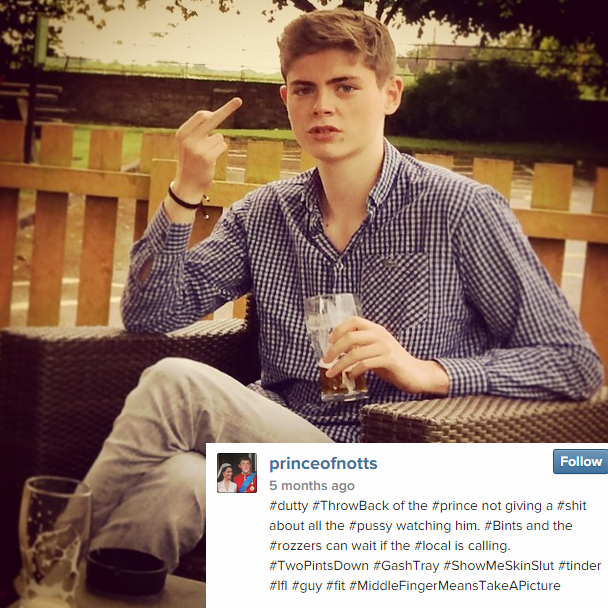 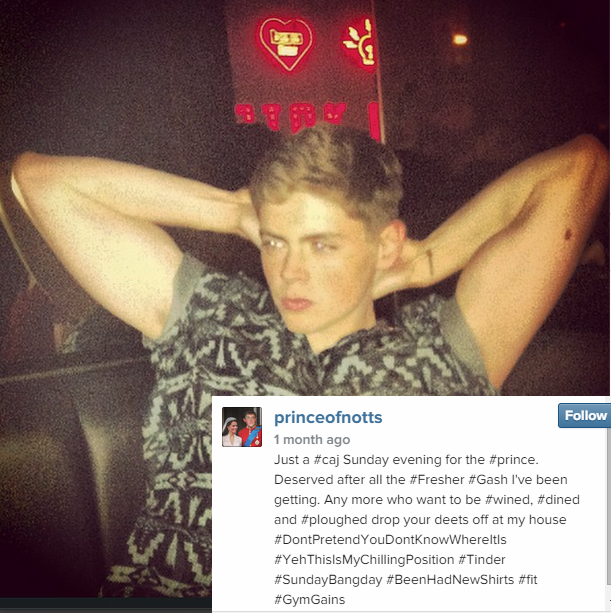 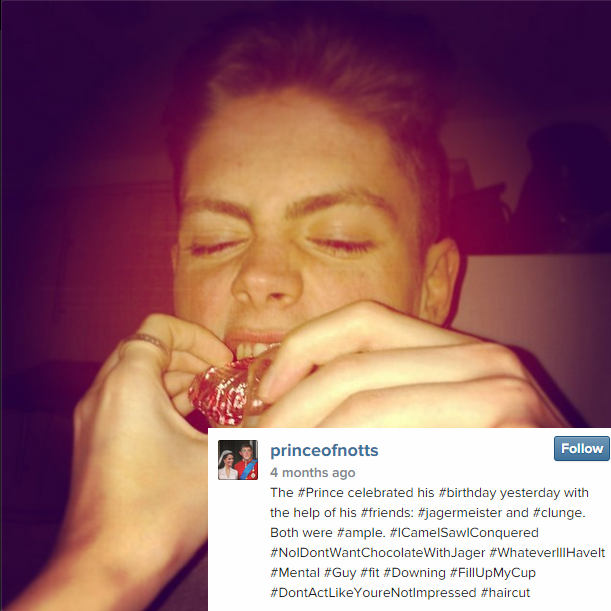 You get the idea.

He’s a joke, obviously: one of the many born in the shadow of the Dapper Laughs before the stand-up routine about rape and closer to the escapism from his bum-out life as an estate agent in Clapham.

Others like him are Official Big Mitch, also at Nottingham:

And The Clax Rugby in Exeter:

He would have been the playground terror to avoid, fondling his balls in Geography and cracking mortifying jokes about shagging your mum within her earshot.

He’s a horrid little sod who has kept his schoolboy attitude, the kind of bastard who would bully you in your own garden when he came round: all this is clear. 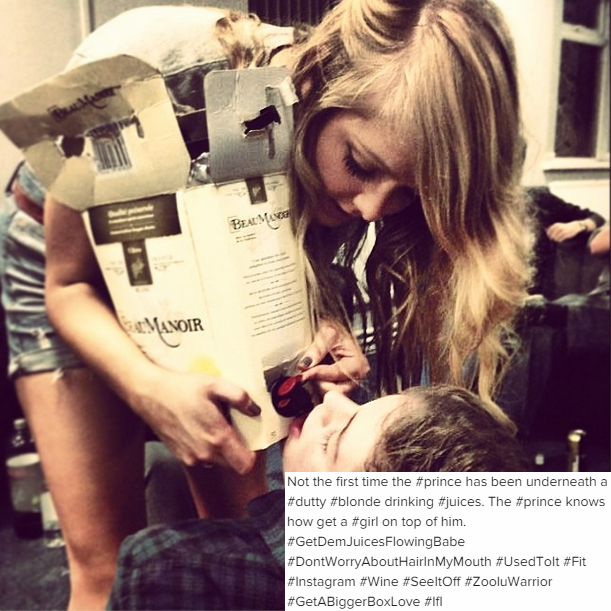 You’ve seen her adverts on banners and buses, she’s the twee vlogger offering beauty tips and life advice through her asinine YouTube channel.

Zoella is the 24-year-old with the persona of a child, albeit one that tells you how best to apply the lip gloss that she’s contractually obliged to promote. 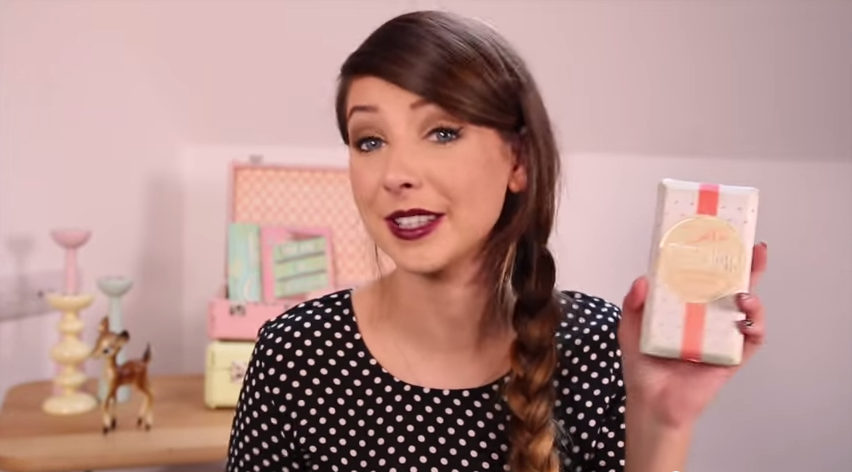 Like Dapper and the Prince, Zoella has bred a vanilla litter of impersonators.

Take the fantasy world of Noodlerella, a 20-year-old English student at Sussex who lives for Japanese anime and impersonating cartoon characters.

In this video, she looks at her clothes.

She preens: “These gym shorts are so incredibly comfortable” and “Everyone should have their favourite fall sweater, so far this autumn this green one is definitely my favourite.”

Choice videos also include Tips on how to lose weight! (Fast!) which comes with the disclaimer: “I just want to say that in no way am I promoting weight loss among young people.” 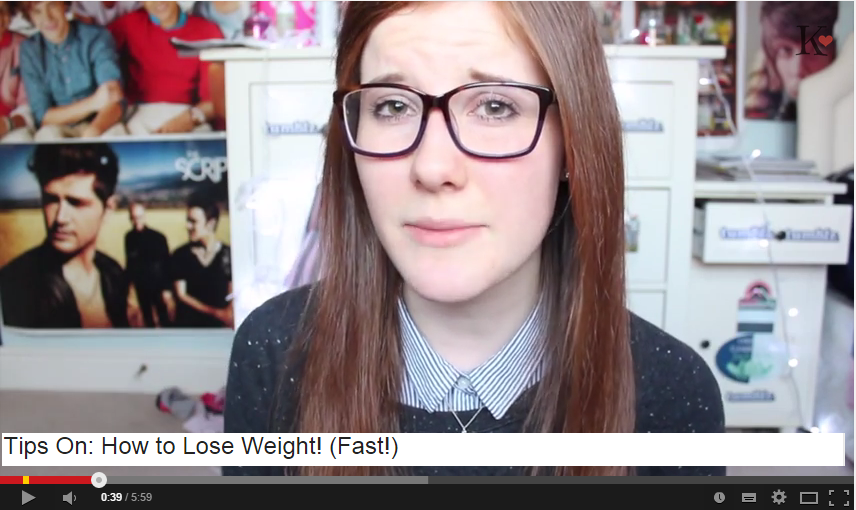 But really the most abhorrent aspect of Kat08 and Zoellas’ videos is the sickening optimism.

Call me a cynic but I refuse to believe anyone is that consistently smiley. Their oozing honey voices are strained by their aching grins. They look like Miss World contestants on some really strong mandy.

And since when was shyness an enviable personality trait? 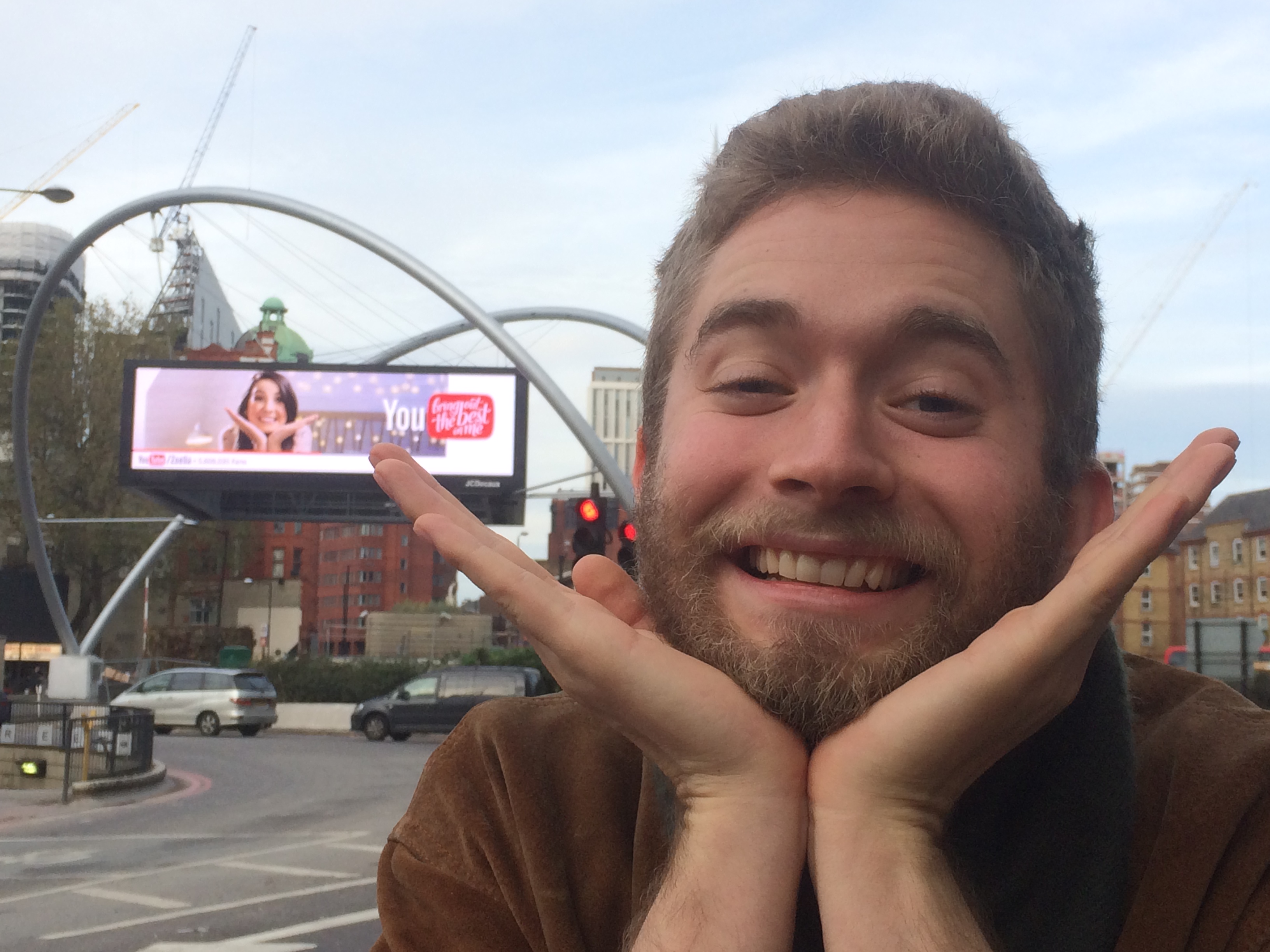 Also, where the acoustic Jack Johnson rip-offs that soundtrack these cutesy losers comes from is anyone’s guess.

If Prince of Notts is the Red Bullish try-hard of Instagram, then Kat08 is the tedious equivalent of YouTube.

Can you really blame them for doing what they love? It’s our fault they’re popular in the first place: we seem to lap these videos up, even when they describe something as mundane as favourite autumn clothes. 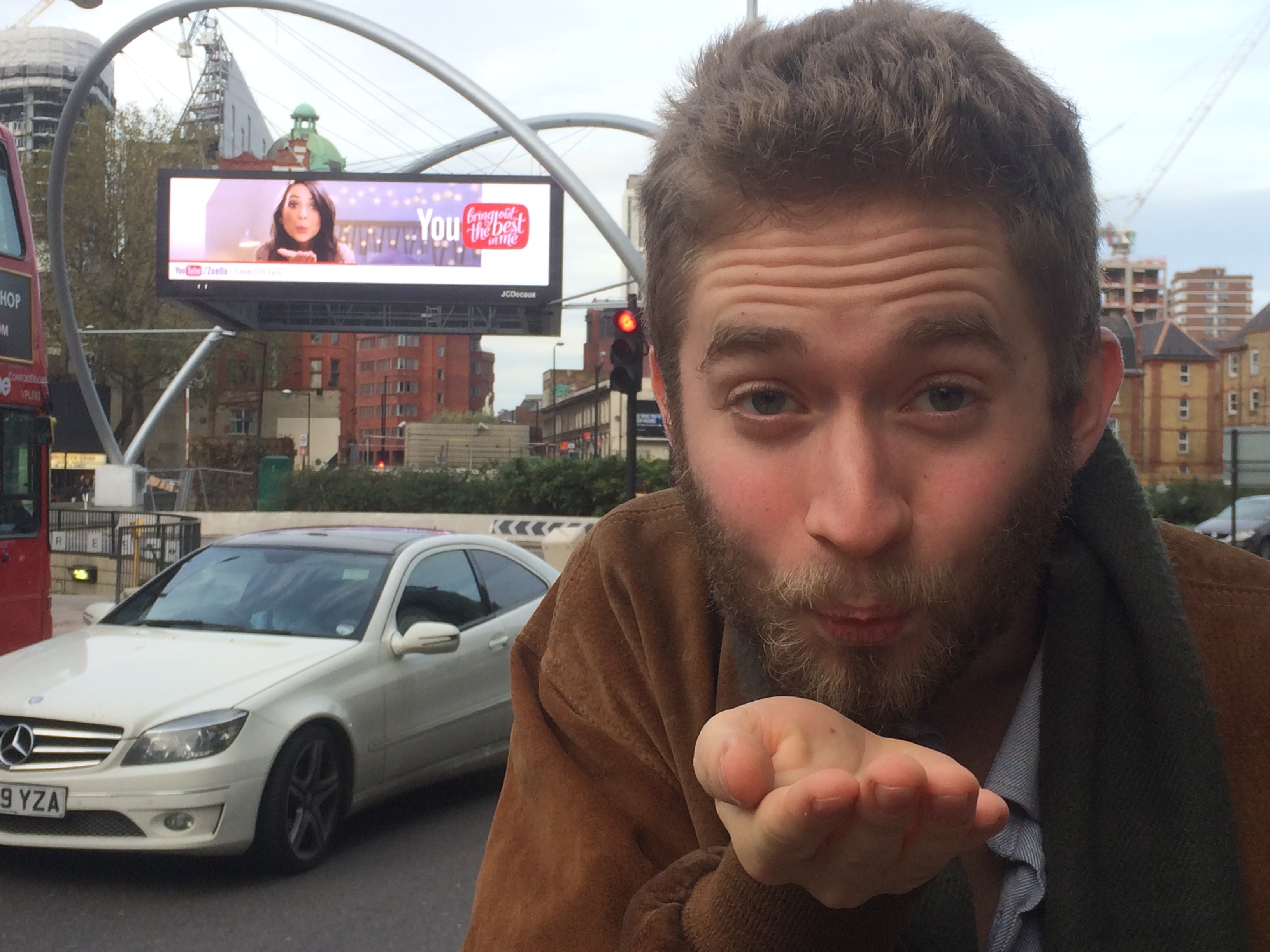 Ultimately you go to uni to do new things.

Staying in your bedroom to instruct people on how to imitate the squeals of a Japanese children’s cartoon isn’t the best way to spend your nine grand a year.

The Prince of Notts isn’t any better.

If anything, the lads of Instagram and the losers of YouTube are both cheeks on the same arse.

They’re both squatting down, feet planted squarely apart, spraying their unique shade of shit all over the internet.