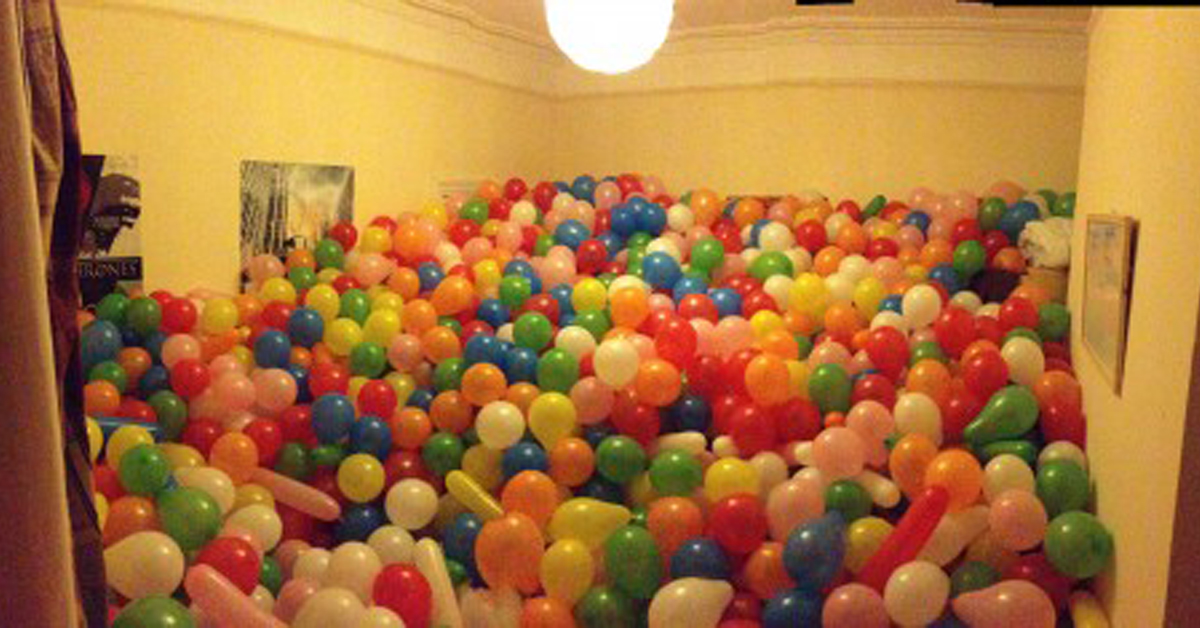 Sneaky Southampton second years went the extra mile to teach their housemate not to leave his room unlocked.

Tom Evans and his friends blew up a whopping 5000 balloons to surprise their housemate after he made the rookie mistake of leaving his room open when he went home for the weekend.

The Marine Engineers, who live on Shakespeare Avenue, performed the ultimate prank purely because they thought it would be funny…and it was.

“The only real reason for it was because he left his door open when he went home, and we thought it would be funny,” they said.

The balloons took over seven hours and fifteen people to blow up (hearts were broken when the two pumps they had broke almost instantly).

One of the dedicated pranksters told us: “His reaction was well worth it but I never want to blow a balloon up again.”

The victim, Max, told us it was “a pain in the arse…but my dream.”

Max trying to get out of his room

Once he’d calmed down Max said he “didn’t know whether to be happy or depressed”.

Tom, one of the pranksters, said: “The aftermath was a disaster.

“Someone decided to open the front door and the balloons started flooding out of Max’s room, so not only was our entire ground floor covered in balloons, so was half of Shakespeare Avenue.

“We still have popped balloons everywhere.”

Tom said: “It took a good two days of popping to get rid of them.

“To be honest we’re still finding them now.

“We’d definitely would do it again.

“The question now is how to make it better than last time.”

This article was originally posted on The Soton Tab.