OK, it wasn’t your uni, it was Bolton

Yet again there’s a batch of celebs who turned up at graduation ceremonies this year, and they didn’t have to do anything time-consuming like set up their own club night or write a bibliography.

Here’s the latest round of famous honorary graduates. Get ready.

He’s played a wizard, an X-Man, and now Sir Ian McKellen takes a new role as a Doctor of Letters, awarded to him by his former Cambridge College, St Catherine’s. Magical.

Harry received an honorary degree from @UniKent yesterday. He took a selfie… pic.twitter.com/YQgQRvHrv0

Comedian and trained Neurosurgeon Harry Hill last week collected an Honorary Doctor of Arts degree from the University of Kent for his contribution to television and the arts. But first, they let him take a selfie. 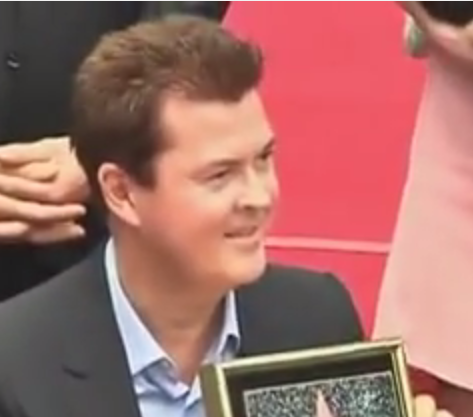 The man behind the massive Pop Idol franchise, and manager to the likes of S Club 7 and the Spice Girls, has been honoured with a Doctorate of Letters by Brighton Uni for his “contribution to business, entrepreneurship and philanthropy.”

Considering the groups he managed this is hardly music to my ears. 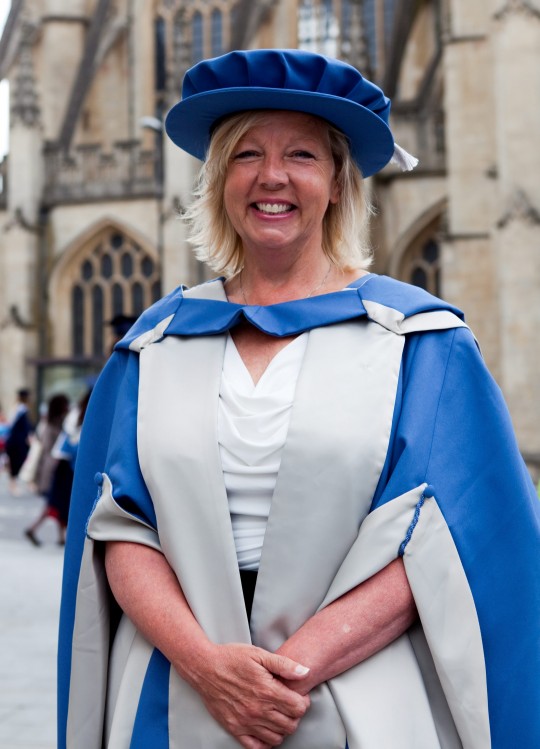 Bath Spa University are to hand an Honorary Doctorate to the Dragon’s Den star entrepreneur for her services to the business world. And for being the scariest woman on TV.

The England coach and Salford FC owner is now also a Doctor of Science after he picked up this honorary accolade from Salford University for his work promoting sustainability in the sports and property development industries…whatever that means. 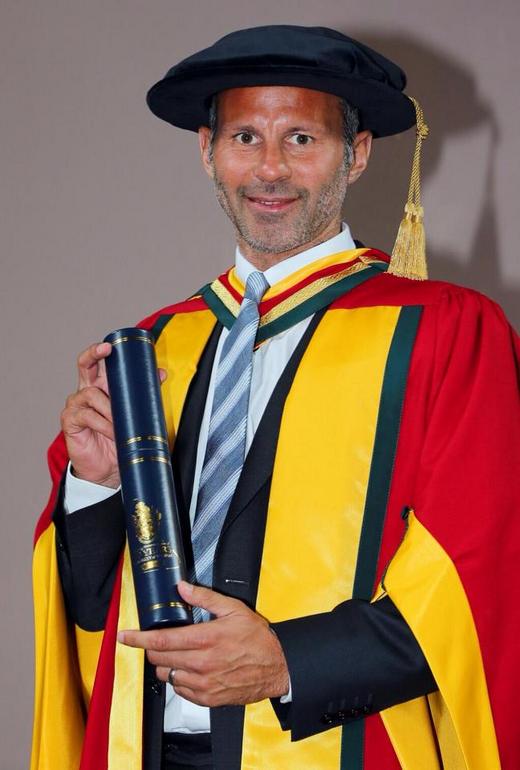 A second Manchester United player picked up an honorary Doctorate this season, this time by Bolton University. Love rat Giggs was rewarded for his “outstanding contribution to sport.”

Singer/Songwriter Melua has been honoured as a Doctor of Letters from Queen’s University in Belfast her services to music. This is closest thing to crazy since she claimed there were 9 million bicycles in Beijing. 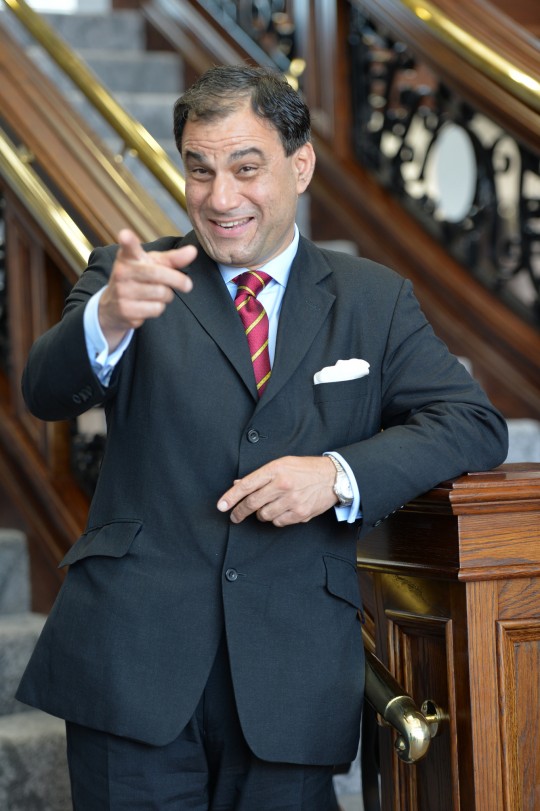 Birmingham Chancellor and Cobra Beer founder Lord Bilimoria now has a whopping seven honorary doctorates to his name. This one comes from Exeter University for his “contribution to British enterprise and public life.” Not to mention student life. 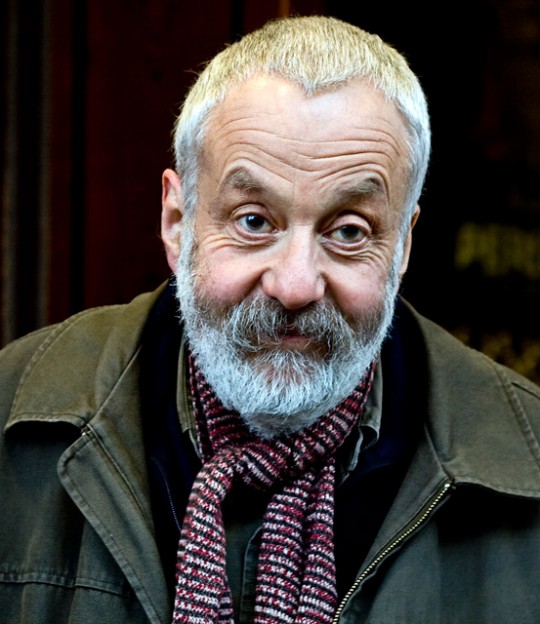 Renowned writer and director Mike Leigh has also been honoured by Exeter for his achievements in the creative industries. And he looks great in a scarf.

Today I am officially a clever and important person, even though I look like a nob pic.twitter.com/Pt2WIWwYoy

UEA have named The Fast Show star and alumnus Charlie Higson as an honorary Doctor of Letters for his successful career as the author of the Young Bond novels, and comedian, writer and producer.

The University of East Anglia have award an honorary doctorate in Civil Law to the entertainer and Celebrity Big Brother winner. Well, it is only UEA. 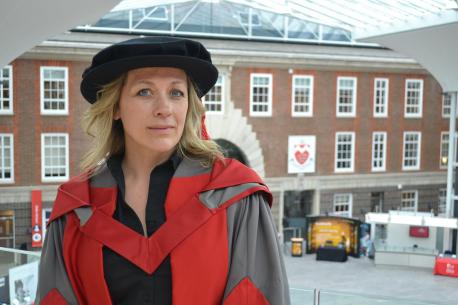 Property entrepreneur and TV presenter Sarah Beeny now carries the impressive title of “Doctor of Design” after collecting the honorary degree from Middlesex University, recognising her “contribution to the property industry.”
Next year’s contenders include Kirstie Aslopp and Phil Spencer. 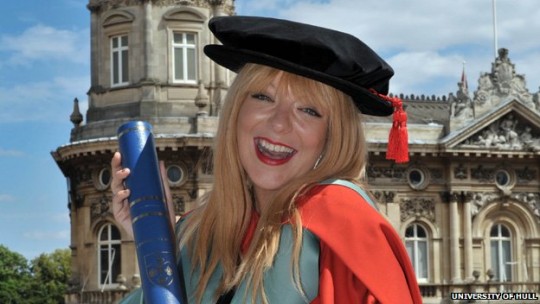 The Linconshire lass has been recognised by the University of Hull for her successful acting career, both on stage and screen. And they say acting isn’t a real degree… 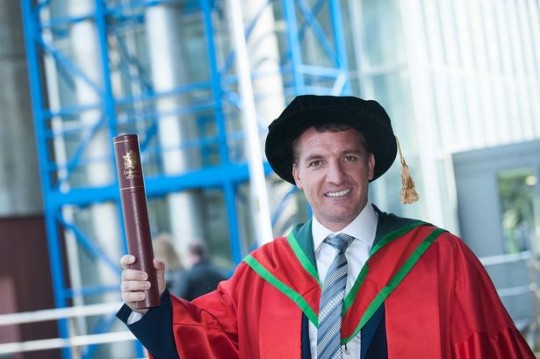 Rodgers, Liverpool FC manager and Irishman, has been made a Doctor of Science by the University of Ulster for his “contribution to sport.”

Northumbria University honoured the AC/DC legend with a honorary doctorate in Science during their recent graduation ceremonies for his contribution to the music industry. We’ll allow this one. 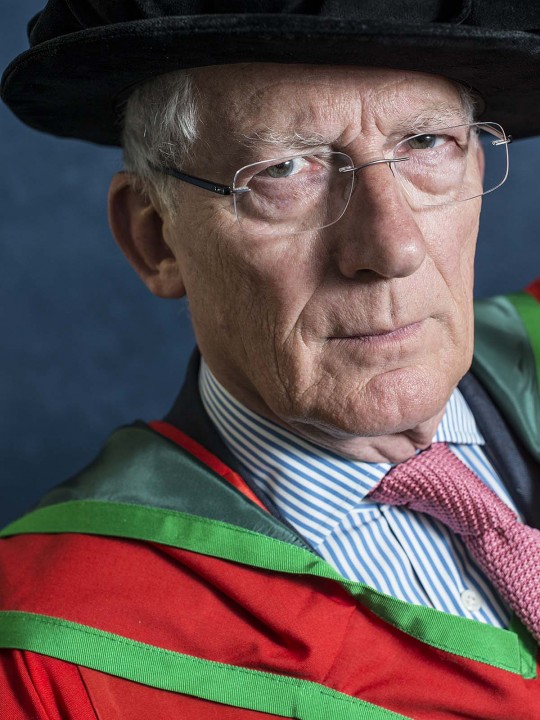 Sir Alan’s Apprentice aide was also made a Doctor of Science by the University of Ulster (DSc) for his “outstanding contribution to business development”.

Swansea University graduate and Welsh international Rugby player Jones is now an honorary Doctor thanks to his former uni for his “outstanding achievements as a rugby player” after leading the British and Irish Lions squad to victory last year.

Translates to getting doctorate for being a total alpha male.