‘It’s like a sexuality’: These students dress up as giant animals, but want to show ‘furries’ are people too

Uni is all about discovering yourself. And some people use that time of self-discovery to find out they like to dress up as giant furry animals.

“Furry culture”, or dressing up as an animal in a huge expensive ‘fursuit’, is when people express a personal animal character who also shares their personality.

It  is already huge in America and is now a growing community in the UK.

We chatted to some student furries to explain the community to the world. 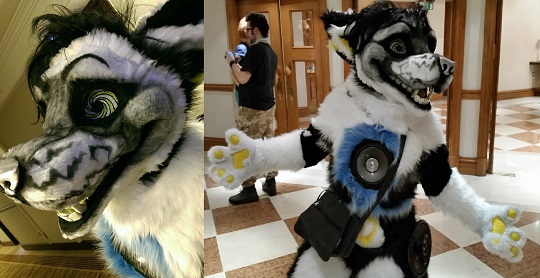 Amy, a Lincoln student, as ‘Beautyofthebass’, her ‘fursona’

Understandably, some are less than eager to chat openly about their strange and misunderstood hobby.

John*, aka Windmane, is an Oxford student who keeps his furry hobby a secret from his university mates.

“No one really knows that I’m a furry and you wouldn’t know it if you met me,” he says.

“I keep it to myself and live a normal student life.

“It’s not a struggle at all to hide it. I don’t really do anything to give it away.

“I think with any internet subculture, especially furries and bronies, there is a very strong stigma attached to it. That you almost can’t be a normal person if you are one or the other.

“I have my furry friends, but I don’t tell anyone at uni. I don’t really see the need to.”

For John, who has chosen not to show any photos of himself, life as a furry at uni can seem pretty isolated.

“Going to such a highly traditional university, having a society for furries isn’t really an option,” he says.

“I don’t know of any furries at the uni either, we seem fairly few and far between.” 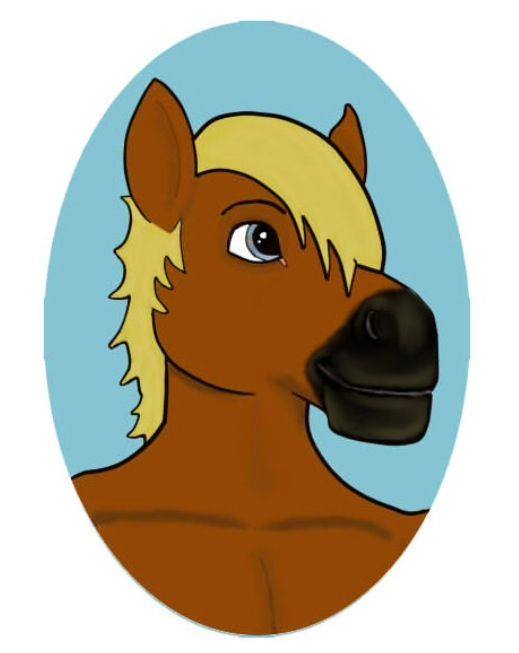 “I guess I’d best describe it as ‘being who you want to be’. That’s what it is to me, anyway. And obviously there’s an appreciation of the art… or at least some of it.

“The best way to look at it would be ‘if I could be anyone or anything I would be a horse’.

John sees his “fursona” (what furries call the animal persona they adopt when they dress up) as an extension of himself.

He says: “If Windmane is a more liberated version of me then yes, being Windmane gives me a chance to be who I really want to be.

“There isn’t really a process of becoming Windmane. It’s a bit like a sexuality, in that it’s not something you turn on and off. It’s just me.

“I never actually owned horses, but my two favourite toys as a kid were these two little soft toy horses. That, and I just think horses are very beautiful, majestic and strong creatures.”

The main reason John can hide his furry life is because he doesn’t wear a fursuit, the super expensive costumes furries wear.

“But you can get cheaper and obviously the full ones are more expensive.

“The price is basically why I don’t have one.”

Aside from the costumes, art is a big part of being a furry and some more explicit stuff does exist. 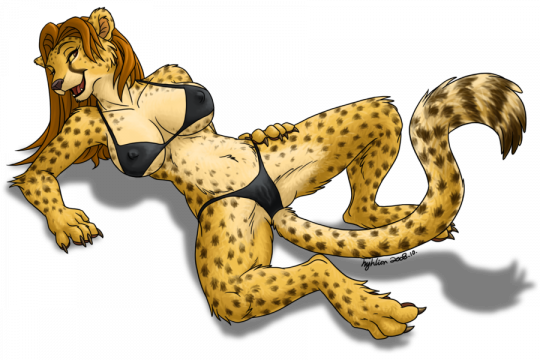 This is actually pretty tasteful compared to some of the stuff out there.

“It appeals to some furs, but for me personally, not really.”

Despite the sexual element not being a big part of his interest, being a furry has affected John’s love life.

“My current friend-with-benefits knows,” John tells us, “more by accident than by me having to tell her, but she’s cool with it.

“She found out because I joined a Facebook group on my proper, not my (secret) fursona, account, and she saw it on her news feed, I think.

“She’s fine with it, I explained it all and it’s nice to be able to share some of the fandom jokes with her, especially the ones that take the piss out of furries, just because it suits my sense of humour.”

For Amy, a 19 year old animation student at the University of Lincoln, being a furry is not only a hobby but a part time job as well.

As well as being a DJ with a residency in Quo Vadis club in Lincoln, she also makes money as a fursuit maker. 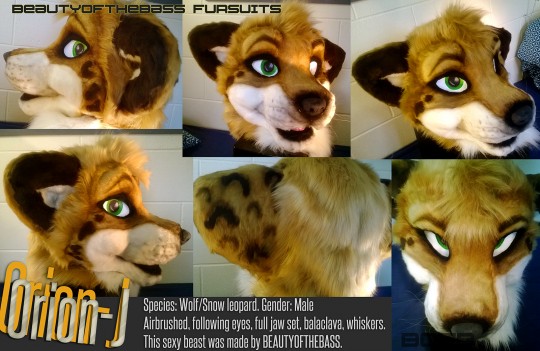 One of Amy’s furheads, which she makes and sells for around £400

“I’ve been drawing wolves, dogs and werewolves since I was young,” she says.

“I’ve always been an animal lover.

“I started posting it online and I came across a website called Furaffinty, which is the largest art website for the furry community.

“I started posting my art on there and after a couple of years I became interested in the costuming side of things. So in 2011 I made my first fursuit.

“The cost differs from maker to maker. Some fursuit makers charge extra for parts such as teeth, and claws and different eyes.

“I include everything in the price. As well as a very strong, durable head.

“I’m doing this as a part time and summer job so it’s very hard to say how much money I’ve made out of it. But if it you get quite fast at making them the profit is pretty good.”

Amy’s own fursuit cost her £400 to make, but she makes her money back through commissioning suits for other furries, charging £400 for a head and £1,000 for a full costume.

“It’s a great job to have as I get to be creative and no costume is the same,” she tells us.

“My fursuit is actually the first one ever to have speakers like that. It’s really fun.”

Amy is able to mix her job as a DJ with her furry life. Along with running a DJ and dance music society at uni, she has a residency at Quo Vadis in Lincoln.

“When I’m playing dubstep or heavy beats it gets people dancing along with you as I can act and dance with the music.”

“I actually did a dance at the club I work at on the stage one time, just for the hell of it,” Amy says, “I’m good friends with the event manager.

“People loved it! It’s very warm but people can dance in the suits. It’s very hot, but people have to get used to fursuiting. I once overdid it and felt ill for a day.”

Unlike some other student furries who are ashamed of their hobby, Amy is proud of being a furry.

“It’s something that I’m open with,” she says. It’s quite hard to explain all of it though.

“I just tell people I’m a costume maker, I enjoy going out in it, showing off and making people laugh.

“I say I’m in a community of people who like to do the same thing, that we have conventions and meet ups, get drunk and party. Most people like the sounds of it.

“I’ve never had any nasty or negative comments about being a furry.

“But I know someone that has been full on punched in the face while in her fursuit. It broke the fursuit.

“I know many people who have been threatened and put down for no reason.

“I’ve been asked if it’s a sexual thing and if people have sex in the fursuits and I say for a very small percentage it may be.

“But that’s not what the furry fandom is about. If that kind of stuff goes on, it’s a private thing.” 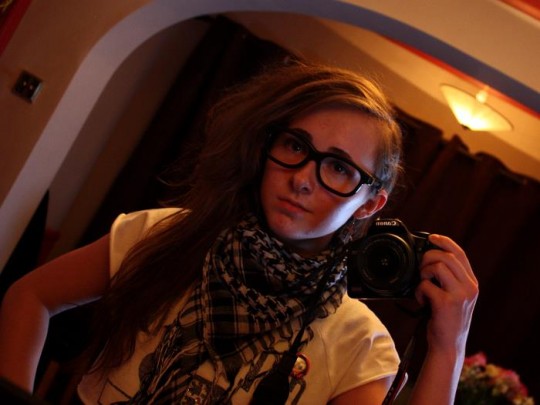 Amy out of her suit, looking significantly less furry

“It’s not sexual for me, and no way would I ever think about only looking for furries as partners.

“To be honest I think it’s a little strange when people only look for furries. Furry is a hobby for me, not a lifestyle.

“I do have a boyfriend now and he saw me in fursuit before we were going out because he also works at the club. He thinks it’s really cool and it doesn’t affect the relationship at all.

“He actually wants to tag along to a furry meet or even convention one day.”

Some students do find love through their shared love of fur though.

For Jade Read and Michael Ingram, both furries and students at University of East London, sharing a hobby so many people view as weird has brought them closer together. 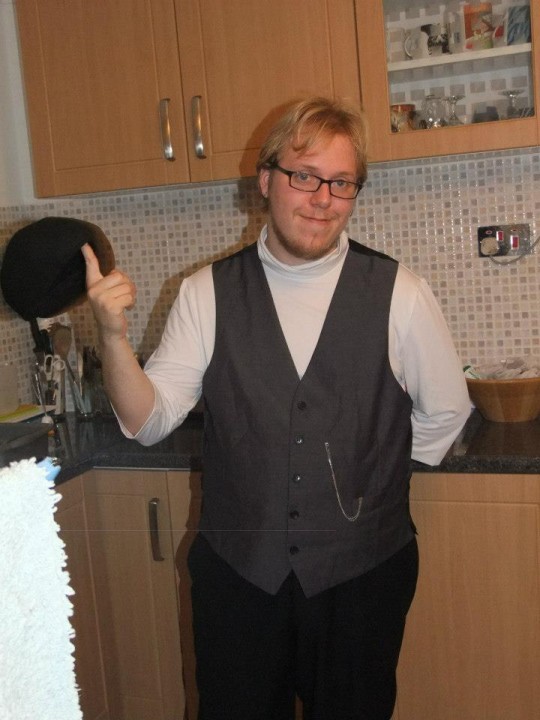 Michael aka Ezekiel aka Zeke

“My boyfriend didn’t know what a furry was until recently,” Jade told The Tab.

“But with me, I think at heart I always knew that I belonged with them but was scared of going ahead and actually becoming one, if that makes sense.

“One of the reasons I was scared was because of the ridiculous stereotyping that comes with being a furry.

“I was afraid that people would throw me in with the typical stereotypes associated with furries.

“Also, if I’m honest, I felt a little intimidated because I didn’t understand it fully.

“But once I got to know a few furries I kind of got to understand better what it was all about.”

Jade, who studies creative writing, has an alter-ego or “feathesona” of a peregrine falcon called Azure.

“The headphones are to show my love of anything music based, and a bird seemed to be the correct animal that fitted me in terms of personality matching,” Jade says. 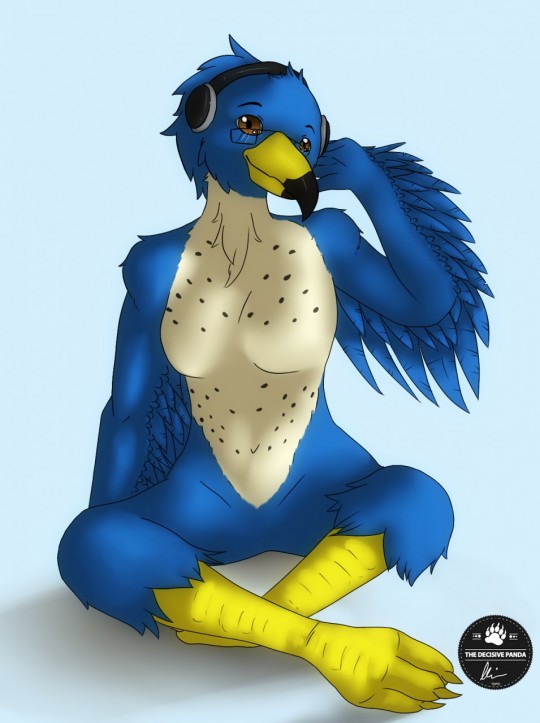 Michael’s fursona is a tiger called Ezekiel. “He’s a tiger with two wings,” he says.

“I made his personality to match mine actually, so he is no different to me except for being an animal.

“I also gave him colours to represent my past and present. When I was younger I wasn’t very nice due to my own personal problems, but I’ve changed.

“For that reason I designed my fursona to be half demon, half angel to represent what I used to be and what I am now.” 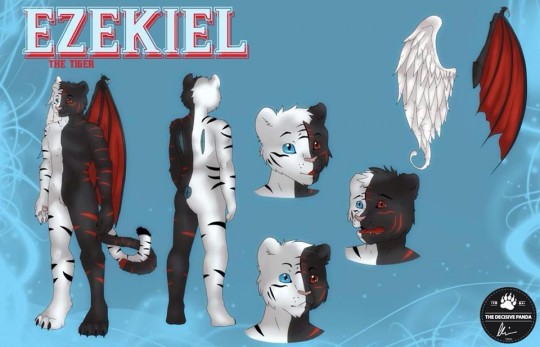 “I do get a few little bits of ridicule now and again but I mostly ignore it, honestly.

“I think that, like most things, everything has a few people who ruin it for everyone. Plus, if something is different it is only human to pick on someone for being that different person.

“Don’t get me wrong, some furries can be questionable but the ones I have spoken to are welcoming and friendly.” 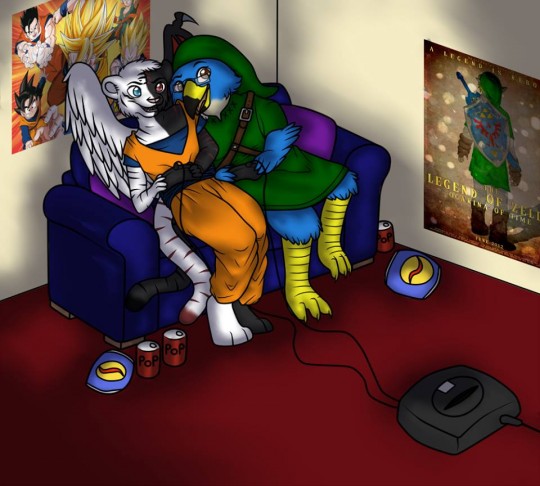 The sexual element of being a furry doesn’t appeal to Michael or Jade, who calls it “questionable content”.

But she says: “It doesn’t bother me, really. If people are like that then that’s up to them.

“Me and my boyfriend are both open minded anyway. Being furries hasn’t made a difference sexually but relationship-wise in general it gave us something to bond over and do as a couple.”