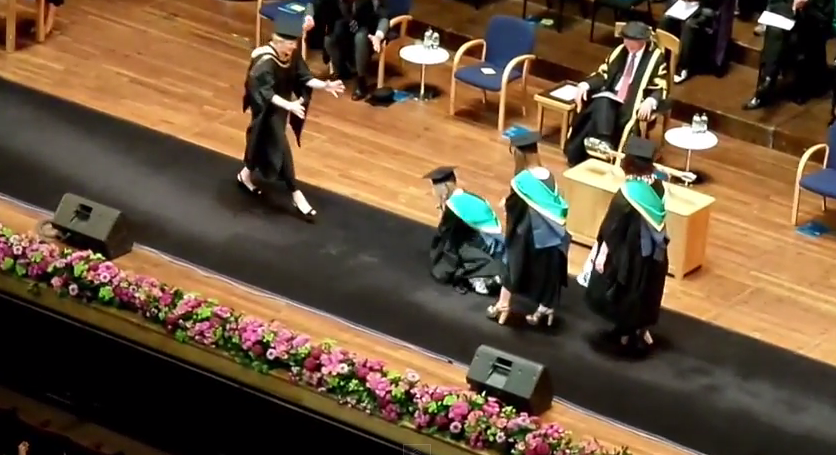 She must be wishing she’d worn flats instead

A student from Trent learned the hard way that pride comes before a fall, after her RIDICULOUS shoes caused her to fall over on the stage in front of hundreds of people.

Graduation is meant to be the proudest day of a young person’s life, but the unidentified girl was left with a bruised ego after collapsing dramatically just yards away from the all-important ceremonial handshake.

Wearing what can only be described as space-age platform wedges, the girl’s confident stride across the stage begins to go badly wrong when she fails to properly plant her left foot.

Despite her best efforts to regain some balance, the graduand is powerless to resist the effects of gravity and swiftly collapses to the floor. 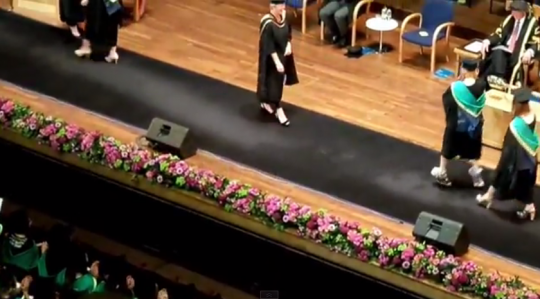 Wait for the drop: the student’s left foot begins to buckle

Thankfully, she is able to pick herself up for the all-important handshake, before being helped down the stairs by a fellow student. She even seems to see the funny side, laughing as she leaves the stage.

Her fall is a fitting reminder for students everywhere that graduation footwear should always aim to be modest and tasteful, even if it does mean that you’ll be a bit shorter. 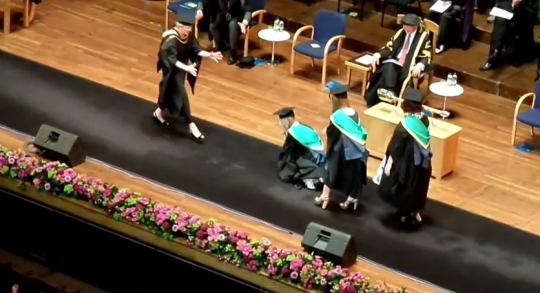 People didn’t know whether to laugh or cry

Tab footwear expert Rachel Donald, who has also graduated from a university, said: “The only explanation for wearing shoes as horrible as those is that she’d already fallen on her head that morning”.

The video, posted online last weekend, has already been viewed over 2,000 times. As is often the case, the reaction of YouTube commenter “teppu nG” sums up what we’re all thinking: “Best fall hahaha”.