Why is everyone so obsessed with secret things?

We live in a world obsessed with social media, Wikileaks and 24 hour rolling news.

A country with the most CCTV cameras per person in the world.

A society so beset with recording every detail of life that you can’t even suck off 24 guys on in a bar for a free drink without it going viral any more.

It’s no surprise that there is a growing “secret” scene, a reaction to the know everything, no privacy world we are part of.

Everywhere you look there is somebody in a shadowy corner offering to make you part of something new, something hidden.

Secrecy has become nothing more than a way for people to think they’re escaping naff, over-promoted night life. But it’s just a cheap trick, and everyone’s buying into it. The secret is out and it’s getting boring. 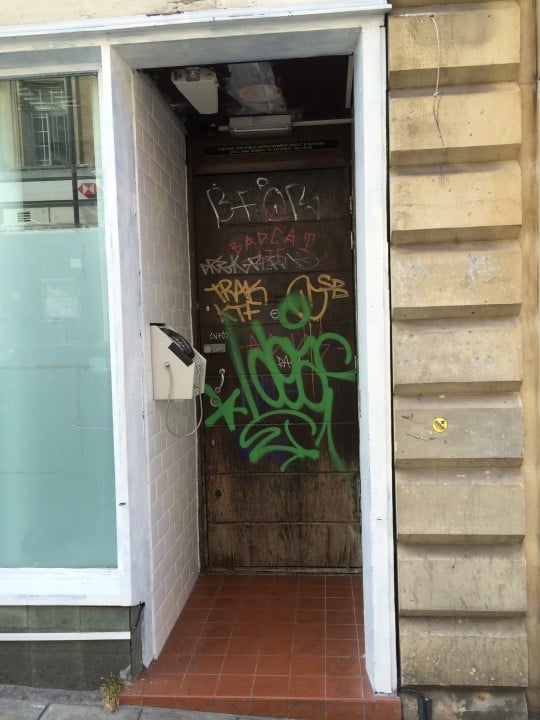 As you stalk your town centre on a Saturday night you may miss them.

Camouflaged in the grey concrete of your nearest city centre will be a secret bar.

A few years ago, the only unadvertised door you’d be knocking on belonged to a massage parlour, but now you’re more likely to find a spread of overpriced spirits than spread legs.

Inside you’ll be stuck by smartly dressed staff, clip-on braces, side partings and the aroma of spilt gin and leather furniture.

Cocktails are served by a “resident mixologist” and if you insist on a beer there’ll be an imported Belgian pilsner for you, but you’ll be no worse than the sort of person that orders chips and an omelette from a Chinese restaurant. 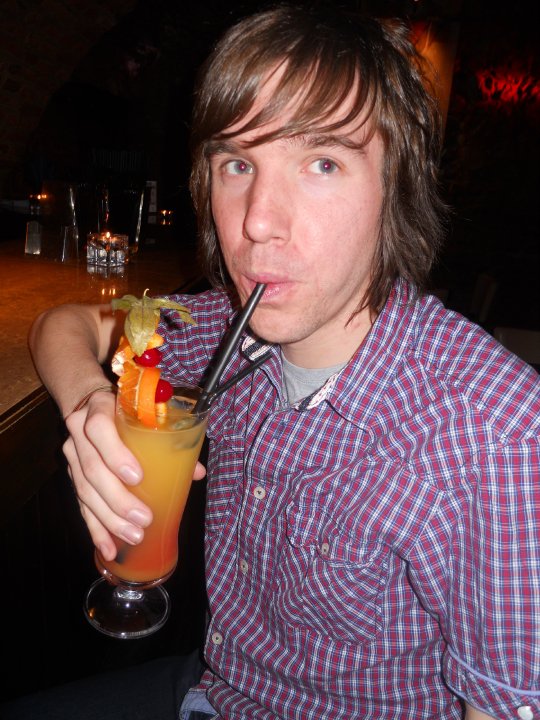 WARNING: Cocktails will not make you look an extra in Mad Men

Can it be that secretive when the clientele varies between the middle-aged foodies, awkward young couples and those gaudy burlesque fans?

The dimly lit, faux-prohibition experience offers an alternative to the hustle and bustle of regular nightlife, but it just feels false.

For all the secrecy, mixology and chaise lounges the vibe is less Al Capone than it is Nandos with waistcoats.

Secret bars are no more secretive than Fosters is Australian.

Sadly, for anyone who’s been in a kebab shop at 4am, alcohol is not illegal, there’s no danger inherent in drinking, besides cirrhosis or covering UB40 at karaoke. 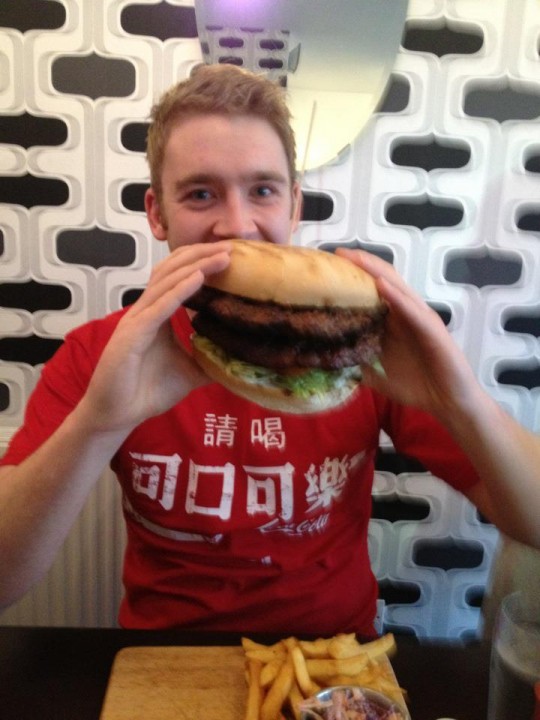 Secret menus are the unofficial menus at major food and drink chains.

The artery clogging menus are based on the pre-existing ones and involve combining the ingredients from two separate items.

They’re so inconspicuous that BuzzFeed have written an article about them.

And, like all our worst imports, obesity, gun crime and vests as respectable clubbing attire, they originate in the United States of America.

Secret menus are for the type of person who watches M&S adverts as foreplay and refers to themselves as a “foodie” in their Twitter bio.

Whilst cool names like “liquid cocaine” or “monster mac” may make these meals sound exotic, they’re nothing but a spurious hobby for the bored and greedy. 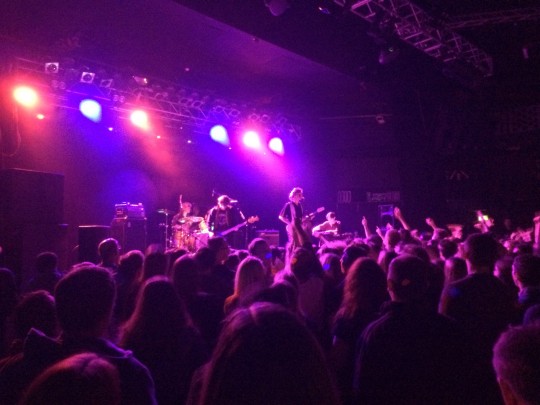 There was a time a decade or so when you’d open up the NME to be greeted by photos from another Libertines guerrilla gig in a pub, as this caught on you’d see any number of terrible bands playing their awful brand of indie in progressively more stupid venues.

Guerilla gigs, much like The Libertines themselves, have had something of a renaissance this year with acts like Prince announcing last minute shows around the UK.

Needless to say this trend will probably continue into 2015, hopefully culminating in One Direction playing an ill-fated guerrilla gig in the Gaza Strip. 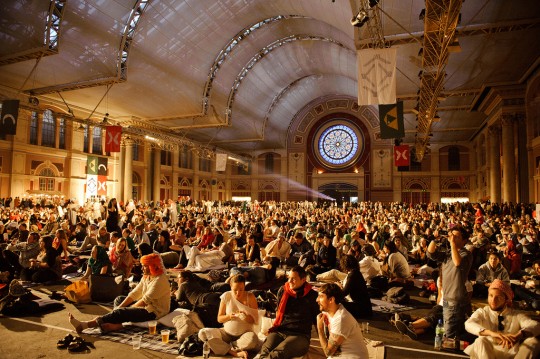 Want to watch a film in an abandoned warehouse? Of course you do.

Much the same as “secret” raves, this is a gathering, in a secret location where the cultured go to watch a film.

It’s an interesting idea, and definitely a new way to appreciate film – the next movie they’ll be showing is the legendary Back to the Future.

I’d give you more information but I think you’ll find all you need from the suspiciously well written and all-encompassing Wikipedia entry.

Yes, they are secret enough to have a Wiki entry. 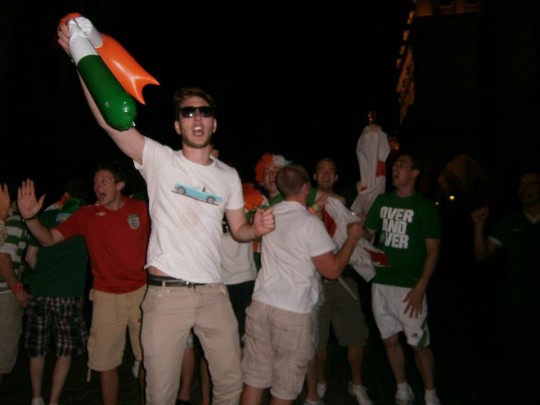 Rave culture flared up in the nineties thanks to local councils increasing costs and passing bylaws to make it harder for organizations to get licences.

“Secret” culture, however, is an idea dreamed up by conceited ad agencies.

There’s a growing number of legal, licensed events in the UK that market themselves this way – by secret they mean they will only release the details of venue at the very last minute, and by last minute they mean about a day before.

Secret Garden Party is the worst kept secret among young professionals, and there’s nothing rebellious or underground about Underground Rebel Bingo Club, a chained event for teenagers that hosts blowouts in five UK cities and four countries.

Events such as Hot Since 82’s Taken with its impressive (and very public) trailer are taking it to another level – and transporting revellers to unannounced locations.

All of sudden secret sells, in the same way having a TOWIE cast member at a boothed nightclub has done for some time now.

So now we’ve ruined secrecy, what’s next? The shit club movement has begun in your nearest market town. There’s no dress code or shock announcements and you take as many photos as you like. 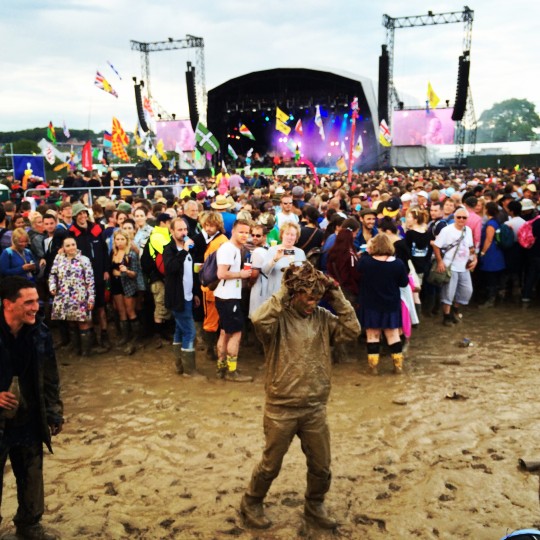 Do you get sights like this at your secret warehouse gig?

Secrecy is brilliant, it gives you the chance to write whatever you want in the comments box below, and the incognito window saves you a potential red face when somebody starts typing into Google on your laptop.

However secrecy is becoming nothing more than a gimmick, a marketing tool – anything with a website is far from mysterious.

Going out to clubs, to gigs, to eat is a social activity and there’s no need to keep it on the down low, especially when you’re only going to Instagram a picture of it the next day. Fuck the secrecy, just go out and be sociable.