In November last year I had hit rock bottom. My life had become incredibly boring. There was no excitement, adventure, spontaneity. I needed to get a life. But I didn’t know how. However, late last year, by a stroke of luck I accidentally stumbled across the tool that would change my life forever. A friend of mine invited me to the dogs for his birthday, and suggested buying cheap tickets on this website called Groupon.

So I went online and discovered this Narnia of discounts, this other world of weird and wonderful activities. And I resolved in that moment to do something new from Groupon every week for a year and to see what happened. How would it change me? I have been blogging about it ever since. I’ve done all sorts: I’ve visited a psychic, I’ve been to a graffiti workshop, and I bought this puzzle of my own face: 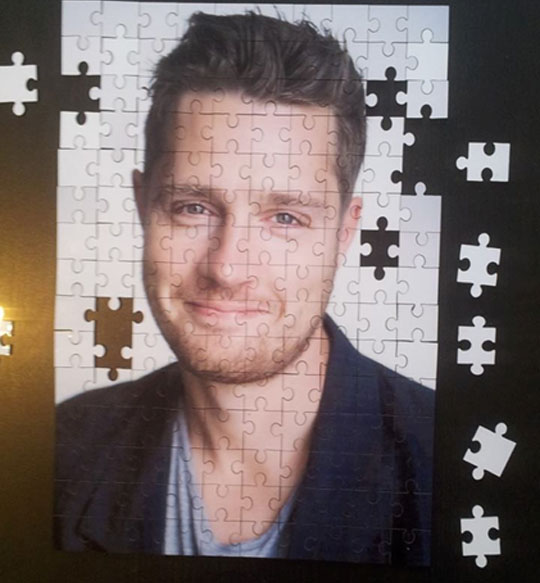 And in January I underwent colonic irrigation. And it was the worst day of my life. I will be surprised if I am ever more embarrassed than I was that day at Acqua di Acqua in High Barnet. I went alone. Believe it or not, it’s actually quite hard to find a buddy to do colonic irrigation with you. I mean it’s not an easy sell, “Hi mate, what you up to this arvo? Fancy having your anus flushed out?”

It was so easy to sign up for, just a few clicks of a mouse, and so I hadn’t really considered the consequences. I was going to have gallon after gallon of water pumped into my intestines by a stranger, using a tube inserted into my rectum. In doing so, 26 years of food debris would be disturbed and flow out of my arse, and then run past my head in a transparent tube like some sort of faecal Generation Game.

I had thought of hiding some stuff up there, you know, to surprise the therapist. Something like a small plastic dolphin, or a message in a bottle, with the message “Let me out!” Or maybe my keys? Then when they flowed down the tube I could loudly proclaim “So that’s where they were!”

On the morning of the colonic I was totally dreading it. I am ashamed of my bum-hole. It’s hairy, dark and prone to sweating. Like a badger in an airing cupboard. For some reason I have this weird suspicion that my bum-hole might be worse than everybody else’s. But then I thought, “Hang on! IT’S THEIR IDEA TO PLAY AROUND WITH MY BUM-HOLE! Not mine. I haven’t forced it on them: they want to see my bum-hole!

And anyway, I am probably making a big deal out of it: they must have seen a million bum-holes in their time. Because everyone’s got an arsehole. (Apart from women, they just have a smile down there). The point is: an arsehole is natural. And, what’s natural should not be a source of shame. So off I went.

The clinic was on the first floor of a LA Fitness gym. It was further from the station and I got lost. I asked a lady where LA Fitness was, she then immediately said “Oh you’re not having a colonic are you? They do them there you know!” I reassured her I wasn’t, “Oh God no! A colonic! How embarrassing! No, I’m here for Zumba.” She gave me directions and I arrived just in time. That’s where the indignity started. 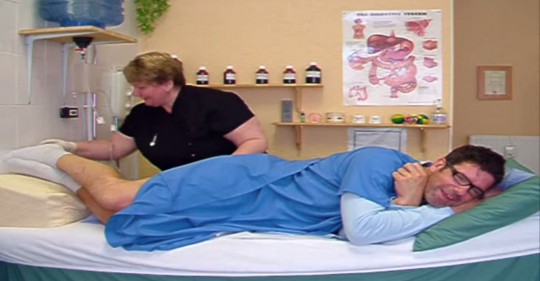 You can leave your socks on: this is what getting a colonic looks like.

I was handed a form to fill in. At the top was the usual name, address, phone number stuff. And then there were some more personal questions, including: “How would you describe your stools?” To which the answer is “through the medium of dance”. If my shits did internet dating they would describe themselves as “Shy but outgoing after a few drinks”. But there wasn’t a box for that, it’s almost as if they hadn’t considered poos going dating. The only options were:

I didn’t answer. A lady sat opposite me in the waiting area caught me dithering on the question. “I put fat sausage!” she said proudly.

My therapist, Katerina, a beautiful Polish girl, came over to me in the reception area: it was my turn. She showed me to the room and shut the door. There were three rooms in total, all linked to the small reception area. She explained to me that we all carry around 8kgs of waste in our colons, before emphasizing “Which is the equivalent to a large cat”. A cat’s worth of shit, or 5 hamsters, or 3 thousand butterflies.

The bed itself was plastic and shaped like a pedalo. Around halfway up was a stiff plastic tube. “What you need to do is lube up the tube with this, and insert it into your anus. When you’re done ring the bell.” This is going to sound mad but I was delighted at this news. I thought she was going to stick the pipe in for me, but now I was saved from this embarrassment. She left and I got undressed from the waist down. With the tube up my arse, and a white towel concealing my offal, I called her back in.

I had never felt more exposed. Here I was with a tube up my bum, my legs astray and elevated, with a Polish woman about to fill my intestines full of liquid. She had her hand on the tap. “Ready?” she said. I nodded and she turned the tap on. “When you feel cramps in your stomach I want you to push” she said, looking me straight in the eyes. “Like when you go to the toilet”. I couldn’t feel anything yet. “Push!” she ordered. I did my best.

Can you imagine having a beautiful Polish girl watching you make your constipated face? Nothing was happening. I tried to make small talk, “So do you live round here?” She ignored me, and turned the tap back on. She seemed genuinely worried at this stage, baffled by how much water I could take in my arse without feeling pain. I was growing worried too, “Are you sure it’s in?” I said. She nodded, and said “Yes, it is very deep”, in a tone of voice that suggested I’d done it on purpose. 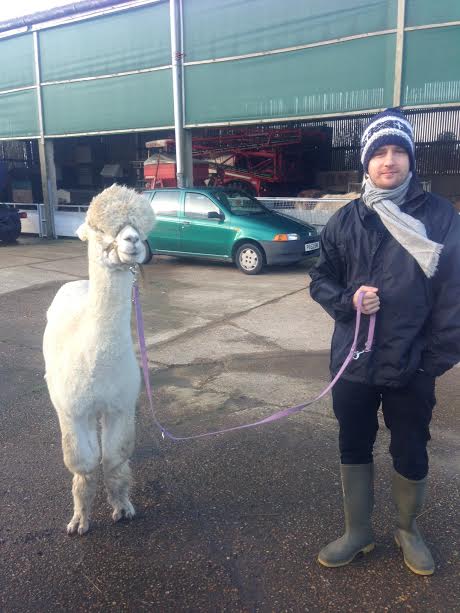 Now I could feel the cramps, like I’d done too many sit-ups. “I can feel it!” I said, absolutely delighted. “Push! Push!” she bellowed. And I really tried, but nothing was coming out. I really felt like I was letting her down. I felt embarrassed that I couldn’t shit myself in front of this gorgeous girl. “Sorry” I said. “Maybe if I go you can relax?” she said, and left the room with the tap on.

I got the hang of it eventually: you wait to be filled up to the extent that you cramp, and then you contract your diaphragm, pushing the water out of your arse. So what does it feel like? Well, I’ve never been bummed but a colonic is like being bummed by a sea whilst simultaneously taking the biggest shit of your life. It feels a bit like giving birth to a wet ghost from your arse. Sometimes so much water goes in that you feel like vomiting, as if you are about to turn into one of those cherub fountains where water goes in your bum and straight out your gob.

She came back in. Something very strange had happened. I had gone from being initially terribly embarrassed, to feeling like I was letting her down, to now being proud about what I was getting out of my arse. It was weirdly satisfying, weirdly competitive. She was stood at the end of the bed smiling, talking to me whilst I was visibly and audibly shitting myself. ”Well done!” she congratulated me, obviously impressed. “What have you seen? Toxins? Lumps? Gas?” “Bit of everything”, I said, barely containing my excitement. I was showing off now. The thought genuinely crossed my mind: maybe I could ask her out? Then I did a massive fart and thought better of it. The enjoyment wasn’t to last much longer though.

Katerina could see I was having fun, so she left me to it, but not before opening the window slightly to help with the smell. However, the window made the room very drafty, and the door blew open, meaning that everyone in reception could see directly up my arse. Luckily it was empty (reception, not my arse). I began ringing the bell like mad, terrified but grateful for my lucky escape. But suddenly someone came into reception. It was the woman who had given me directions. AT THIS STAGE I WOULD HAVE HAPPILY SHOT MYSELF. She stared at me, I stared at her, panicked and just said “Errr…Zumba was full?” Suddenly Katerina comes to my rescue, slamming the door shut. And I begin to sob.

Max Dickins is a comedian and writer. You should read his blog and  listen to his podcast, Dregs.