Was Elizabeth Raine’s ‘virginity auction’ the first great artwork of the 21st century?

After Elizabeth Raine backs out of sleeping with the highest bidder, experts suggest she may have been critiquing patriarchal social media.

Elizabeth Raine, 28, pulled a sudden u-turn just as bidding closed, prompting onlookers to accuse her of operating a scam – or simply refusing to sleep with the highest bidder because he was too ugly.

But the American claimed she was talked out of it by friends after a storm of publicity. On her blog she explained: “With the blessings of my management and the high bidders, I have decided to put a stop to this kerfuffle (to describe it nicely) and return my focus to my medical training.” 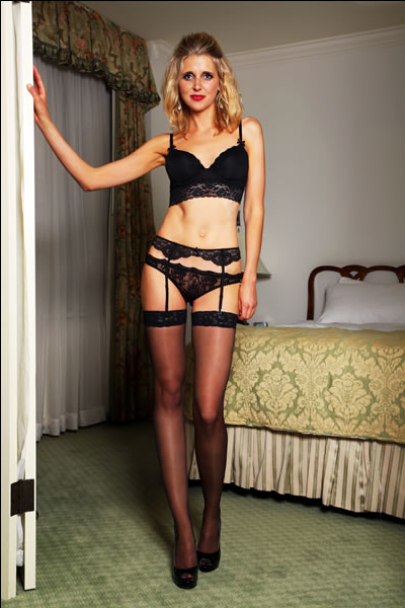 Now a growing body of avant-garde art critics are suggesting Raine may have pulled off the first great artwork of the 21st century, by highlighting the perils of a woman selling her body via social media in 2014.

Tab art critic Matt McDonald explained: “In an age where we are judged and reduced to simulacra by the online and social media, Raine has highlighted the difficulties of being a woman living by her own decisions.

“Admittedly, it does look like she was just ripping off desperate old men for their cash, but isn’t that what art is for?”

His colleague Alexander Whyte agreed: “Morality and principles have literally no place in art. It’s about getting cash and not shagging weirdos.”

To bid, the medical student required interested men to pay a non-refundable fee of $100 via PayPal.

The winning bidder, announced on Wednesday, would then wire-transfer his amount into a trust fund set up by Raine. To prove she wasn’t a scam, she would only require payment after sex. 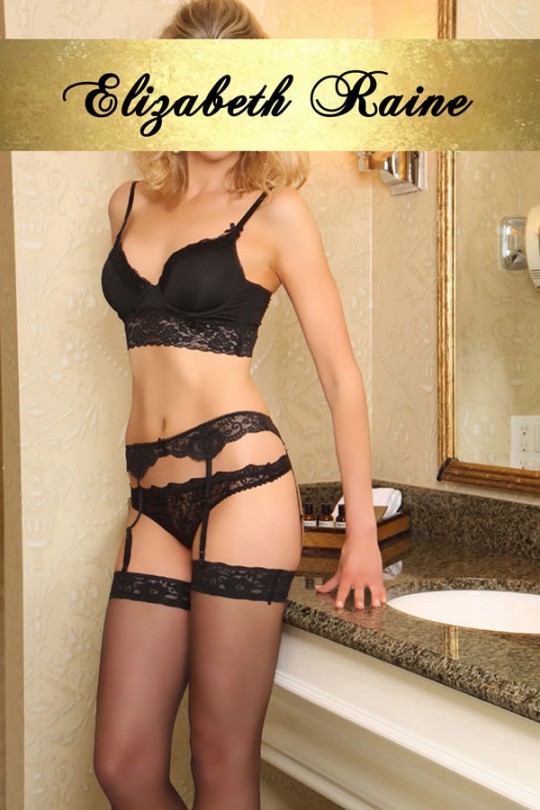 Not a selfie, maybe her Dad took it

In a blog post today the student said that she won’t fulfill the terms of the action, which included a mammoth 12 hour “date” with the top bidder, because she wants to focus on her medical studies instead. 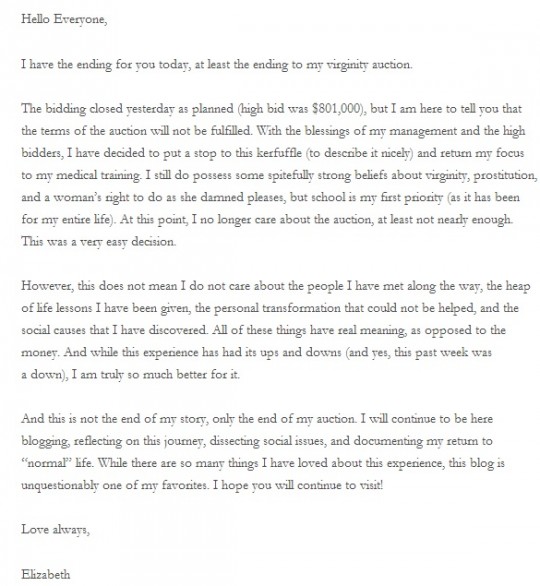 Writing “I want to put a stop to this kerfuffle”, Raine said “I still do possess some spitefully strong beliefs about virginity, prostitution, and a woman’s right to do as she damned pleases, but school is my first priority (as it has been for my entire life).”

Claiming that she no longer cares about the auction and that it was a “very easy decision” to bow out, Raine had recently changed her motives to selling her virginity online.

Back when she launched the auction in March, Raine said that she was attracted to the idea because of the adventure, eroticism, and scandal it promised (along with the money of course).

Now writing that it’s “no longer about the money”, the medical student says that the auction is now an exercise to expose the patriarchy our society hasn’t left in the past. 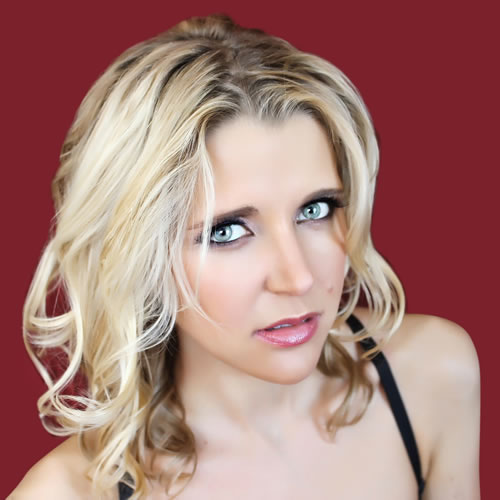 Raine was also concerned that her business venture would see her thrown out of university if she was exposed as the ‘Med school virgin’. 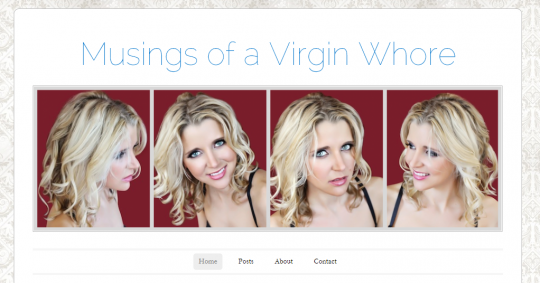 Moving ahead, Raine blogs that she’s thinking of changing the title to her blog “Musings of a Virgin Whore”, and tries to keep everyone guessing by ending “P.P.S. I hope you are not too disappointed, I do realize this is another virginity auction stopped short. Honestly though, having tried it, I think there is always going to be something. I will be discussing this further in a later post.”

We’re all on the edge of our seats, I’m sure.