Is your prof up for it? One in five students have had “sexual contact” with their lecturer

Ever wish you had the chance to flirt with that fit lecturer on your course? Some students have actually done it.

Whether it is the tightness of their trousers, the colour of their tie or the way they design their PowerPoint slides that does it for you, we all have that one lecturer we’d willingly spend the night with.

Now a survey has revealed two thirds of us have flirted with our lecturers, and 19% have in engaged in “sexual contact” with them.

The research, carried out by casual sex site ShagAtUni, found Sussex was the university where students were most likely to sleep with lecturers, followed by Edinburgh and Cardiff Metropolitan.

ShagAtUni questioned 1,773 of its members in a bid to expose the dirty secrets of student/lecturer sex. 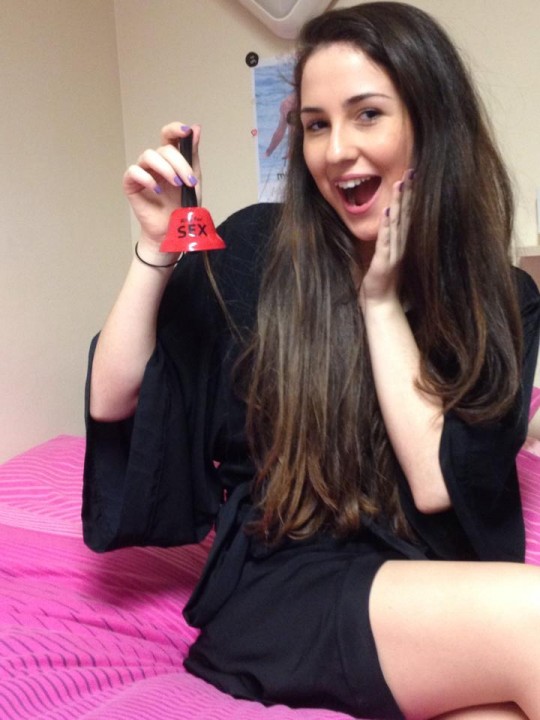 The poll also exposed the country’s kinkiest lecturers based on which uni they belonged to and the subject they taught.

Creator of the website Tom Thurlow said: “Everybody knows at least one student who has been attracted to a lecturer at their university, so why should it be so shocking to find out that relationships are formed when lecturers also develop these feelings towards their pretty, young students?

“Yes it might be controversial and frowned upon to engage in a student/teacher relationship, but if we are talking about two willing and consenting adults, no damage is really being done.”

Respondents were asked whether or not, during their time at uni so far, they had felt any sexual attraction toward a lecturer – and over half said yes.

Of the respondents that confessed their sexual attraction, 61% also admitted to indulging in “flirtatious behaviour” with their desired lecturer, and a staggering 19% said they had exceeded the flirtatious stage by engaging in sexual contact (which bizarrely includes hugging) with the lecturer in question.

The results exposed students at Sussex Uni as being the most likely to engage in sexual activity with their lecturers, with 14% of them admitting they were likely to act upon their deviant temptation. Students at The University of Edinburgh closely followed with 12% and 10% of those at Cardiff Metropolitan Uni.

Meanwhile, a measly 2% of students at De Montfort University confessed to ever acting upon their student/lecturer fantasy. 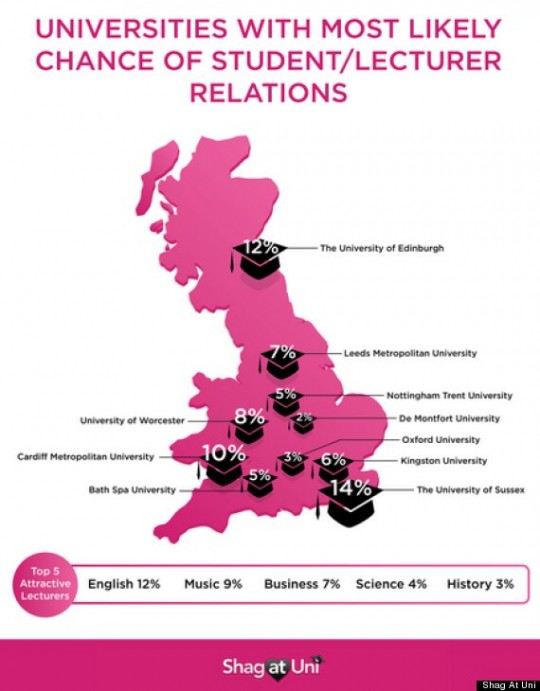 Strangely, 12% of respondents found English lecturers as being the most desirable whilst a miserable 3% were attracted to History lecturers.

Thurlow responded to these results by saying: “The fact that English teachers emerged as the most likely to develop sexual feelings or relationships with their students certainly makes sense if you consider the fact that those who teach English are likely to be well-read and able to recite romantic poetry to their students at the drop of hat. Who is going to be more attractive to an 18 year old student than someone older and in a position of power?”