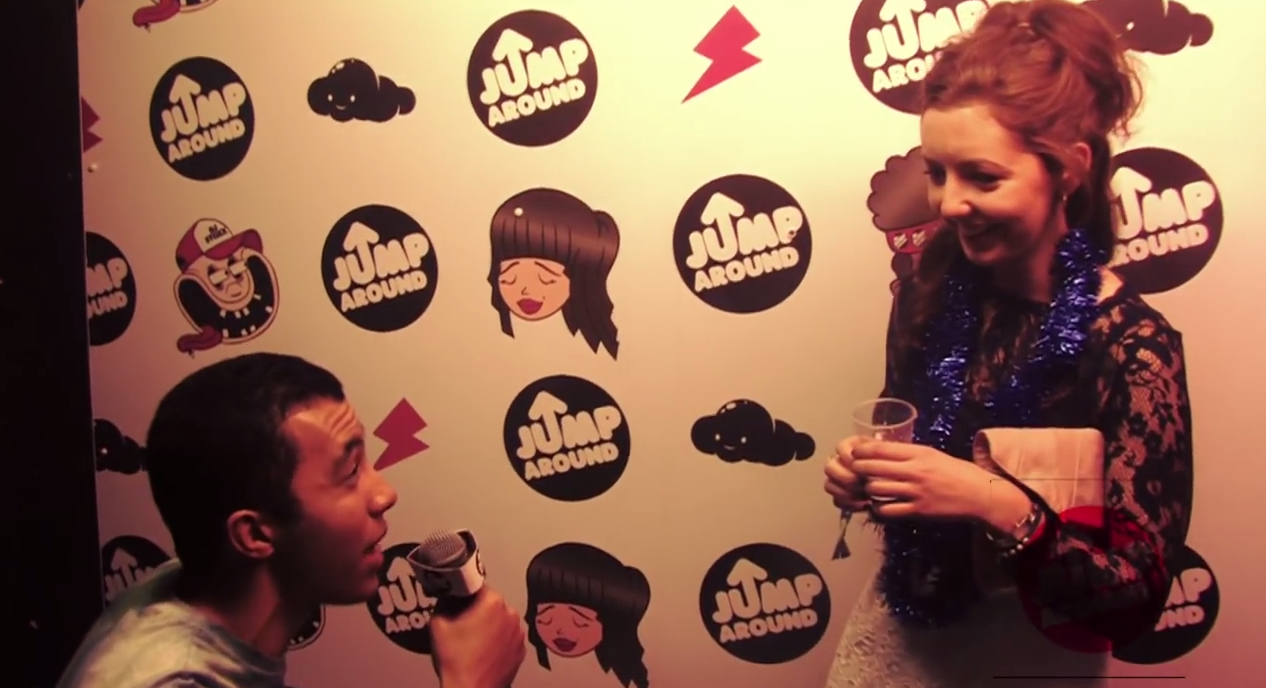 The student who’s rejected proposal gained internet fame has told reporters it was a “joke”.

A student has reached internet fame this weekend after proposing to his friend in Plug. He was met with nothing but silence.

James Bailey was caught on camera by Plug on Thursday getting down on one knee  to Sarah Iley. He has since claimed the proposal was a joke. 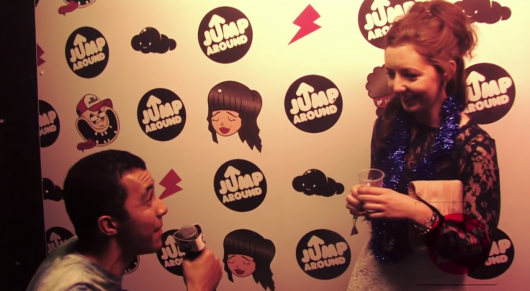 The shocking rejection, filmed by Plug’s JumpAround TV crew, shows James Bailey getting down on one knee in front of a shocked Sarah, and saying: “The last two years have been amazing. I just wanted to know, will you marry me?”

The question was repeated to fear-paralysed fellow student Sarah Iley quite a few times before it was obvious there was nothing to say.

James storms off and Sarah is left standing alone while the rest of the club wail along to ‘That’s what Makes You Beautiful.’ 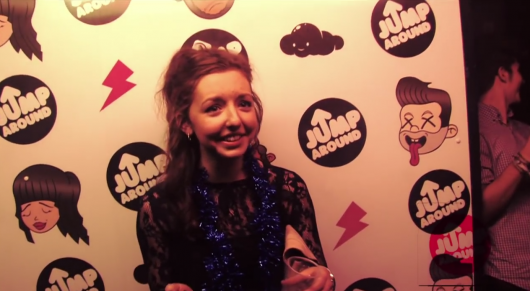 James Bailey and Sarah Iley are both students at the University of Sheffield sharing a flat together in Endcliffe Village. 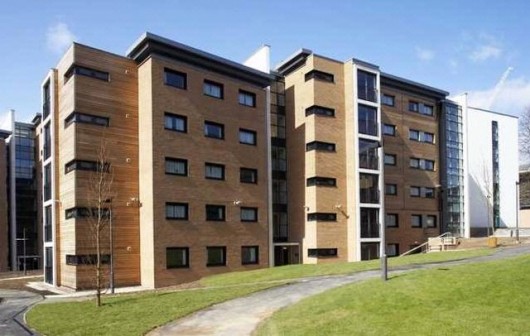 Bailey and Iley share a flat together in Endcliffe Village.

The video, uploaded to YouTube, has already racked up more than 42,000 views in less than a week, and was uploaded to reddit last weekend weekend.

The shocked fresher was very good-humoured about the event. She found ‘most of it quite funny’ and will not be taking Bailey’s proposal to heart.

James told reporters “It was a joke. She’s just my housemate. I said, as a joke, ‘why don’t I propose’. I wasn’t serious.”

Bailey also wanted to affirm that it was an act the star-crossed housemates planned together. “I went down on one knee, she pretended to be shocked, I pretended to storm in a huff and I think everyone sort of fell for it.” 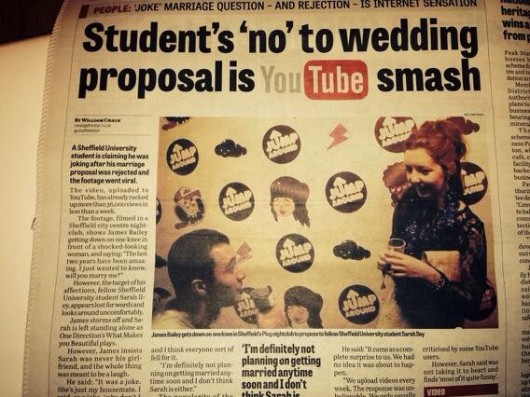 The viral video gained the attention of local newspapers.

The cringeworthy moment was captured by the camera-team at Plug Sheffield, who were taping the student night. Plug’s promoter Neil Midgley said “we upload videos every week. The response was unbelievable. We only usually get about 800 or 900 views, but before we knew it this one had passed 10,000.”

The pair have no future commitment plans. Bailey said “I’m definitely not planning on getting married anytime soon and I don’t think Sarah is either.” 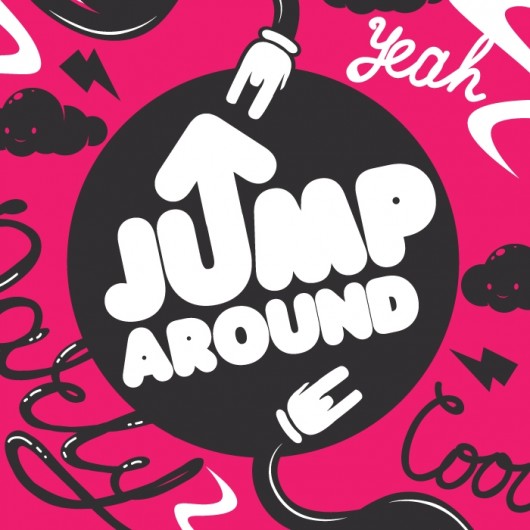 Jump Around at Plug, an infamous hotbed of hormones.

On the other hand, one commenter wrote “guy’s a dumbass for doing this in a club.”

“I think that dudes, got such a sexy deep voice, mmm…” commented youtube user jamesbailey.