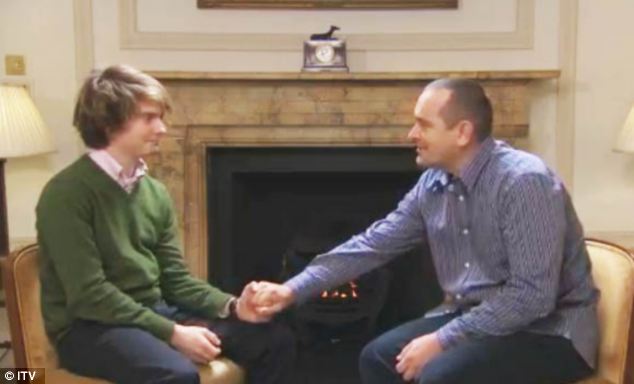 Second year Bristol student Will Pope was saved by a heart transplant on New Year’s Eve last year. Almost a year on he’s met the lifesaving donor’s father for the first time.

A Bristol student and heart transplant recipient has come face-to-face with the father of the dead man who saved his life.

Last Christmas doctors told Will Pope he didn’t have long to live and would die unless they could perform a heart transplant. 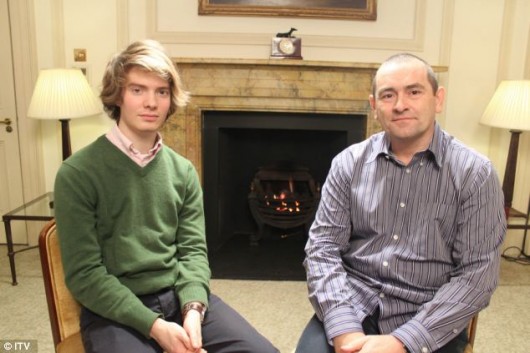 Will Pope (left) and Steve Ince meeting for the first time

But after receiving a new heart from car crash victim Tom Ince on New Year’s Eve, he made a brave recovery.

Now in an emotional meeting, to be screened on ITV tomorrow evening, Will has thanked Tom’s father Steve for saving his life.

Their encounter followed months of internet contact and intense therapy sessions designed to help both parties deal with their intense emotions.

Will said: “I wanted to tell Steve that what his family did shows that humans are inherently good, because in his moment of loss he was able to do what his son wanted.”

“I have been told that I didn’t have long left. I saw a couple of close friends recently and they saw me the day before Christmas [last year] and they said how difficult that was, and how scared they were because it just didn’t seem like I would make it.” 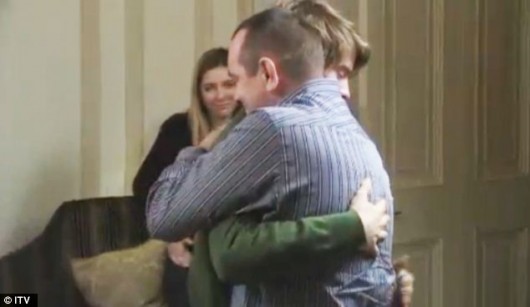 At the time of the transplant Will knew neither the age nor the gender of the donor, but has since learned that the heart in his chest belonged originally to 20-year-old Bristol local and apprentice electrical engineer Tom Ince.

Tom was a chorister, former scout and keen kayaker who lost control of his car and crashed in the early hours of New Year’s Eve. 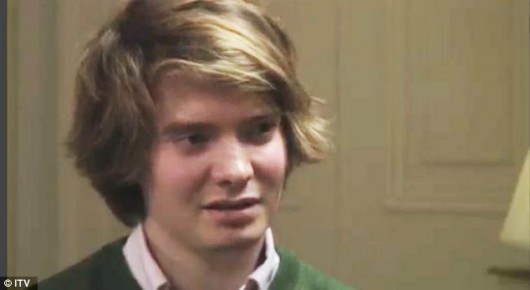 Intense: Therapists prepared all parties before the meeting

At the meeting, Steve asked Will: “What’s it like to wake up in the morning and be able to walk out the door?”

Will replied: “It’s amazing. I can’t begin to express just how amazing it is what you have done.”

“I feel like I owe it to Tom and to you, and to everyone who has felt his loss, to kind of earn that gift.” 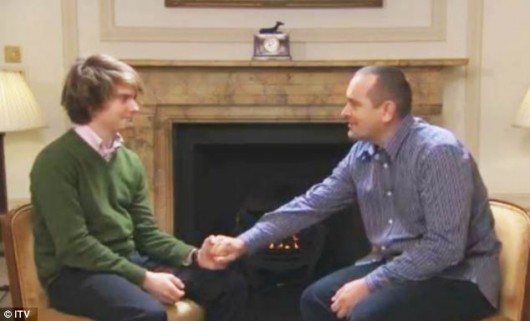 Since his transplant Will has lived up to his promise, juggling vast amounts of charity work on behalf of those around the country who are still in need of donor organs with the demands of being a second year Classical Studies and German student.

After spending last Christmas clinging to life in intensive care surrounded by his closest family this year he has released his own charity single in collaboration with singer-songwriter Mary Spender.

You can buy the single, called Willpower, on itunes here.

In March 2013 Will also organised a charity concert at which his father appeared on stage, strumming a guitar with celebrity comedian Rory McGrath. 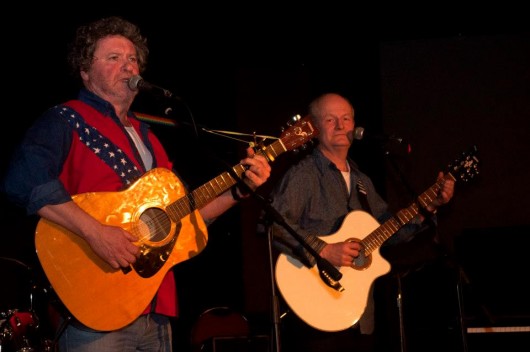 The money raised by “Will’s Fund” currently stands at £16,000 but Will’s campaign isn’t just about raising money, he’s also hoping to raise awareness of the importance of signing the NHS Organ Donor Register which you too can sign up for here and you can sign a petition urging the government to switch to an “Opt-out” system of donor consent here. 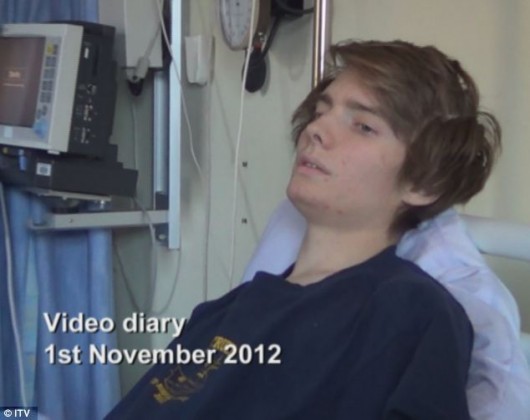 Will pictured two months before his transplant

Writing for The Tab Bristol shortly after the transplant Will’s friend, Natasha Isaac, said: “Will and his family are so grateful to the students who’ve helped spread the word. When Will spoke to me through his tracheostomy valve a week before his transplant he couldn’t thank everyone enough. ‘It’s so important’ he repeated.”

Steve’s story reveals many of the harsh difficulties that the families of organ donors still face despite the hard work or campaigners such as Will.

Almost a year ago Steve received a devastating phone call in the early hours of the morning: “It was the police to say that Tom had been in an accident.”

“I think the first question I asked was, “Is he alive?” When they said yes, I thought that we could deal with whatever else had happened.”

At the hospital a consultant told Tom’s distraught family that he had less than 1% chance of living. 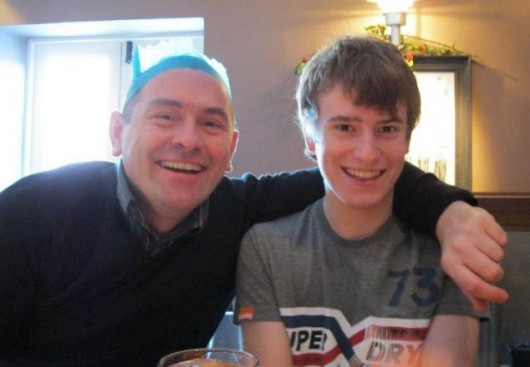 Speaking of the moment when he and his wife Sue made the decision to switch off Tom’s life support and donate his organs, Steve said: “It would have been easier, if I am honest, to say no.”

“It would have been much easier to say, “No, leave him alone, he’s been through enough. I don’t want you to touch him.”

“But that wasn’t Tom’s wish. That was just me as a father trying to protect him, but if we had wavered, there would be people who wouldn’t be alive today.”

“They go down the road of asking you what organs you would like to give your authority to be used and it is literally a tick list starting with “Do you want the heart to go? Lungs?” It is almost as if you are agreeing to let your loved one go for every tick in the box.”

Will also revealed the difficulty he had accepting that he’s only alive because of Tom’s death: “What really affected me was when I went on Tom’s memorial page and saw that he came from Bristol, where I had been at university until I became ill. He seemed quite similar to me and that was hard to handle.”

The last word goes to Steve, who told Will: “I feel like [my son’s heart] couldn’t have gone to a better person. I feel privileged that it is you. Strange to think that a part of Tom is in you and he is helping you to survive.”