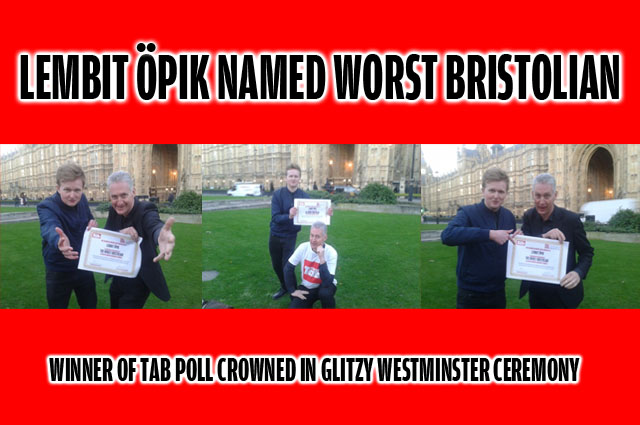 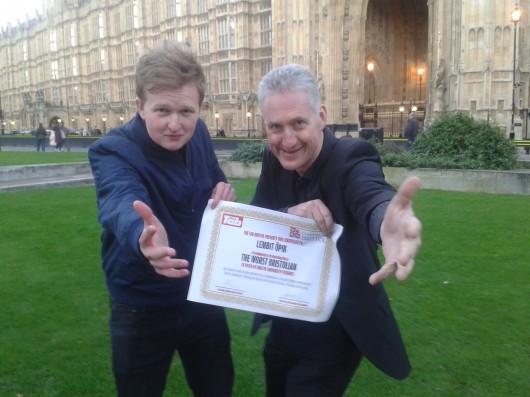 This pose was Lembit’s idea. Seriously.

After some fairly clandestine negotiations, Lembit agreed to meet The Tab in London so that we could celebrate his achievement by presenting him with this prestigious certificate. 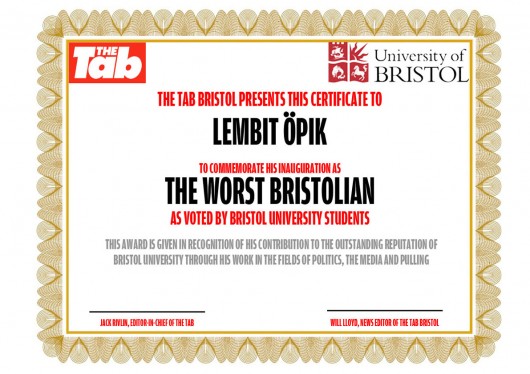 Instead of meeting us at his office in East London, he requested that The Tab meet him in his old stomping ground of Westminster. It seemed as if a slapdash decade of minor celebrity and political ignominy had done little to diminish our Lembit’s sense of theatre.

This was duly confirmed when Lembit promptly pulled on a Tab t-shirt within minutes of meeting us and started throwing some shapes as he posed for pictures outside Parliament. 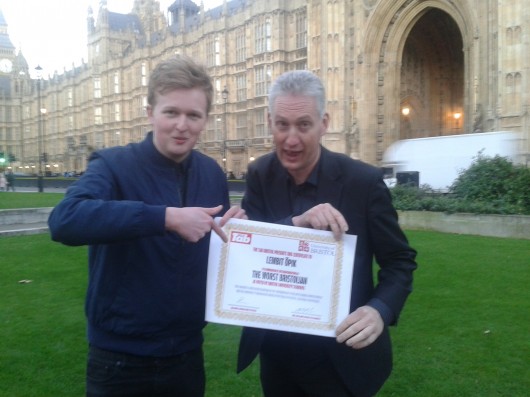 It wasn’t clear if Lemberz had actually read the certificate at this point. 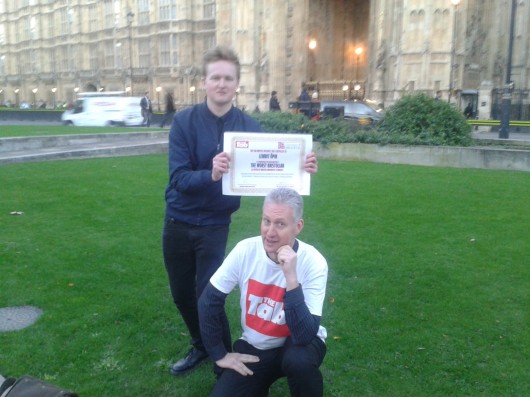 Always wise to exercise caution when standing too close to Lemby.

Asked why he thought that the students of Bristol had overwhelmingly nominated him as their worst graduate, Lembit said that he is a “marmite” figure and that his notoriety, not his actual actions, were responsible for him claiming the crown.

Lembit remembers his days as an undergraduate fondly and still keeps in contact with friends he made at the time.

Touchingly he claims that beyond his philosophy degree, he earned an NVQ in “love and relationships”. 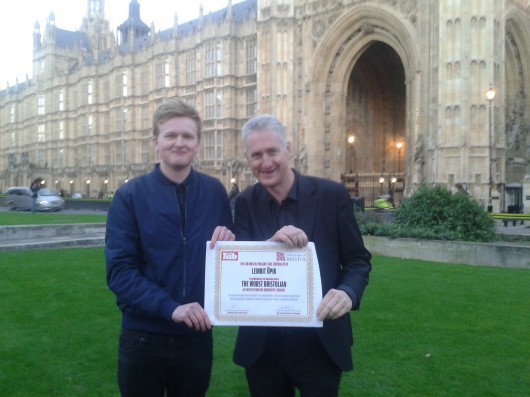 Before he read the certificate Lembo was pretty chuffed with it.

Lembit’s time at Bristol wasn’t without its pitfalls however – he once ‘sold’ a motorbike to a customer who never paid for it – although Lembit was quick to add that this ungallant thief was not a Bristol student. 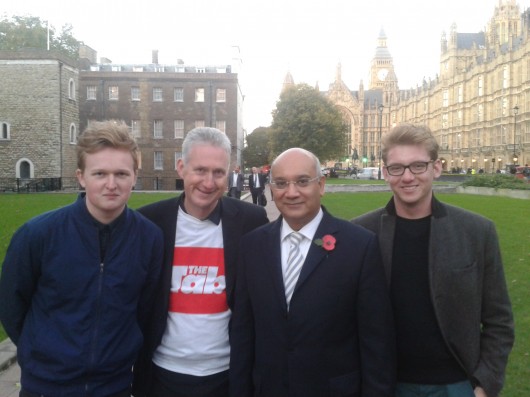 Lembit, with the Tab’s Will Lloyd (left) and Harry Hodges (right) in tow, also bumped into a slightly bemused Keith Vaz, MP for Leicester East.

Lembit retains a “strong connection” to the University and plans on visiting to give a talk to students (and perhaps hit up Lizard Lounge) sooner rather than later.

What does the future hold for Bristol’s worst ever graduate? Lembit isn’t too sure –  but whatever he does it will be informed by what he (worryingly) terms his sense of  “cheeky mischief”.