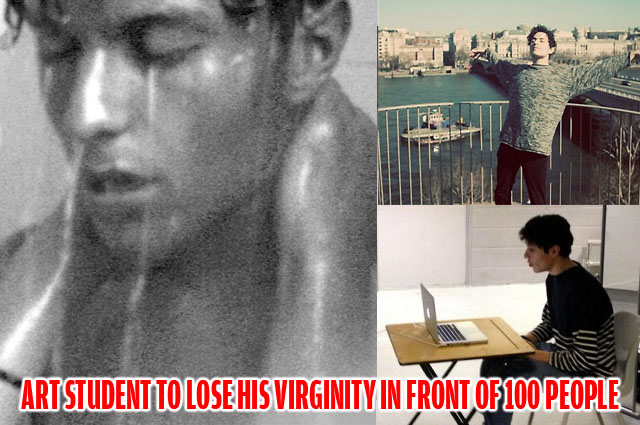 Art student to lose his virginity in front of 100 people

A brave student plans to lose his virginity in front of a crowd as part of his art project.

Clayton Pettet, 19, is set to have gay sex for the first time in a gallery full of spectators for a project entitled “Art School Stole My Virginity”.

The Central St Martins student reckons his ‘performance art project’ will earn him rave reviews for challenging the idea of sexuality.

The deflowering is set to take place before an audience of between 50 and 100 in a space in Hackney, London. 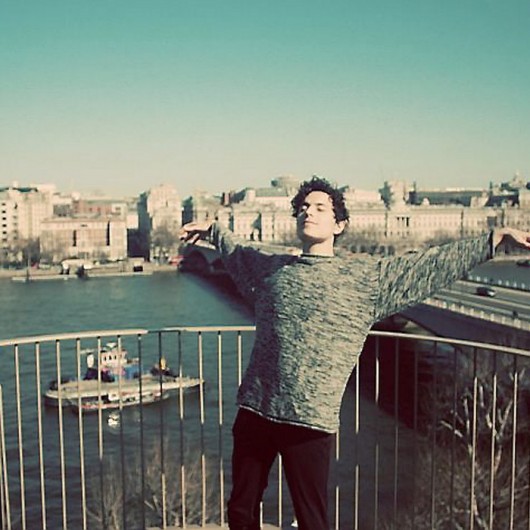 Clayton Pettet says he wants to challenge the idea of sexuality

Clayton and his friend will engage in safe sex until completion before asking the audience what they thought of the performance.

But the second year has been accused of cheapening sex and art with the stunt, which will take place on January 25 next year.

Clayton, who has been planning the event for three years, said: “The key thing about performance art is that it should only be performed once, and this is the ultimate once-in-a-lifetime performance.

“I’ve held on to my virginity for 19 years, and I’m not throwing it away lightly. Basically it’s like I am losing the stigma around virginity.

“I want the audience to see if anything has changed between me and my partner.

“Since culturally we do hold quite a lot of value to the idea of virginity I have decided to use mine and the loss of it to create a piece that I think will stimulate interesting debate and questions regarding the subject.” 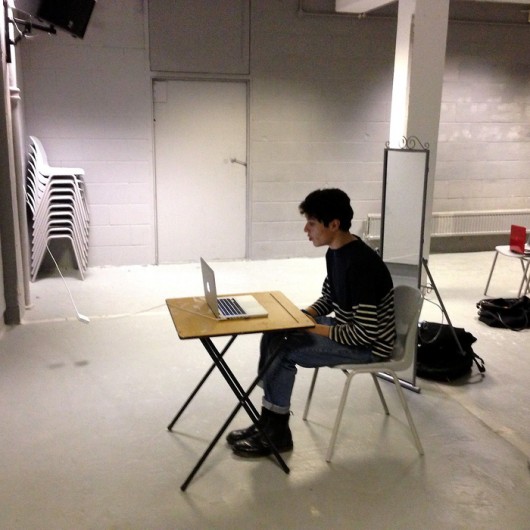 But gay campaigners have slammed Clayton’s decision to lose his virginity in public.

The Lesbian and Gay Christian Movement say the project is not art and cheapens the special relationship of sex between loving partners. 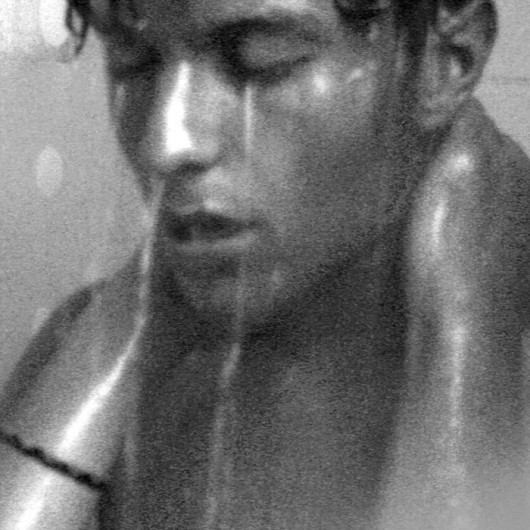 Clayton plans to stimulate debate with his performance

Spokesperson Rev Sharon Ferguson said: “I’m not quite sure how that’s art. My view is that we believe that all sexuality is a gift from God.

“It’s about what you do with it and how we use it is an expression of our love for God. For my imagining in sex as an art form, I don’t think this falls into that category.

“My issue is around is this the right expression of someone’s bodily sexuality? As an art project in front of an audience, where is the love, respect and mutuality in that?